I understand that most people will be donating stuff to help out Iowans, but say you don’t like Iowans all that much, I have an alternative for you. That alternative starts with a geography lesson.

Jesse is going to Honduras to do some mission work through his church, but rather than trying to explain such things I’ll just repost his e-mail because he can explain things better than me.

I am very excited to be leading a missions expedition to Honduras with myself and 8 college students! Honduras is one of the 5 poorest countries in the Western Hemisphere with an annual household income averaging US$3,300 per year. While each person’s goals are only known by themselves, our mission is to try and improve (or put in place a means for improving) the lives of as many people as we can in 7 short days. We will be living in a small village south of Comayagua which is home to nearly 350 orphaned children. There are no electric utilities or plumbing in this community and water must be collected daily. Our group will be digging wells, assisting in the orphanage, and carrying in much needed supplies to our new family. Our team is only bringing enough clothes and other supplies that will fit into our carry-on luggage, and we will be bringing 2 other suitcases filled with as many items as we can that this community desperately needs.

I am asking each of you if you might have any of the items listed below that you would be willing to donate. I am leaving one week from Monday (June 30th) and if you would bring the items here, I would be happy to make sure that they are taken down with us.

As always, your thoughts and prayers as we make this journey are appreciated greatly. Thank you all for your consideration.

Now you don’t know where here is, but I can collect any donations that you would like to make and get it to Jesse.

On Tuesday Night, Elainie’s Little League team won their league championship. Below are a few photos.

The game was at night, so there is some digital noise and blurring caused by slow shutter speeds, but you’ll get the general idea. 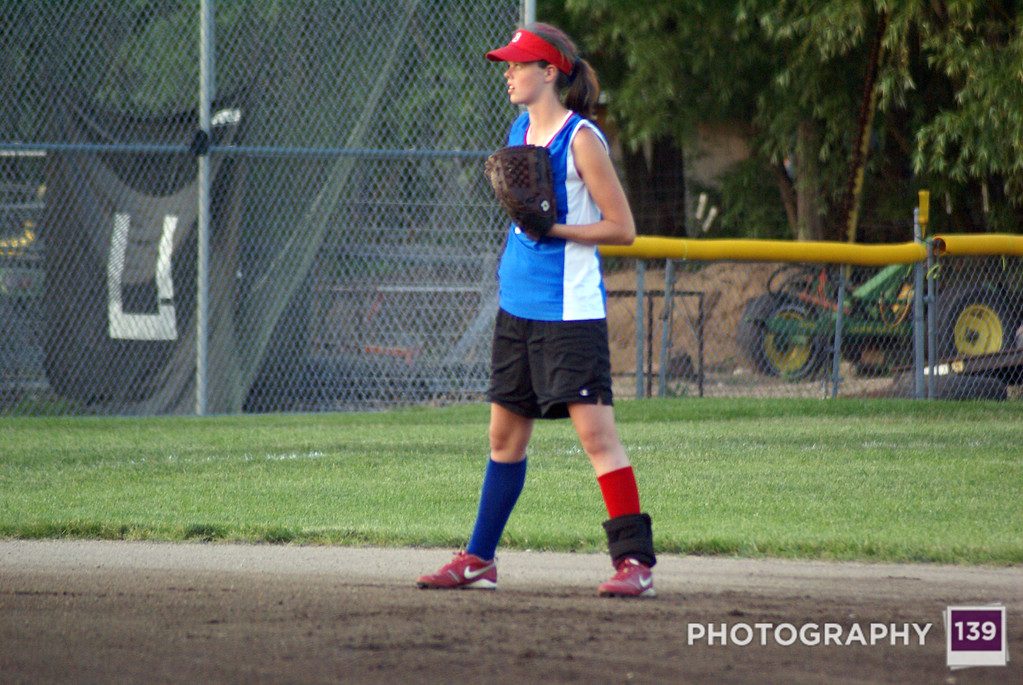 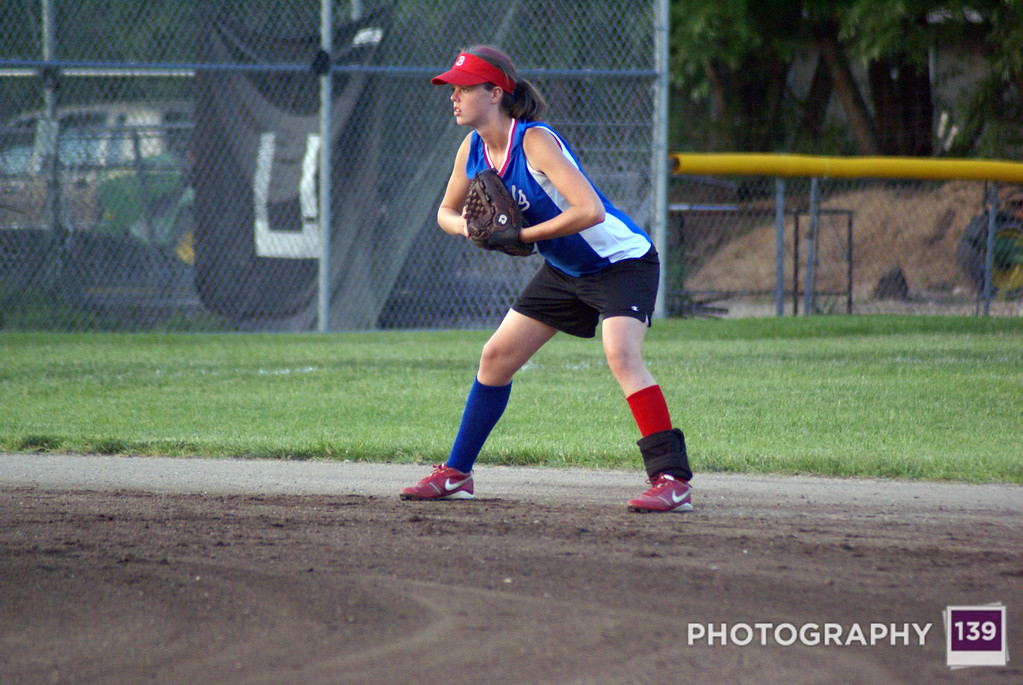 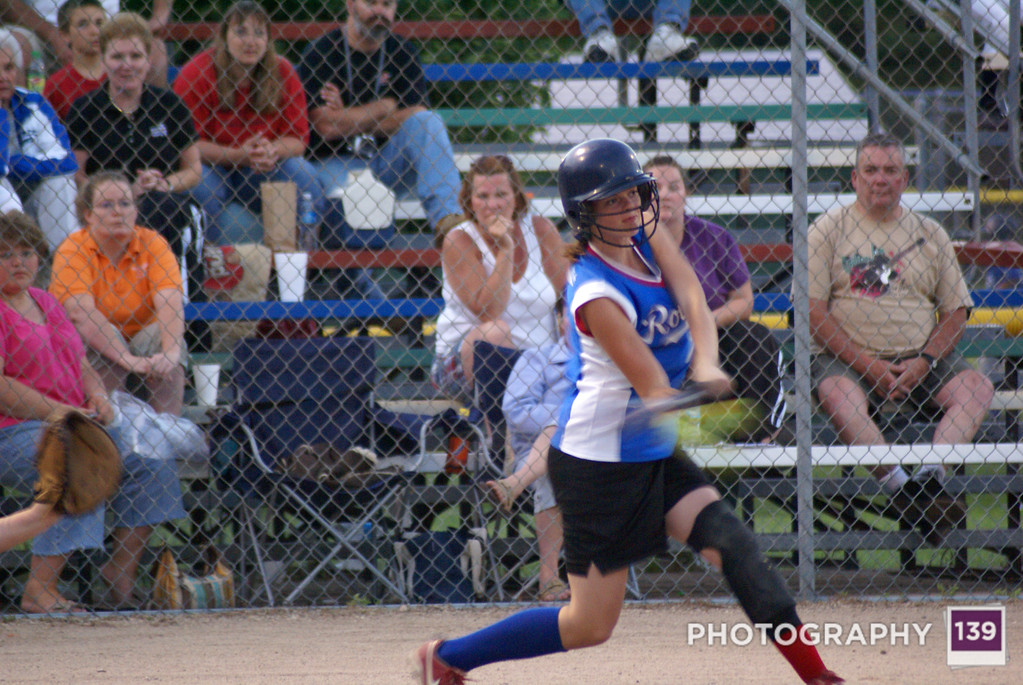 Elainie made the All-Star Team, so I might have to make a couple of those games this year, since it looks like I won’t be able to make any of her 9th grade games.

Saturday was Julie’s going away party. Tomorrow is her last day of work and on Friday she heads out to Montana.

If you subscribe to this blog via RSS Feed or e-mail, you will actually have to go to the website to see the video embedded below:

This video is a rough cut from Ames on a Half Shell from last Friday. My friend Mike Vest came down and shot some video of the event for us.

Although this was actually the highlight of the night:

My church, the First United Methodist Church of Boone, is doing a series of sermons this summer where the Pastors interview a member of the congregation. This Sunday is the second sermon of this kind. The lucky person being interviewed is me.

I’m not really sure how or why I got got chosen for this honor, but if you are awake and bored with your church (or maybe you are looking for a church) or just want to see me go down in flames, you can come to our church this Sunday and watch.

There are two worship services.

All are welcome to come. After all, our church motto is: “Open Hearts, Open Minds, Open Doors”

Last Friday was another hugely successful night for Ames on the Half Shell. The band was Burnin’ Sensations and they were phenomenal. Here are a few pictures from the evening. 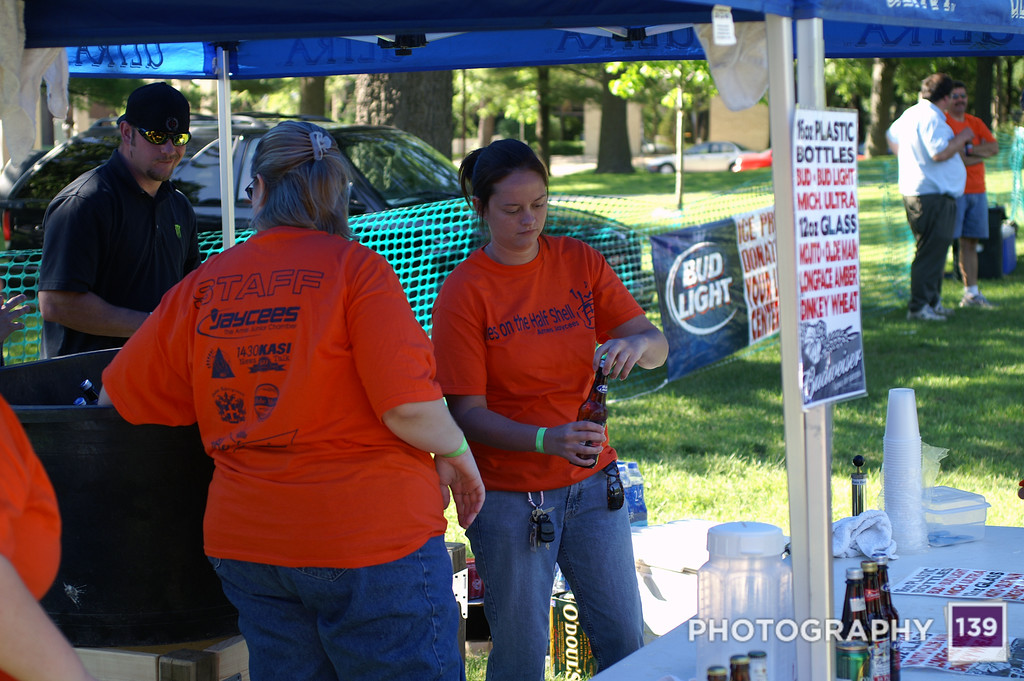 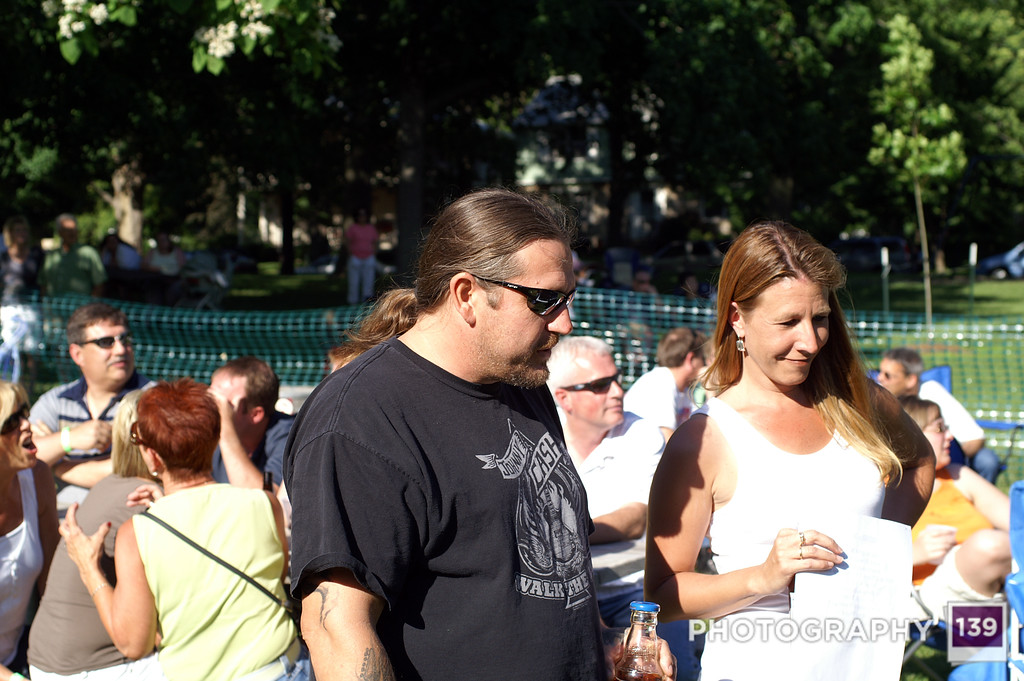 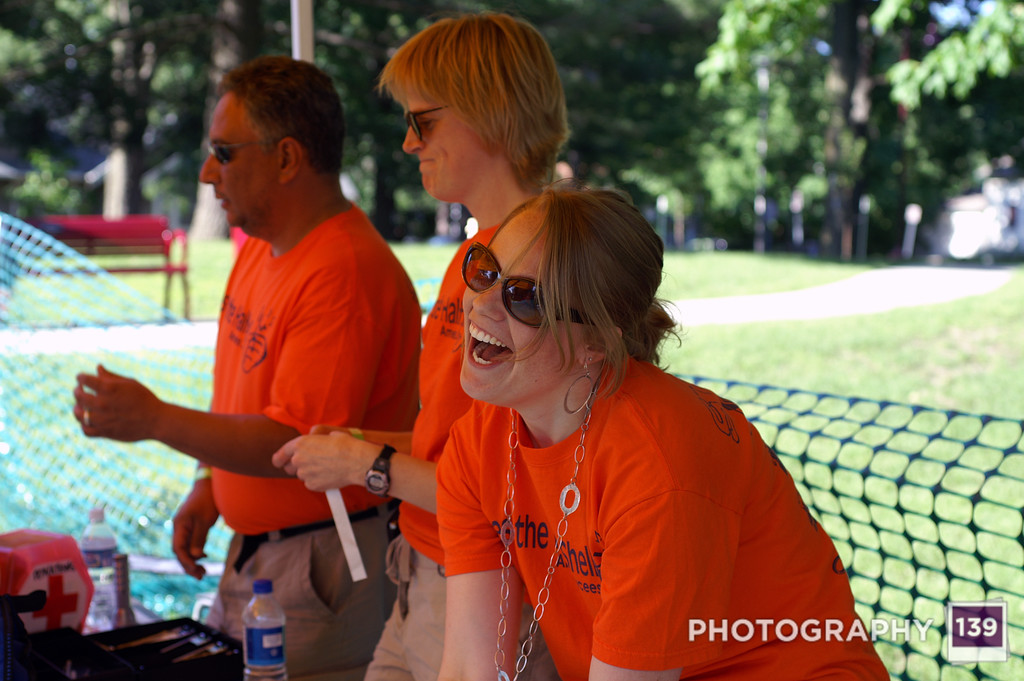 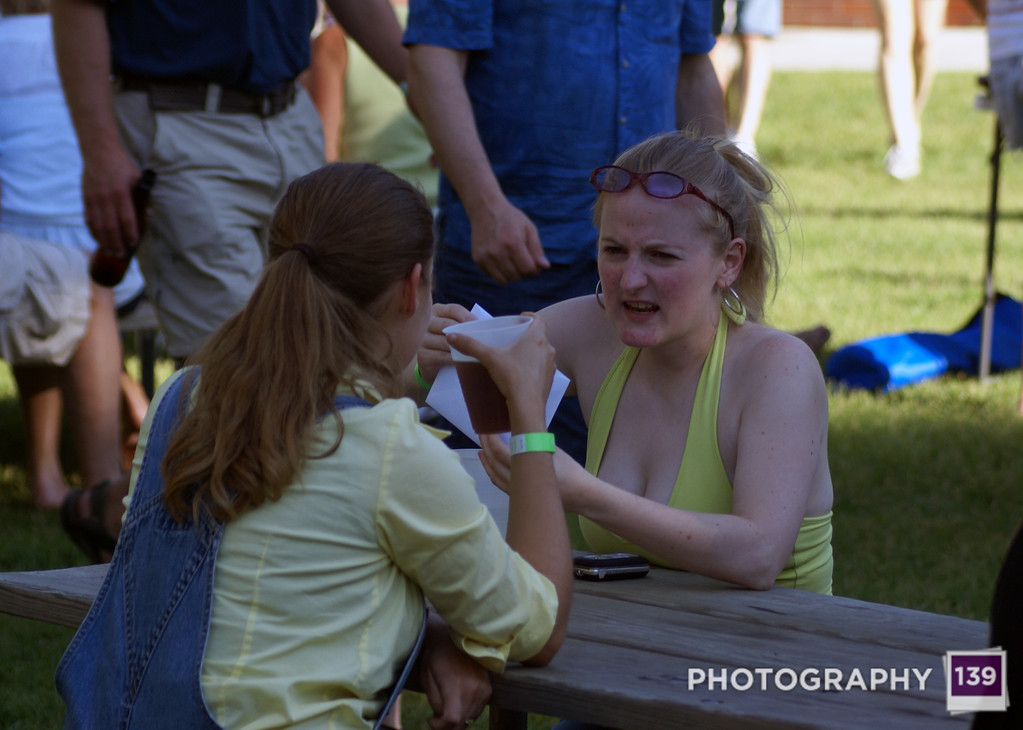 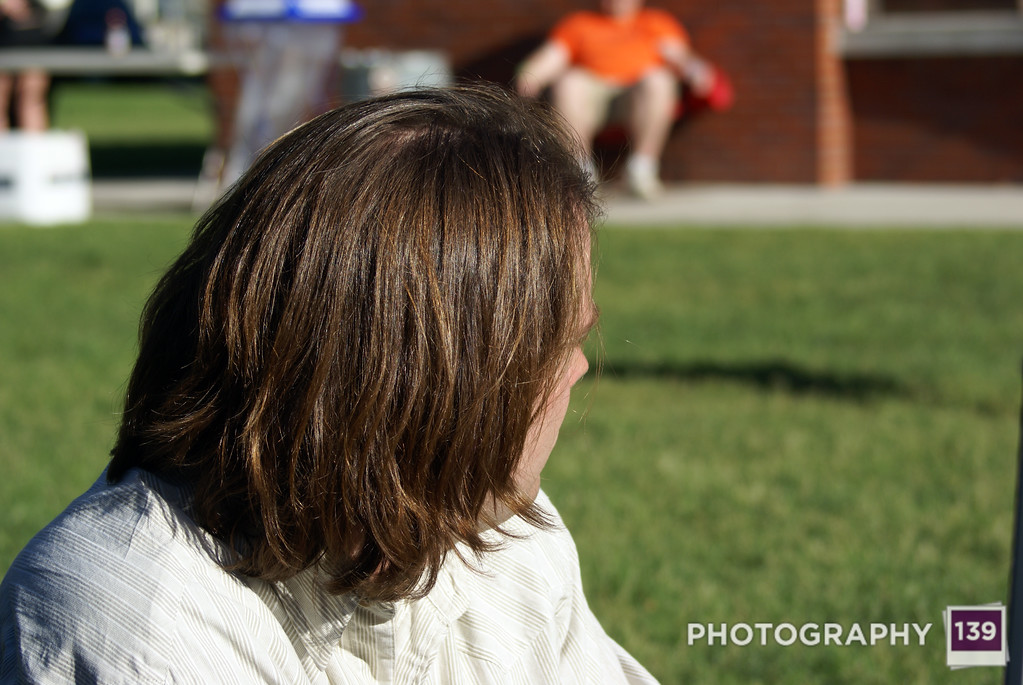 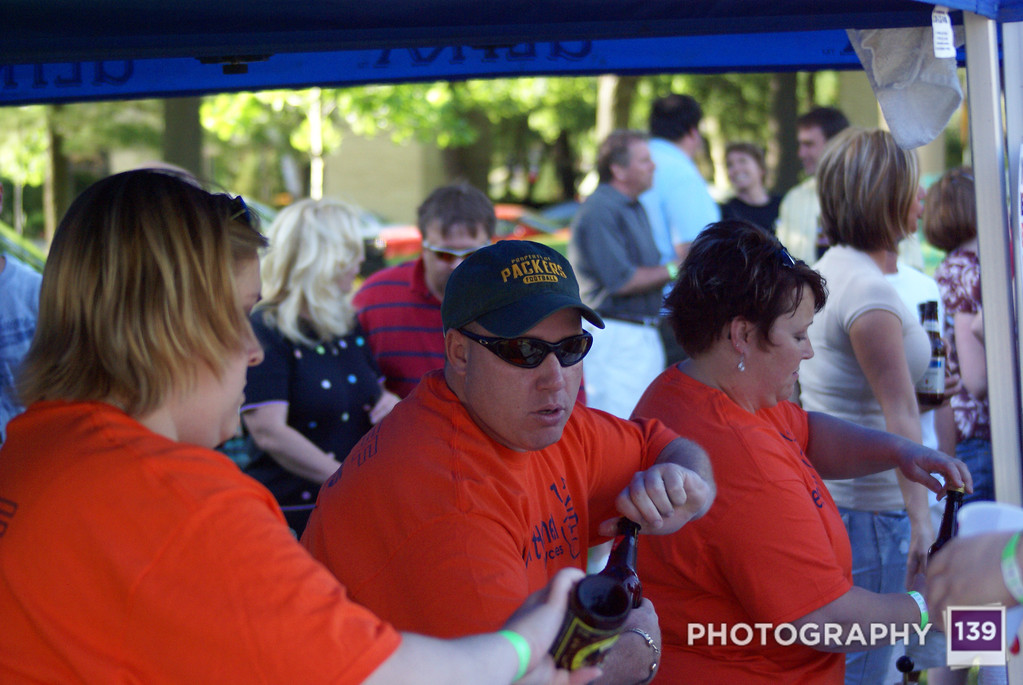 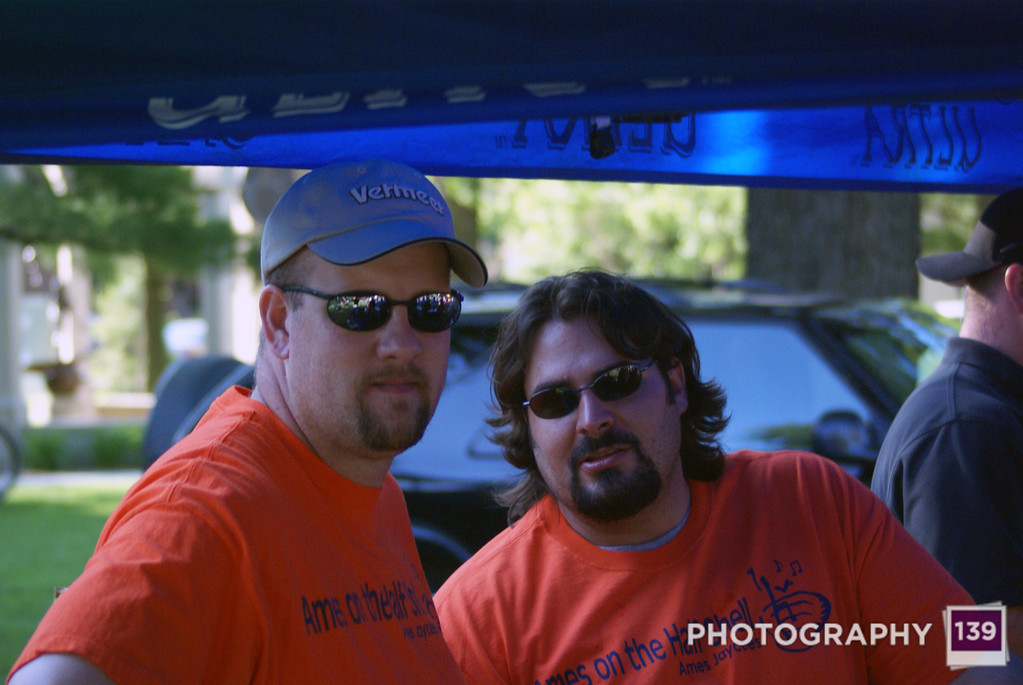 Every once in awhile when I’m editing pictures I find something that amuses me in a picture that was completely unintentional. Sometimes that happens when I’m not really concentrating, but just taking pictures quickly. One of those pictures above amuses me in just such a way.

I took a picture of one of the singers from Burnin’ Sensation out working the crowd. I was impressed by this because they were the first band to really work the crowd in such a fashion. I think if there was somebody standing on top of my table playing a tambourine, I would probably be so impressed I would watch them, but that isn’t the case for everybody. Some people would rather text message.

I also made a panoramic image of the event. These are really hard to post because of their extreme width. So below I spun this image counterclockwise 90 degrees so that you can at least go through the image to some degree. It is also compressed to about 10% of its actual size. In its full resolution it is much crisper.

Of course there are about 40 more images in the Snapshots Gallery in an album named AOTHS-Burnin’ Sensations. It is located right next to the Family Night Photo Album.

I should also point out that I had a new life experience on Saturday. To say it was my life experience isn’t really fair, but I overheard something that I thought I would never hear, not even in Iowa.

After a long discussion about life with Becky on her sweet front porch, I made my way down to Tradewinds for the conclusion of Shannon’s birthday shindig. While I was there I was sitting at a table where a creepy guy was putting the “moves” on a lady friend.

One of the things he said to impress her was that he was once up to his nipples in pig feces. I guess you go with what you got, but if that is what you got, maybe you should lie.

This week the band is Vivace. They are also excellent. They are one of the two bands that I booked. I got to play hardball with them. The conversation went something like this:

Me: So how much do you charge?

Vivace: XXXXXX bucks. A little more for an outdoor show.

Me: Well this is an outdoor show.

Vivace: Well we can keep it the same.

Hope to see some of you there. Even my Corporate Sellout friends.

*Technically 3 bucks gets you an orange token that magically gets turned into beer at the beer tent.

I went up to Boxholm to have lunch with Shorty and Doris on Saturday. As a bonus to the fantastic food, I saw my first snake of the year. No more False Snake Hype! I saw a real snake. 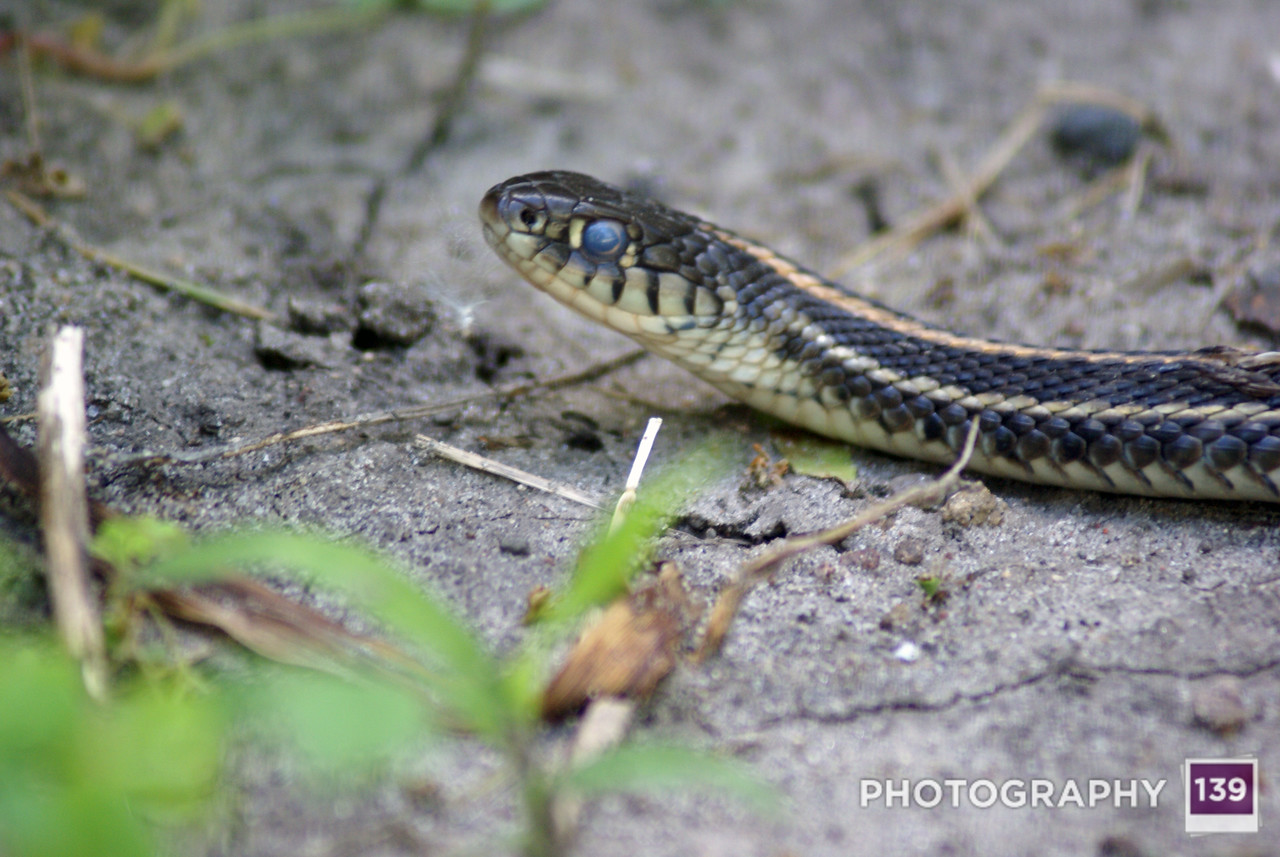 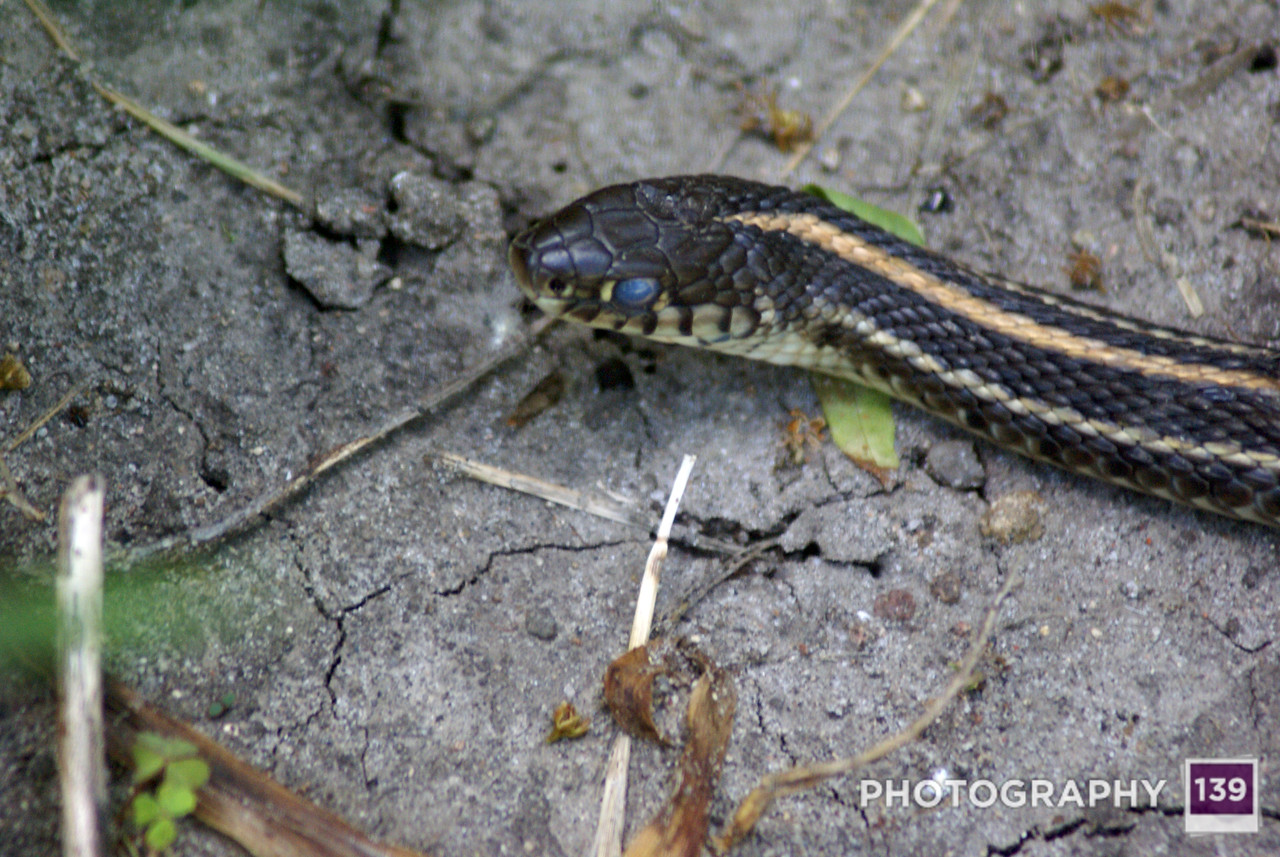 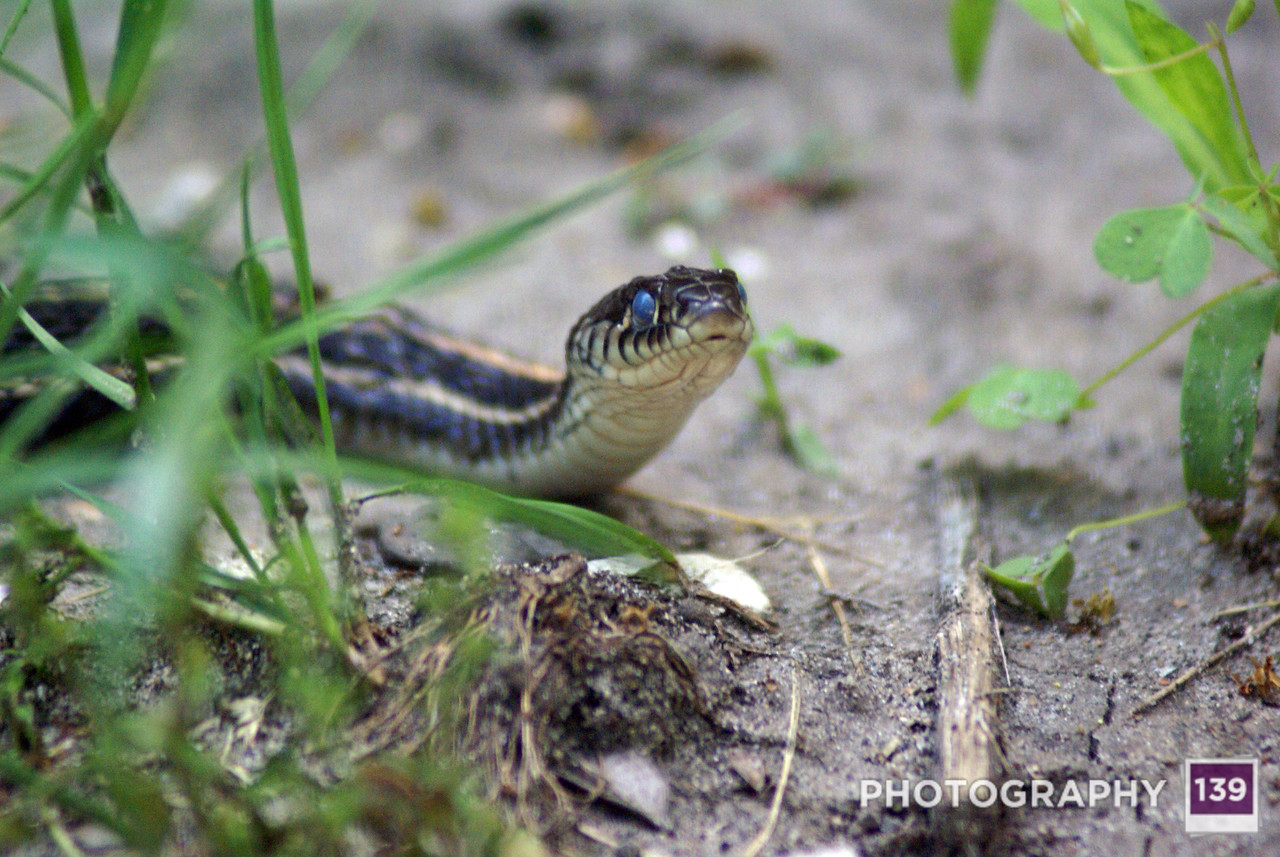 only wish I would have had a photo assistant with me to agitate the snake a little bit. That would have been fun. 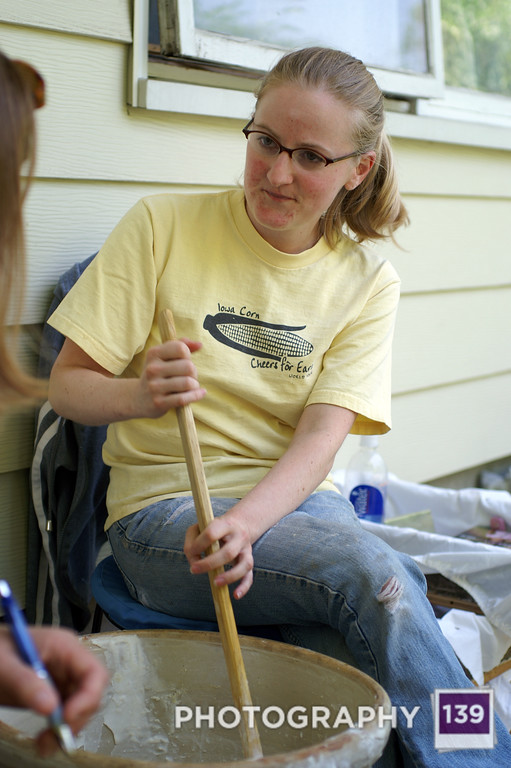 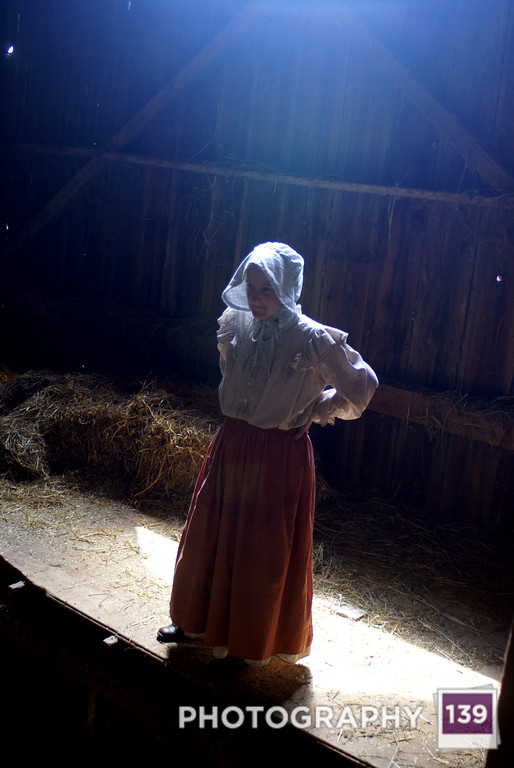 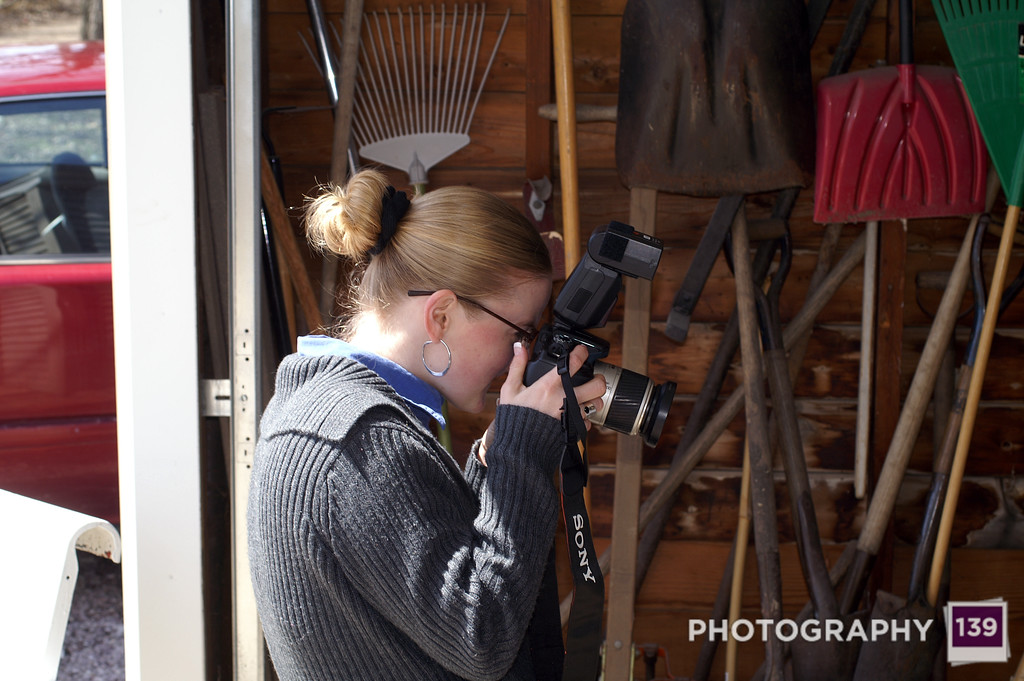 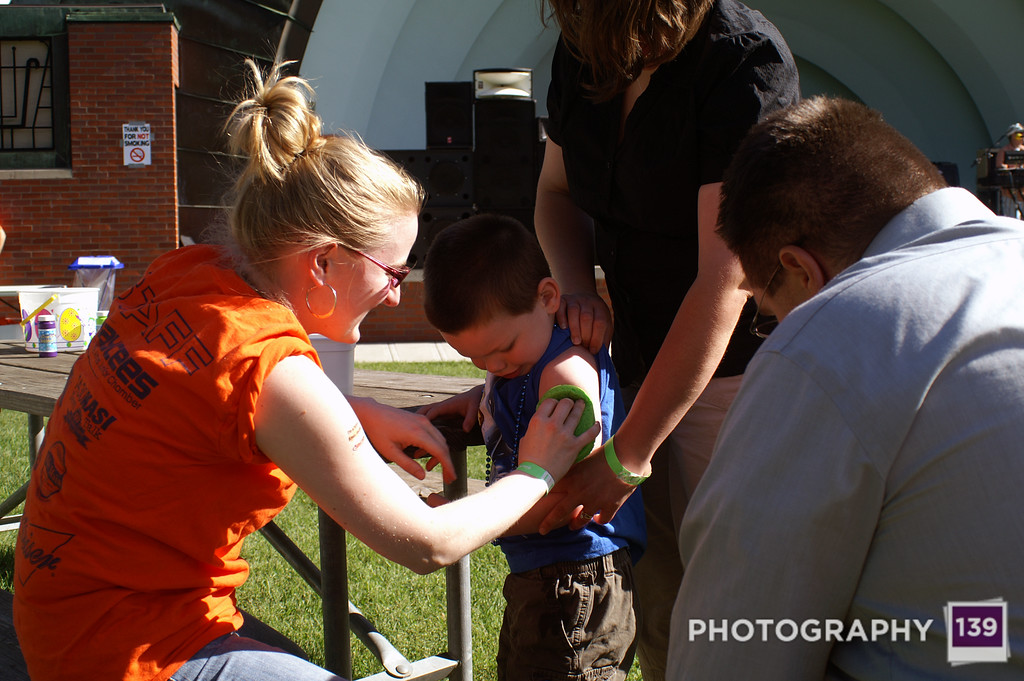 So Relay for Life is coming up pretty darn quick. As it turns out I forgot to start raising money. I have raised some money, but that money consisted of me sitting on my rump when somebody came up to me and threw some cash into my hand and said, “That’s for Relay for Life.”

I don’t want to give you a long winded sales pitch about why you should donate money for Relay for Life and tell you about how cancer has effected my life or the people in my life. I think I can distill the entire thing down to its essence.

So if you have a couple extra bucks stuck in your couch cushions or have a bag full of beer bottles in your basement that need to be taken back and you don’t really have much use for that money and you aren’t mad that I just called you stupid, I would be in your debt if you would throw it my way for Relay for Life.

There are a couple of ways to do such a thing. First you can go to my Relay for Life page and donate there:

You can also just give me money when you see me.

I’m pretty jacked up right now. One of two must see movies of 2008 has finally came to Ames.

Take a look at the trailer. (If you received this through a RSS Feed or e-mail, you will actually have to go to the website to view the video.)

I’m hoping to put together a small platoon of people to go see this masterpiece next week.

Blogger has been flaky at best. If you subscribe to the Journal, you should get an e-mail immediately, but the entry might not be found on the website for a small amount of time. I apologize for the low quality of these scans. I was working with a low end scanner at work.