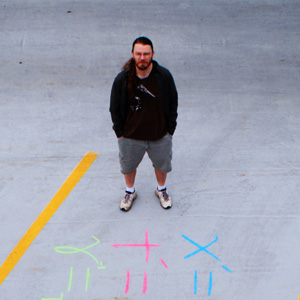 Eric agreed to write the “simple equations” that come from Lorentz’s Transformations of Relativity. Eric wrote out the equations and then we wandered around Iowa State’s campus briefly before going to get some grub.

Sometime after lunch, Eric realized that he had written one of the equations incorrectly. This tortured him.

So he went into Photoshop and corrected the error and sent me this email:

Would you allow the alteration I applied to this photo? Chances are you can’t find the change quickly (or perhaps at all). There’s an integrity to undoctored photos, but there’s also an integrity of mathematical truth, which I violated and have thus remedied.

Here is the image with the equation corrected:

I have no doubt that the initial error might have been caused by the interruption of the security guard that came up to ask us what we were doing. When we explained, he noted that “this” was the “best part of his day”. 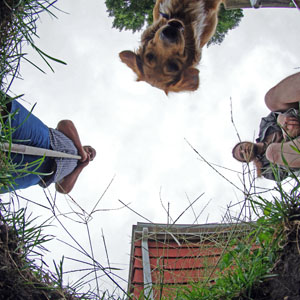 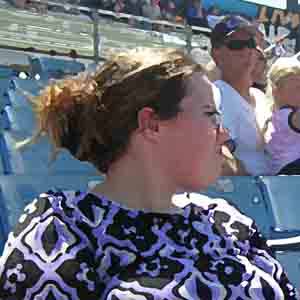 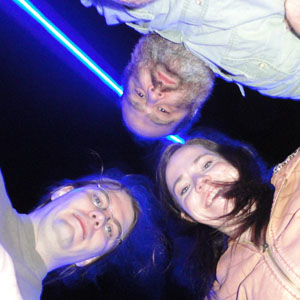 So some of these might be “faked”, but can you prove it? Without checking the exif data?

I wonder what interesting places I’ll go next week? 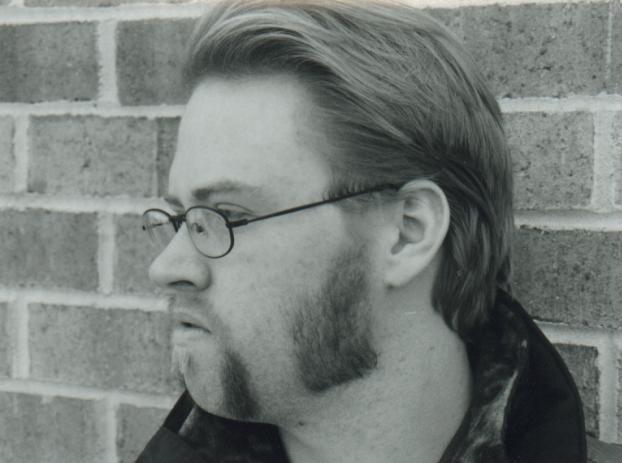 These pictures come from the following folder:

I believe this collection of pictures I emailed to Shawn when we were discussing ideas for an UnHingd publicity still. Not really sure why in retrospect. 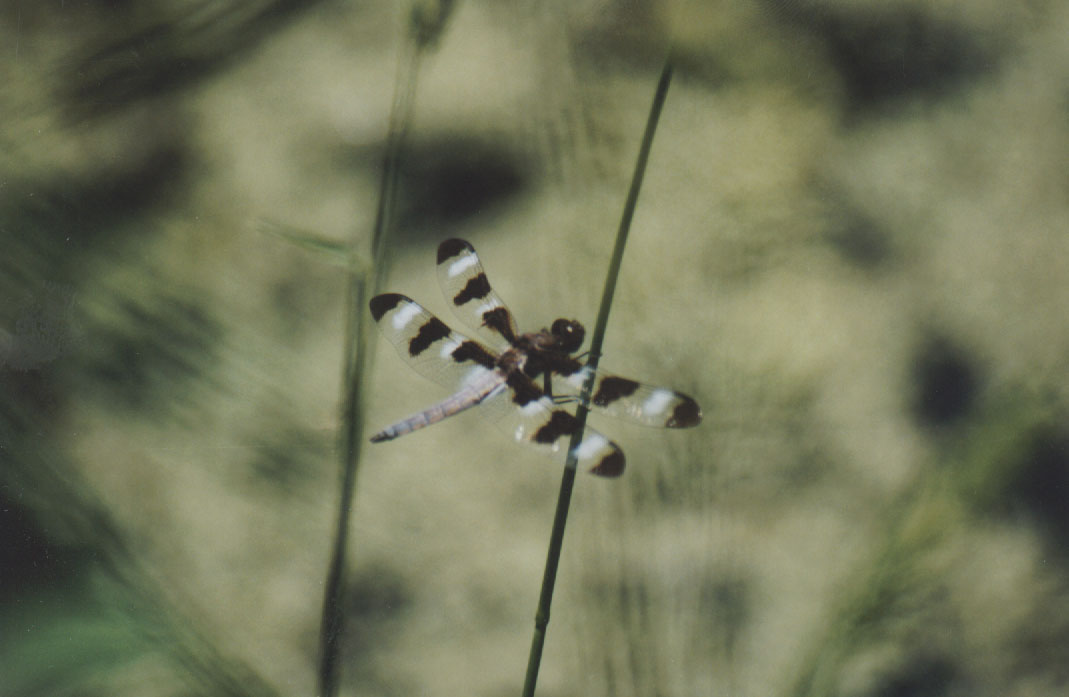 The pictures come from the following folder:

Most of these pictures are in other folders, so there really isn’t much new to see here. 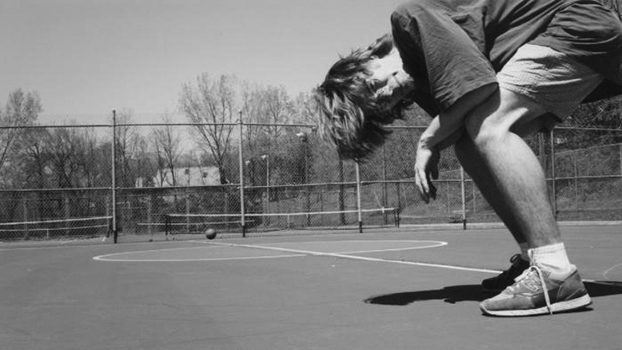 The following pictures are from:

The term “Special Effects” seems to be quite a bit of a stretch. There are only two “special effects” employed in this folder. The most obvious effects are created by filters. The sepia toned pictures were created by printing C41 process black & white film on color paper. 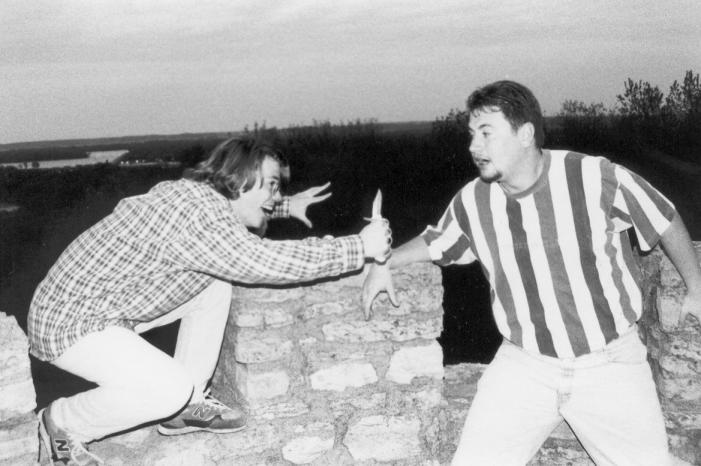 The following images came from:

Real to Life was 1 of the many photo “business” names I have considered over the years.

I’m guessing at some point I considered these to be some of my best or most interesting black & white pictures.

1 of the first black & white pictures I ever took.

This picture was taken with APS. Remember APS? I didn’t think so.

This dead tree was near the Grand Canyon. I always liked the idea of photographing dead trees. Don’t know I’ve ever taken a good picture of a dead tree.

Brandon and Johnathan during Easter

Rick Poore’s hat, glasses, and cigarette. If you look closely you can see Rick and Paul Golden in the reflection. Me too. 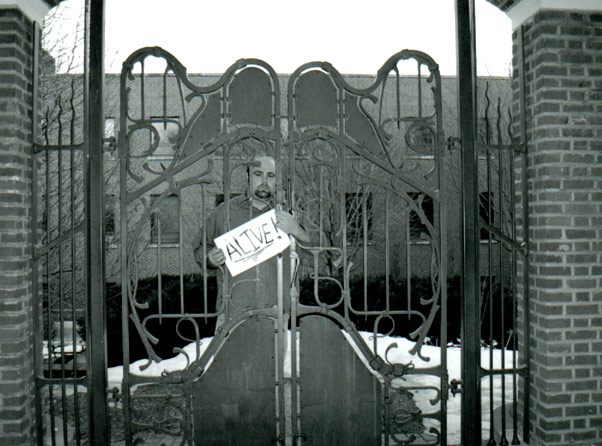 I once had an idea where I had my friends do a little exercise in self-realization. I asked them to pick a word. One word that they wanted the world to think of when the world saw them. Then I had them write that word on a piece of poster board and then I photographed them.

I was going to follow this up with a project where I had them pick one word that they thought was how the world perceived them.

I sometimes think about bringing this project back. Perhaps if bring back the BIG birthday party next year.

These are pictures from the Labels Project.

Next Week’s Folder will be:

Q: What brand of camera does Christopher D. Bennett

A: Sony. I also would have accepted Minolta with a lengthy explanation of how Sony bought out Minolta. If anybody would have listed Sony, Minolta and Holga, well there wouldn’t be words for how I would feel about such a person.

“Only through art can we emerge from ourselves and know what another person sees.”

The military event I admire the most:

This answer won’t make me popular.

I’m actually quite surprised by this question being selected. I’m not really big into the military. I don’t even have much of a family history of military service. My Grandpa Bennett was too young to serve in WWI. He was too old to serve in WWII. My Grandpa Paris served in WWII. Stateside. As a cook. Even though he was entitled to a full military funeral:  The folding of the flag and the Three Volley Salute and the playing of Taps. None of these things were done at my Grandpa’s funeral. This still burns some members of my family. I bring it up not to tear old wounds, but to show how military isn’t a big part of my family’s existence.

The one member of my family that had extensive combat and military experience was my Uncle Dean. He served in Vietnam and he was exposed to toxic chemicals that slowly ravaged his health and finally extinguished his life.

I don’t even have many friends that have military experience. Even one of those few friends had a terrible experience in the military. Ending with his bunkmate committing suicide.

I’m not anti-military, but I also don’t get all jonesed up about the military.  I understand that its existence is a necessary evil, but at the same time our military is way too large. Do you realize that if you take the actual numbers, over 50 cents of every tax dollar spent goes to support the military? You’ll see figures that put it at 20 cents, but those numbers misrepresent how Social Security (among other things) is funded.

All things considered, I would rather 50 cents out of my tax dollar be spent on helping sick children. Helping sick old people. Helping sick middle-aged people.

Maybe a dime or so could go to keeping the military industrial complex welfare machine alive. Many of our technological advances have come through military research after all.

I understand that we need a military. We need it to press our (read Corporate America) economic interests in the world. It is also used on some level to protect us from the evil forces of today. Although if you told me after the Cold War ended that a few years later we would be engaged in a seemingly neverending War on Terror, I would have said, “Shut your mouth George Orwell!”

While I am very pleased with the recent retraction of “Don’t Ask Don’t Tell” and I admire the heck out of Iowan and Medal of Honor winner Sal Guinta, the military event that occurred in 2010 that I most admire was the ending of military operations in Iraq.

The war began in March of 2003. During its peak, there were 165,000 American soldiers in Iraq. About 4,400 American soldiers died in Iraq. We will never know for sure, but it is estimated that 100,000 Iraqis were killed. Don’t just skim past that number. Where I come from (a little place I like to call Christianity), a human life isn’t less valuable because it isn’t American. Or Muslim for that matter.

I make this a separate sentence because I want to make it clear that I don’t consider the waste of life to be anywhere near on par with the waste of money, but as I write this the war on Iraq has cost this nation $747,323,475,195 and made us not even the slightest bit safer.With lack of Wall Street regulation and mind-blowing levels of corporate greed as contributing factors; our economy has been a casualty of this war.

With the ending of military operations in Iraq, there are less than 50,000 American troops left.

I know that is still a huge number and I know that we aren’t going anywhere. Just like how we are still in Germany, Japan and Korea. However it is a movement in the right direction. A movement to hopefully returning the United States back to being a nation of peace. A move back to being the “city upon a hill.” Yep, that is Jesus talk.

Christopher D. Bennett bowls on Monday nights. What is the name of his bowling team?

Leave your answer in the “Comments” section of this journal entry.