This is really a continuation of more pictures of the wedding principals taking it easy backstage before the big show. 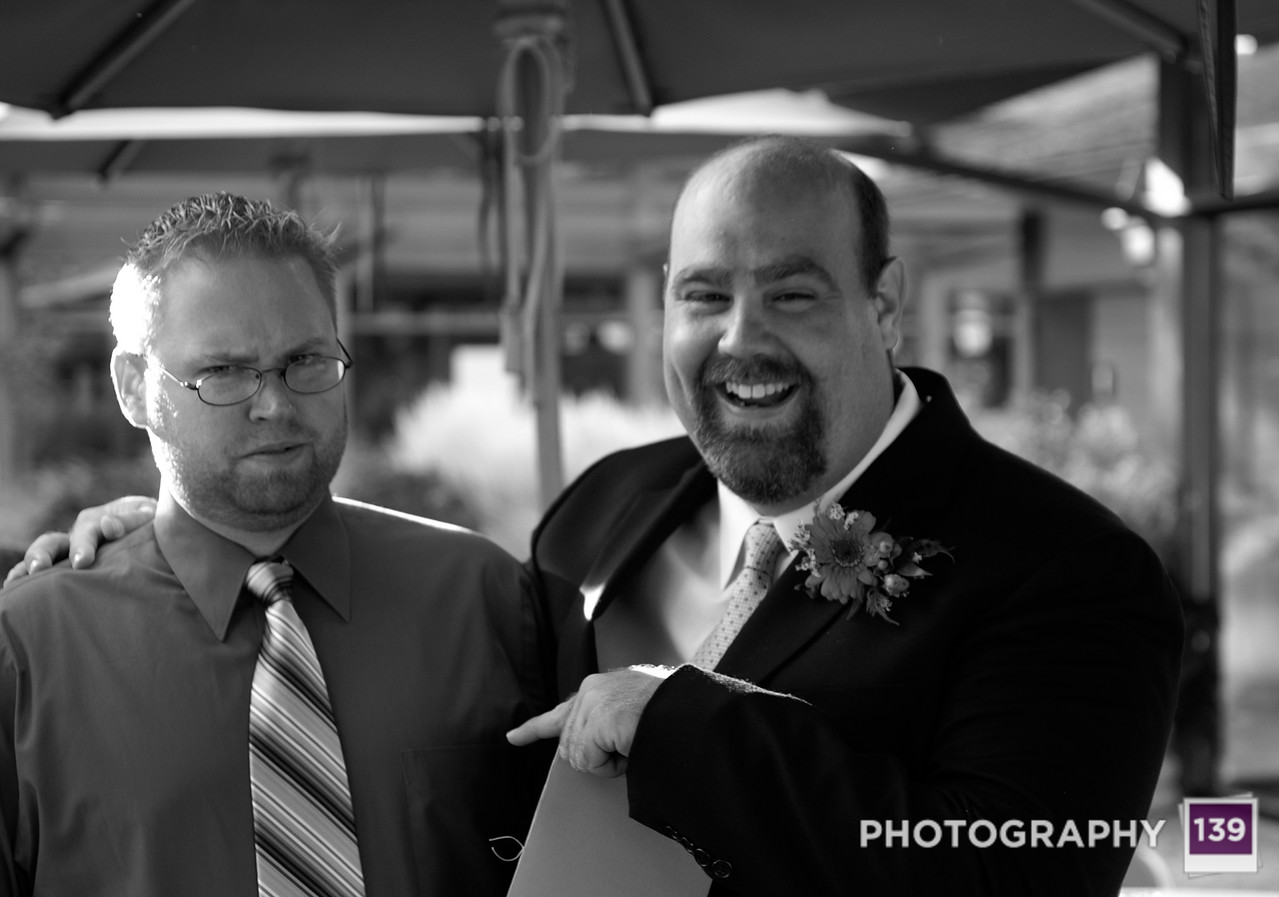 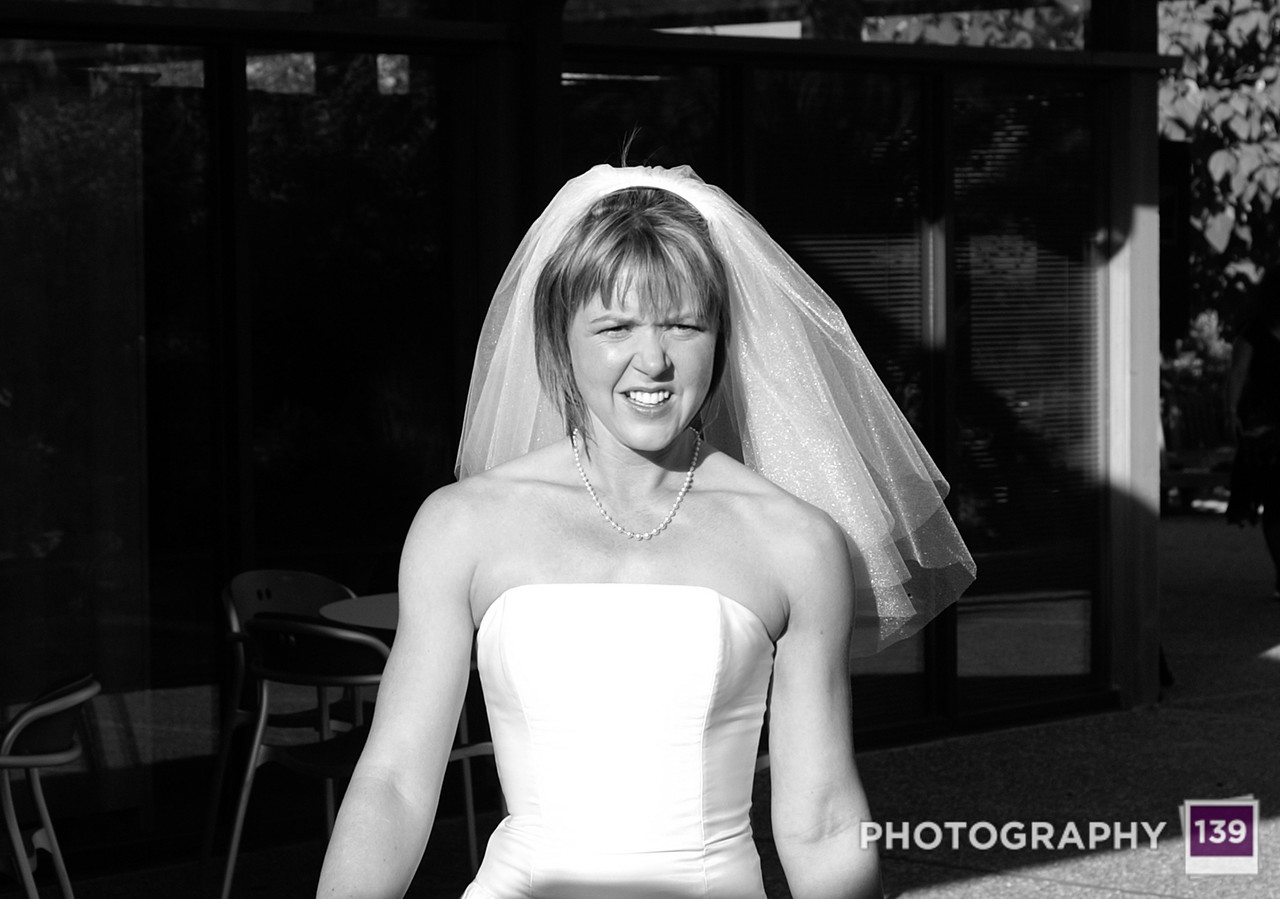 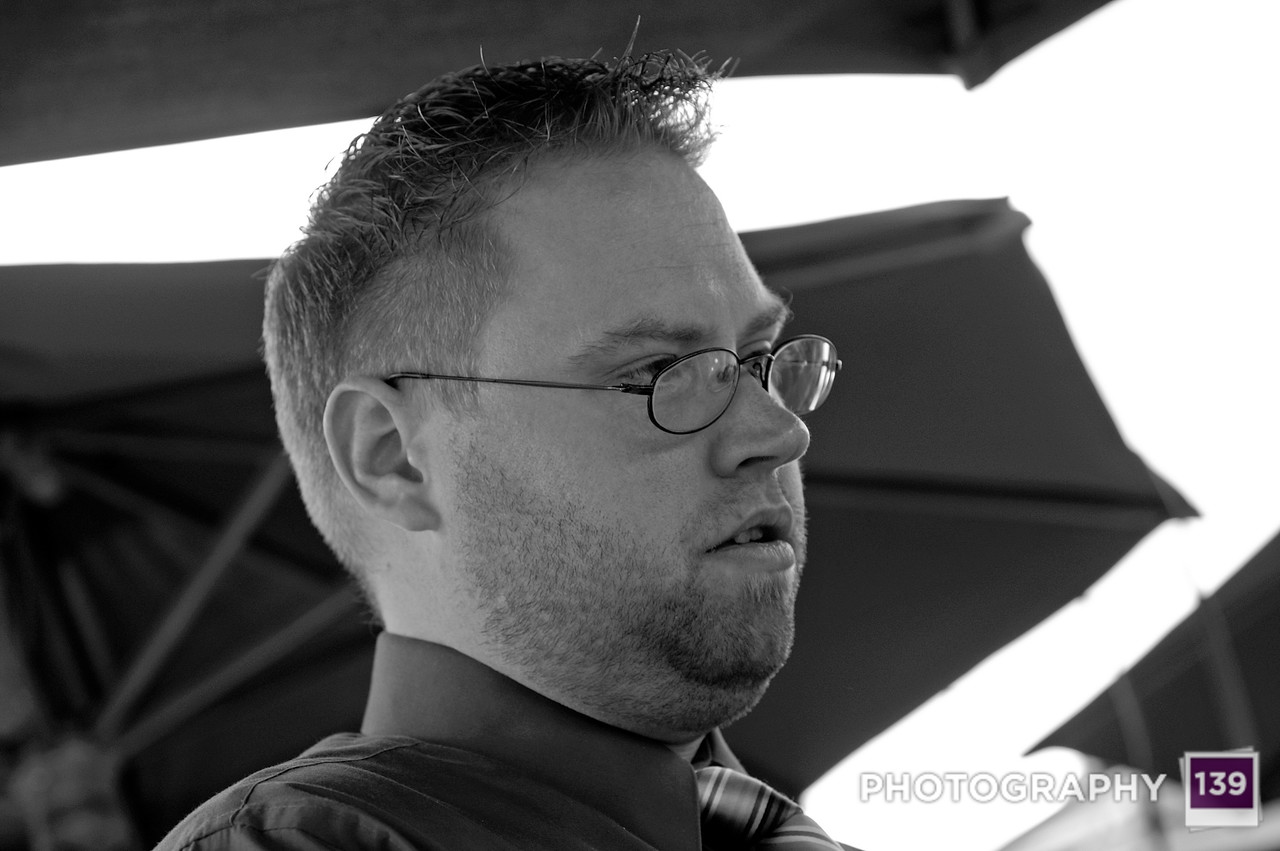 Monica took the pictures of me, including my picture with Jay, the one where he reveals that he truly doesn’t like me all that much.

I didn’t take many pictures from The Wedding of the Year because I was quite busy being a triple threat: Groomsman, Usher and Reader Guy. However, I did manage to snap off a few photos here and there. 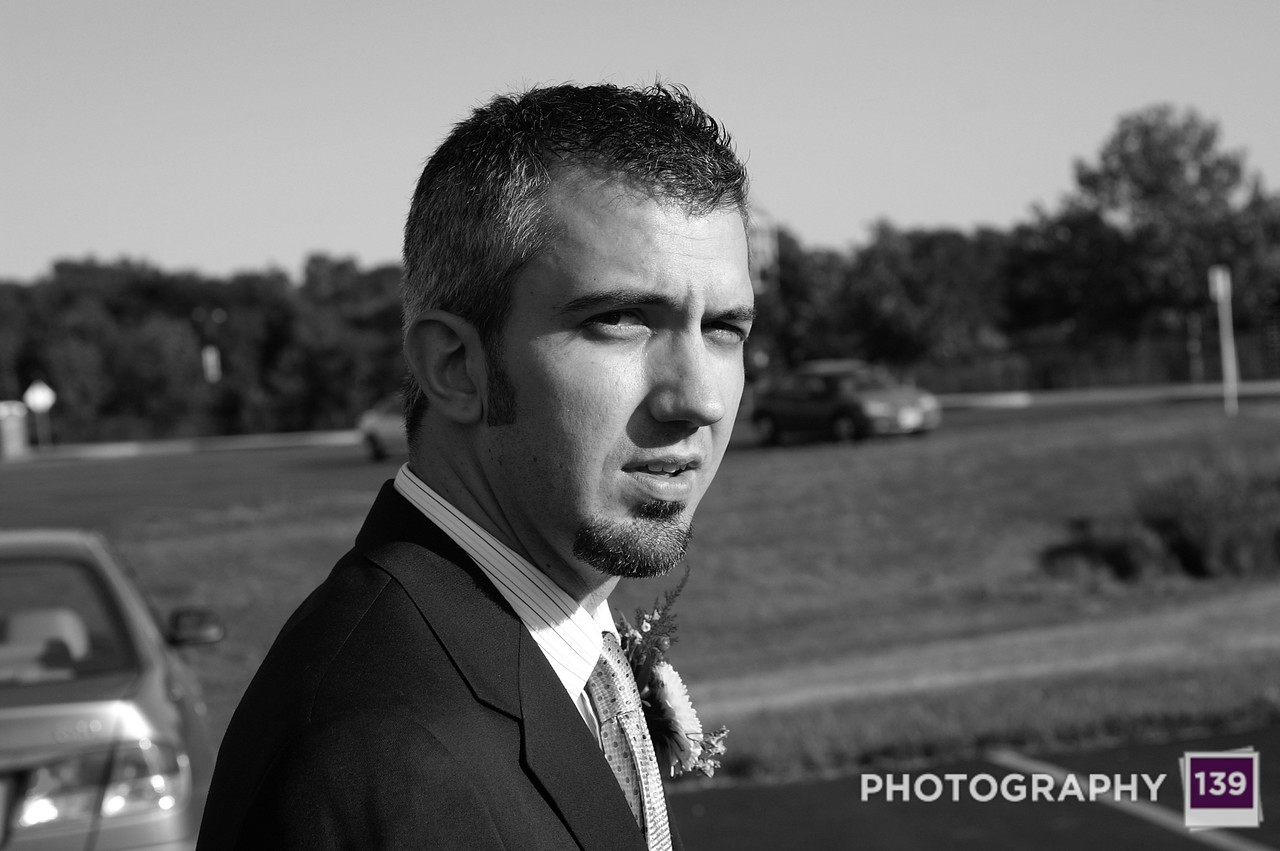 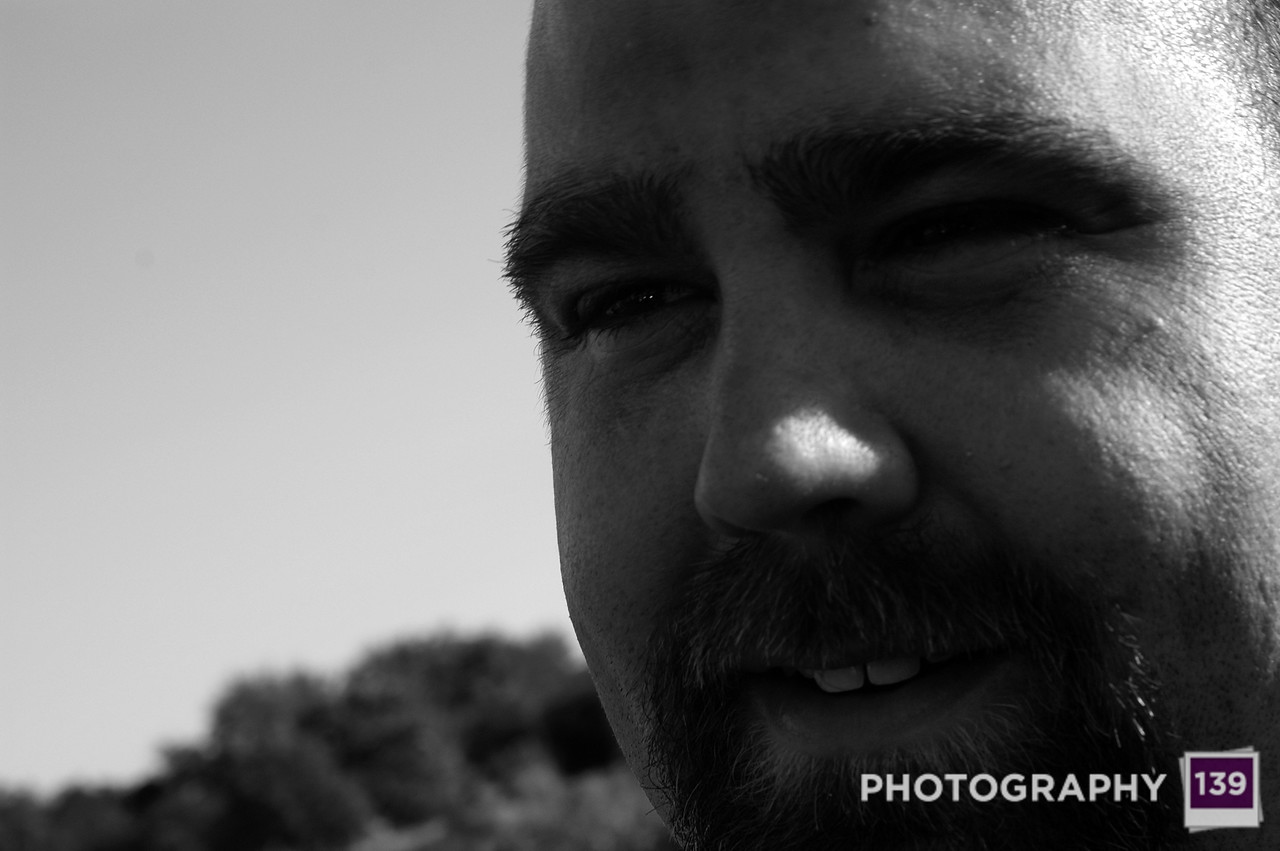 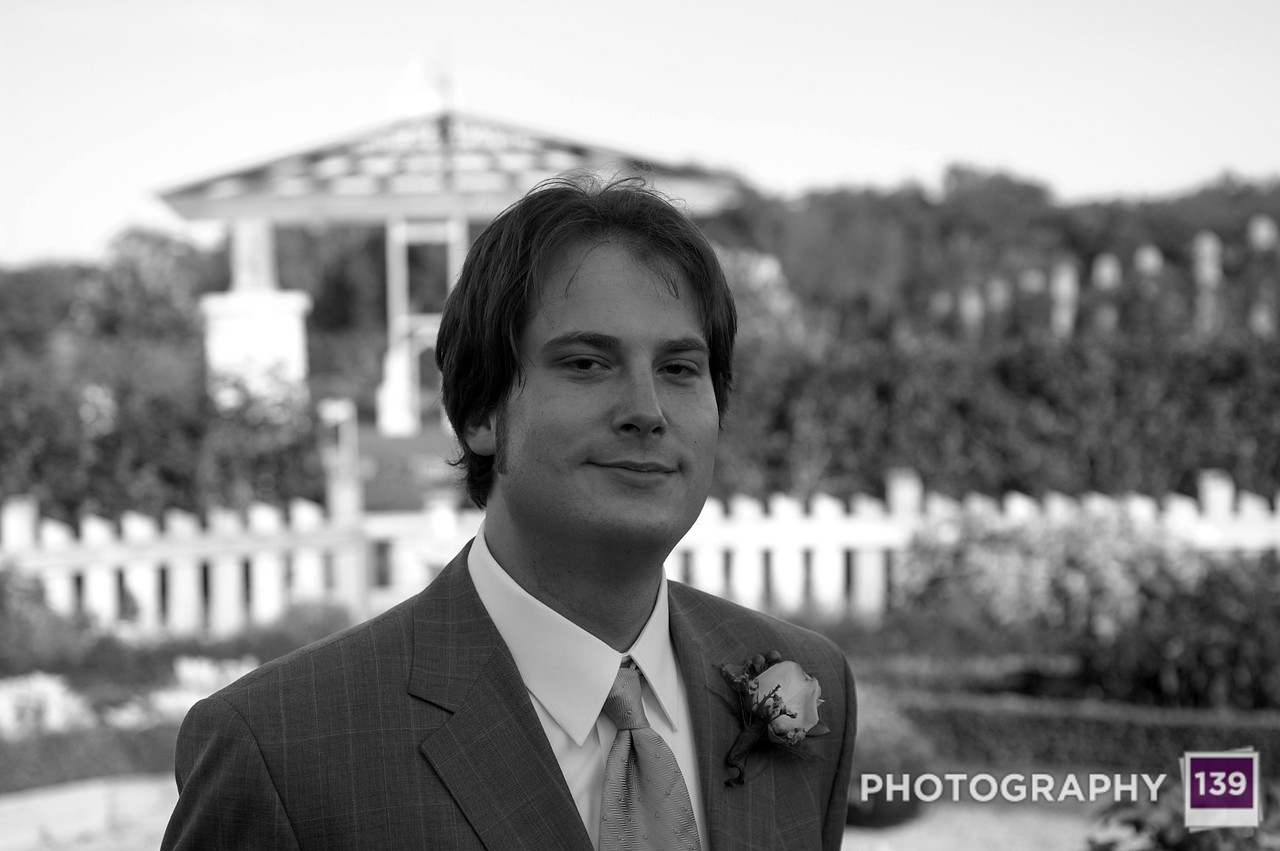 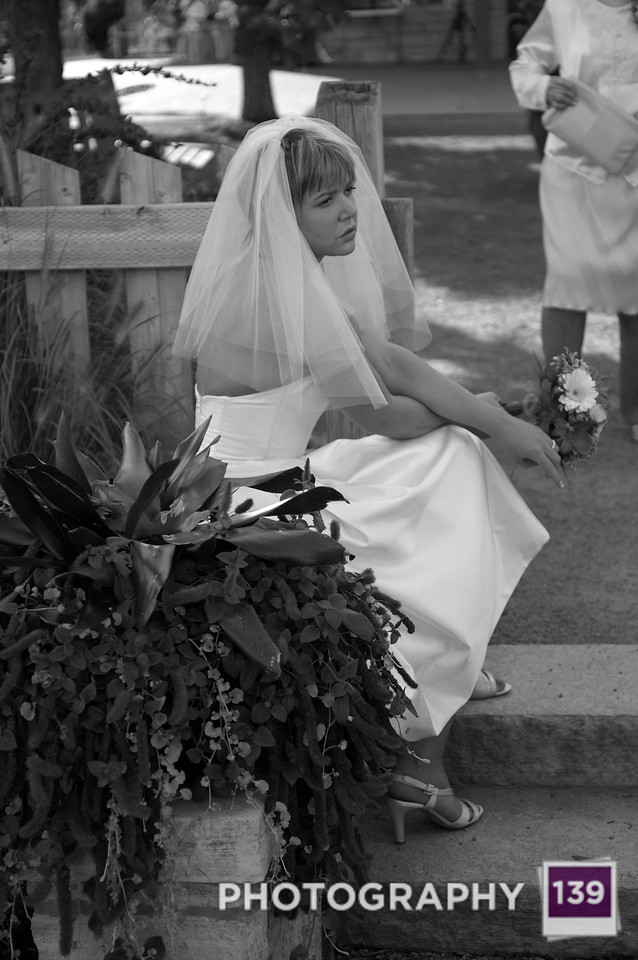 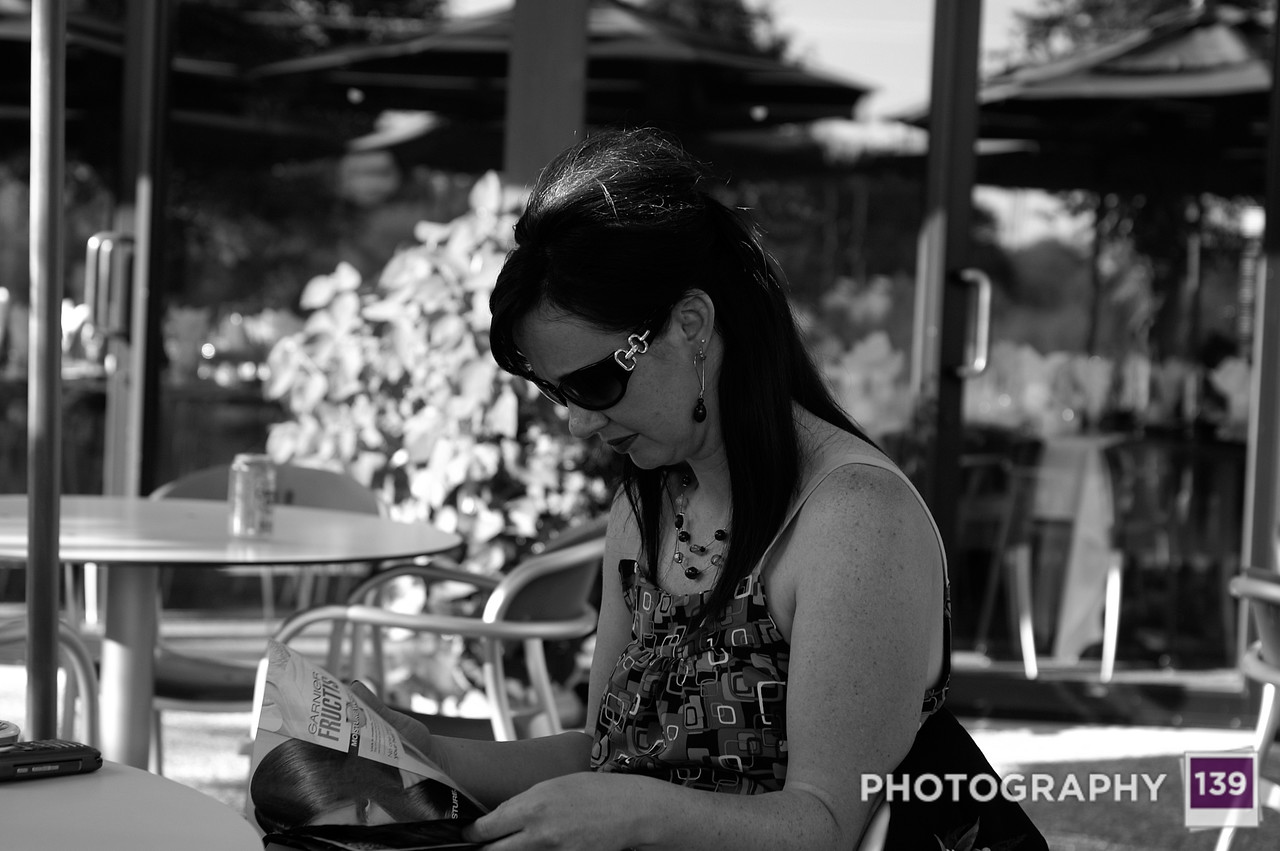 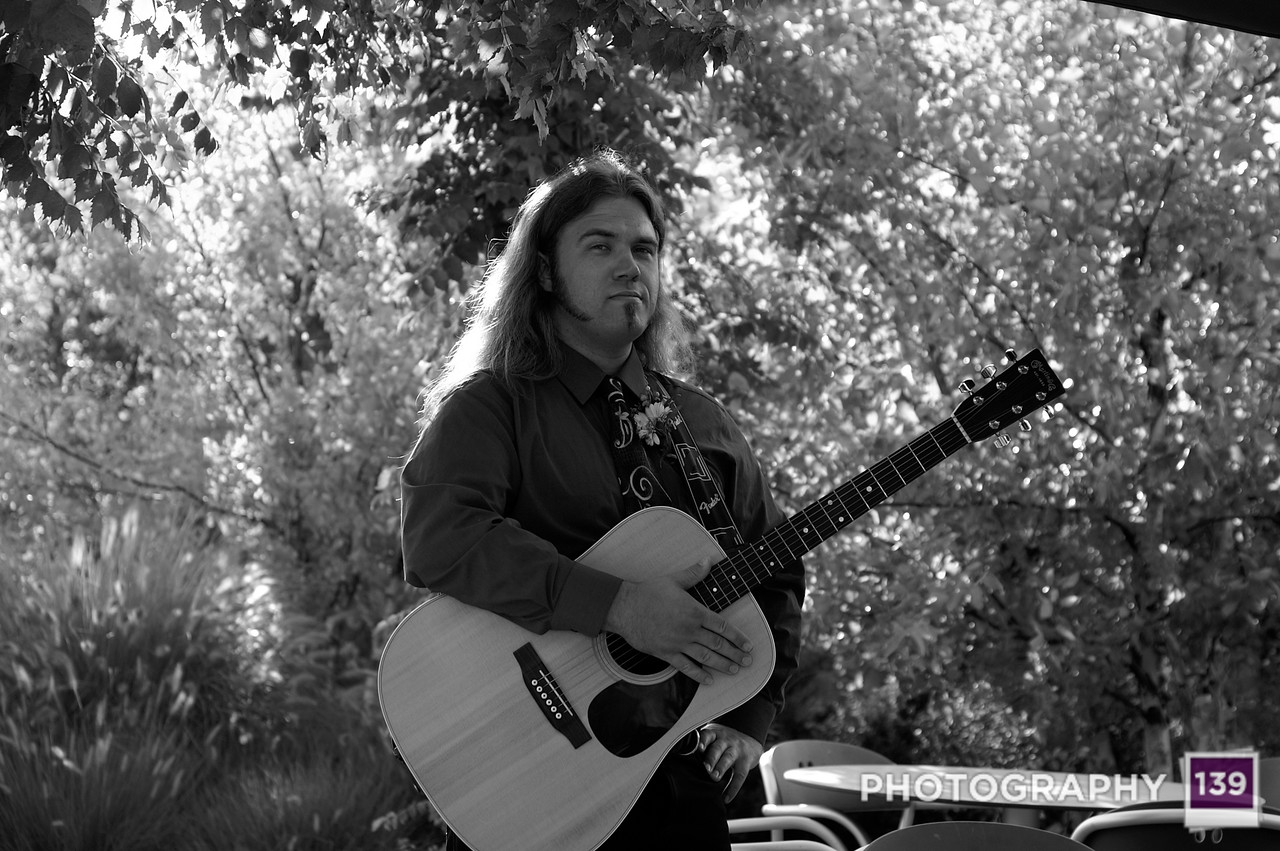 I take many a memory away from an absolutely incredible day, but I’m going to keep those memories, joys, and highs for myself.

Now I have to get caught up on birthday presents. I got Jay’s delivered yesterday. Now I just need to get Jen’s delivered.

Saturday was this guy’s birthday: 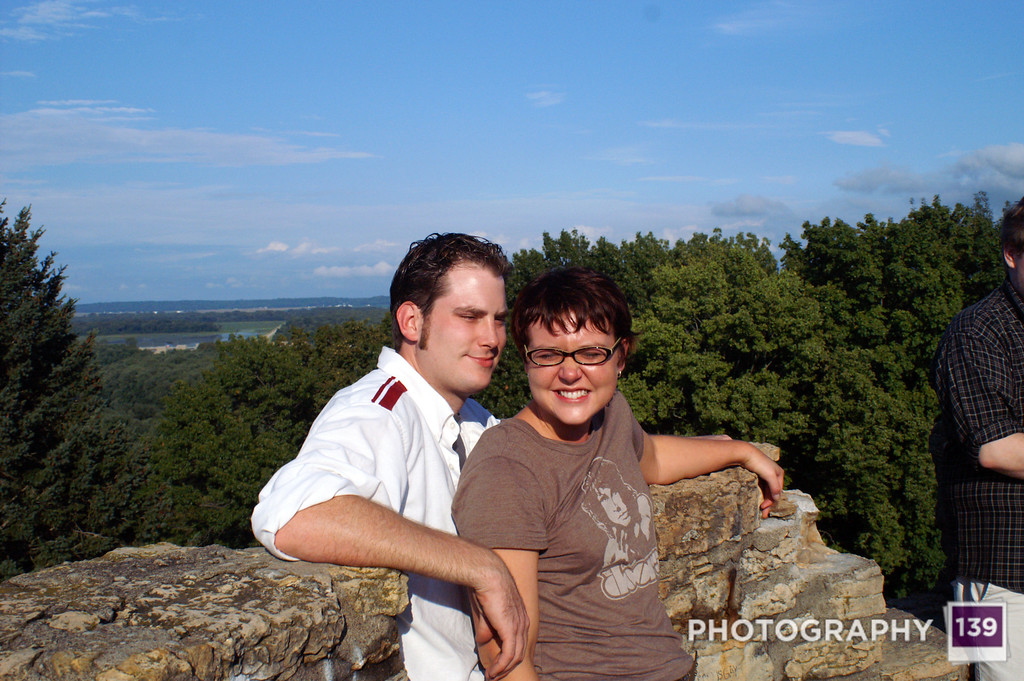 It was also the birthday of this punk: 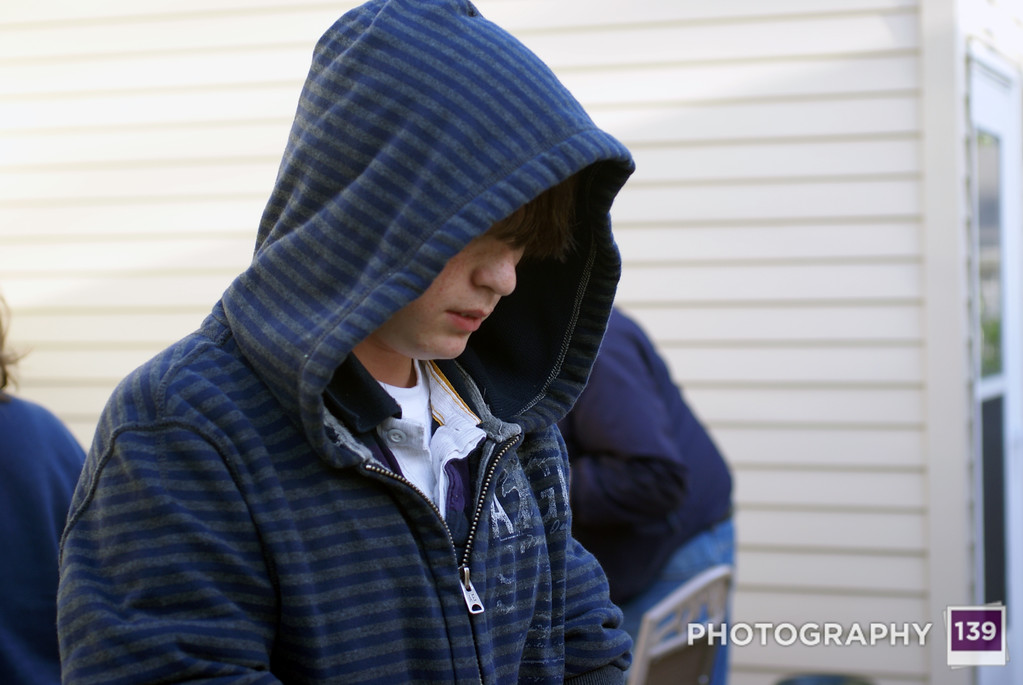 While going through some pictures I found this picture: 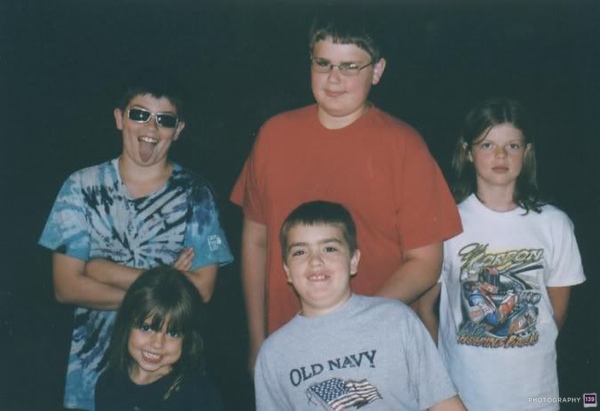 I started the day at about 9 AM by moving mortars into place. Then at 10:30 I went over to Half Shell to help set up and serve beer until about 3 PM.

Check out some pictures from Half Shell. 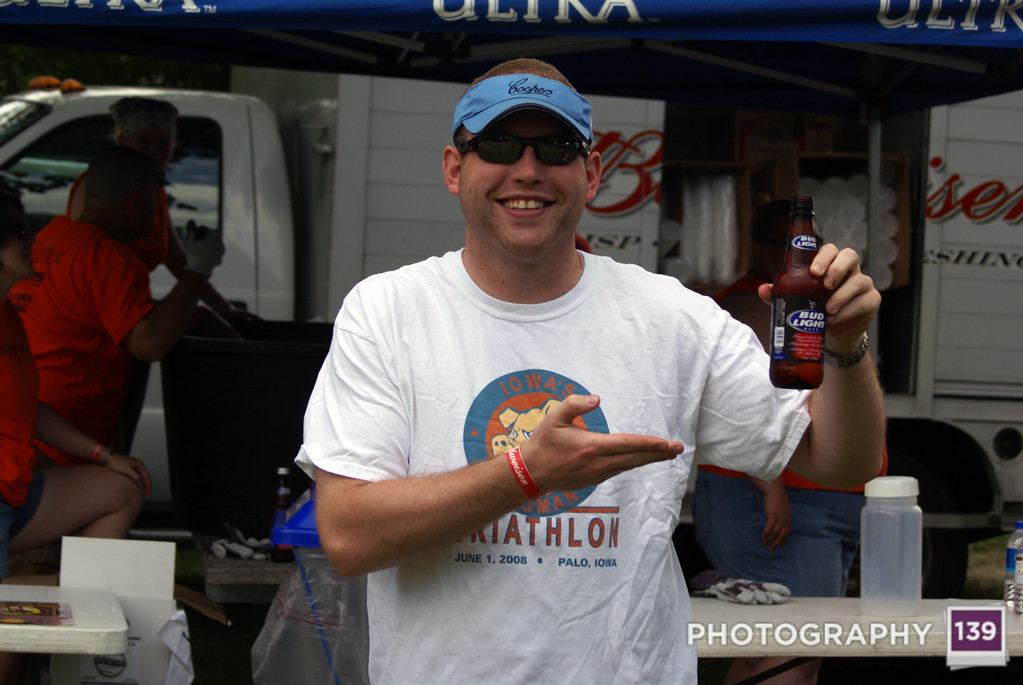 Scott with the 1st Beer of Half Shell 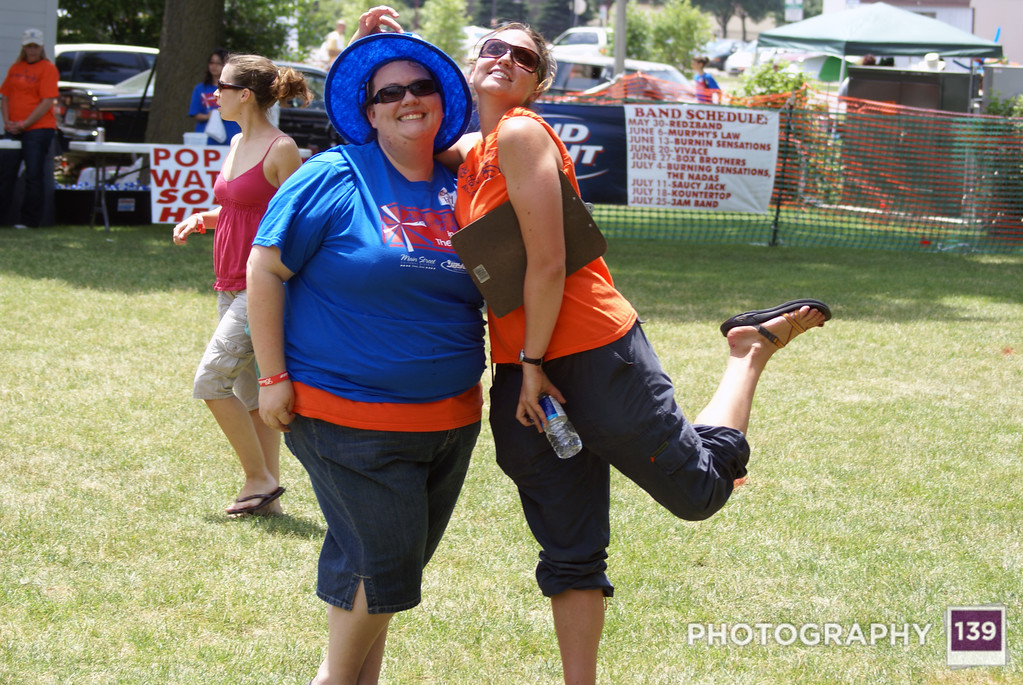 I switched from my “Beat Iowa” hat to a “Beer Nuts” hat for this Half Shell.* 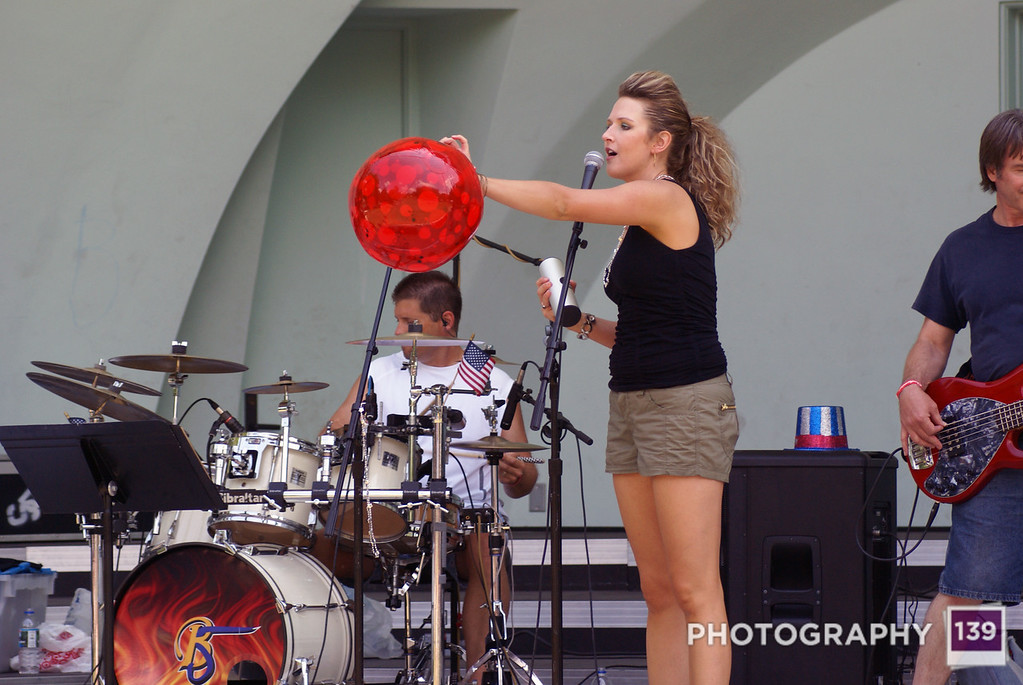 Sarah finishing off the pepperoni pizza that she didn’t want to be “too eager” for.

I don’t know what is going on in this picture. 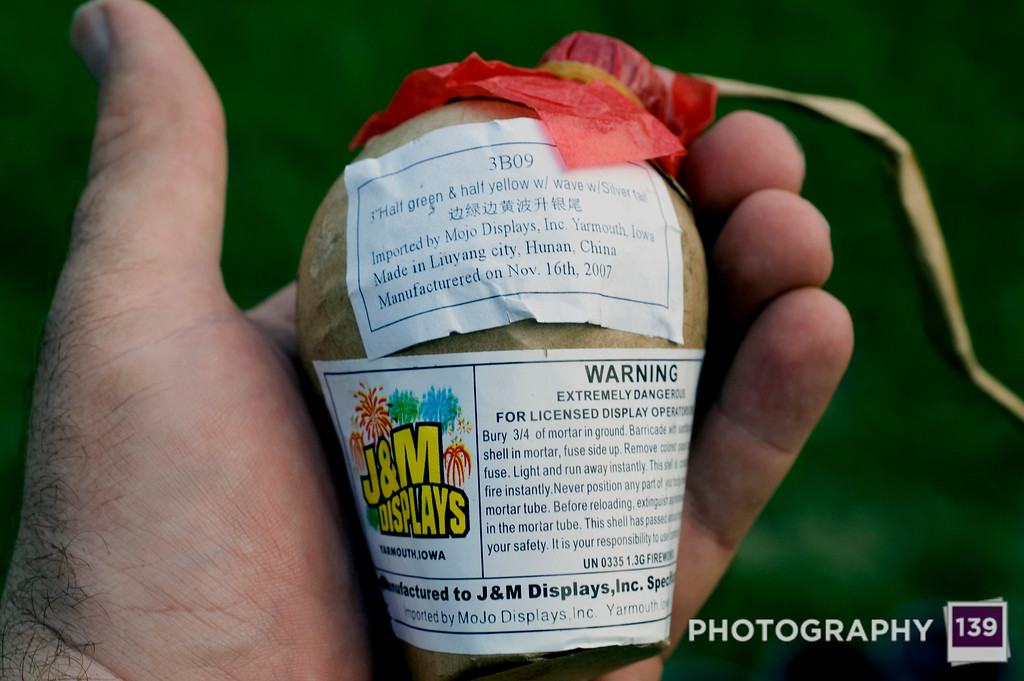 To let off fireworks there is a dress code. You are required to wear boots, long pants, a cotton long sleeve shirt (polyester will catch on fire), a hard hat, safety glasses and ear protection. Even with all of that clothing and protective gear it is hard to put into words how powerful and loud the fireworks are in the pit. It is an intense experience.

I was really down in the pit to take some pictures. However, I was ordered to set off a couple of fireworks. So I set off three.

After we finished some clean up I went over to Jen and Derrick’s traditional 4th of July barbecue. I was asked the same question a few different times while I was there:

“Which fireworks did you light off?”

Shannon would usually answer the question: “The good ones.”

Although I enjoy her vote of confidence, that answer has no basis in fact. The truth is that you never get to see the fireworks that you light off. In fact, you barely ever see any fireworks at all. You feel them. You hear them. You never see them.

While you are moving away from the fireworks, there is another person acting as a spotter. The spotter tells you when it is okay to go light another fuse or to get down. Trust me, you definitely know when the shell has shot into the sky. You feel it. However, there are a couple of things that could go wrong. The shell could blow up in the mortar or the shell can come a few feet out of the mortar and then blow up. If these things don’t happen, you get to go back and light off more fireworks. But you never really get to see the fireworks that you light.

Here are a few pictures from the pit: 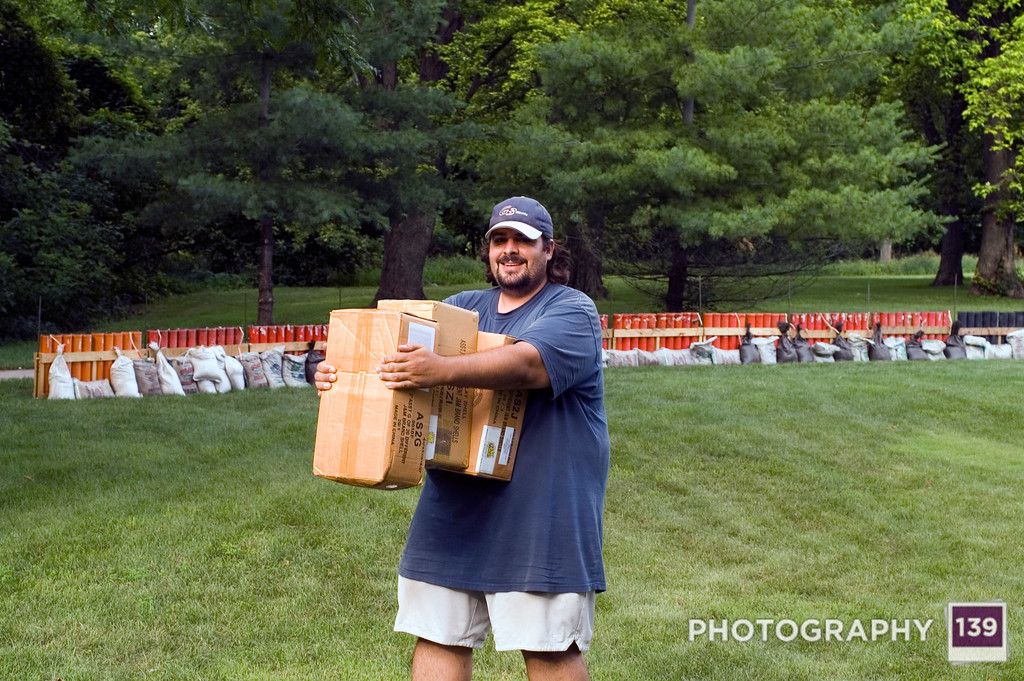 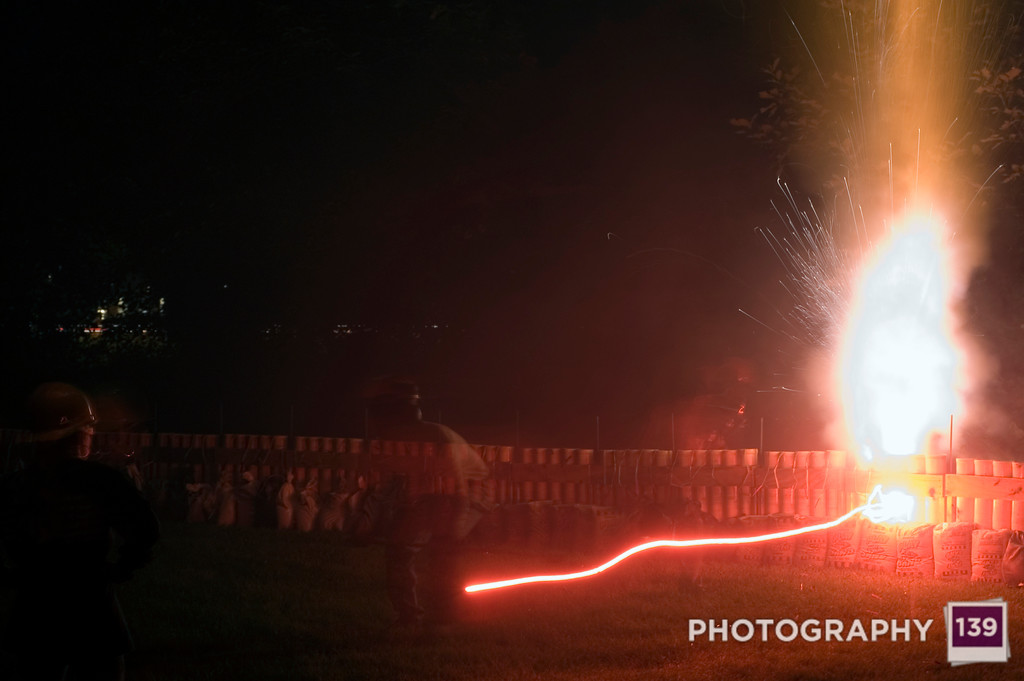 The line moving away from the explosion is the flare. 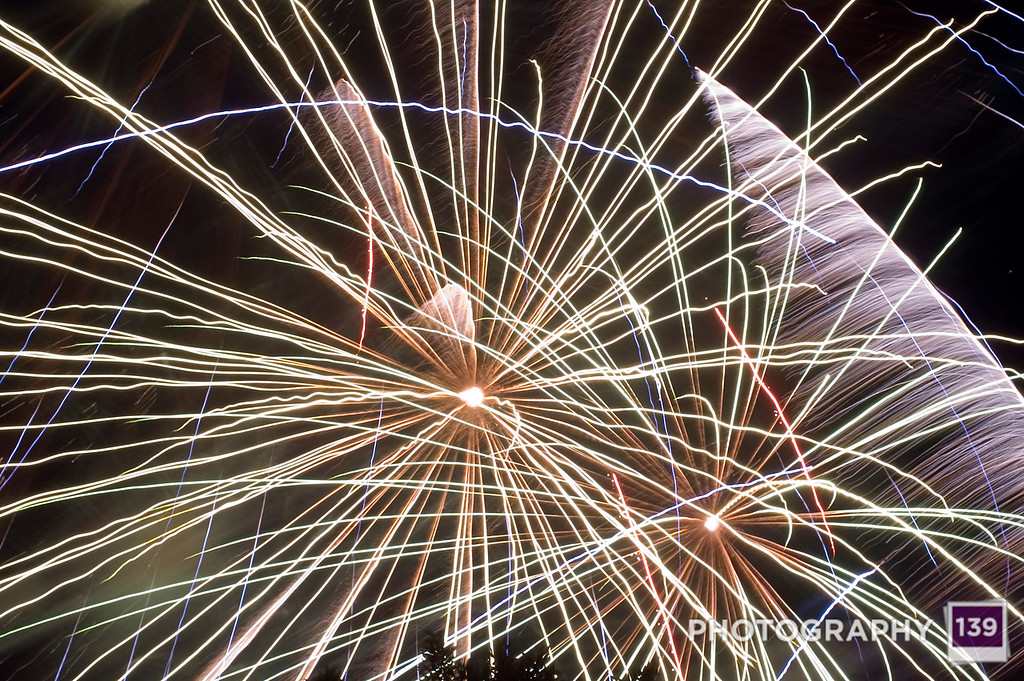 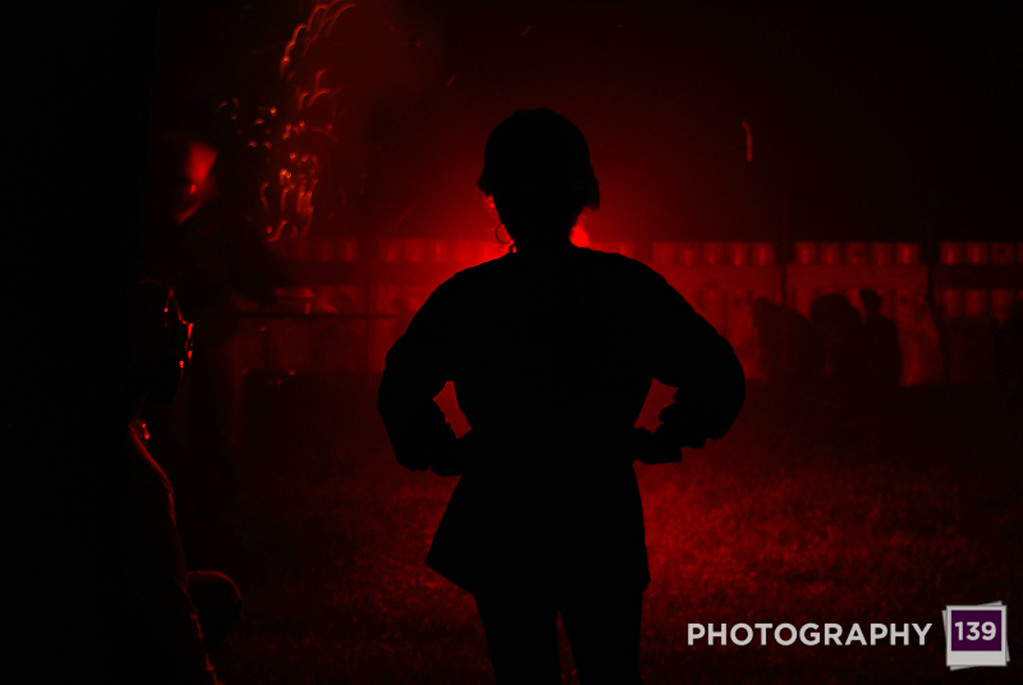 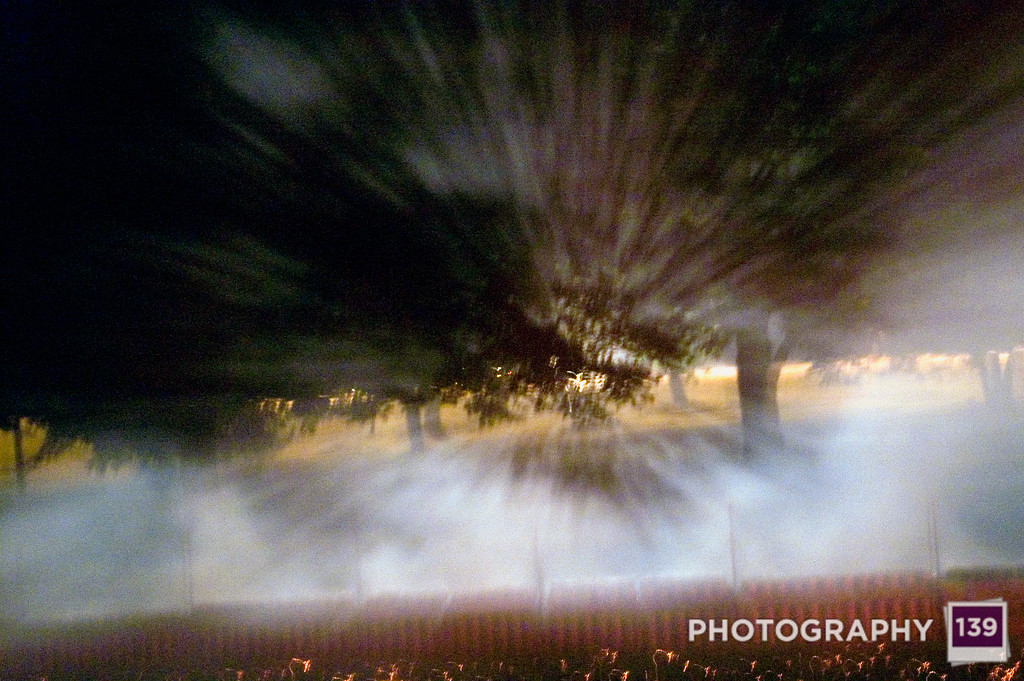 Of course there are about 80 more pictures in the Snapshot Gallery in an album named “Jaycees – Independence Day – 2008”.

When I concluded my evening at Jen and Derrick’s barbecue I found out that something pretty major had happened in my absence. However, that is not my tale. All I can tell you is that congratulations are in order next time you see them.

While I was walking around Half Shell taking pictures two girls came up to me.

“Do you want to take our picture?” they asked.

“Why would I want to take your picture?”

“Because we are so cute.”

“I can take your picture.”

I’ll leave it to you to make your own assessments about the level of cuteness these girls possess.

I have a feeling this is how the Girls Gone Wild guy got started.

*I bought a new hat for this coming Half Shell on Saturday. I think it is perfect.

(Admittedly this is being posted a day late.) 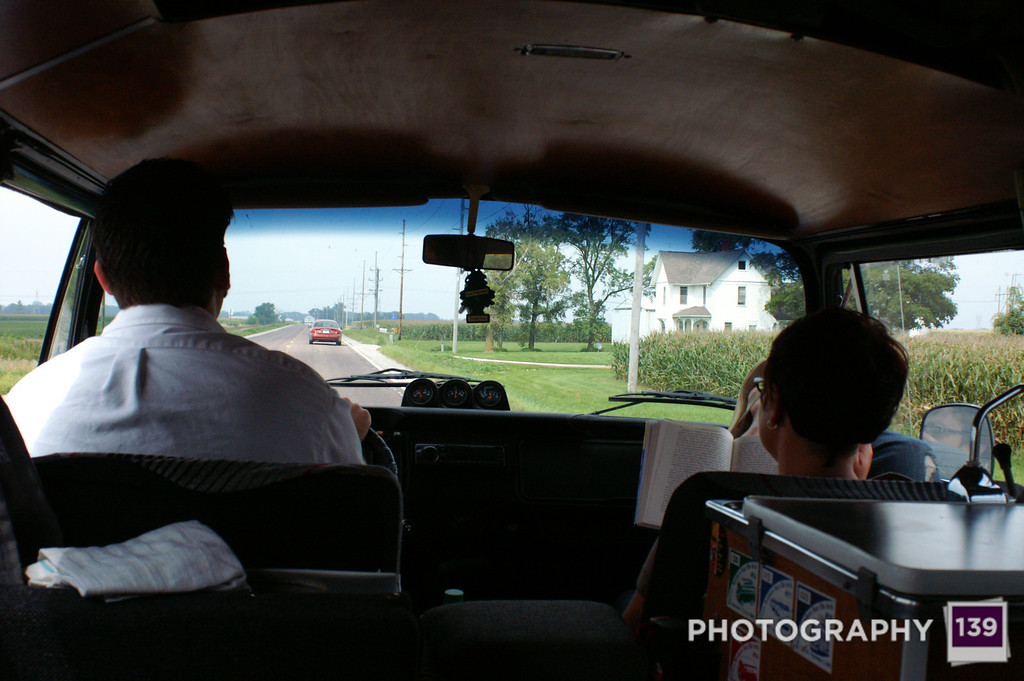 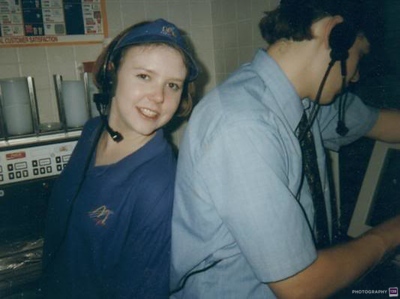 Memorial Day wasn’t really meant to be a good-time-feel-good holiday. It was established to honor Union Soldiers that died in the Civil War and was first known as Decoration Day.

Regardless of its original intentions, this solemn holiday has become a chance for most Americans to barbecue and enjoy a 3 Day weekend. I’m not different than most Americans. I just wanted to have a good time on Memorial Day.

My day started out good enough. I watched 4 straight hours of Animal Planet with Alexis in the morning. Jay came over and we had tacos and nachos for lunch. Then we headed over to the Cinemark to catch a matinée of Indiana Jones and the Crystal Skull with Derrick.

Usually I’m not the type of person that gives away spoilers about movies. I want people to see movies on their own, but this is one movie that I don’t feel the need to protect any of its secrets. This movies is a piece of garbage.

I’ve alway been a big fan of the Indiana Jones movies. Sure Temple of Doom blows a little bit, but the other 2 are excellent. Crystal Skull is an insult to all 3 of those movies.

I didn’t understand why so many Star Wars fans were upset with the prequels that came out a few years back. True, they weren’t very good, but the first 3 Star Wars movies stunk as well. What was the big deal? Instead of 3 movies with terrible acting and writing now you had 6 of them. Star Wars fans should have been elated.

I still don’t understand Star Wars fans, (there are certainly much, much better science fiction movies out there, I refer you to the two that Stanley Kubrick made 2001: A Space Odyssey and A Clockwork Orange just for starters) but now I can relate to them a bit. I’ve seen a movie franchise that I love torn to shreds before my very eyes.

On Sunday when we were driving down to The House of Bricks Willy told me that Crystal Skull was not very good. I told him that I could handle it if it wasn’t very good, but I would not be able to handle one thing. If they tried to set up a series of sequels starring Even Stevens, I would be angry. I would leave the theater in a rage.

I should have seen the warning signs. Even Willy would be the first to admit that I have much higher standards for movies than he does. The dude loves Van Damme movies!

Despite my bold proclamations, I left the theater angry. In fact, I haven’t been this angry leaving the theater since I sat through the misogynistic propaganda piece masquerading as entertainment known as Sin City. I was madder than when I left the theater after Transformers. Another example of taking something I loved from my childhood and making it suck. Incidentally also starring Even Stevens.

The one good thing I can say about Crystal Skull is that they didn’t end the movie by setting up sequels for Even Stevens. They came close. They made you think that is what they were going to do. At the end of the movie Indy’s hat blows off a hat rack and rolls to a stop at Even Stevens’ feet. As he bends over to pick up the hat, Indy picks it up before him and puts it on his head. Me physically vomiting in the aisles was averted.

I suppose that I don’t have time to write on all the things I hated about this movie, because there are so many of them. I’ll try to keep it to just two.

Are you kidding me? Could Lucas and Spielberg not turn the last Indiana Jones movie into a science fiction movie? I now fully expect that the next Spielberg WWII movie to involve aliens in some way, shape or form.

CGI has already, for the most part, ruined most summer movies. It was as if they had missed the point of the first three movies. They were an homage to old time serial movies and they were done with trick photography and stuntmen. Crystal Skull is an homage to the other 3 movies basically, only with way too much CGI. I should have known it was coming when the first shot of the movie features a CGI prairie dog.

My day was ruined from that point on and I don’t think that there was much that could have happened to turn my day around.

My day did turn around though. I headed out to Roland for Monica’s barbecue. The only low point of the barbecue was having Happy Birthday sang to me for the third time in 8 days. I’m glad I won’t have to hear that again for some time. Although Monica did make me a sweet Jello birthday cake. I don’t really like getting presents all that much. Unless it is something the person has made, like a sweet painting or piece of stained glass or cake or rhubarb pie or a card.

Teresa sent me this birthday card.

There is the occasional exception. Sara got me this sweet gift:

The camera is 30 years old and still is in its original box. This will look great on my shelf of old cameras.

I got all of the old pictures off of my phone. There aren’t a terribly large amount of pictures on there because the old phone is about 4 years old and didn’t have much memory on it.

It turns out almost every picture on that phone ranges from bad to horrible. Although some are amusing. One major plus of the new phone is the memory card. I can use pictures taken by a real camera for the Caller ID Photo. As you can tell by these images, that will make a big difference.

I was sitting at work today minding my own business when an e-mail fluttered across cyberspace and into my inbox. Technically it was two e-mails. I now share with you what was contained in those e-mails, namely pictures from Jen’s camera of the Oscar Party.

Jen in her Fur Coat

With the Guitar God

I think for the 2009 Oscar Party I might switch to a fedora and bring a cane. Although with the beanie Jen says I look “very Mohammad”. I dig that.

I might as well throw up a few pictures I took on that night. I didn’t take a camera to the party. I’ve been considering buying a small camera that I can fit in a pocket for this type of event, but I haven’t done it as of yet.

I know it is derivative, but everybody loves the bass picture so why not post this one?

If you are wondering, I will be buying a Sony. Carl Zeiss Lens! That is all I need to say!

I got some pictures e-mailed to me from Brenda of the 2008 Oscar Party. These are a little bit small, but I think you will get an idea of the glamor of the event. This event is also doubles as a fundraiser for the American Cancer Society. Brenda with her Beau

Jen in her Fur Coat

With Jen and Derrick