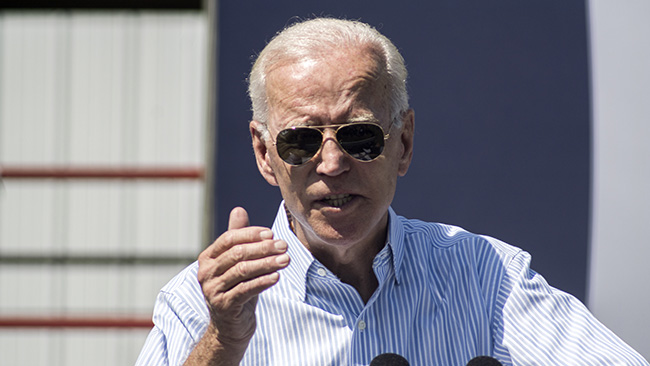 Back in early August I took the morning off from the Computer Mine to see my 9th presidential candidate at the Boone County Fairgrounds.

I went to see Joe Biden. I doubt that I need to give much of a background on Joe Biden. He has been leading the polls ever since he joined the race, mostly on name recognition I would reckon. He has lost some steam lately and now is neck and neck with Joe Biden. I’d still put him as the odds on favorite for being our next president, but I would say that he isn’t the presumptive favorite that he was a couple months ago when these pictures were taken.

Here is the bio of Joe Biden from the Wikipedia:

Biden was born in Scranton, Pennsylvania, and lived there for ten years before moving with his family to Delaware. He became a lawyer in 1969 and was elected to the New Castle County Council in 1970. He was first elected to the U.S. Senate in 1972, when he became the sixth-youngest senator in American history. Biden was re-elected six times and was the fourth most senior senator when he resigned to assume the vice presidency in 2009. Biden was a long-time member and former chairman of the Foreign Relations Committee. He opposed the Gulf War in 1991, but advocated U.S. and NATO intervention in the Bosnian War in 1994 and 1995. He voted in favor of the resolution authorizing the Iraq War in 2002 but opposed the surge of U.S. troops in 2007. He has also served as chairman of the Senate Judiciary Committee, dealing with issues related to drug policy, crime prevention, and civil liberties. Biden led the efforts to pass the Violent Crime Control and Law Enforcement Act, and the Violence Against Women Act. He also chaired the Judiciary Committee during the contentious U.S. Supreme Court nominations of Robert Bork and Clarence Thomas. Biden unsuccessfully sought the Democratic presidential nomination in 1988 and in 2008.

In 2008, Biden was the running mate of Democratic presidential nominee Barack Obama, and became the first Roman Catholic vice president in history.[2] As vice president, Biden oversaw infrastructure spending aimed at counteracting the Great Recession and helped formulate U.S. policy toward Iraq through the withdrawal of U.S. troops in 2011. His ability to negotiate with congressional Republicans helped the Obama administration pass legislation such as the Tax Relief, Unemployment Insurance Reauthorization, and Job Creation Act of 2010, which resolved a taxation deadlock; the Budget Control Act of 2011, which resolved that year’s debt ceiling crisis; and the American Taxpayer Relief Act of 2012, which addressed the impending fiscal cliff. Obama and Biden were re-elected in 2012.

In October 2015, after months of speculation, Biden announced he would not seek the presidency in the 2016 election. In January 2017, Obama awarded Biden the Presidential Medal of Freedom with distinction.[3] After completing his second term as vice president, Biden joined the faculty of the University of Pennsylvania, where he was named the Benjamin Franklin Professor of Presidential Practice.[4] He announced his 2020 run for president on April 25, 2019.[5]

Here is a little information on Joe from his campaign website:

America is an idea.

An idea that goes back to our founding principle that all men are created equal. It’s an idea that’s stronger than any army, bigger than any ocean, more powerful than any dictator. It gives hope to the most desperate people on Earth. It instills in every single person in this country the belief that no matter where they start in life, there’s nothing they can’t achieve if they work at it.

We’re in a battle for the soul of America. It’s time to remember who we are. We’re Americans: tough, resilient, but always full of hope. It’s time to treat each other with dignity. Build a middle class that works for everybody. Fight back against the incredible abuses of power we’re seeing. It’s time to dig deep and remember that our best days still lie ahead.

Some pictures from the event: 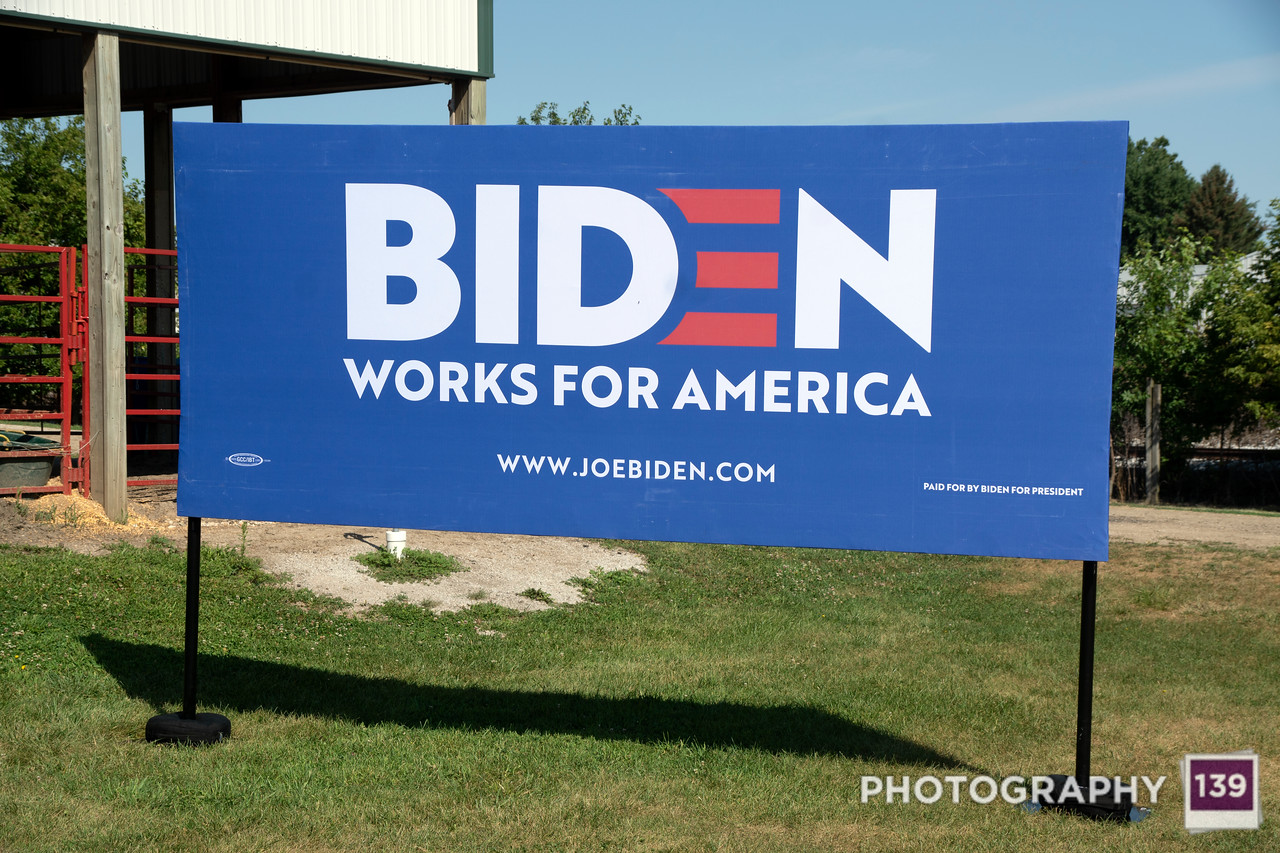 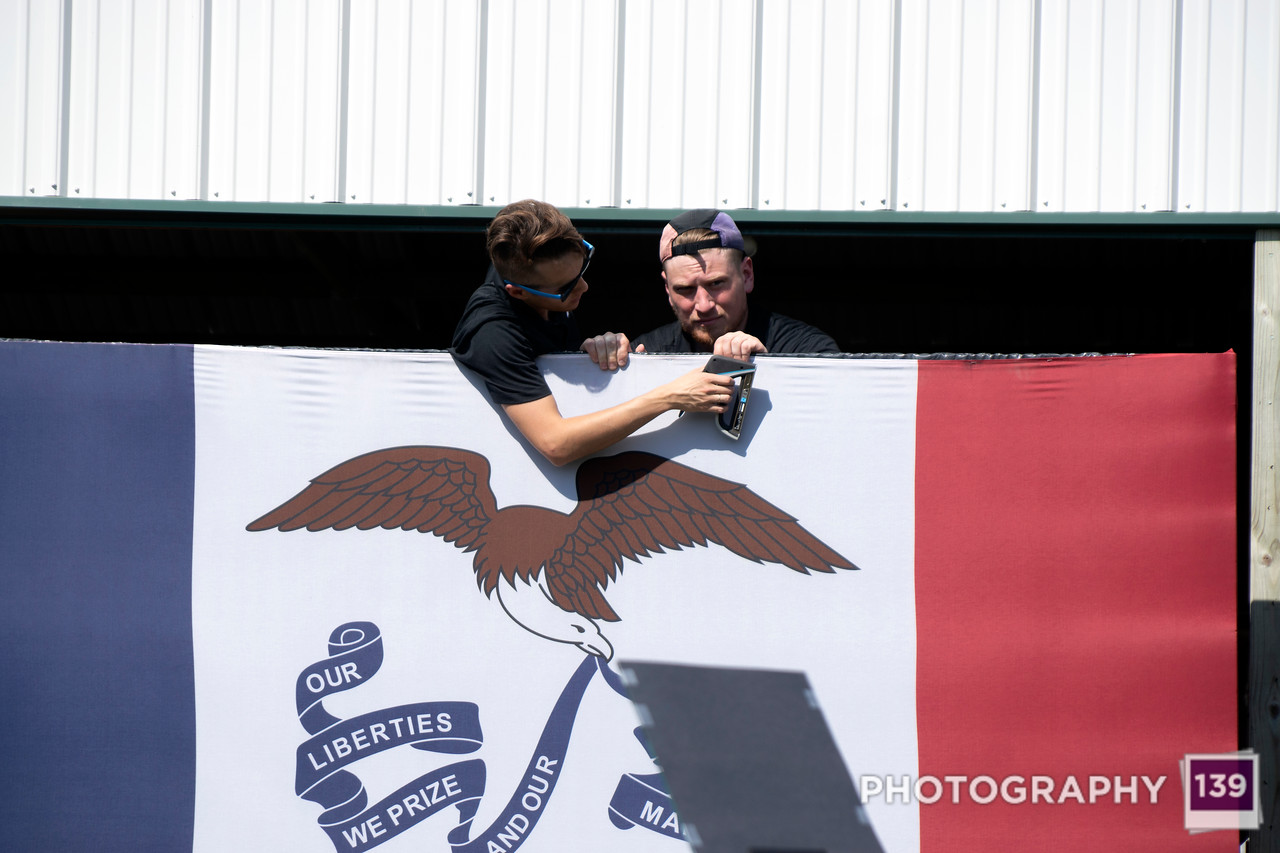 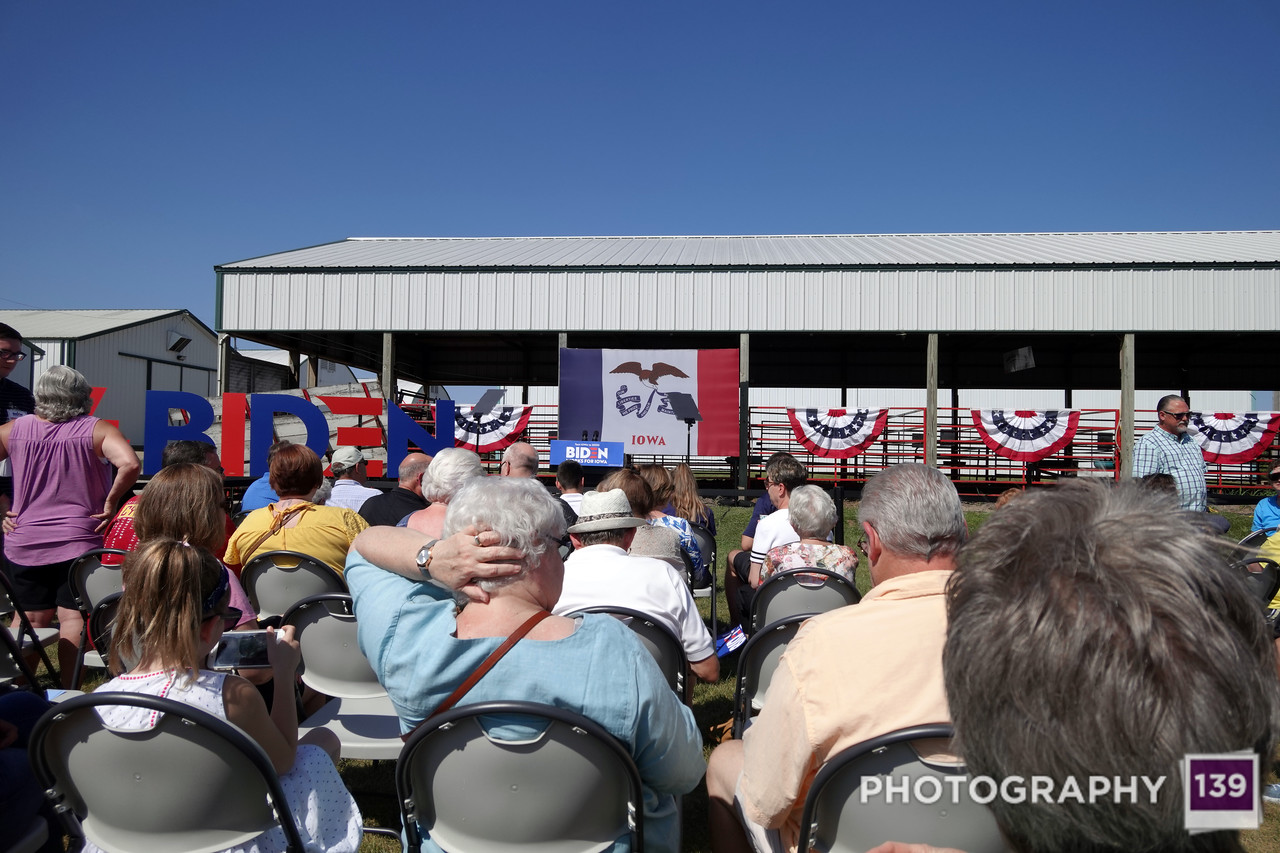 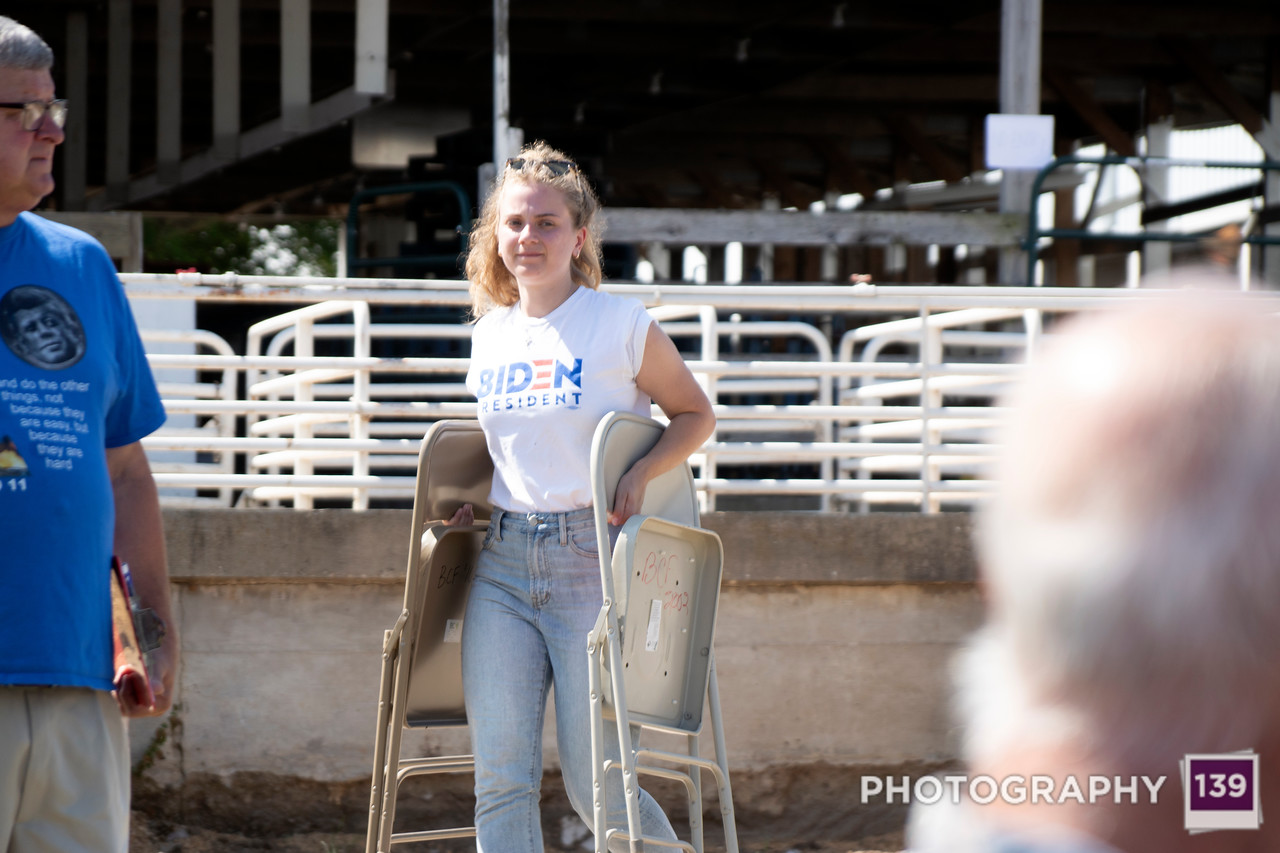 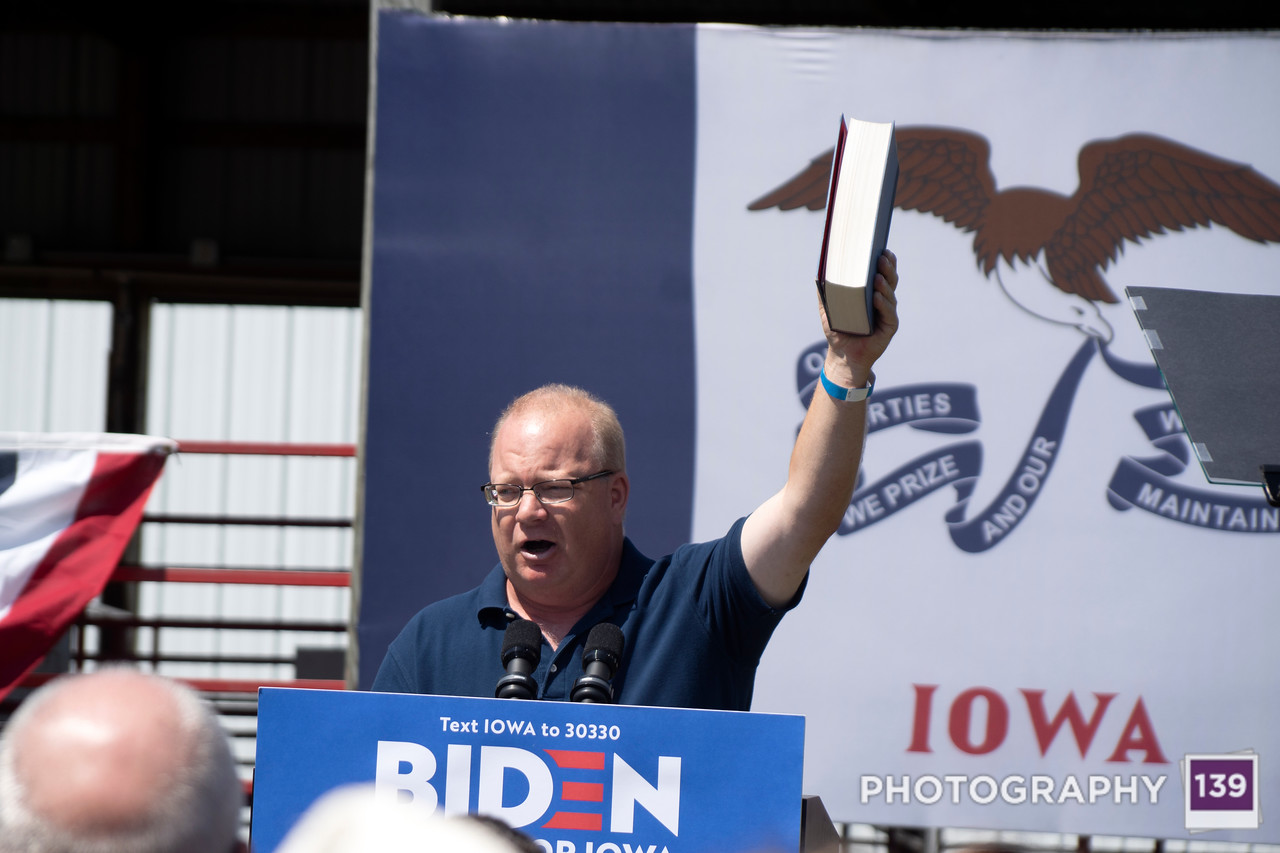 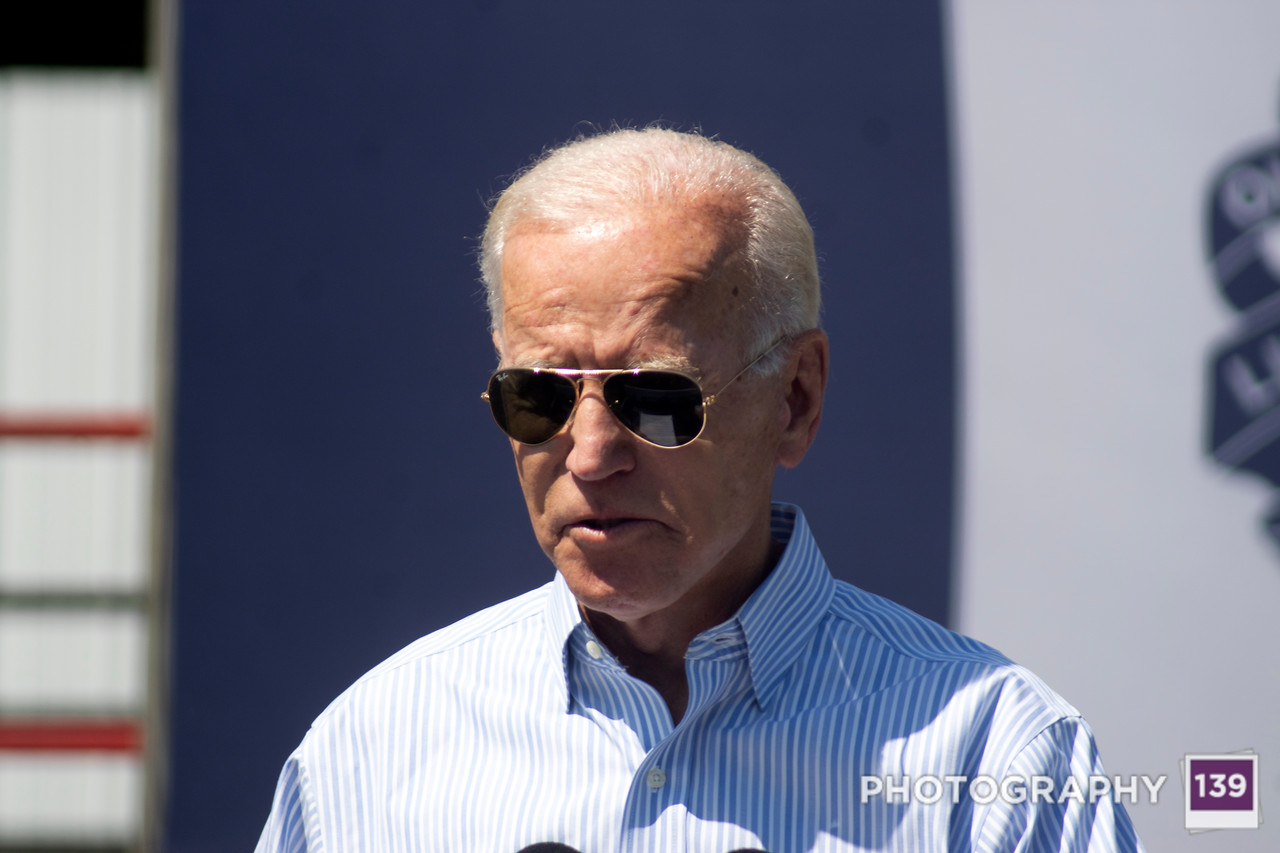 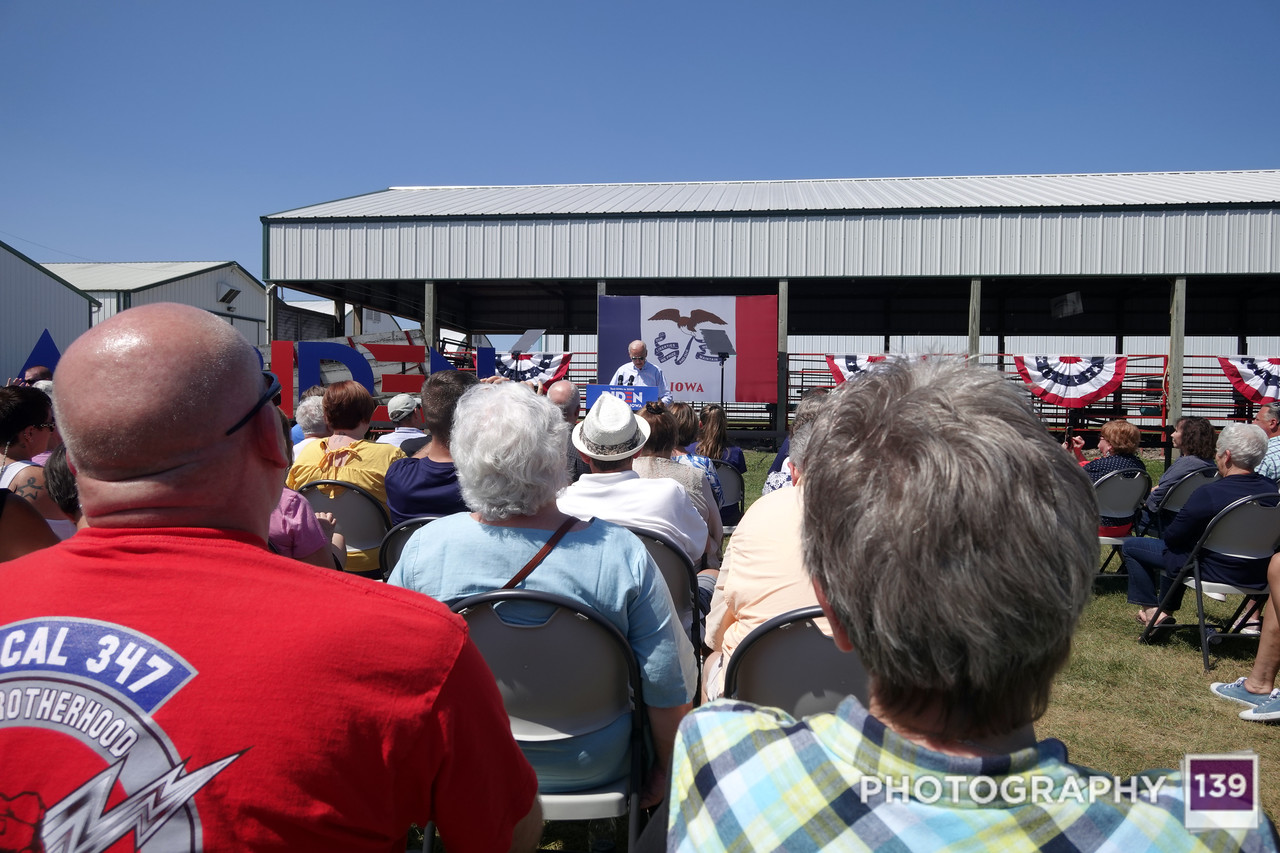 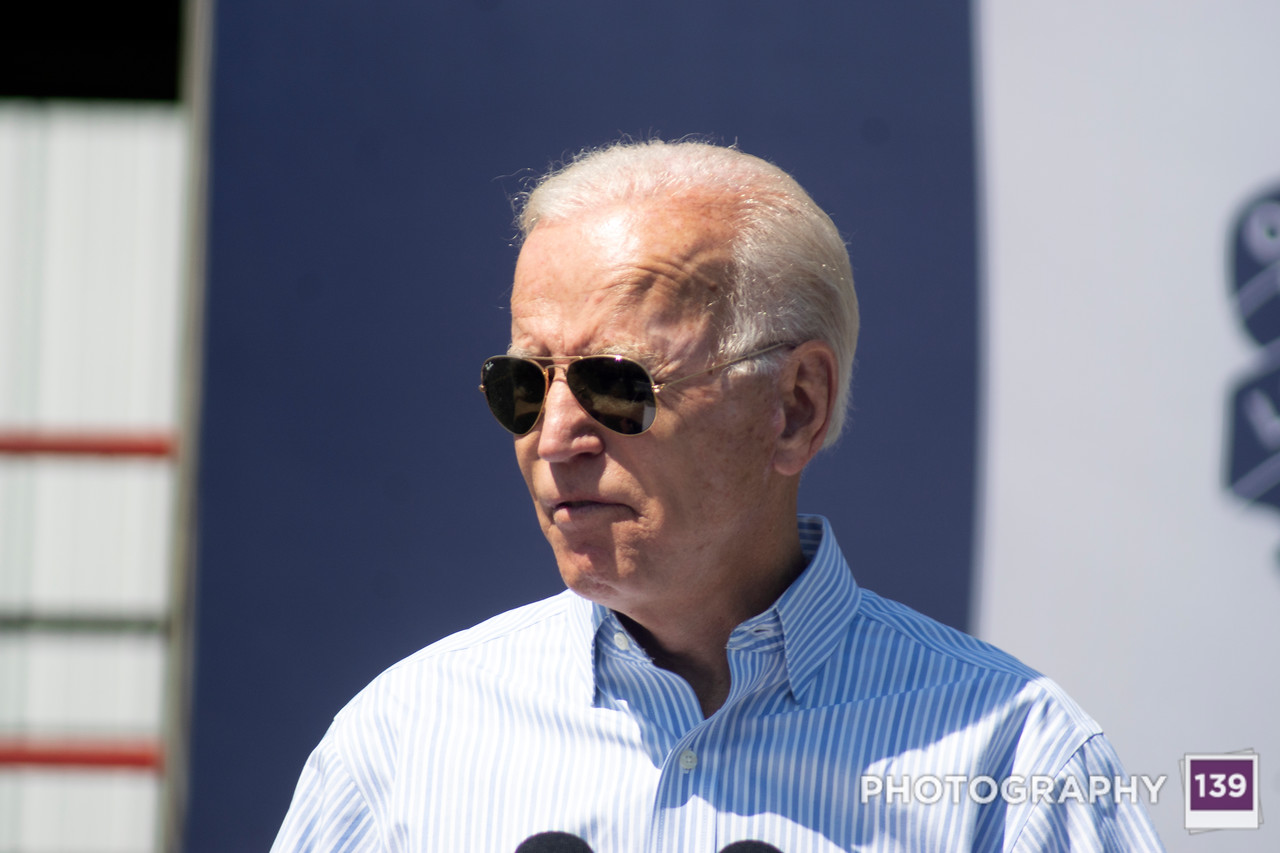 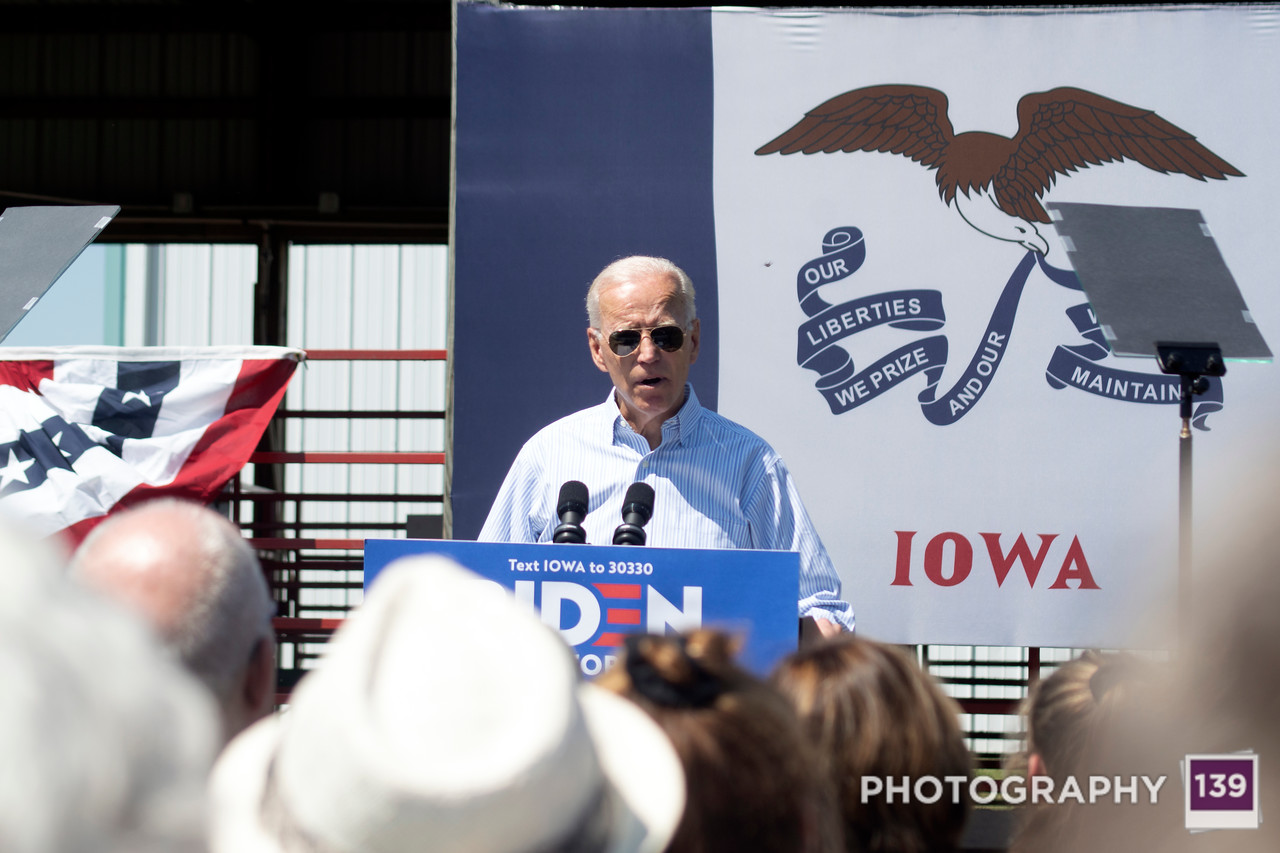 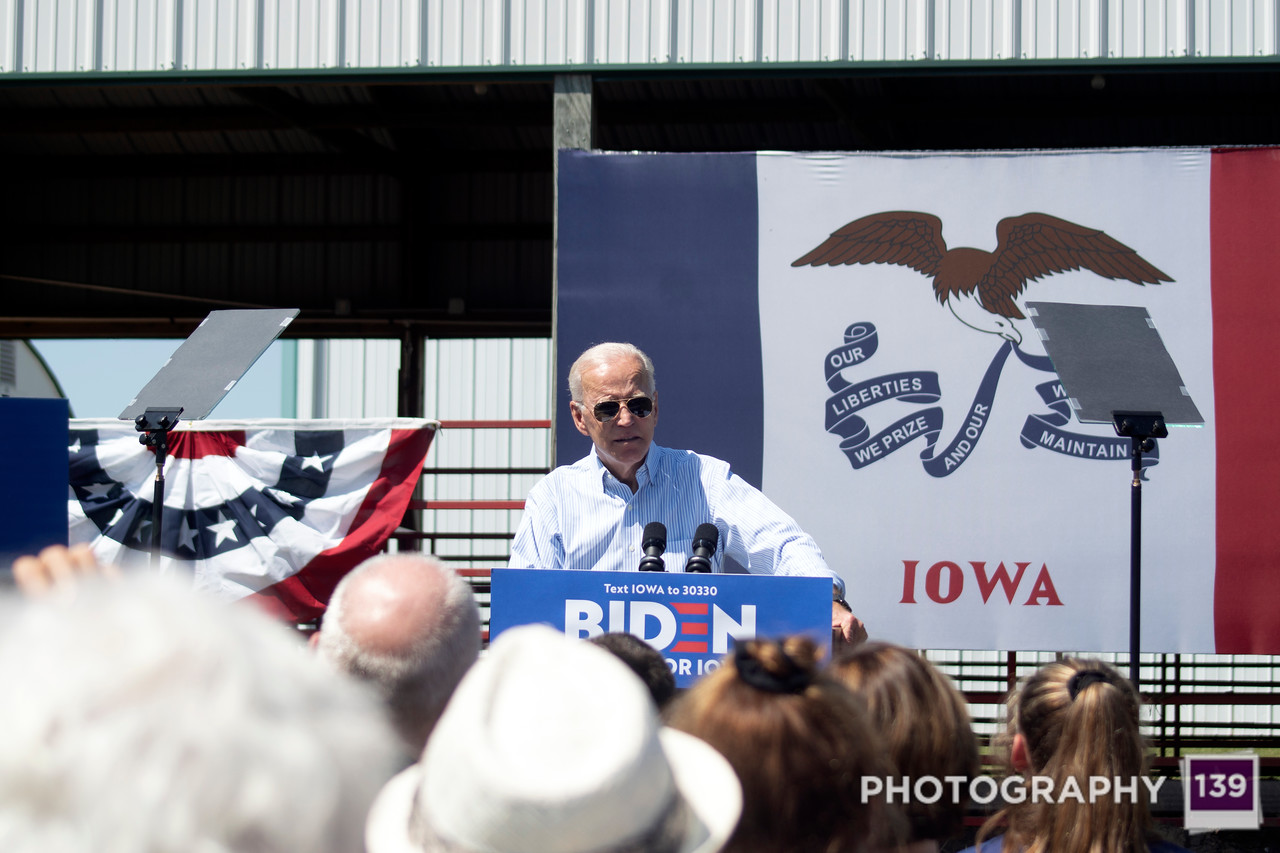 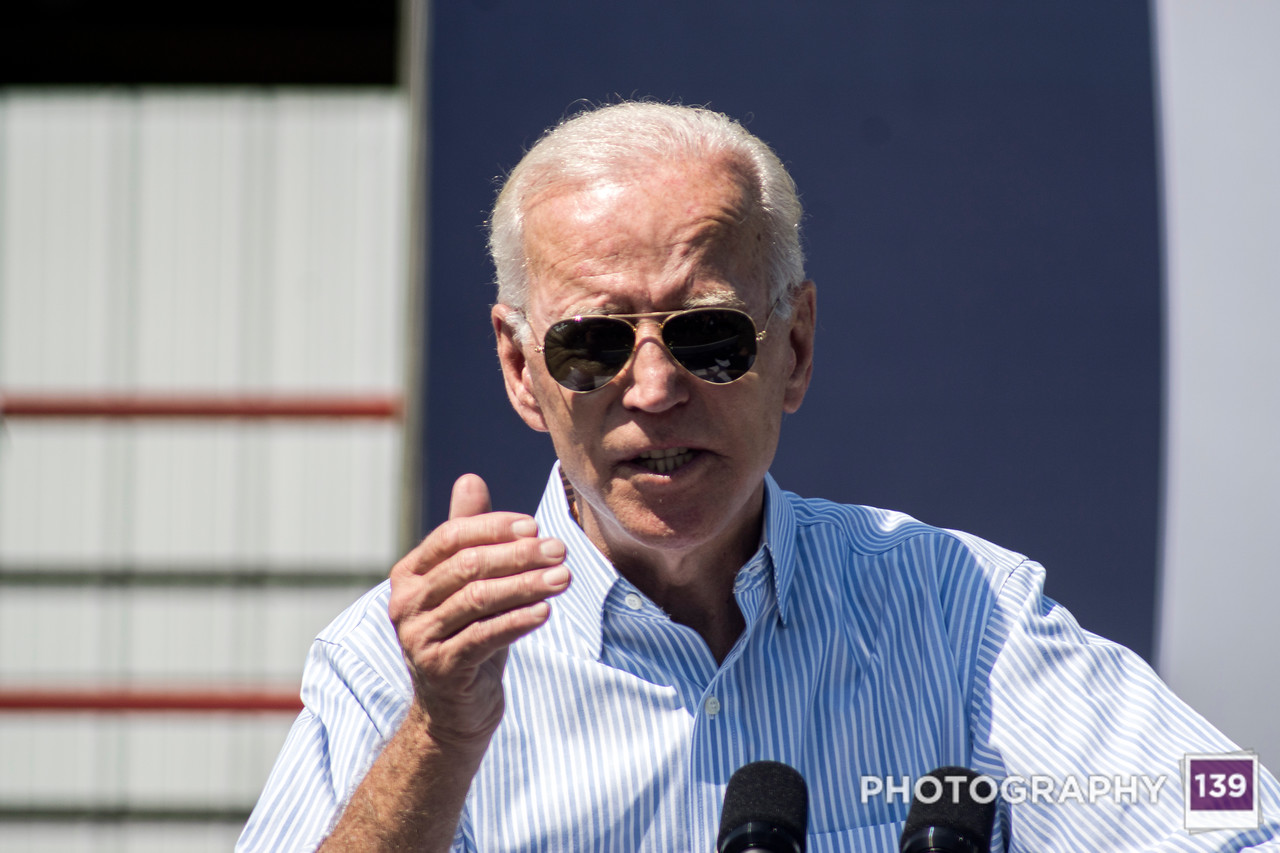 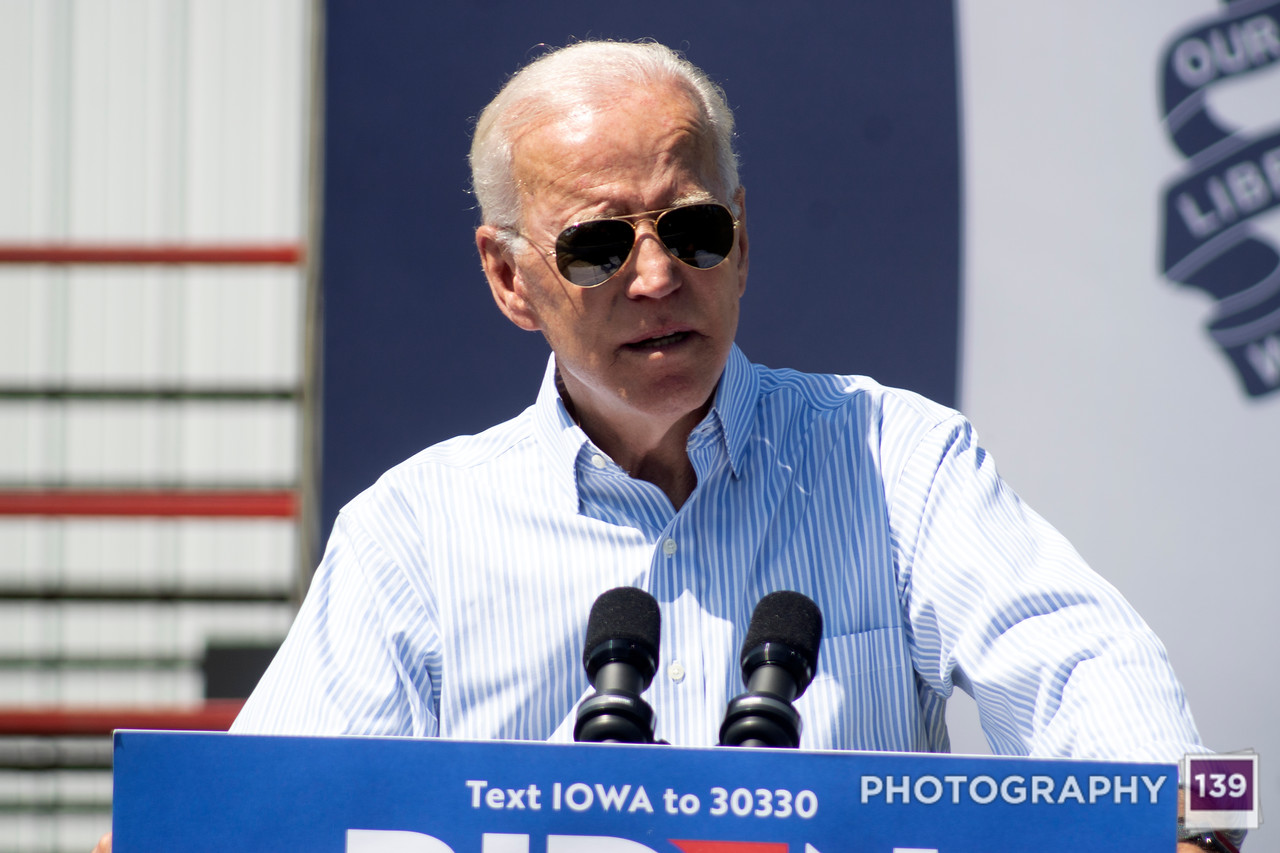 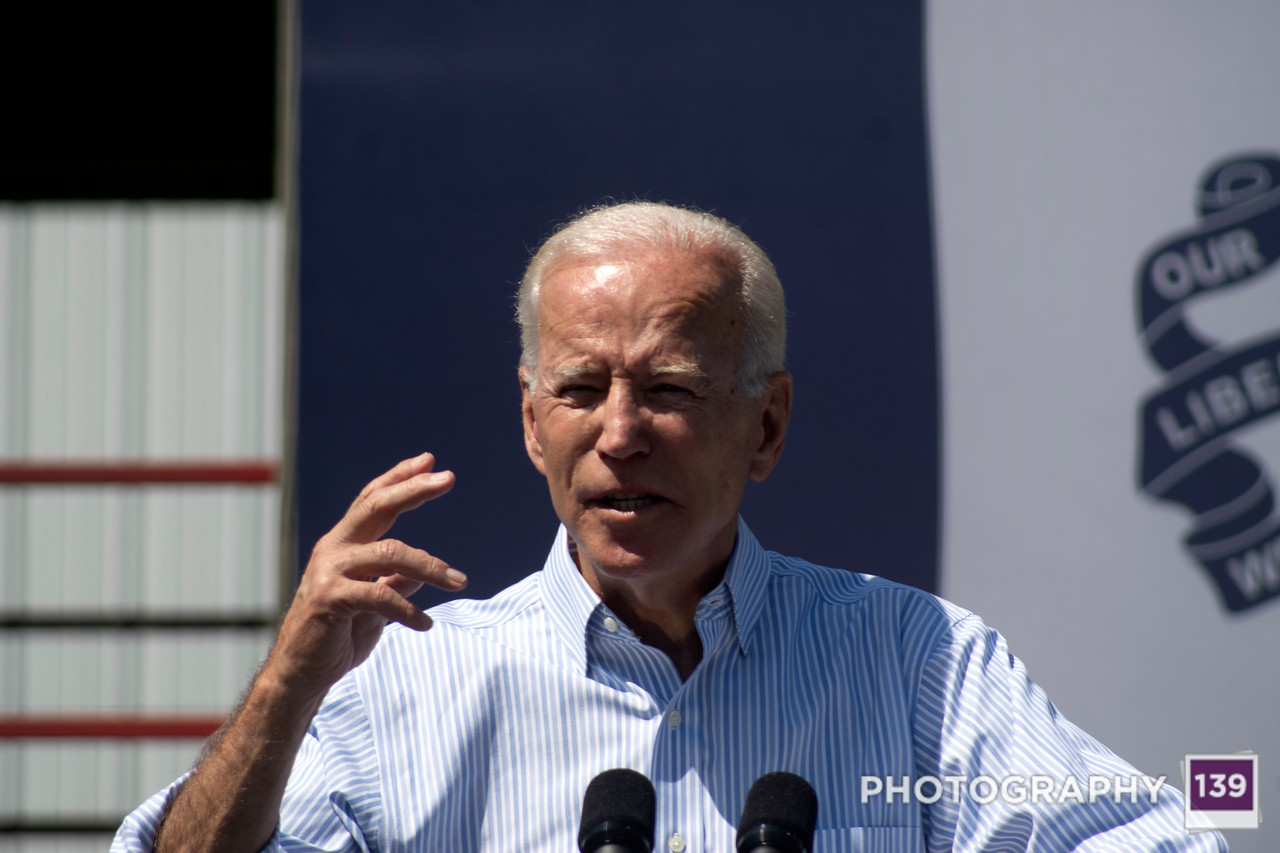 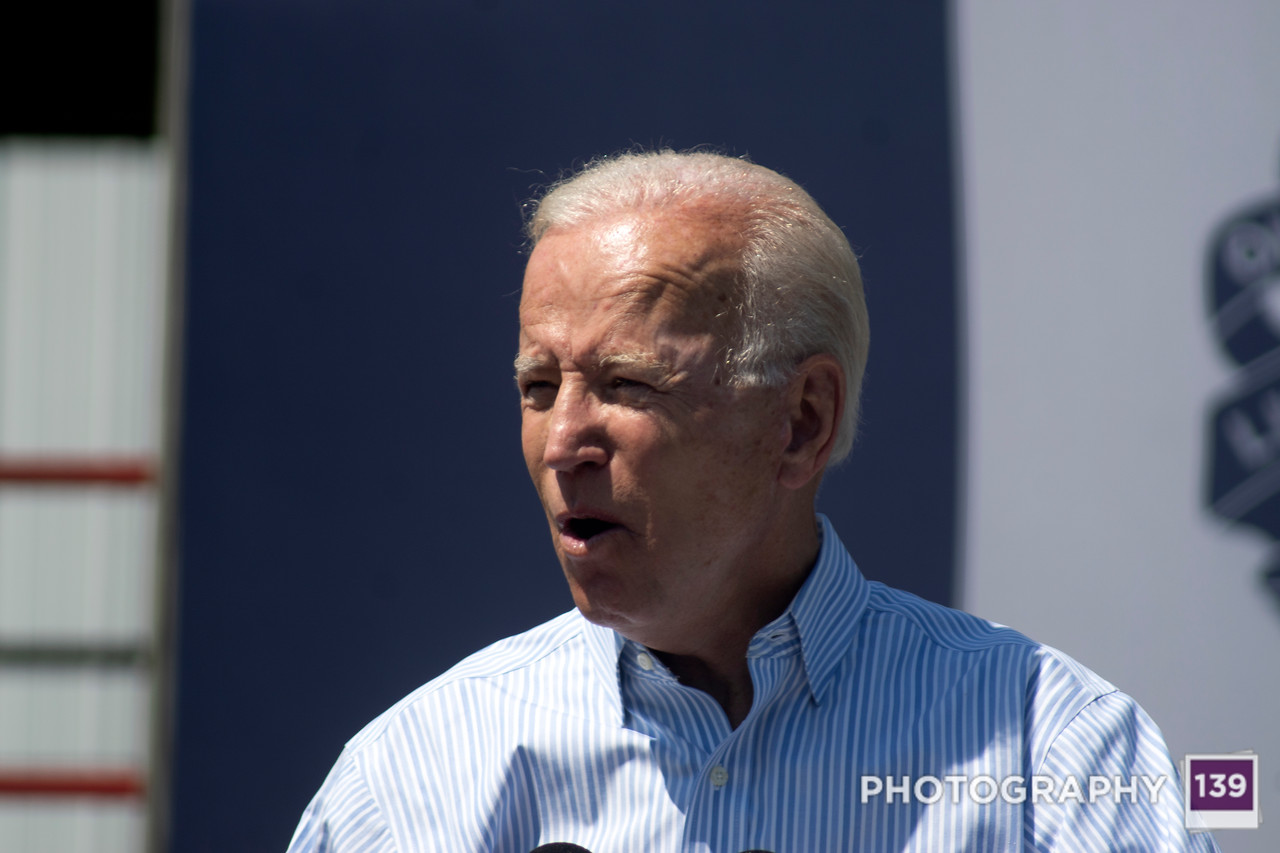 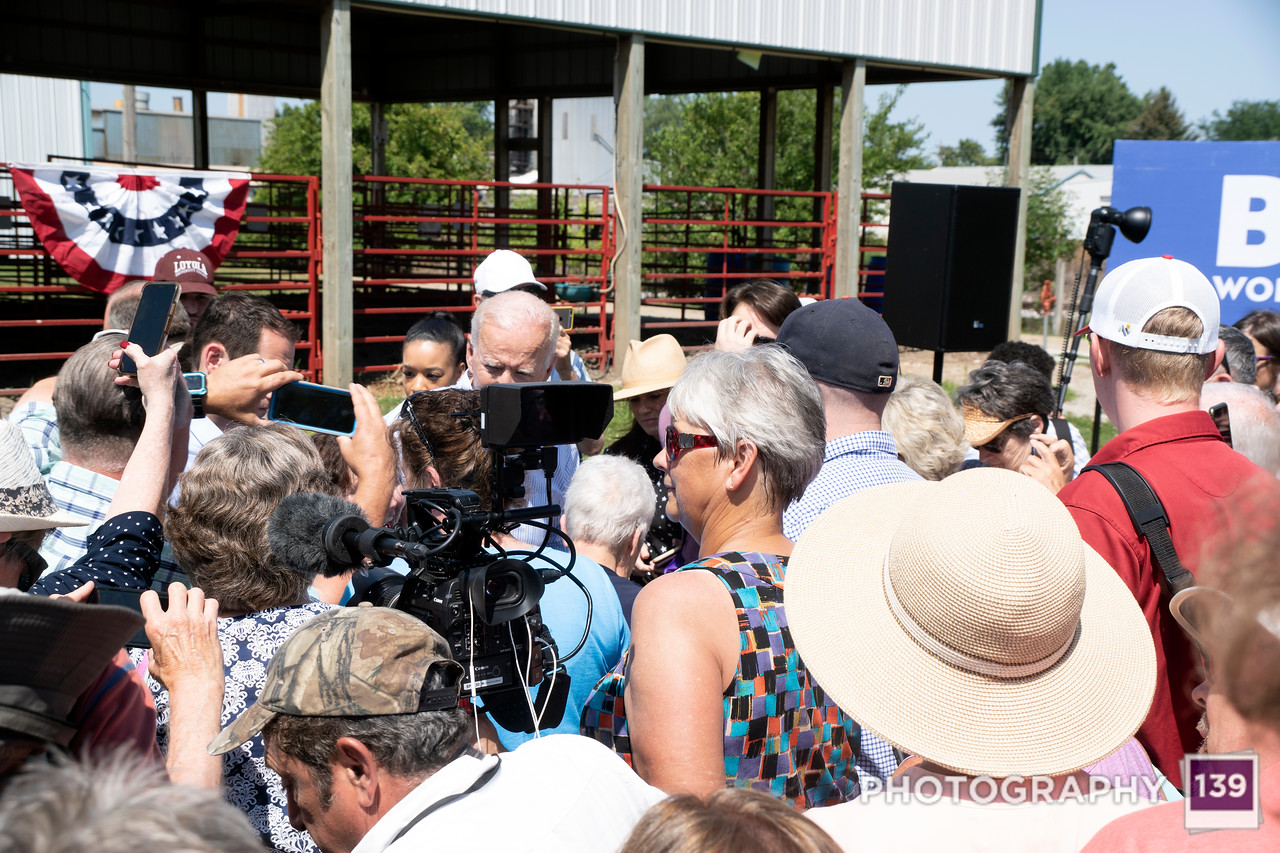 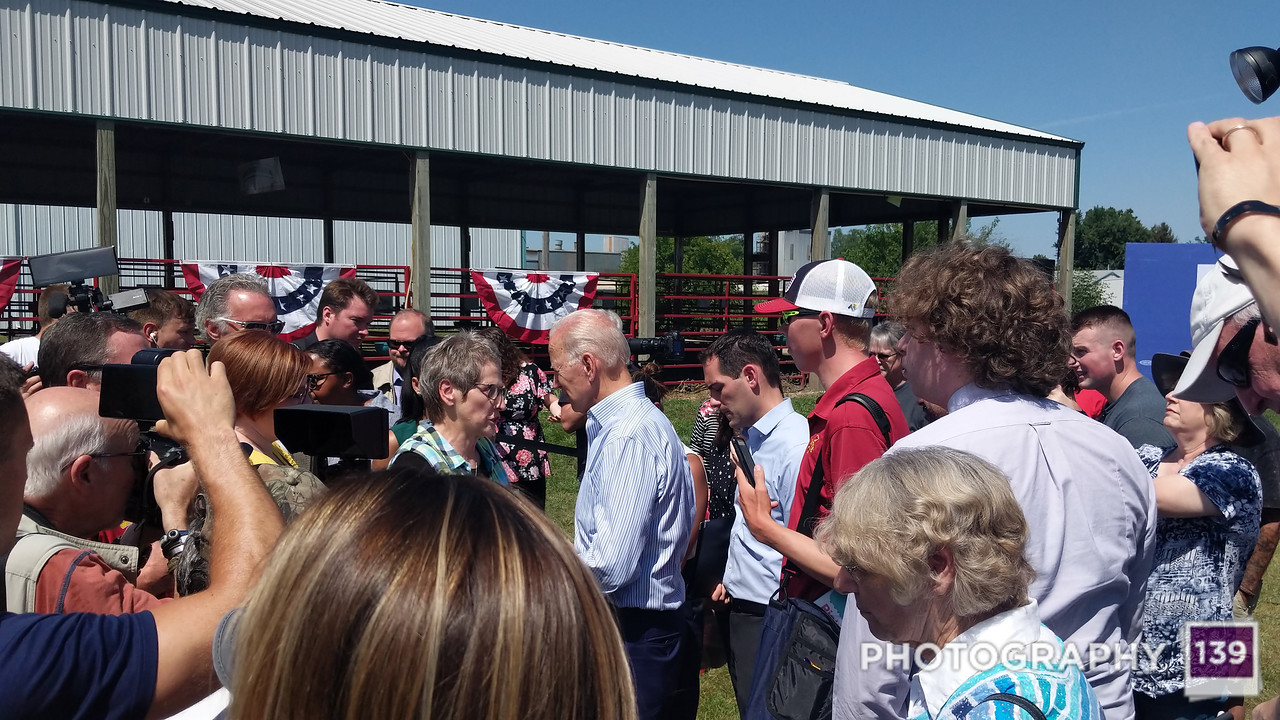 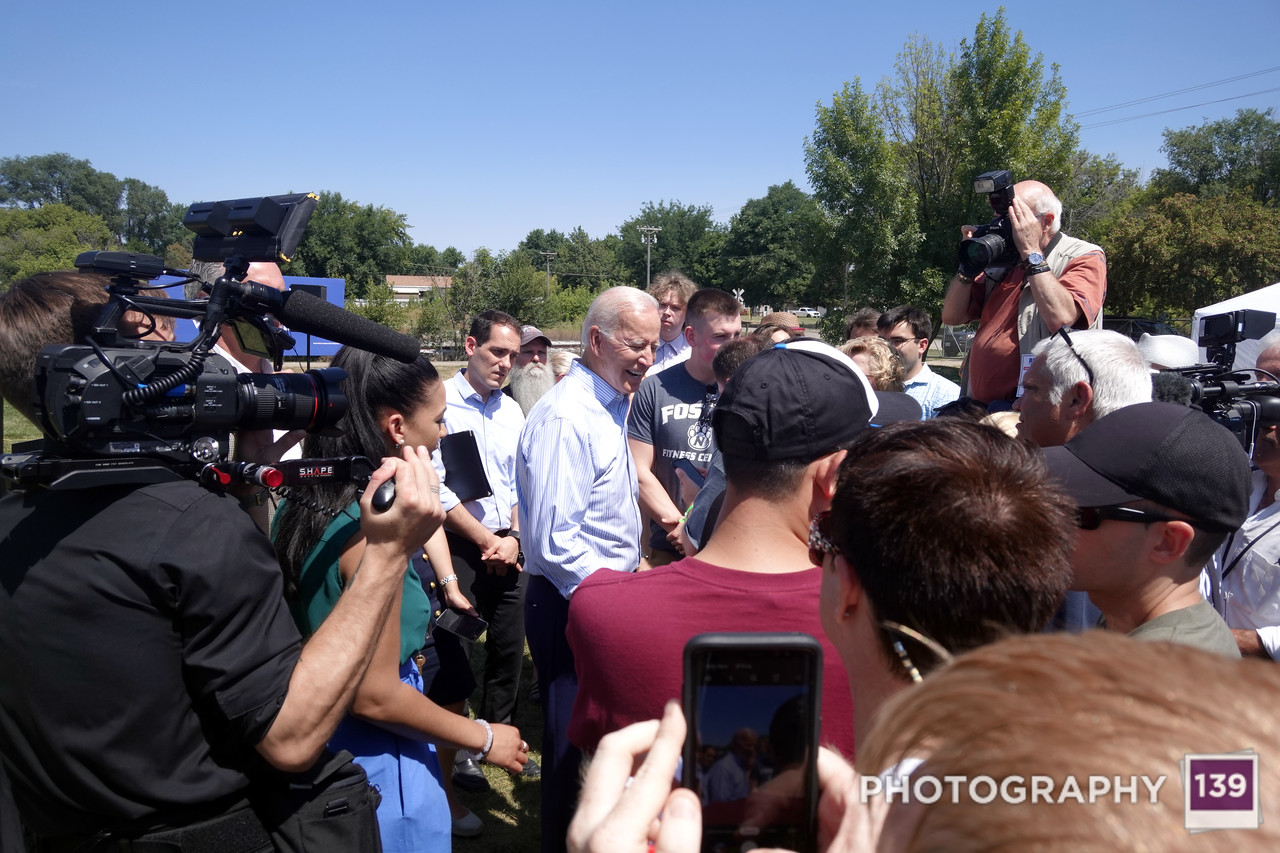 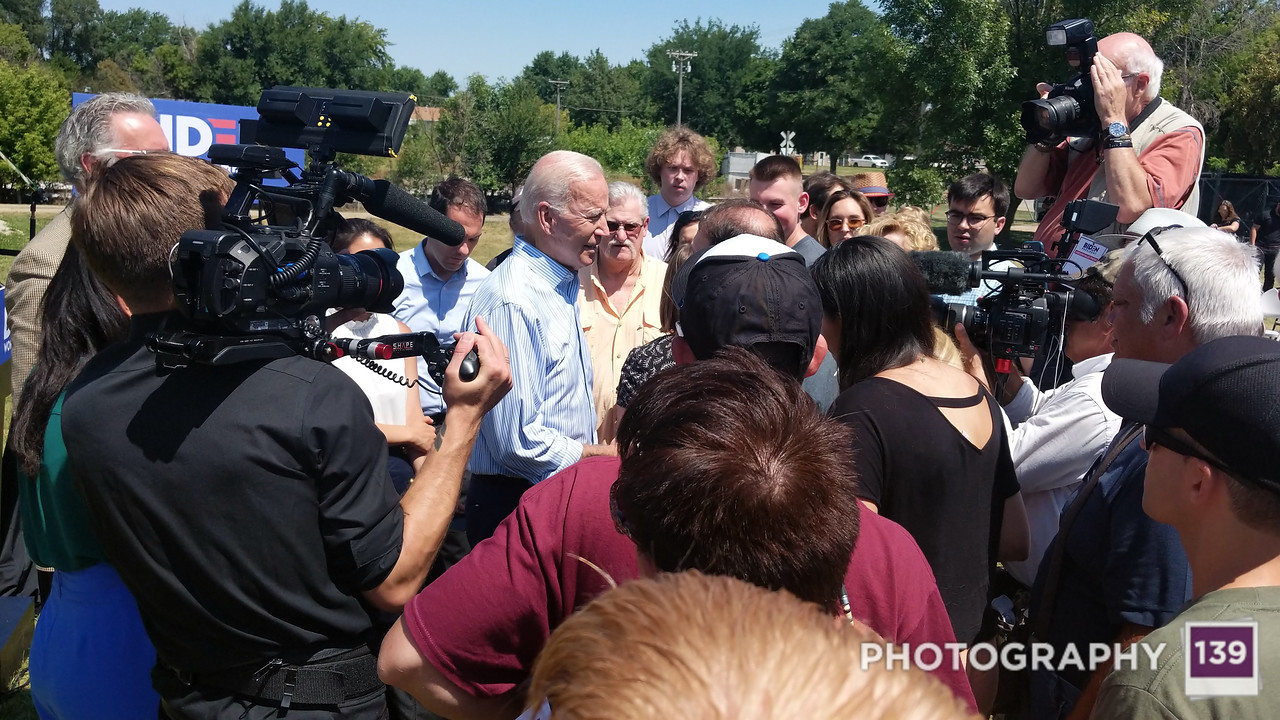 I have pictures from a couple of Mayor Pete events I’ve attended in the hopper still. I also hope to see Elizabeth Warren in Ames on Monday night.