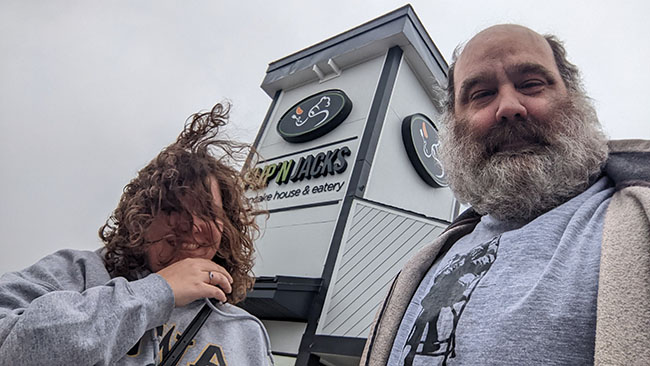 Going to share a couple of tenderloin experiences today. One was from a couple months ago when I went to Freddy’s with Teresa and had their tenderloin, which was a limited time thing. Usually I don’t record (or even eat) fast food tenderloins, but I figured, what the heck. Freddy’s isn’t a dump like the Evil Clown Empire or Burger King or Wendy’s. Freddy’s is a premium fast food restaurant. Or as those in the biz say, a quick service restaurant.

Here are some cruddy cell phone pictures from the experience: 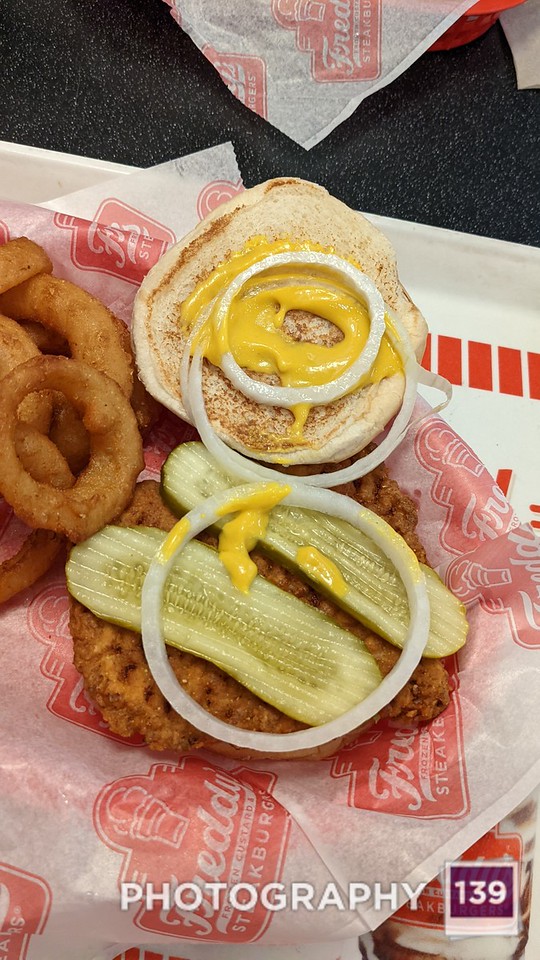 I don’t think there is a need to break it down any more than that. If you’ve been to Freddy’s you know it is the bomb. Except for their fries, which kinda suck. Go for the onion rings and all will be well in the world! And if you leave without getting a Freddy’s frozen custard, are we even friends?

Recently the phone at the Tenderloin Appreciation Society’s headquarters rang. It was team member Michelle with a hot tip on a Ames tenderloin worth checking out. The tip came somebody within Michelle’s sphere of influence. The newish local pancake house Flip’N Jacks was rumored to have a tenderloin of some consequence.

Michelle and I made lunch plans on a particularly windy day to give it a shot.

Here are some cruddy cell phone pictures from the day: 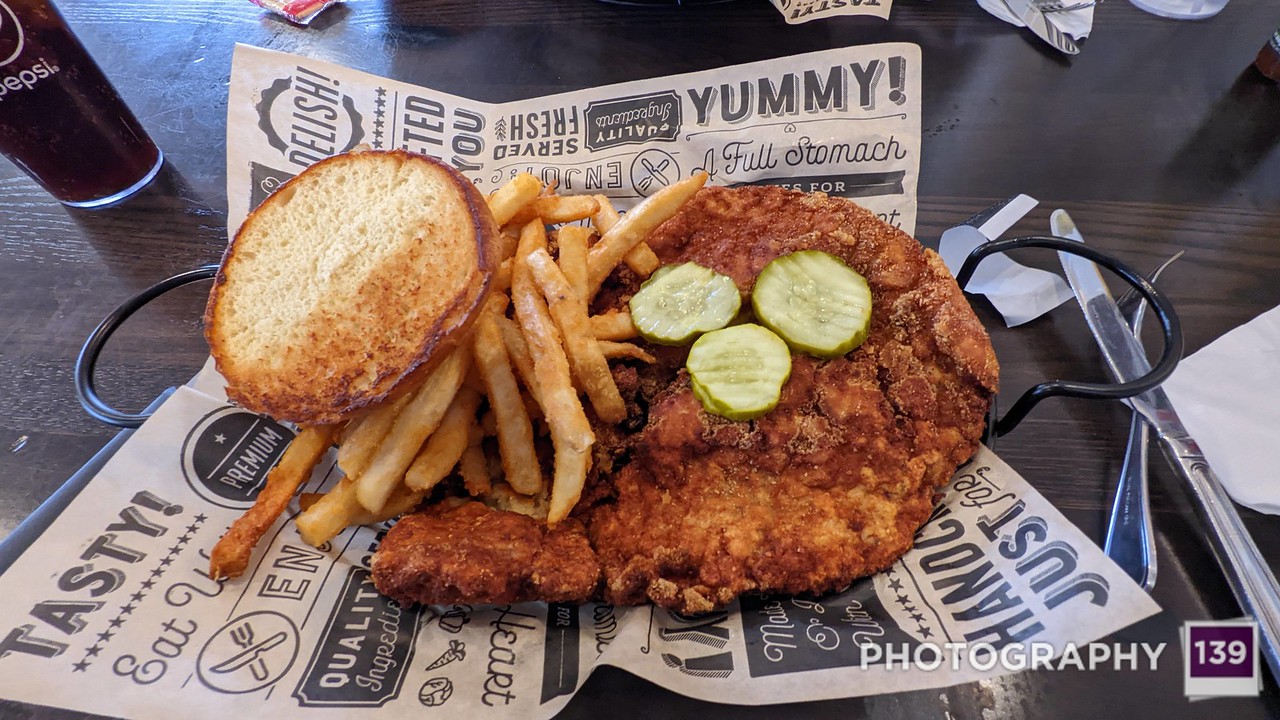 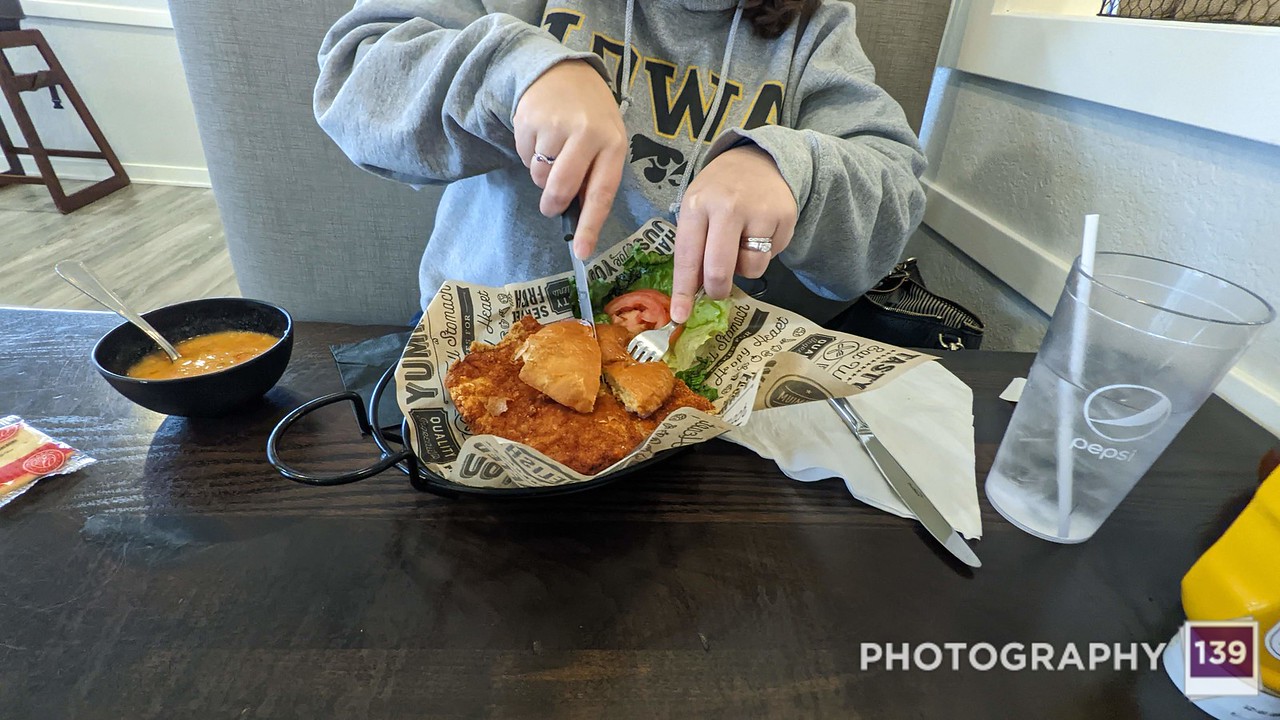 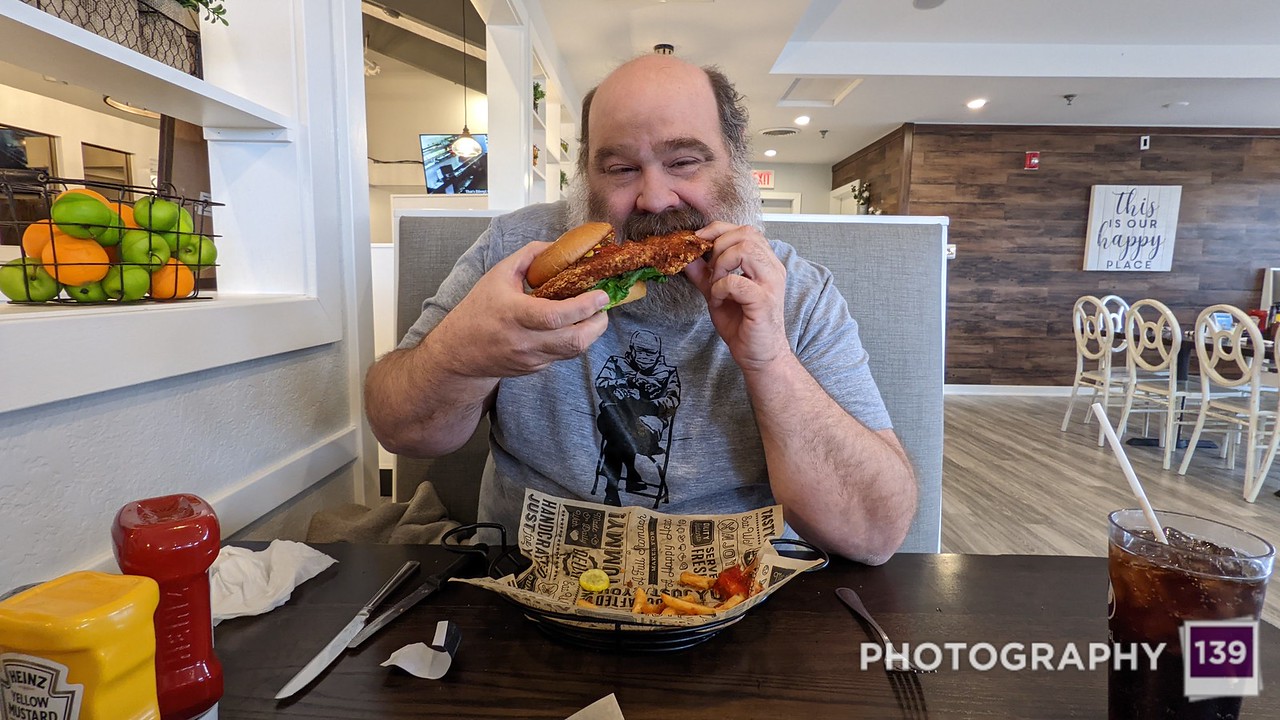 The Flip’N Jacks tenderloin is pretty good. In fact, at first I thought it was great. The first few bites, I was really impressed, but as I went on, I became less impressed. It was like the closer I got to the middle the more it tasted like dirty oil. I’ve never experienced that before, so may be it was an illusion. I would definitely go back and order this tenderloin again. But I’d rank it the second best tenderloin in Ames behind The Filling Station. Michelle however, would rank it higher than The Filling Station.

Here is the breakdown:

+ Toasted bun.
+ Good thick cut of meat.
+ Good breading.
+ Good flavor.
+ Cooked to perfection.
+ Onions, lettuce, and tomato on the bottom bun. I didn’t like this at first, but the more I think about it, this might be the wave of the future for tenderloins.
+ Fries were good.
+ Served Pepsi products.

+ Brioche bun.
+ Meat to bun ratio all sorts of out of whack.
+ Lettuce and tomato served by default.
+ Service was a little slow, but not terrible.

+ The middle of the tenderloin tasted oily, not in a good way.

It was very good, but I have a confession. I did not finish it. I’m sorry that I have failed you, but I have to be honest. You guys demand it.

This is your reminder that this week’s THE WEEKLY PHOTO CHALLENGE theme is LETTERS OR NUMBERS:

LETTERS OR NUMBERS! What a great theme for Year 9 of THE WEEKLY PHOTO CHALLENGE!