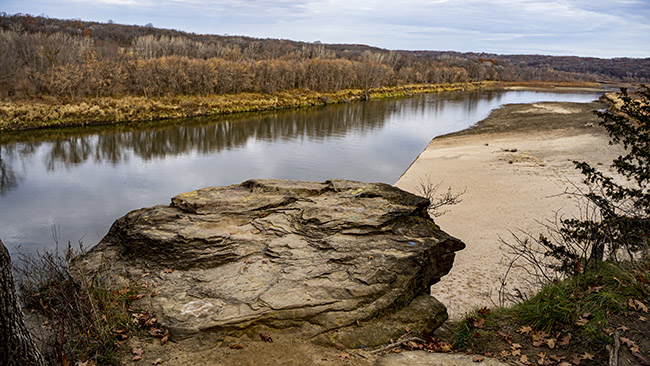 Many of my post titles come from the titles of songs or from quotes. I don’t usually reveal the source of the post title, because I hope that the reader thinks on it for at least half a second.

To share how I get to where I get, so you can get a small inkling on how my mind walks around this planet, I thought I would share how today’s title came about.

The pictures I am sharing today were taken near Lost Lake in Ledges last November. One of them you have seen before because it is the September image of the 2022 Photography 139 Calendar.

Because they were taken near LOST lake, the basis of the title is from the following words about being lost:

Sometimes being lost is the best way to find yourself.
-LJ Vanier

Here are some pictures that helped me find myself: 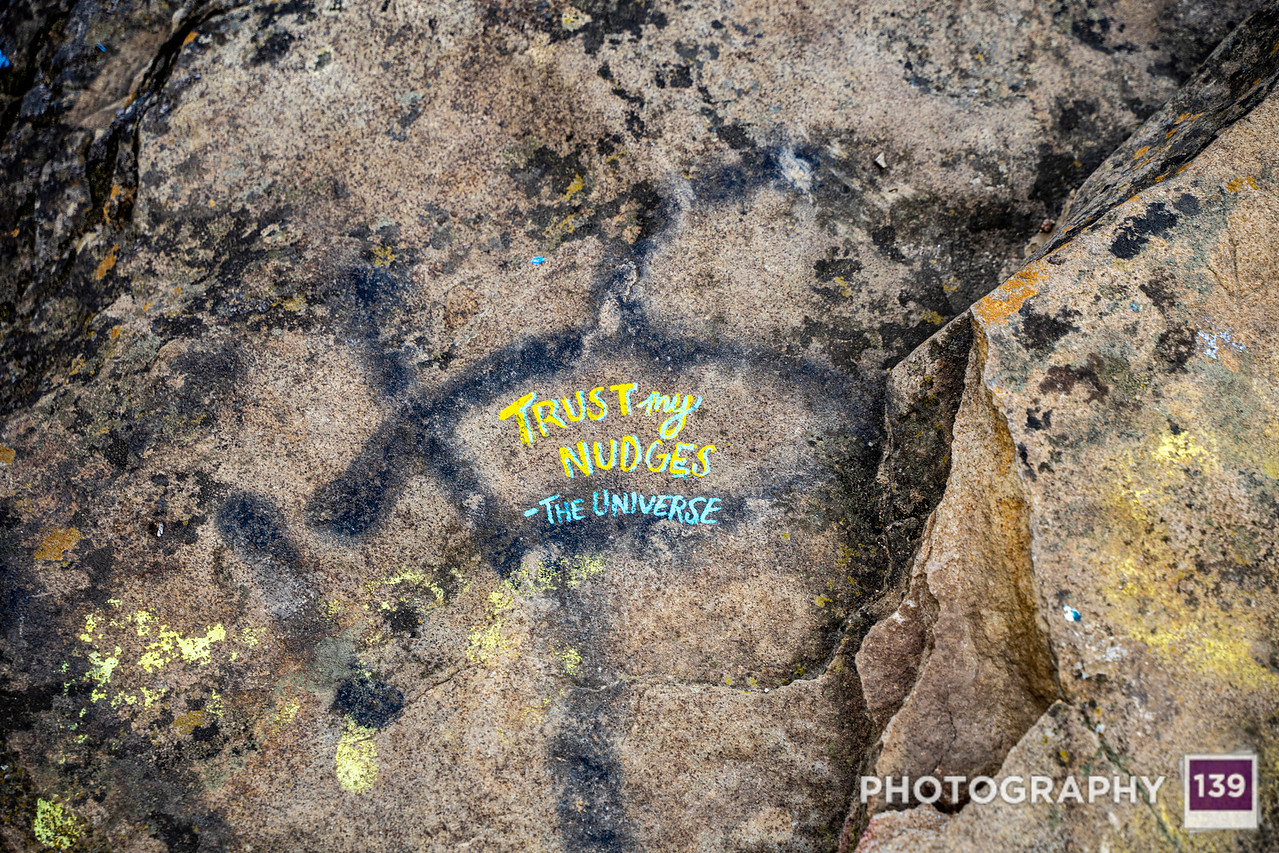 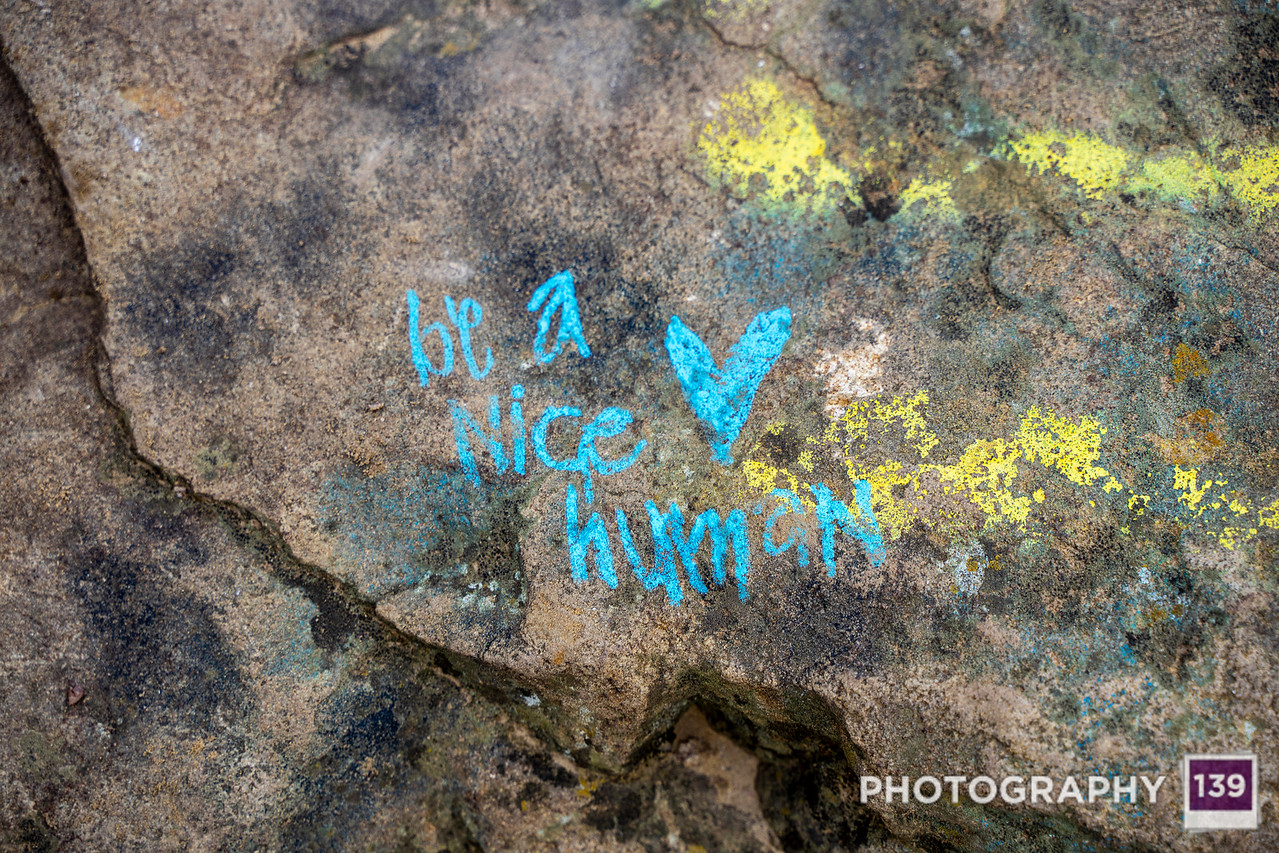 Can anybody figure out what this says? 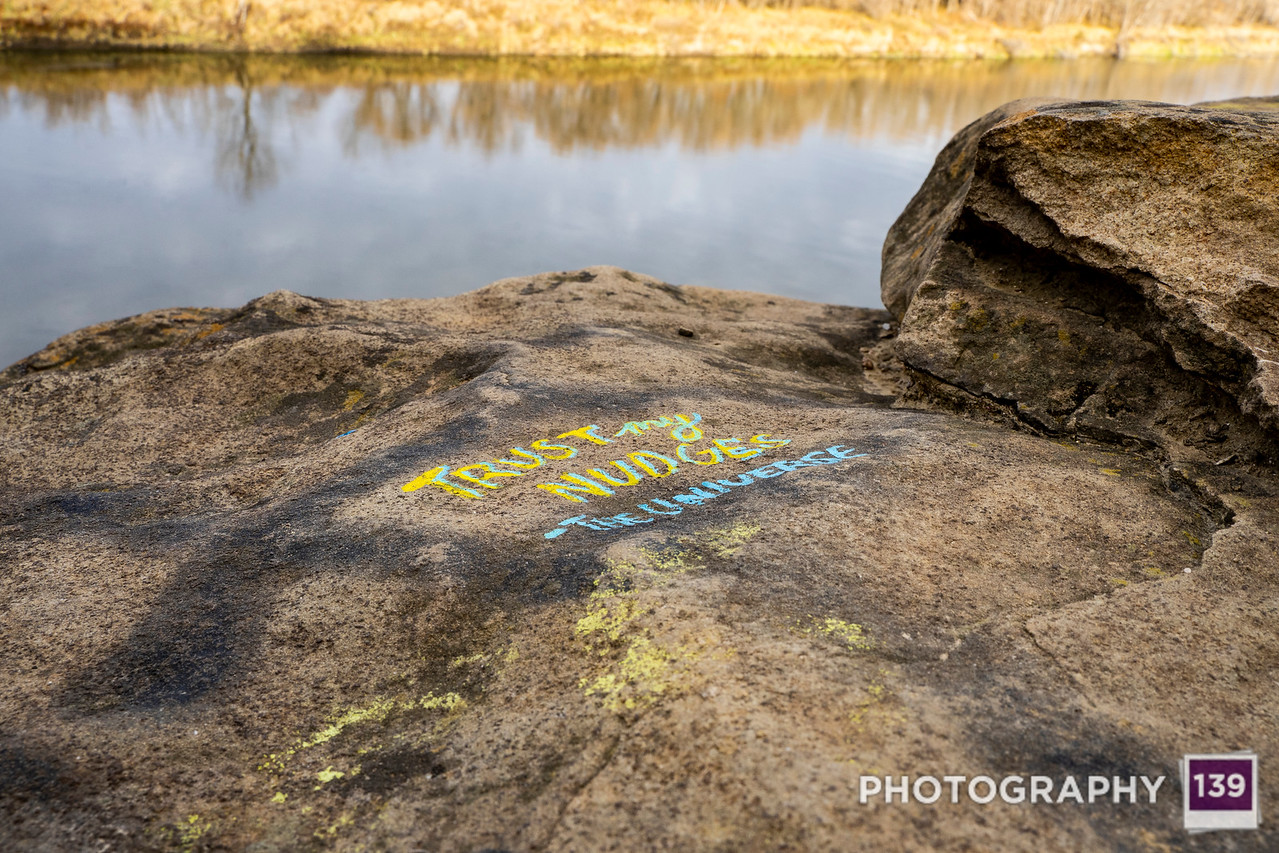 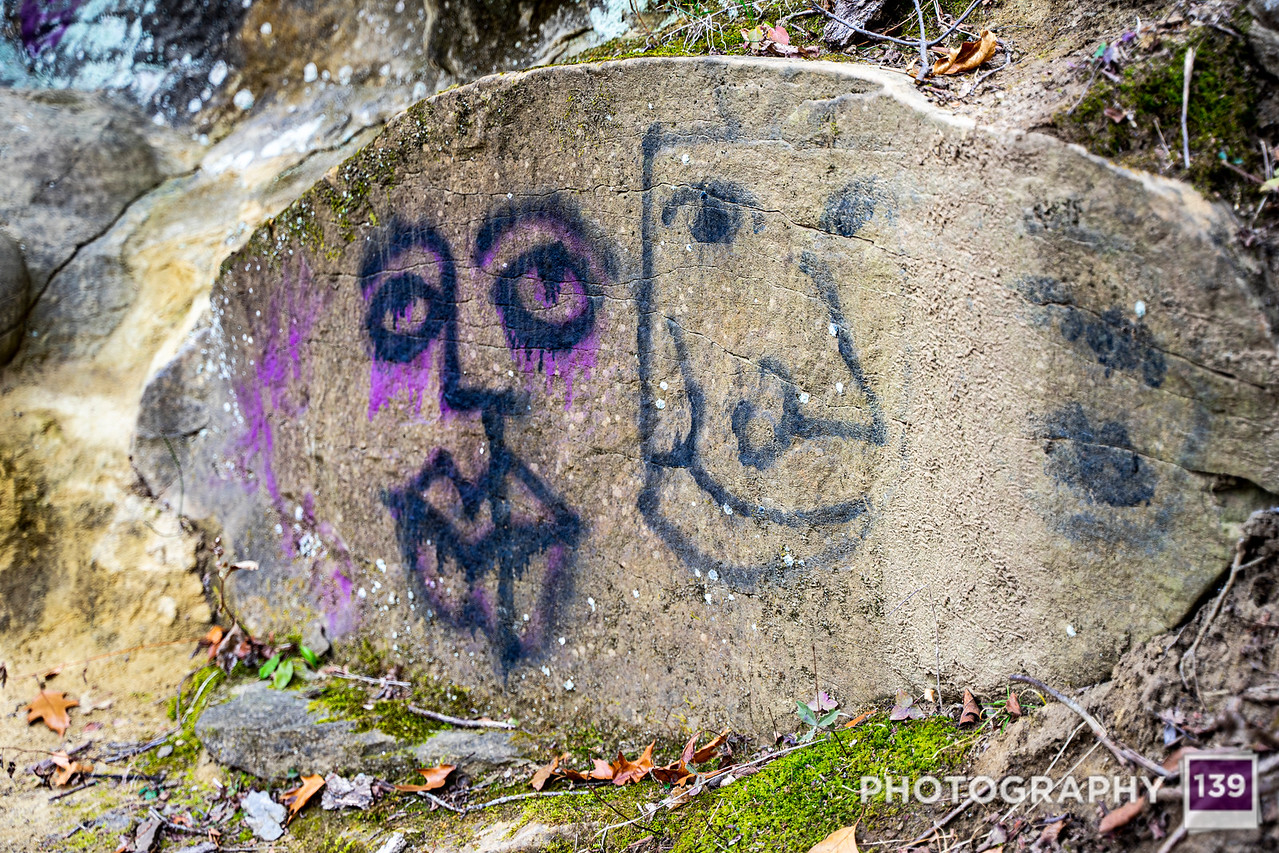 A quick thought on graffiti. I am a big fan of graffiti. One of the things I like about living in a railroad town (besides it provides jobs to a few of my friends) is because every day when the trains roll through town it is like a mobile museum. Now much of the art isn’t great, but usually I see at least one thing that I enjoy. In fact, when I work at the Ames Computer Mine, I frequently head down 17 and then take Old 30 into Boone, even though it takes longer, just to check out the graffiti on the parked railroad cars that are usually by the Jordan elevator.

With all of that being said, I can’t stand graffiti in nature. The sayings here that are drawn in this with chalk or a media that will quickly fade away. I’m cool with that. But using spray paint. I’m not down. Tag up a railroad car or the side of a building or a bridge. I’m down with that.

This is your reminder that this week’s THE WEEKLY PHOTO CHALLENGE theme is #INSTAGOOD:

#INSTAGOOD! What a great theme for Year 9 of THE WEEKLY PHOTO CHALLENGE!

But what is a #INSTAGOOD picture? #INSTAGOOD is the second most popular hashtag used on Instagram. As of this morning, it has been used on Instagram 1,531,803,168 times. You might be thinking, “Well, that is an interesting statistic, that doesn’t tell me what it means!”

The #INSTAGOOD hashtag is used when an Instagram user thinks that the picture is particularly good. Not just your average picture, but a good picture. For our uses, this week’s theme is to send me you best picture you took during this week. From between 12:01 PM today and 10:59 next Monday.

So that brings me to the new rule for this week’s theme:

SEND ME ONE AND ONLY ONE PICTURE!! THERE CAN ONLY BE ONE BEST PICTURE YOU TOOK THIS WEEK! DON’T EVEN THINK ABOUT SENDING ME MULTIPLE IMAGES AND TELLING ME TO PICK THE BEST ONE. I WILL NOT DO IT!! I WILL COUNT THAT AS ZERO SUBMISSIONS! I’D HATE TO SEEN ANY STREAKS ENDED CAUSE OF A TECHNICALITY!

This is one of two themes that will have special rules this year. The other one is also coming up pretty soon.