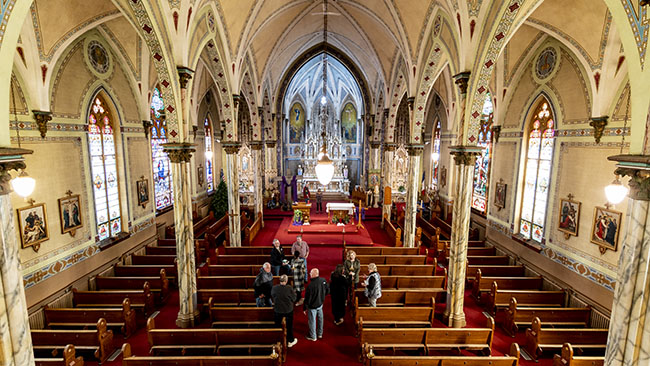 These pictures were taken on a trip I took with Jesse to Woodbury County to harvest the town signs of Woodbury County. However, all of these pictures were taken in Carroll County. Most of them in Roselle, Iowa in a church we stumbled upon. We were there on a Saturday night and the church was open for a Bible Study Group that meets there. Other than that service, there is no weekly mass at the church. They do the daily Catholic stuff there, but there isn’t many people left in the congregation. The church was recently restored though. It is absolutely beautiful. One of the most beautiful churches I have ever been in.

The last three pictures are not of a Freedom Rock. There is only one Freedom Rock per county (except Polk County which has two) and the Carroll County Freedom Rock is in Manning. This rock is in Glidden. I think there are some alternate Freedom Rocks out there. But I haven’t looked into it.

The next time I share auxiliary images from THE TOWN SIGN PROJECT, they will be from Black Hawk County.