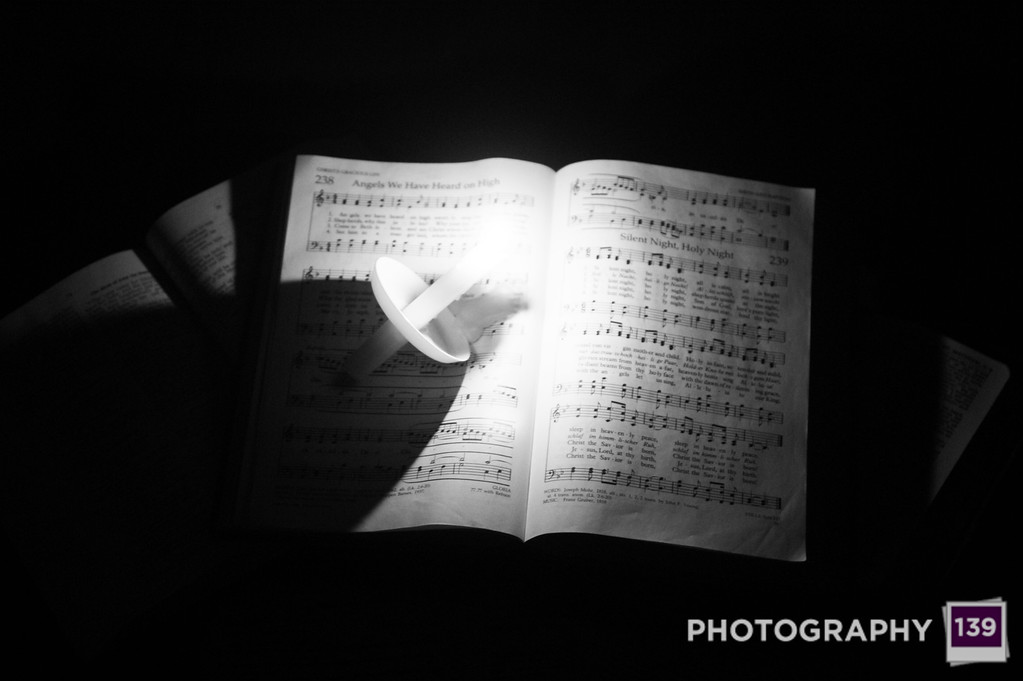 Most people have already seen this picture that I took to send as a Christmas e-card. (Just one of the many awesome features of the Photography 139 Galleries!)

I borrowed a hymnal and candle after the early evening Candlelight Service on Christmas Eve and took this picture and returned them during the later service.

Since this isn’t new to many people, here are a couple unrelated bonus pictures:

I’m also excited to report that my new website is almost fully functional. Now it is merely a matter of getting some content and recruiting some more writers. Perhaps there will be a full-fledged announcement in a week or so.

Next week’s Personal Photo Project is the first in a series of pictures that are going to seem somewhat (completely) self-absorbed. Perhaps even worse than my Twitter account. If my greatest influence on myself is me, I’m going to start re-doing some “classic” Christopher D. Bennett images.

The first redux will be Nuclear Library.

5 thoughts on “Personal Photo Project of the Week #52”