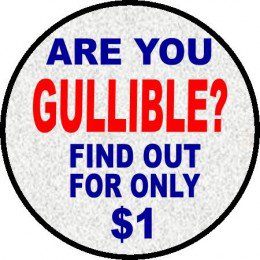 I put up some pictures that were very, very clearly fake clown pictures to make fun of how stupid the clown sighting hoax is and how gullible people are who believe in such stupid things.

It was a parody! A parody of the people who take such things seriously!

It was 50% a quote from the movie HALLOWEEN. The good one, directed by John Carpenter. Not the awful one that was directed by Rob Zombie.

Another major clue, should’ve been the part about developing and printing color film images in a matter of moments. The images were very clearly poorly Photoshopped!

Here is the truth about clown sightings:

Do you wonder what goes into the psychosis of people that believe that such things are occurring despite all the evidence that leads to the contrary. Here is a pretty good theory:

The experts weighed in with explanations. David G. Myers, a professor of psychology at Hope College in Holland, Mich., attributed the epidemic of sightings to “mass hysteria” as people’s fears and feelings fed on one another. Jason D. Seacat, an associate professor of psychology at Western New England University in Springfield, Mass., suggested another motive for the outbreak: a need for people to feel connected to a news event that had garnered national headlines.

THERE ARE NO CLOWNS OUT THERE! STOP BEING GULLIBLE!!! STOP WASTING THE TIME OF THE POLICE!!!

I mean, man, I’d probably leave the clown picture up, but then there would be somebody that would see it and say that I was lying about it because I was in on it with the clowns. That is how conspiracy theorist think. They are broken cognitively. When they see something that clearly shows that their theory is full of holes and lies, they just claim that the evidence is provided by somebody that is in on it.

Instead, enjoy a picture of a daisy:

4 thoughts on “A Parody Clown Sighting”