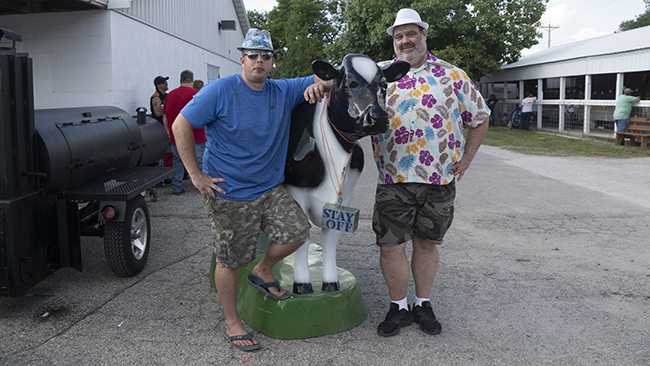 I was involved in 2 contests at the Boone County Fair this year. Now that the fair is in the past and I’ve had adequate time for reflection, I think it is a good time to share the results from the contests I entered.

First, the Open Class Photography Contest. You may recall that I had people vote to decide what pictures I entered. These are the five that were voted in and what they received: 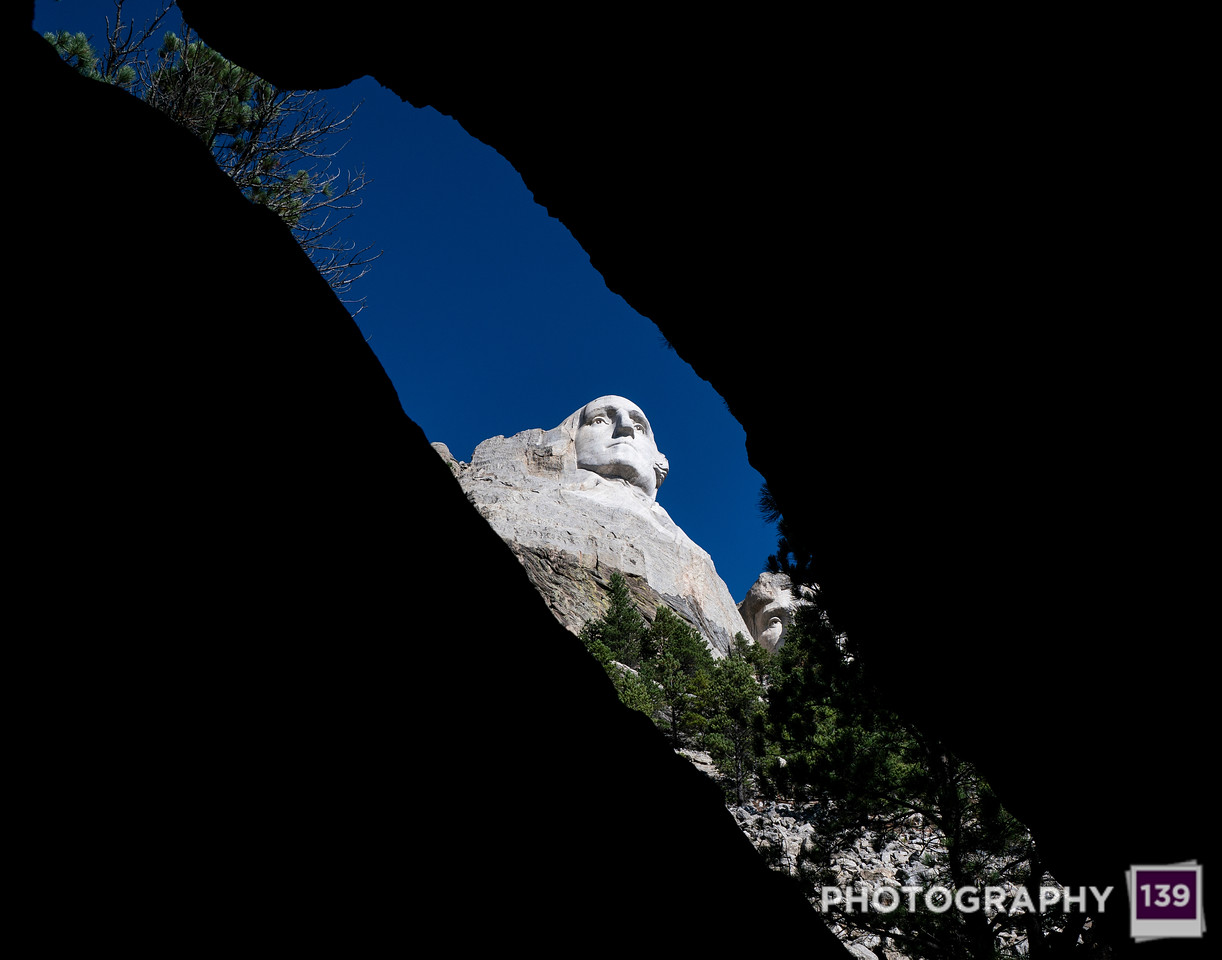 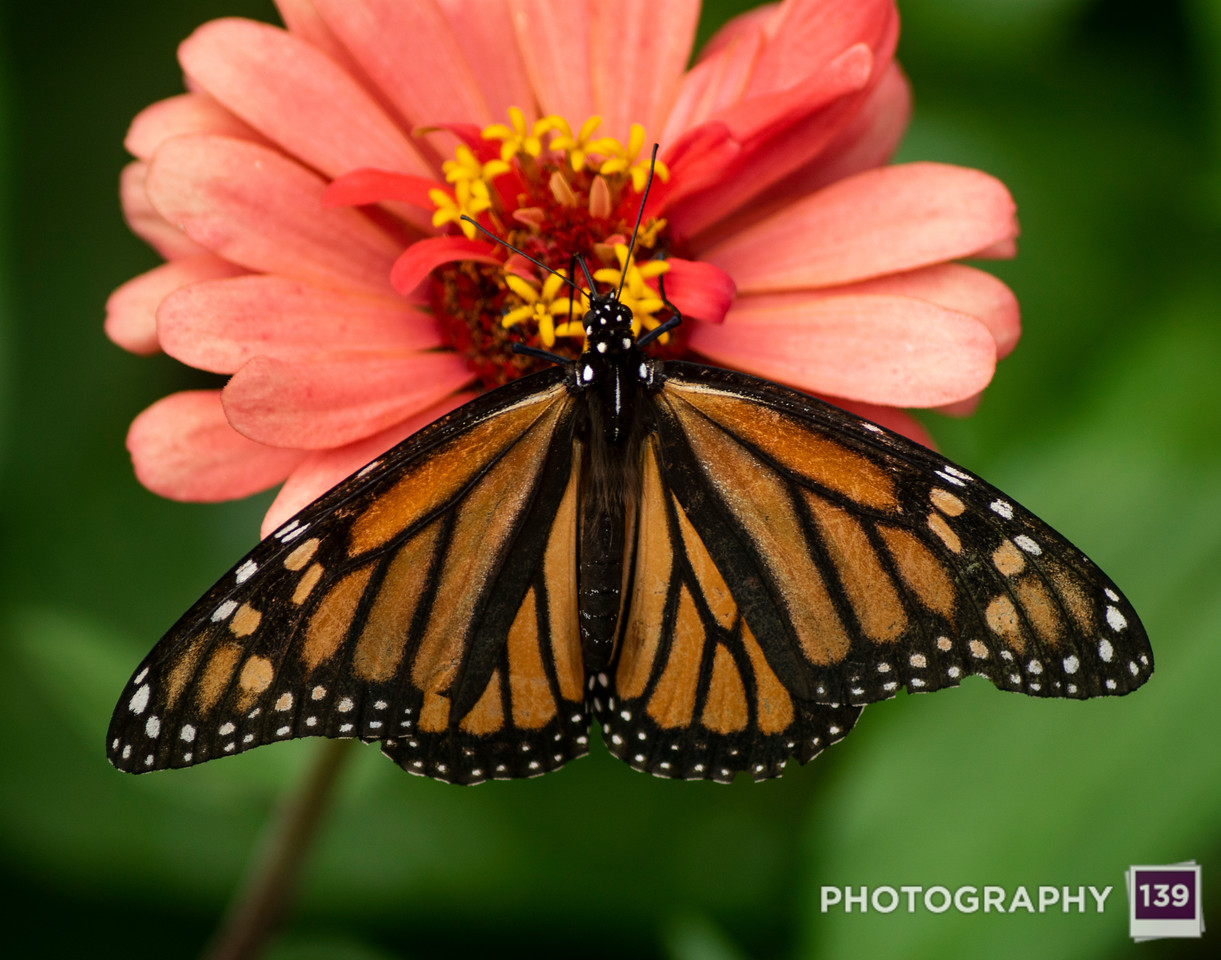 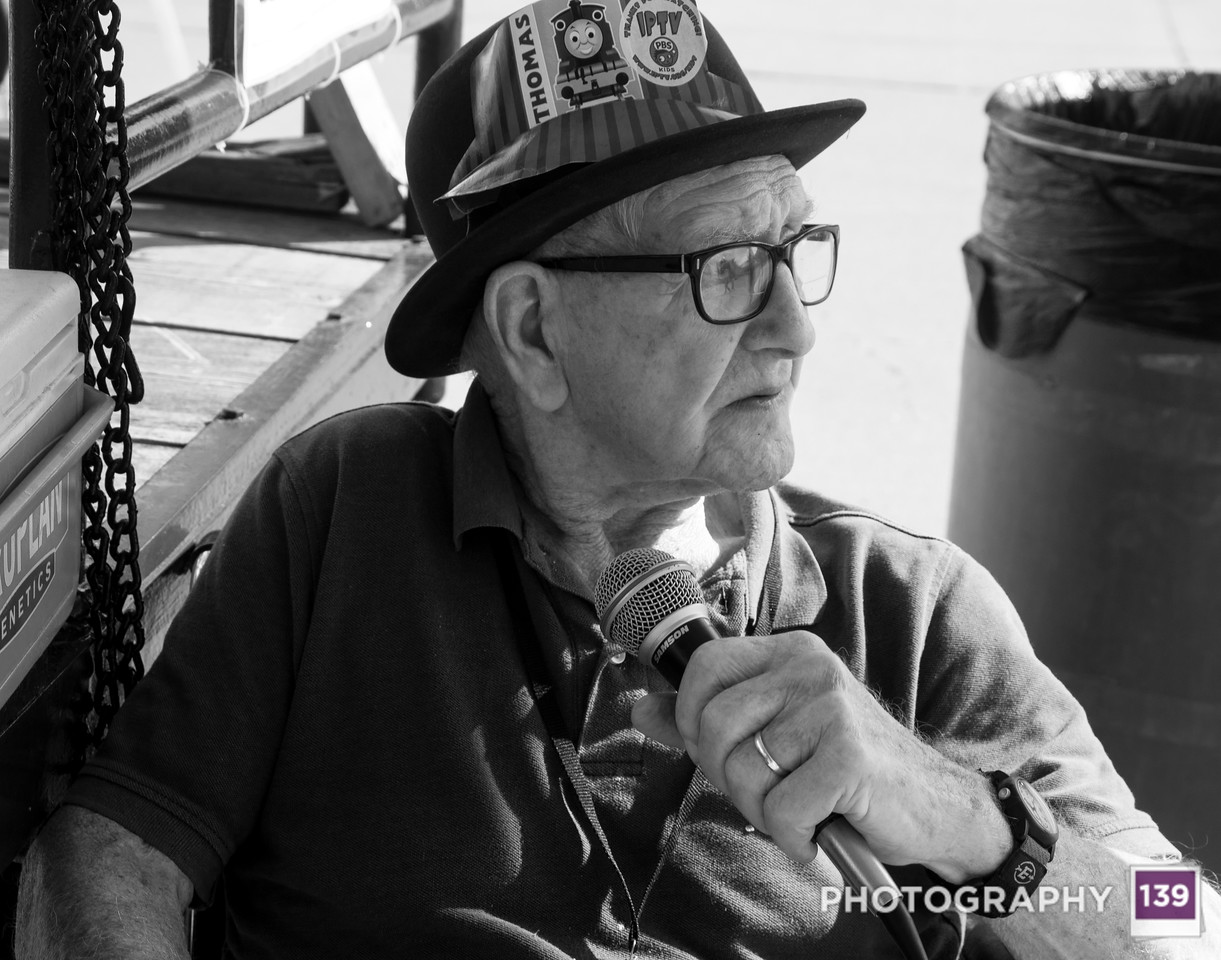 Purple is the best. Red is the second worst, I guess. You can also get a white ribbon. I figured the reflection picture would resonate well with the Boone County Fair “judges”, because there is no obvious photographic technique. The subject is debatable. It doesn’t follow any rules for composition. To some degree, it is hard to tell what is in focus. It is a terrible photo contest photo. But it is a cool looking photo. You could print that up (perhaps on metal) and put that on your wall.

I reiterate, that I don’t enter photo contest to win ribbons. I just like to have pictures be seen. Whatever prize comes or doesn’t come, so be it.

I will run a similar program to pick out the pictures to be entered in the Pufferbilly Days Photo Contest. It will be slightly different because people struggled to figure out how to use the website, so I will try to make it as not tech savvy as I can. None of these pictures, nor the pictures from the Iowa State Fair Photography Salon will be eligible to be in the Pufferbilly Days Photo Contest.

That is my rule, not theirs. I never enter a photo in more than one photo contest. I will be bagging these photos up and be putting them in the Photo Contest trunk in the next couple of days. The trunk is running low on space, so I will be needing to upgrade or get another trunk in the near future.

Look for your chance to vote at the beginning of August.

The other contest I entered during the Boone County Fair was the Farm Bureau Cookoff. Technically Scottie D.’s name is the name on the entry, but this was a Baby Got Rack entry. Although, let us face it. Scott is the talent of Baby Got Rack.

There was a bit of confusion with the contest as the rules had changed quite a bit from previous years and also, were not well written. At our team meeting on the Thursday before the competition, there was much discussion about not even entering the contest.

According to the new rules, set up was at 1 PM and judging was at 4 PM. That is not enough time to smoke a piece of meat. It takes a minimum of 1 hour to get the fire going and the air circulation to where you want it. Then the quickest meat to smoke is pork loin. It needs to smoke for 2 hours. 1 hour 45 minutes at the least. Then it needs to rest for at least half an hour, otherwise all the juices will be lost when you cut into it.

We thought about just showing up and winging it. We had once made a Chili Cheese Dog Pizza on a whim. It was delectable. It was delicious. We have never made it since.

On Friday, Scott talked to the people running the contest and they told him that we were allowed to show up and set up at 8 AM. That is enough time to do a rack of ribs right.

The other major change was the limitation of only being able to enter 2 categories.

At the Thursday meeting we must have went around in circles for hours about what 2 categories to enter. When the 1 PM rule disappeared, the answer became clear:

Here are a few pictures from Baby Got Rack’s day at the Boone County Fair: 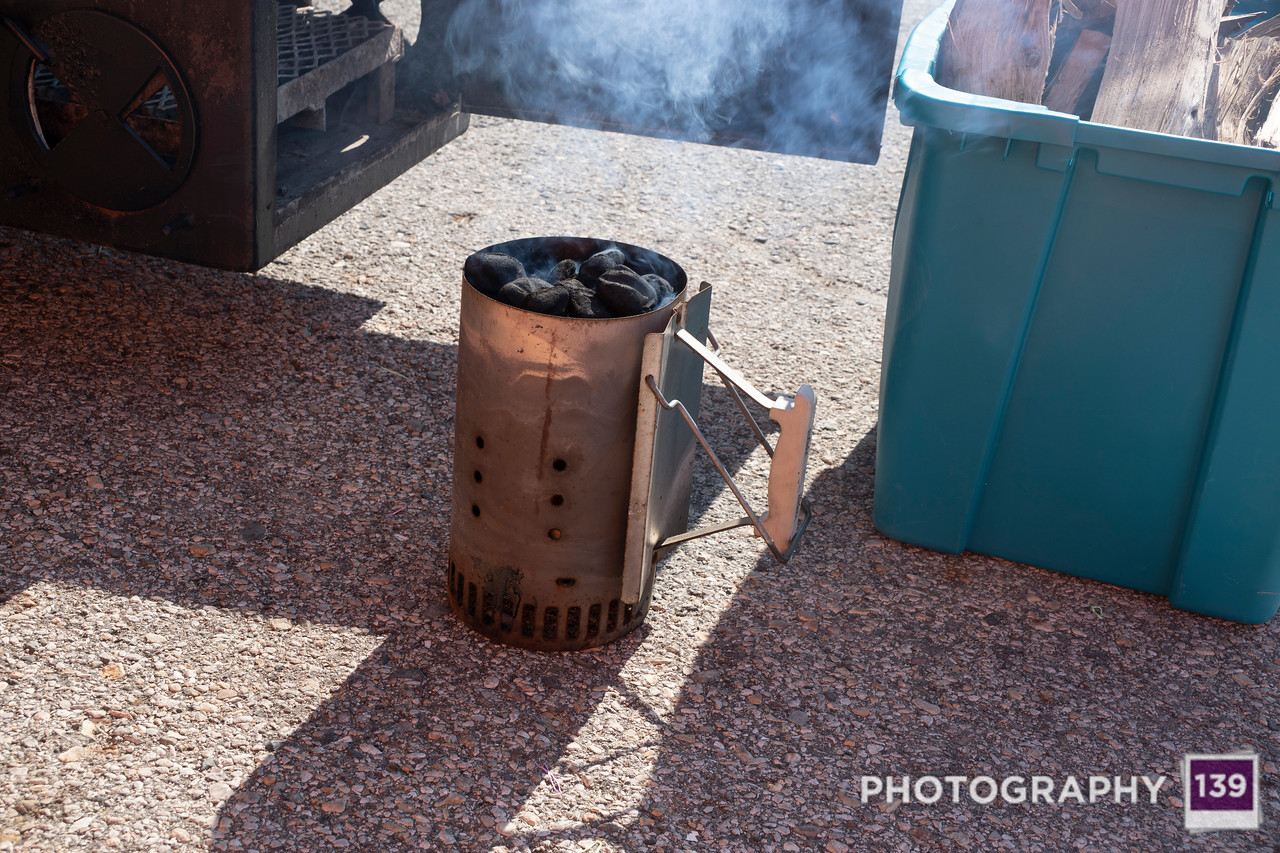 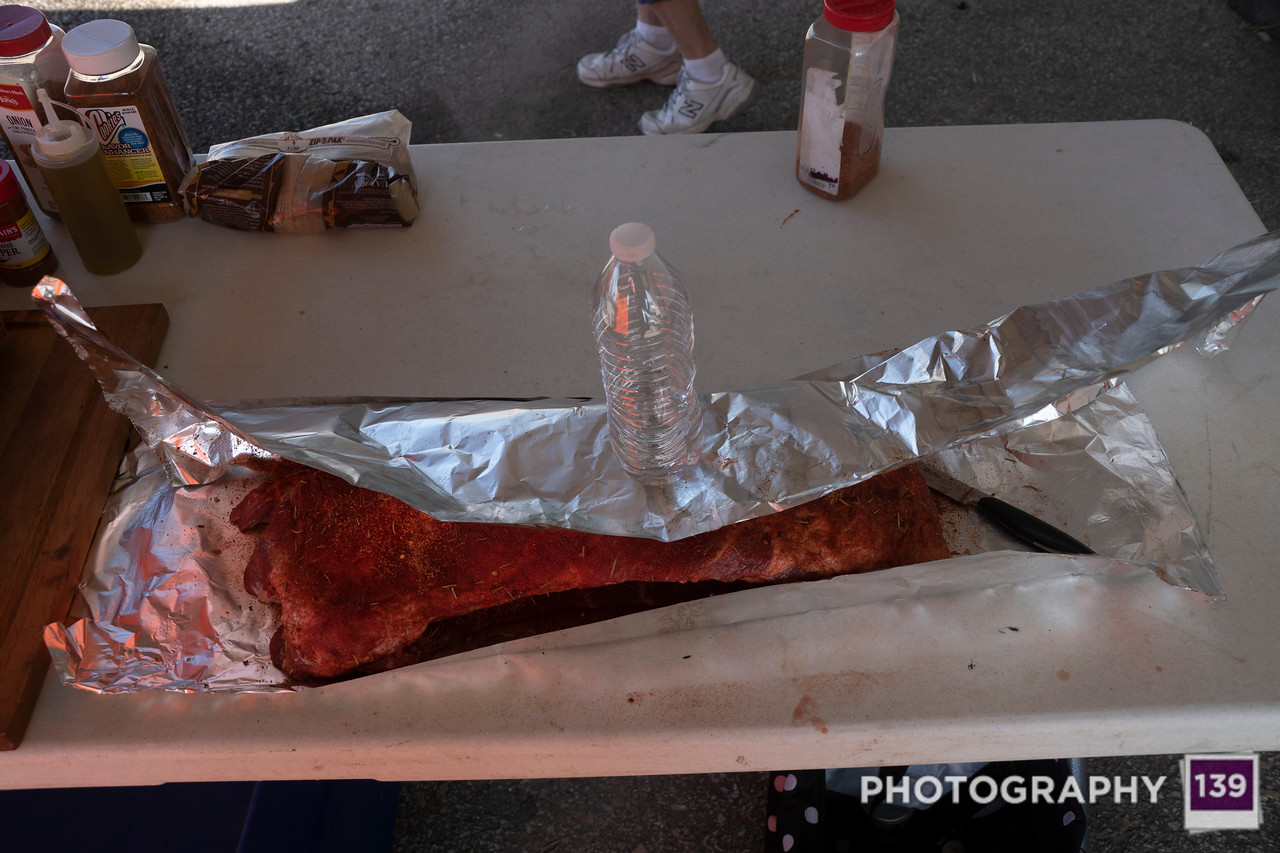 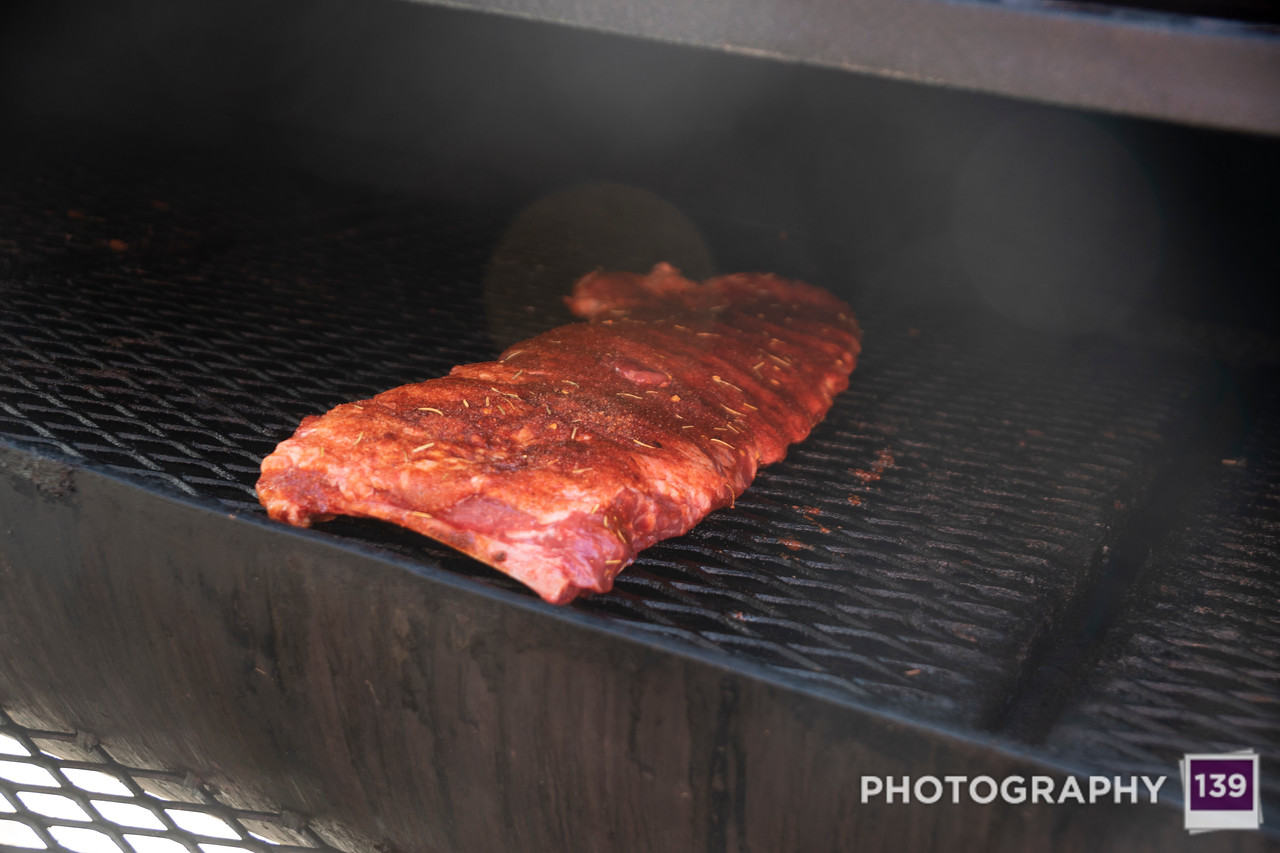 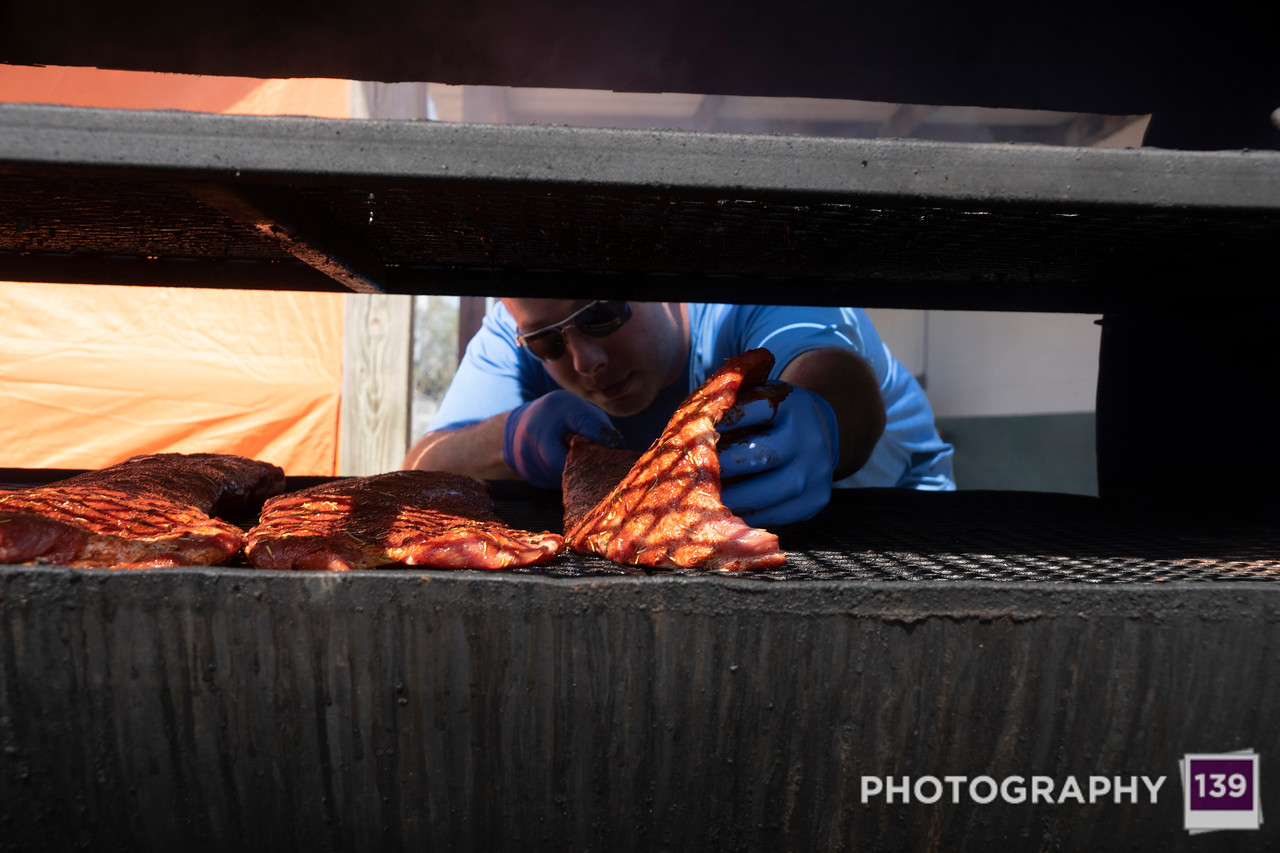 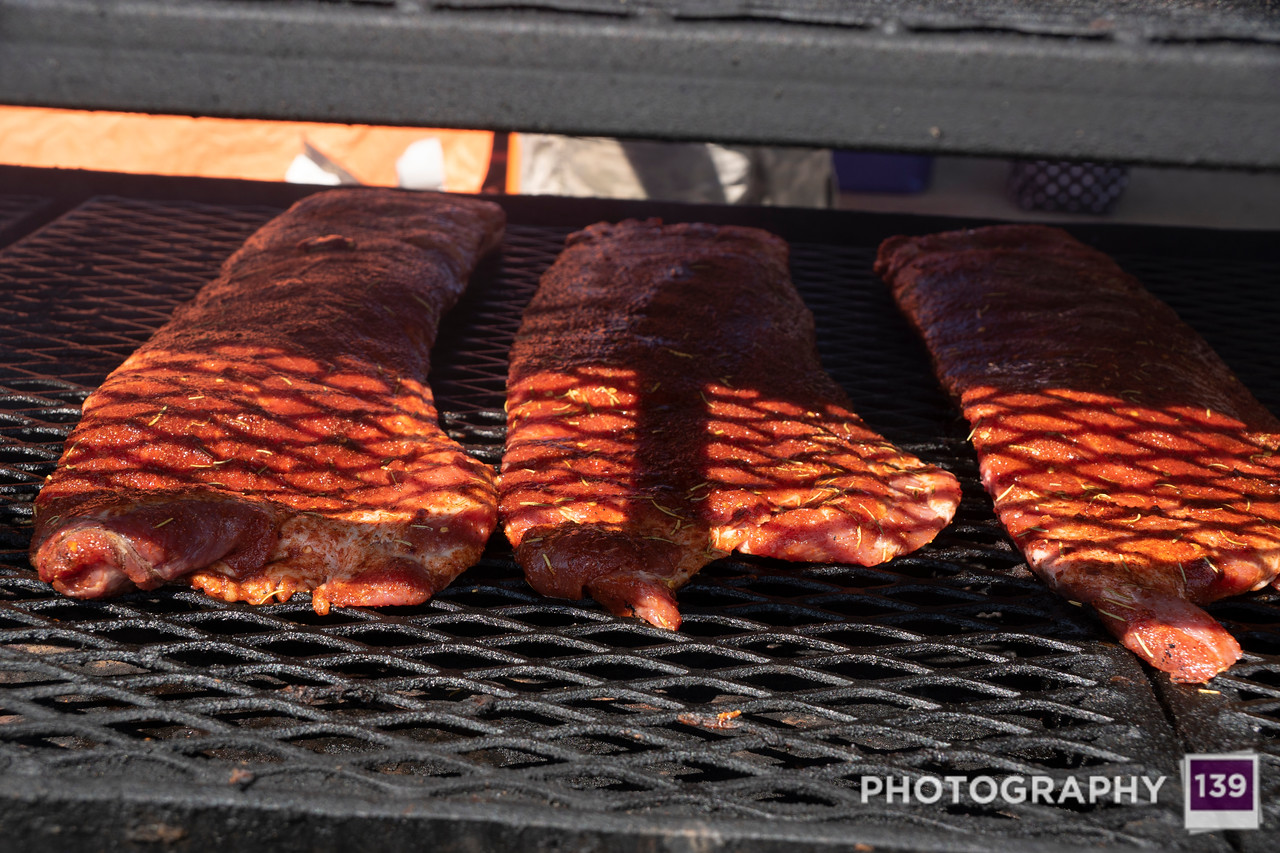 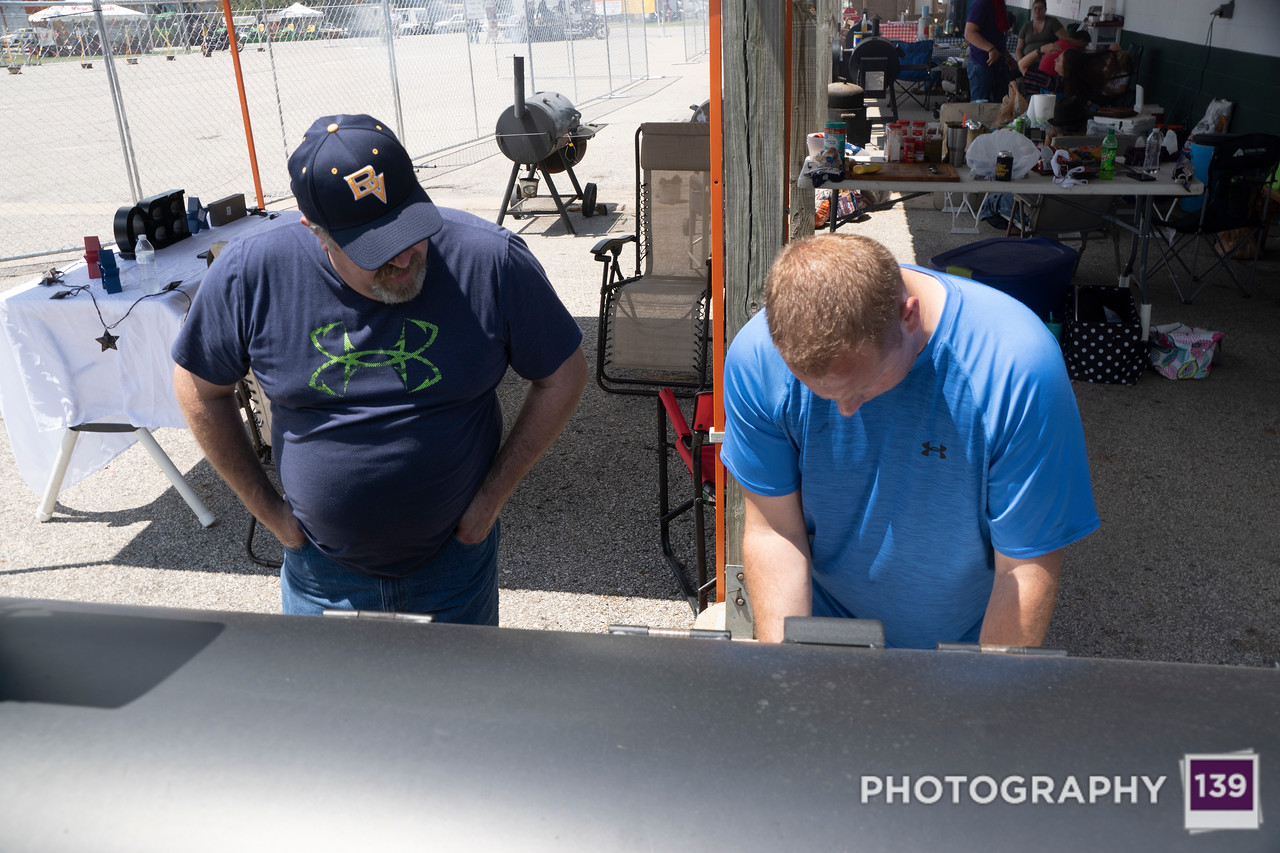 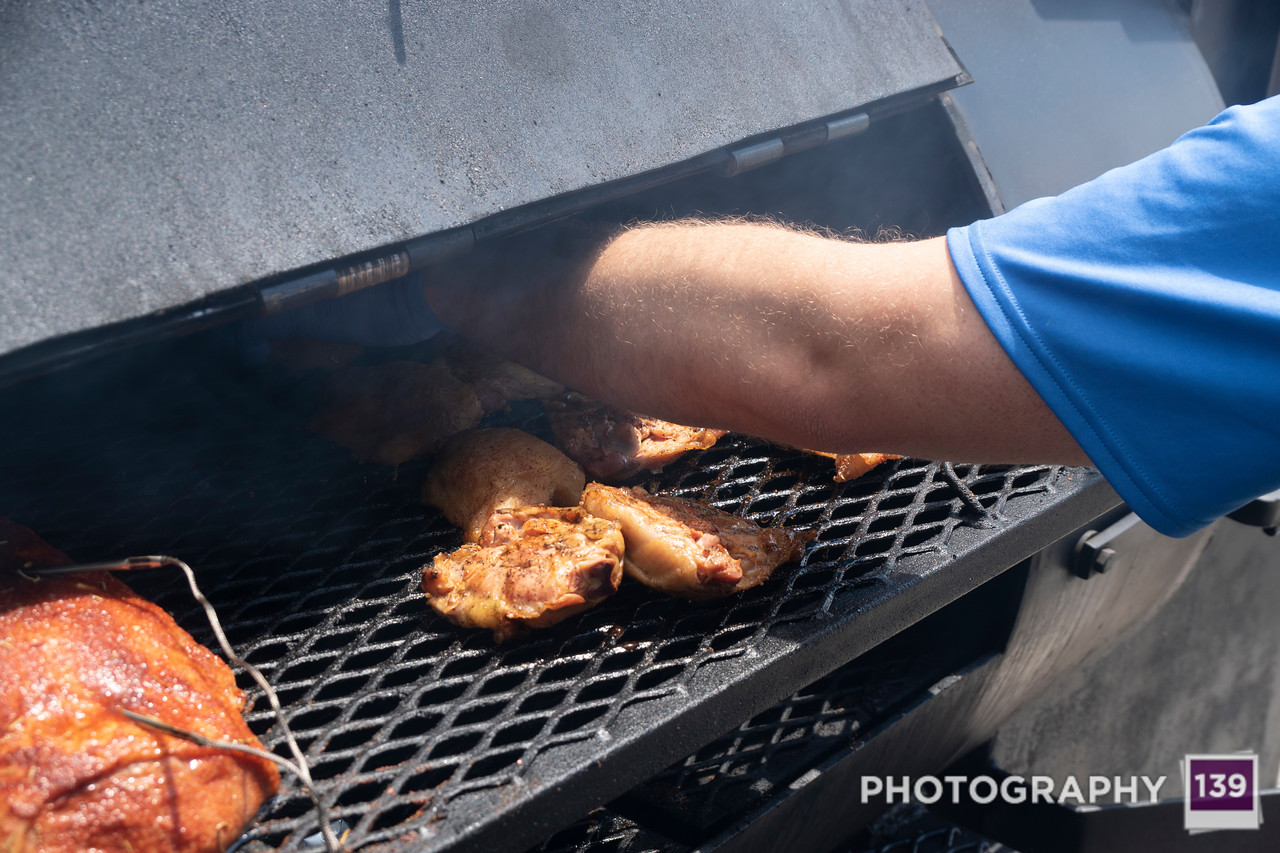 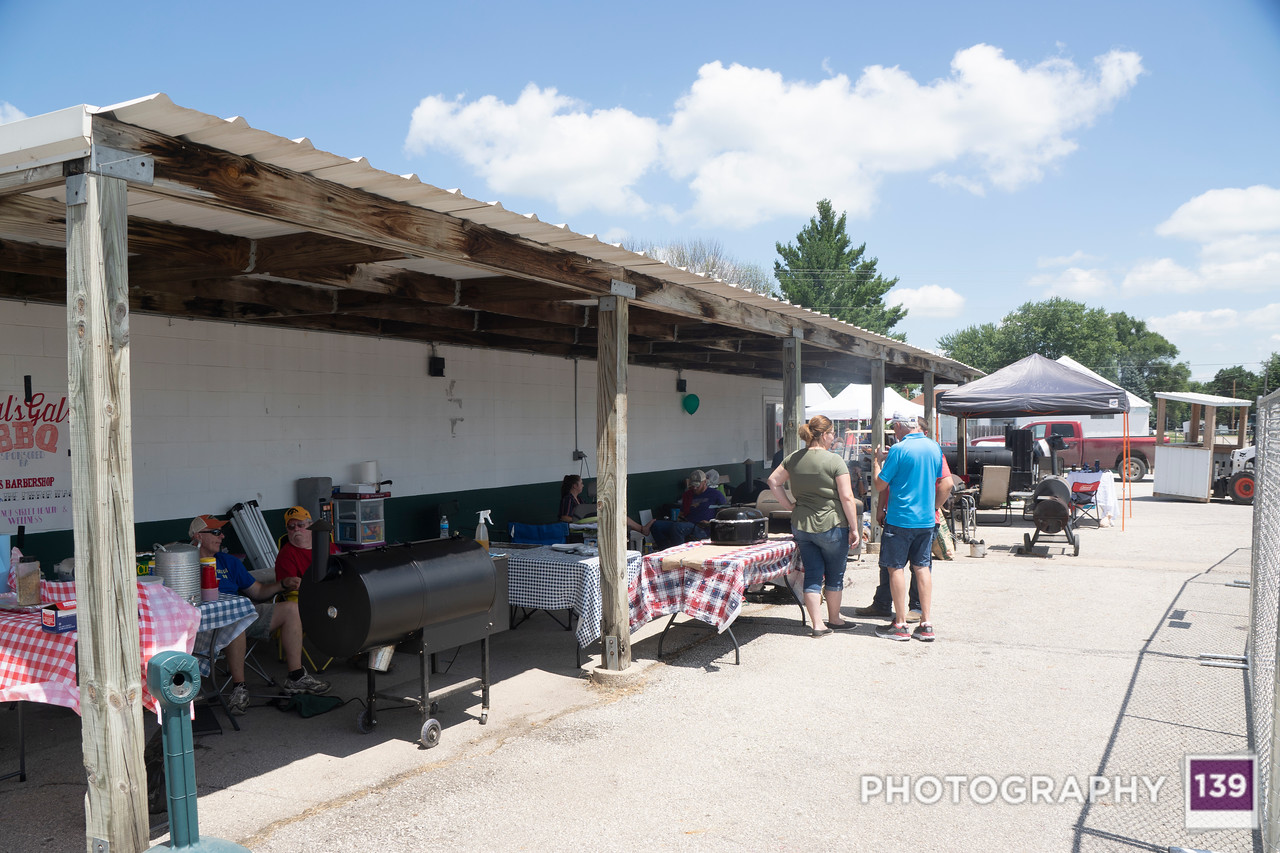 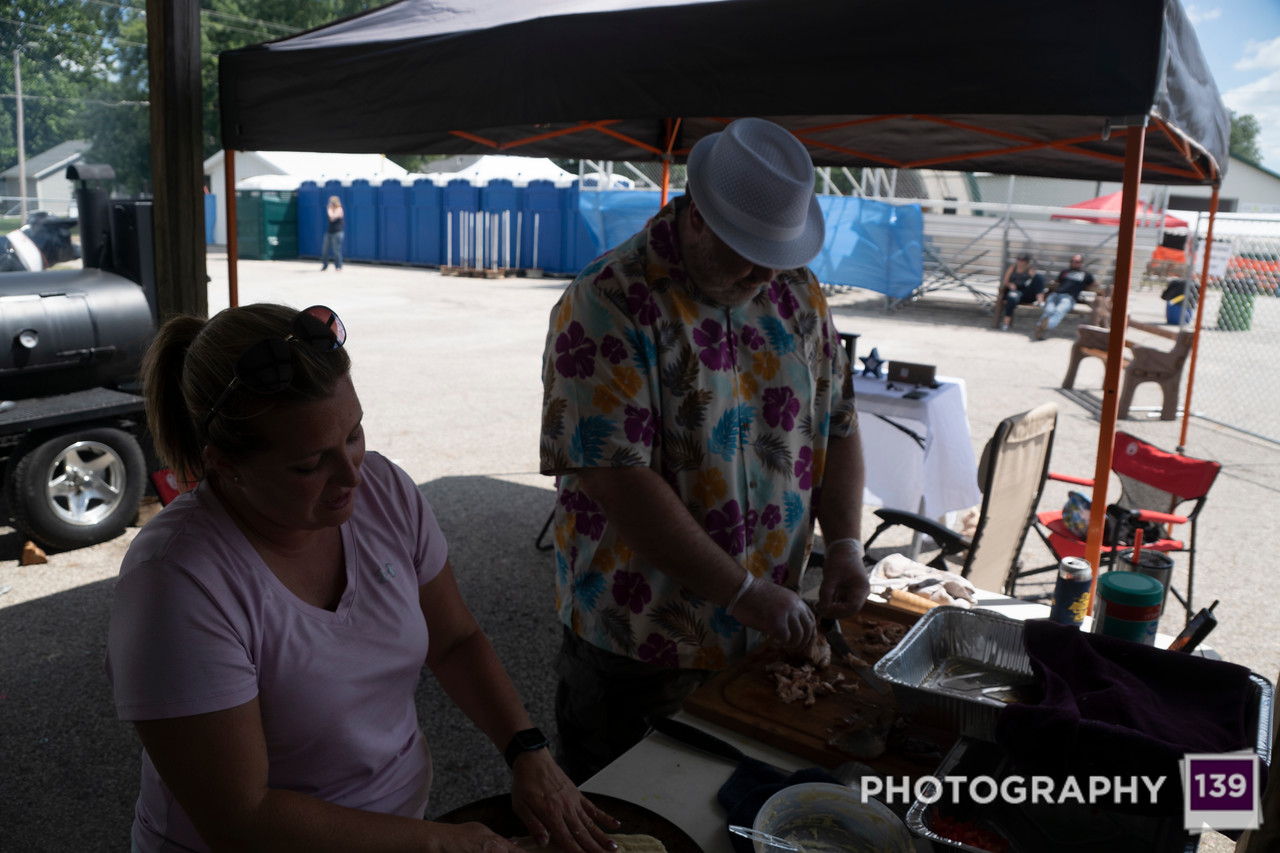 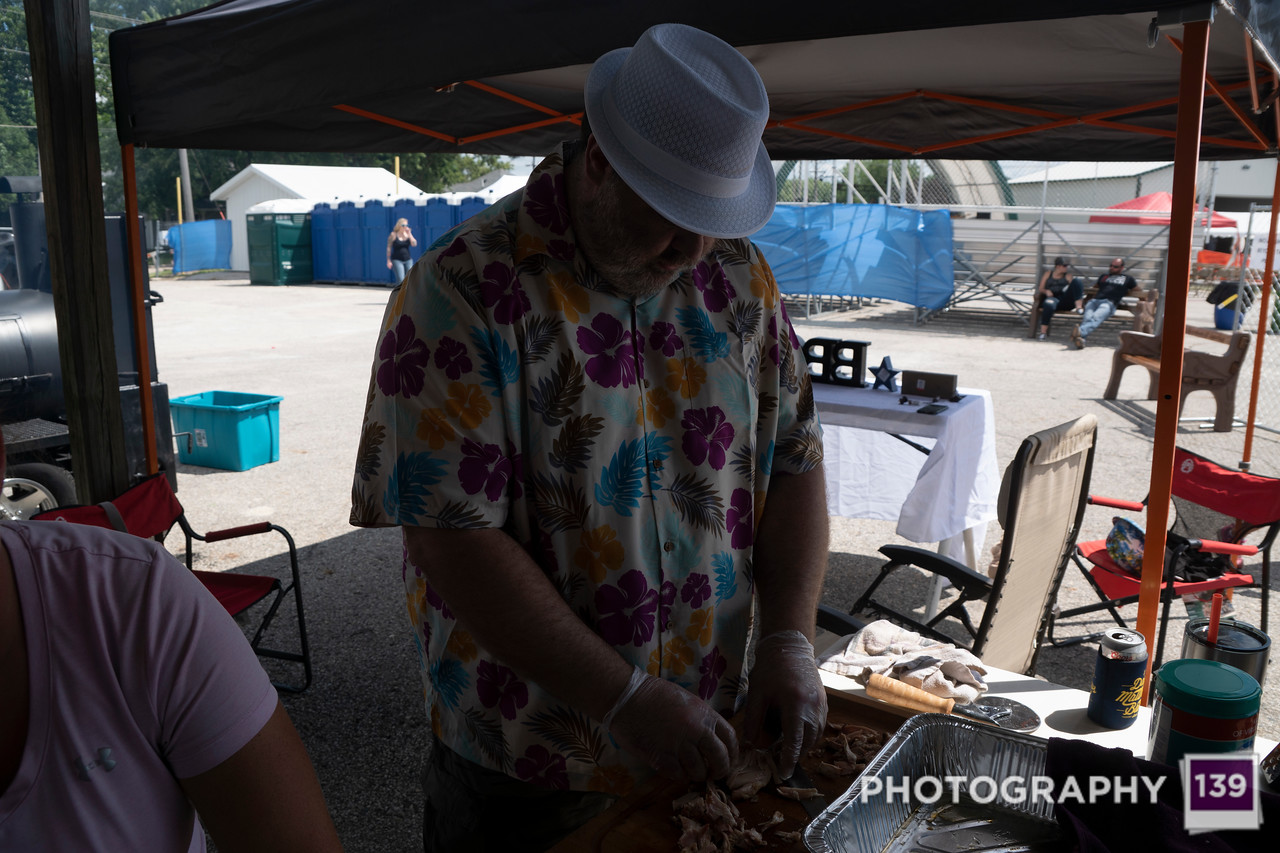 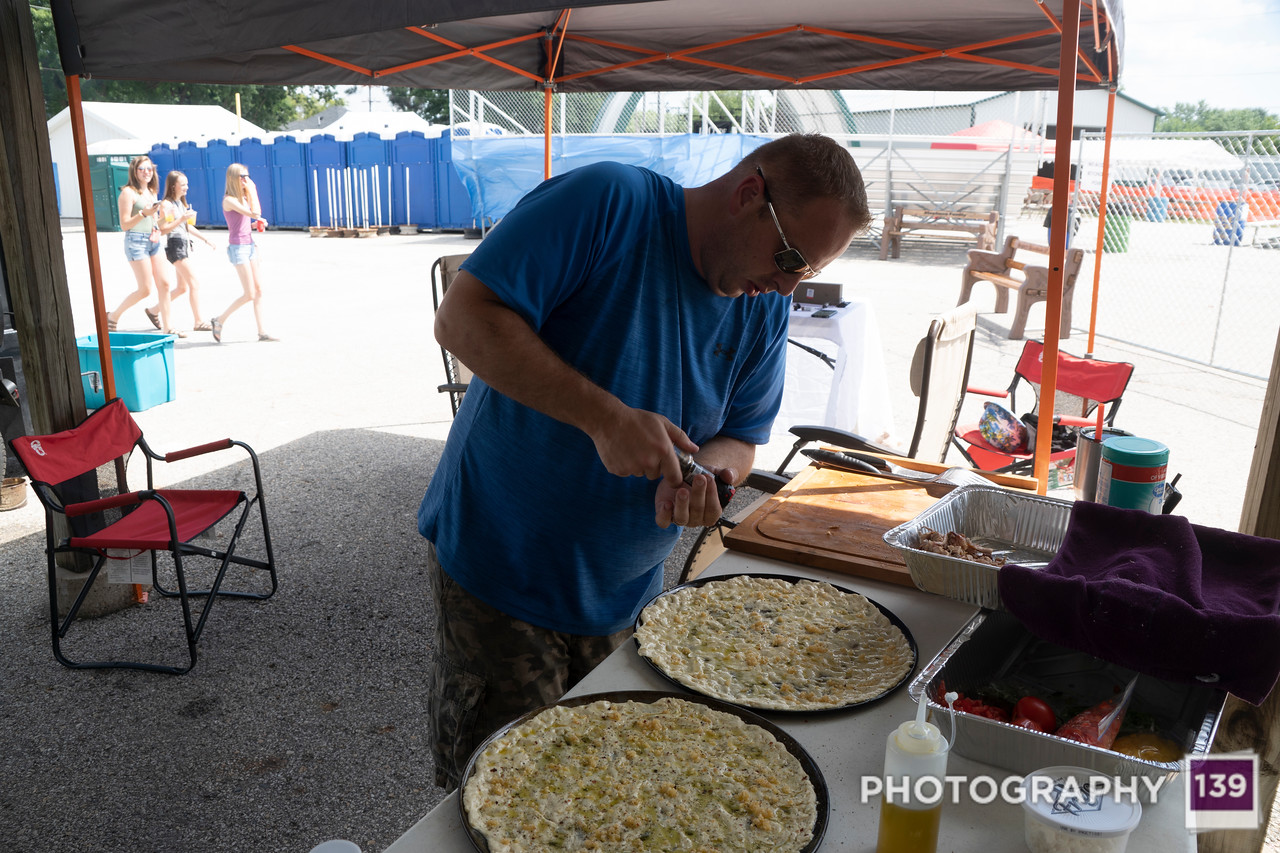 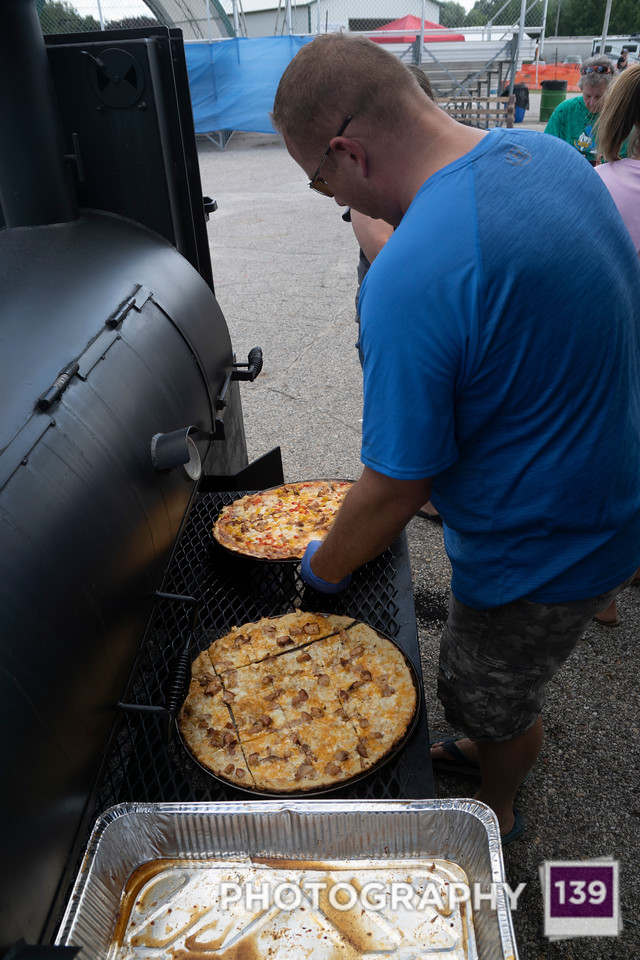 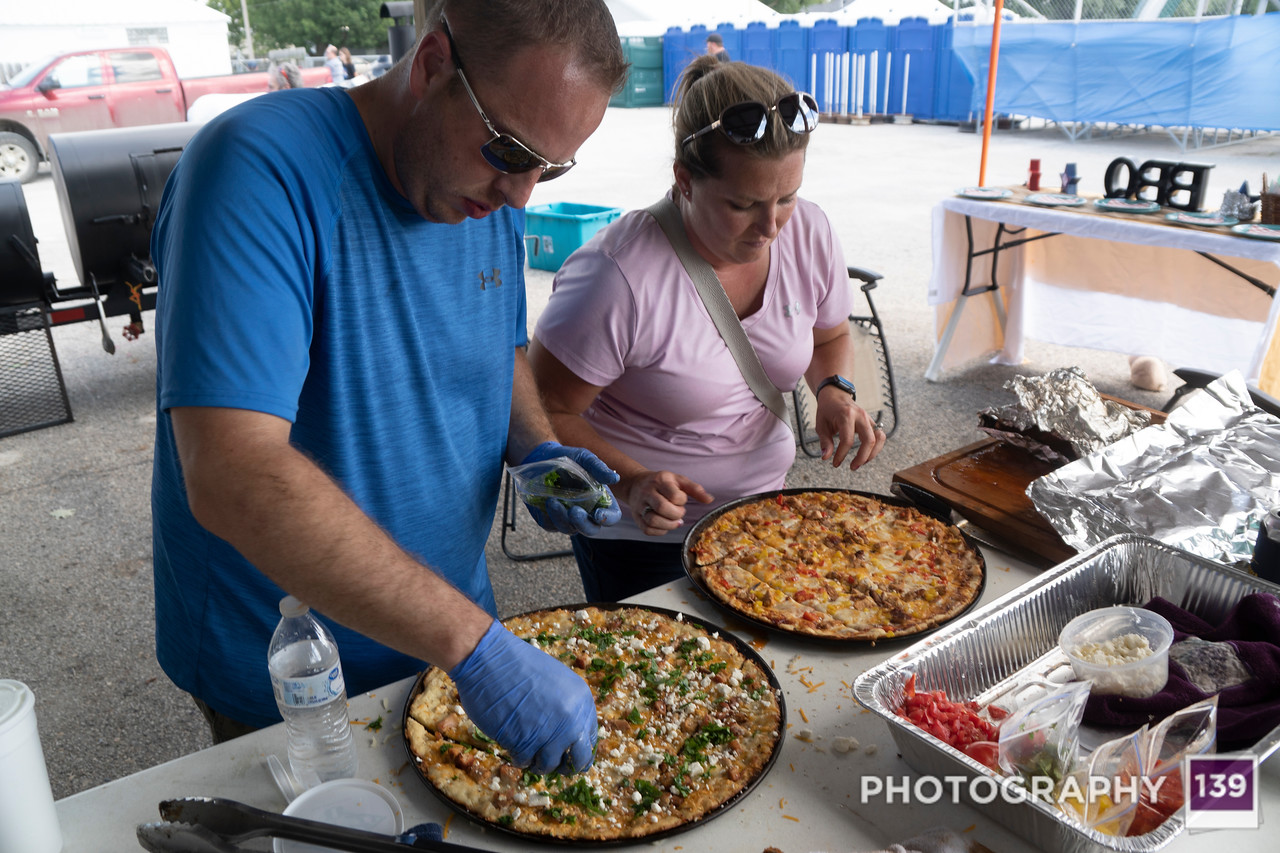 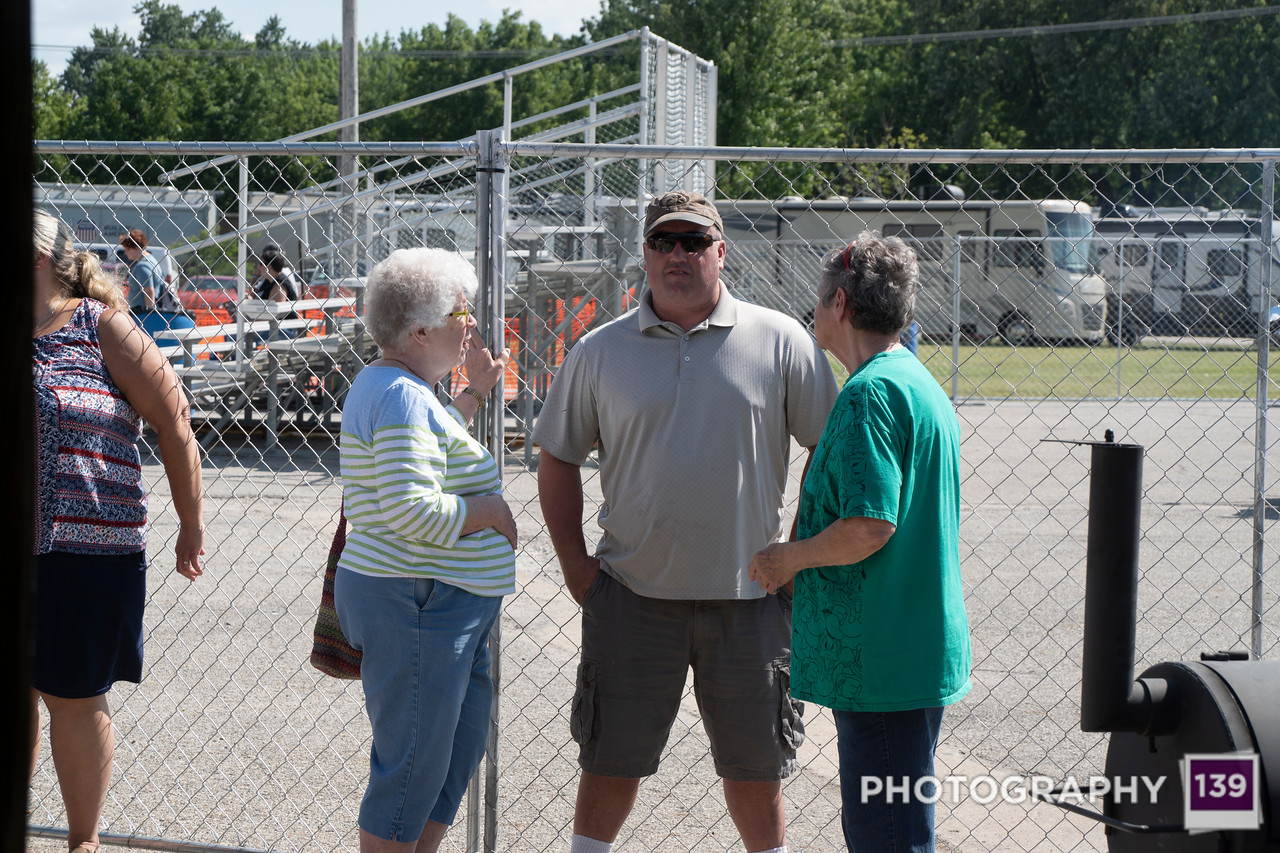 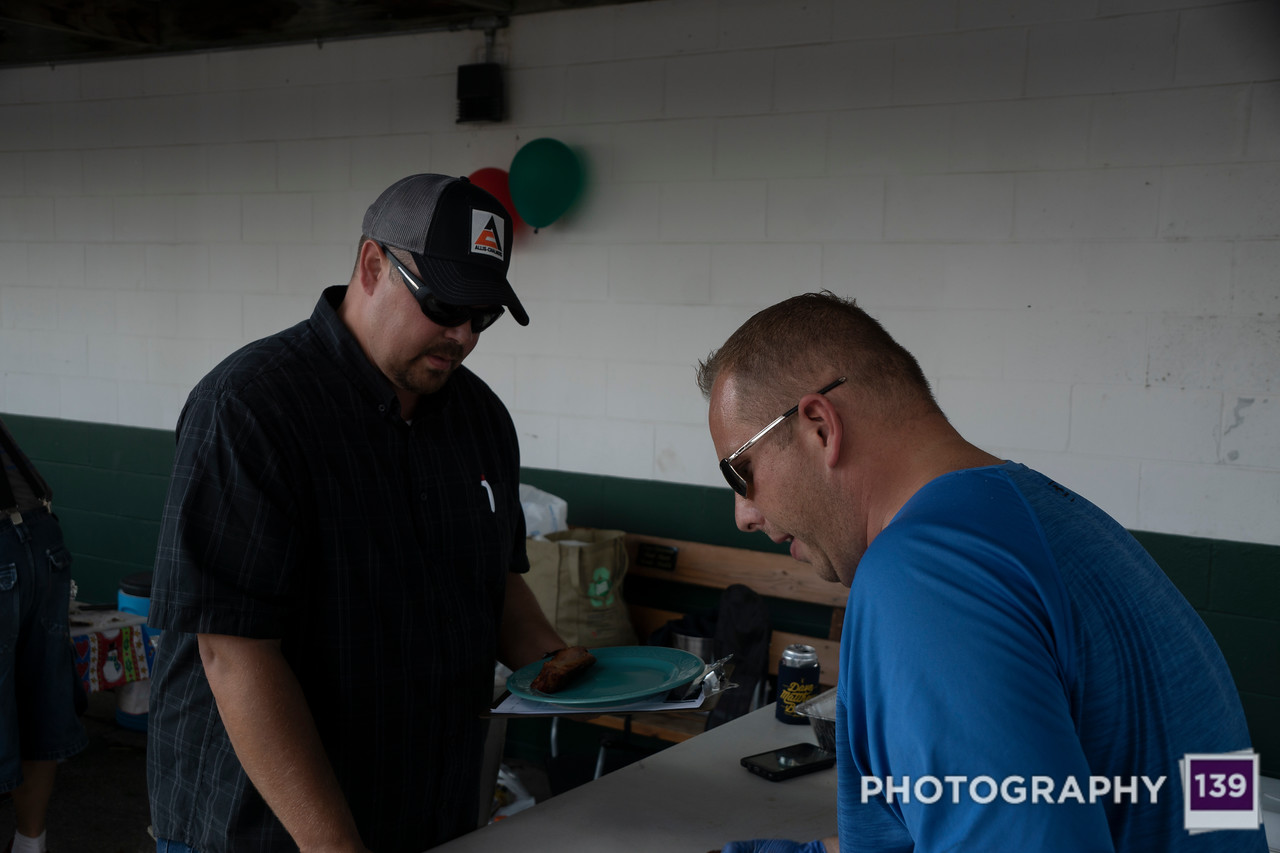 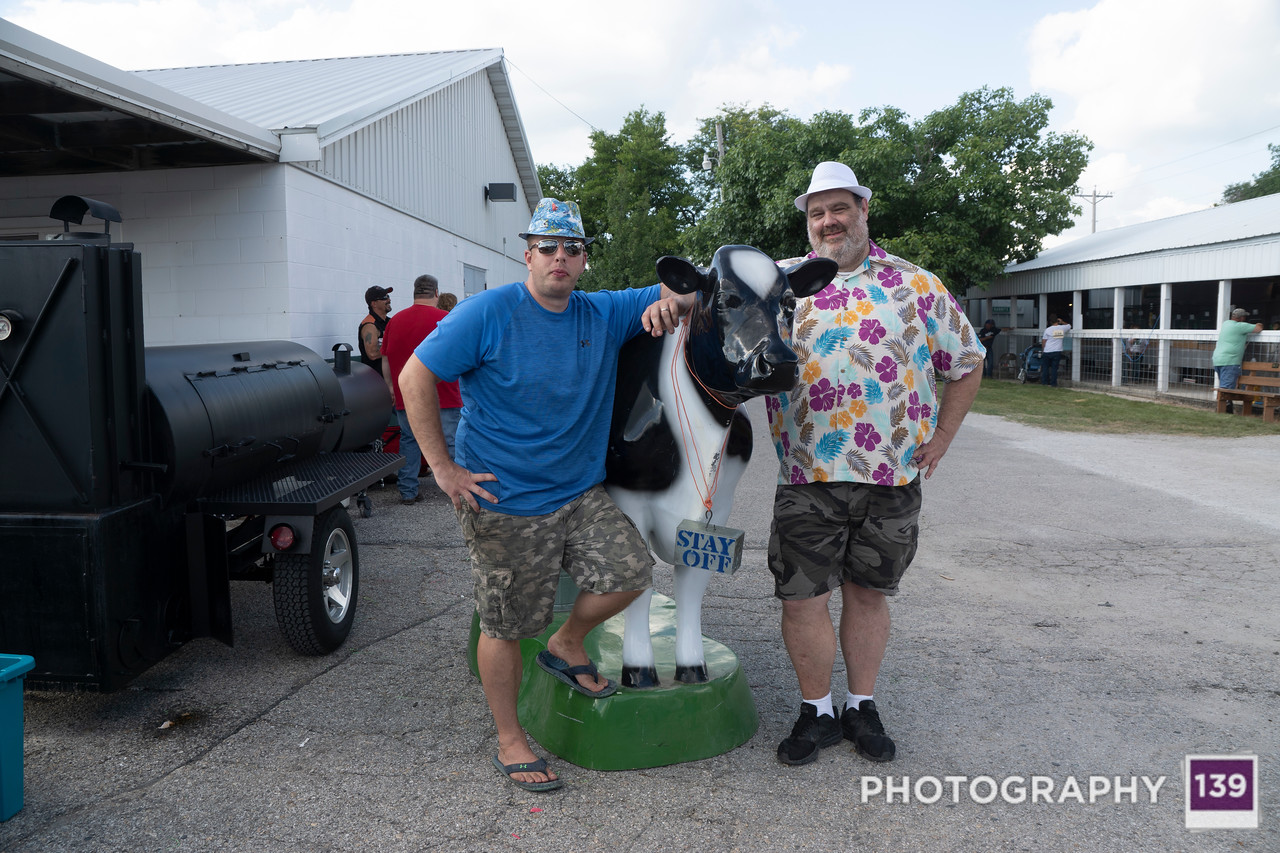 We took 1st Place in Combination.
We took 2nd Place in Pork.

That means that we will be going to the Iowa State Fair to compete on Tuesday, August 14th. If you are at the Fair that day, I would encourage you to come by and root us on. Judging will be at 10 AM.

After that, your next chance to try Baby Got Rack Barbecue will be at Pufferbilly Days. After that, you will have to wait until my birthday. Incidentally, the theme of my 2019 birthday party is going to be cargo shorts. It was going to be cargo shorts and jorts, but I have been told that jorts are considered stylish now. I don’t believe it, but I can’t take the risk!