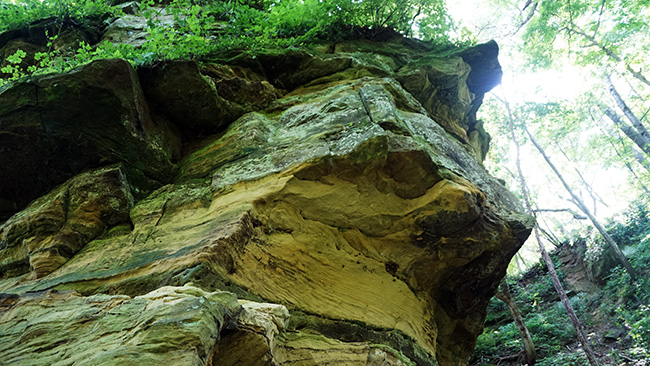 Back in July (of 2017) I made a quick little road trip up to Dolliver Memorial State Park. I did a little hiking around the Boneyard Hollow part of the park.

I wouldn’t say Dolliver is one of my favorite parks in Iowa, but it has some interesting facets. Check out this info that I lifted straight from the DNR website:

A unique facet of the sandstone formations at Dolliver are the “Copperas beds.” The towering 100-foot bluff on Prairie Creek is a cross-sectional view of the ancient river bed that is over 150 million years old. Over the ages, the erosive power of Prairie Creek uncovered this unique feature. The porous nature of the sandstone has caused many minerals such as calcite and sulfur to dissolve as the water seeps through. As the water evaporates, the mineral deposits are left behind. You can see many of these deposits in the sandstone cliffs, as well as petrified logs and sticks.

This narrow ravine running between rock walls was given its name “boneyard hollow” by early settlers who found large amounts of buffalo bones in the canyon. It is possible the area’s first inhabitants drove herds of buffalo from the prairie over the cliff to their death or perhaps drove the herds into the narrow ravine and then killed & butchered them for their meat, hides, horns & bone.

In 1912, a family picnicking in the area of the creek that runs through Boneyard Hollow found a lead tablet at the mouth of the creek. Inscribed in Latin, it stated that it was deposited in 1701 by Father Hennepin, a French explorer, often credited with discovering the Des Moines River. The tablet was eventually found to be a hoax, planted by people from the nearby community. However, Edgar Harlan, then curator of the state archives, went to the site where the tablet was found. His interest in the beauty of the area helped spark the state’s interest in eventually purchasing the park.

I went back and forth on whether or not I was going to publish these pictures because at first glance, I didn’t really like them. But I finally bit the bullet and started editing them and found out that there are a few I actually like… a lot.

Here are some pictures from my trip to Dolliver: 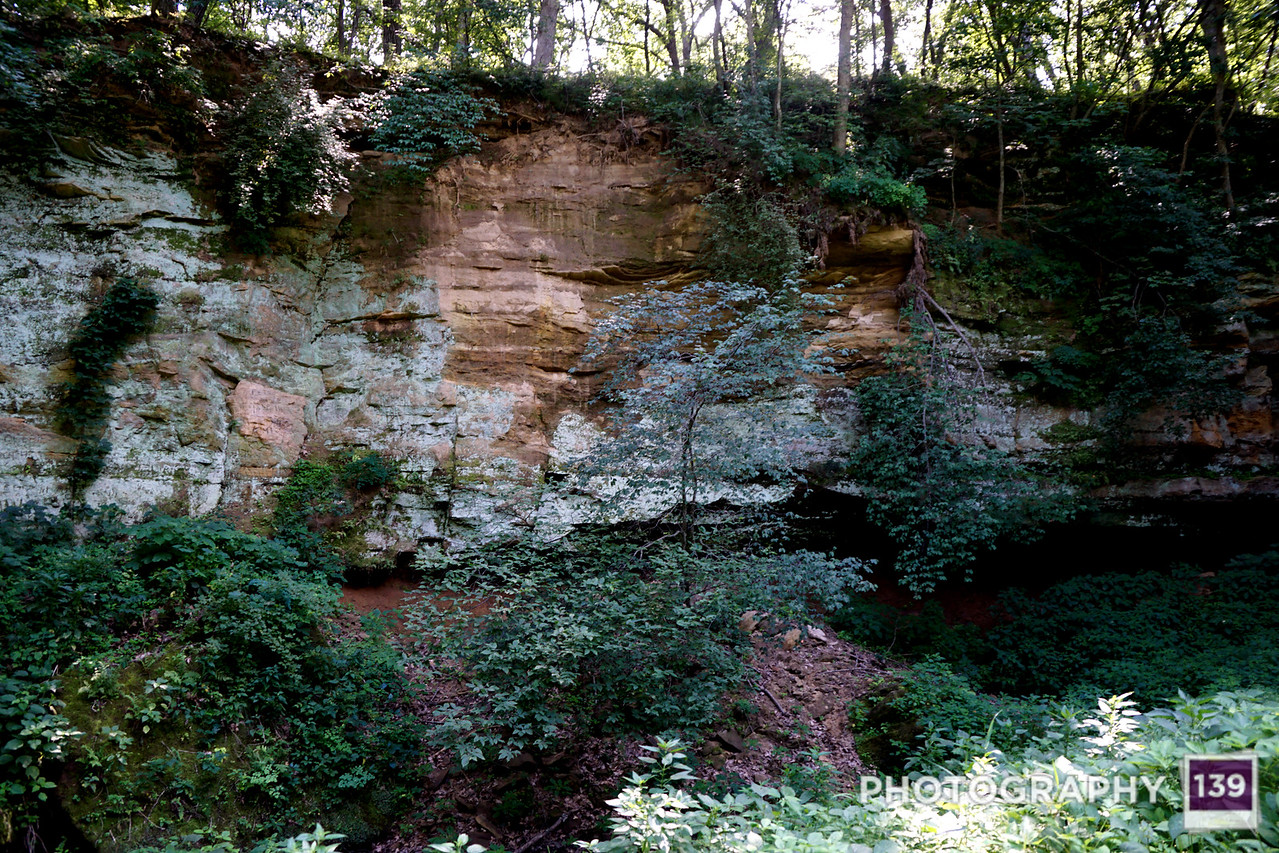 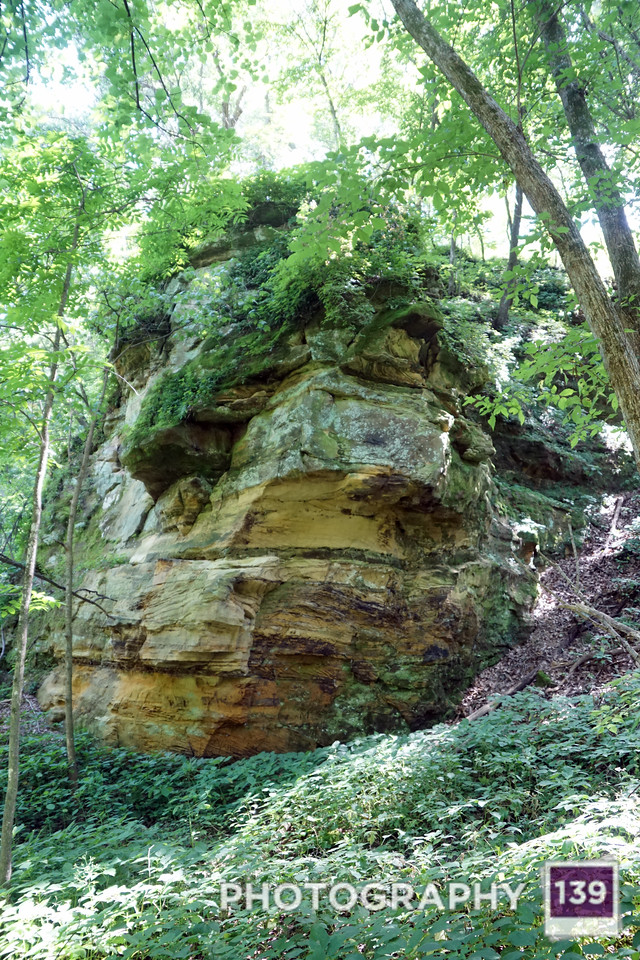 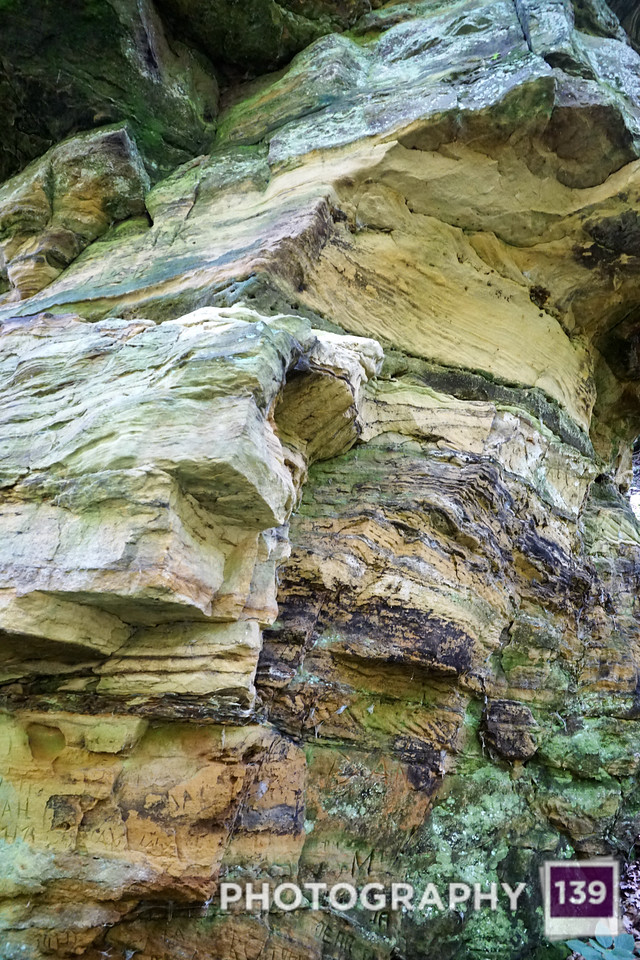 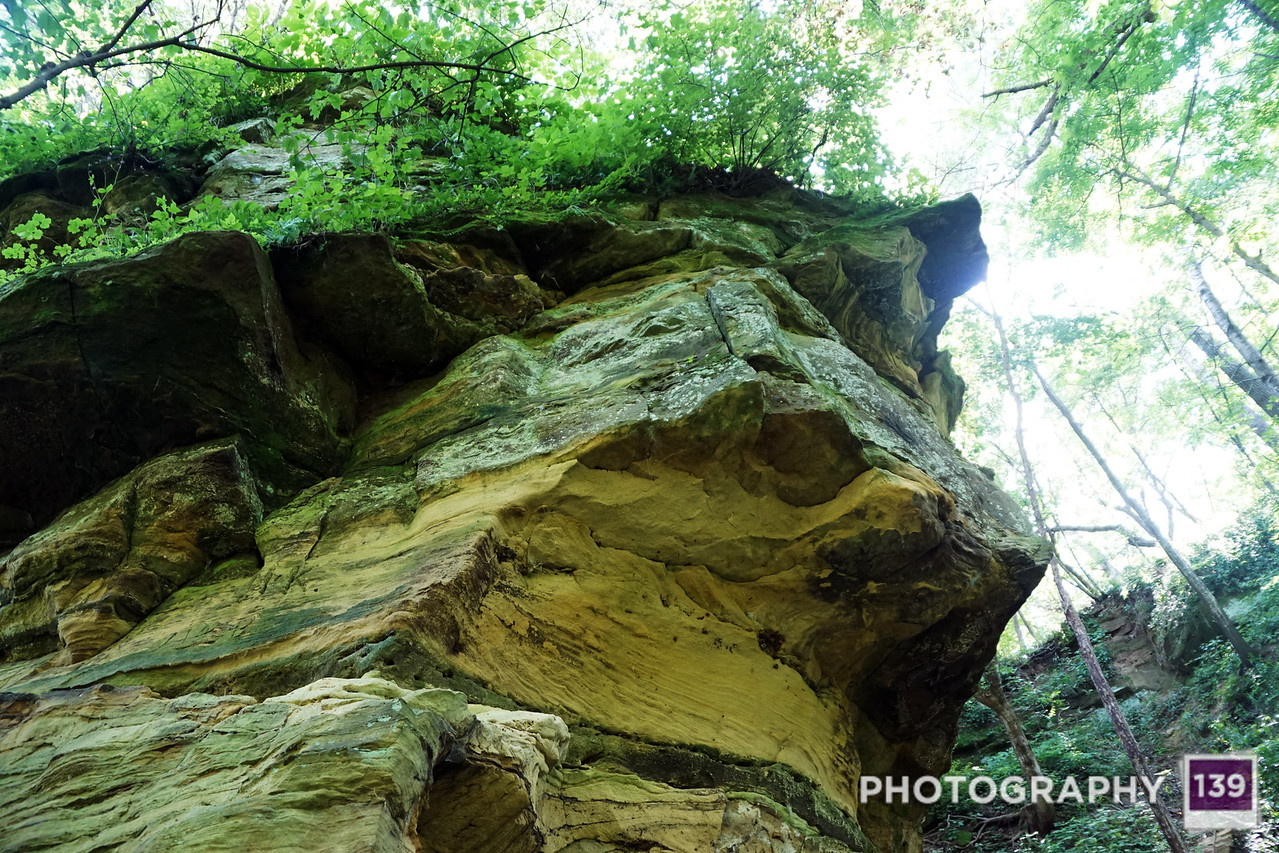 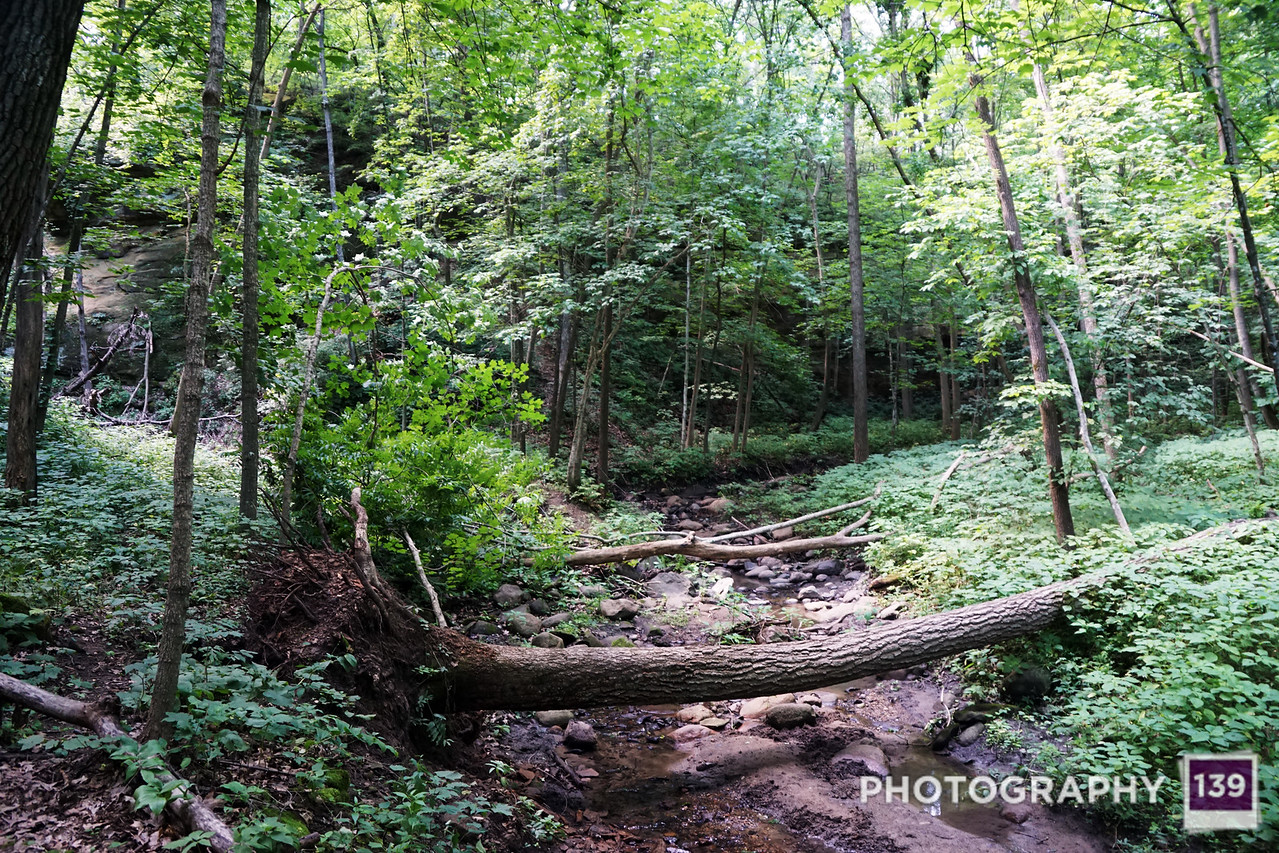 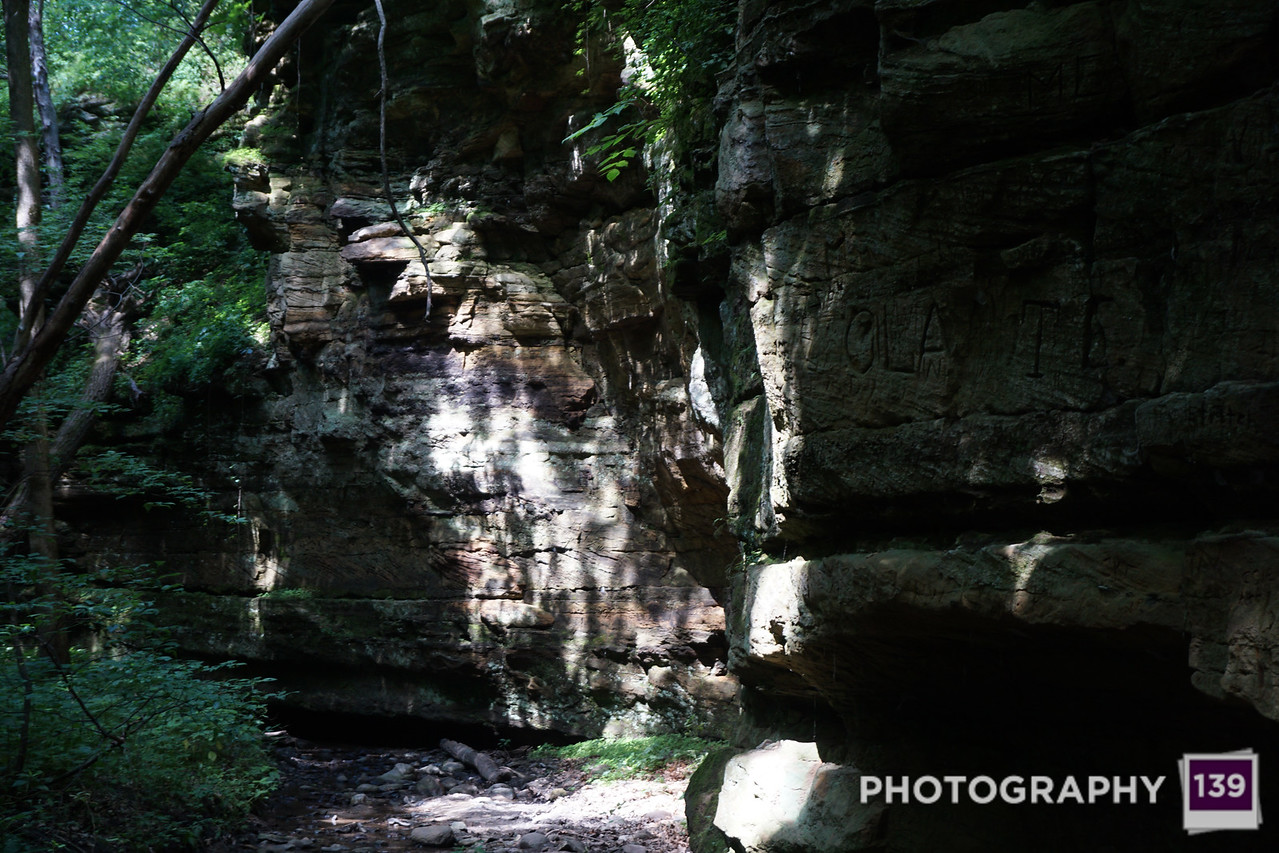 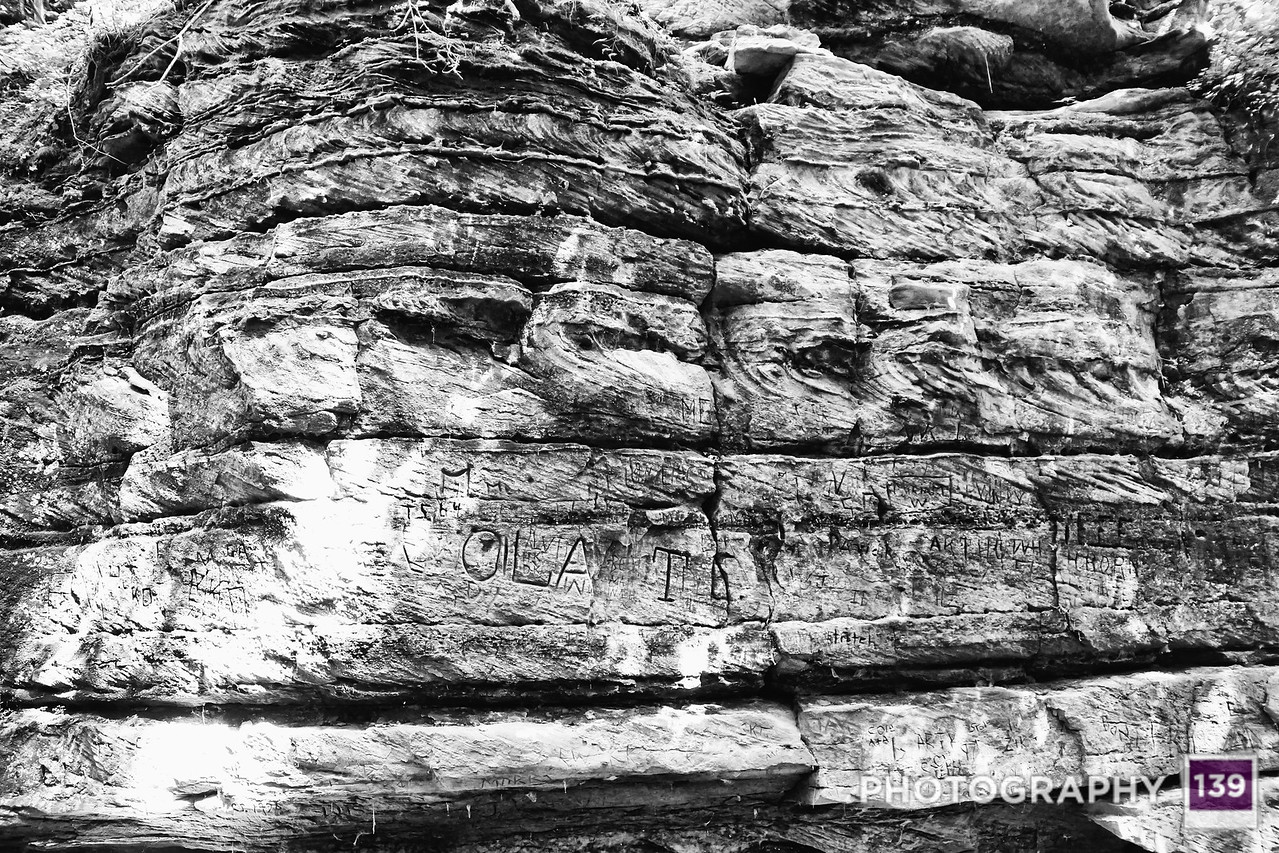 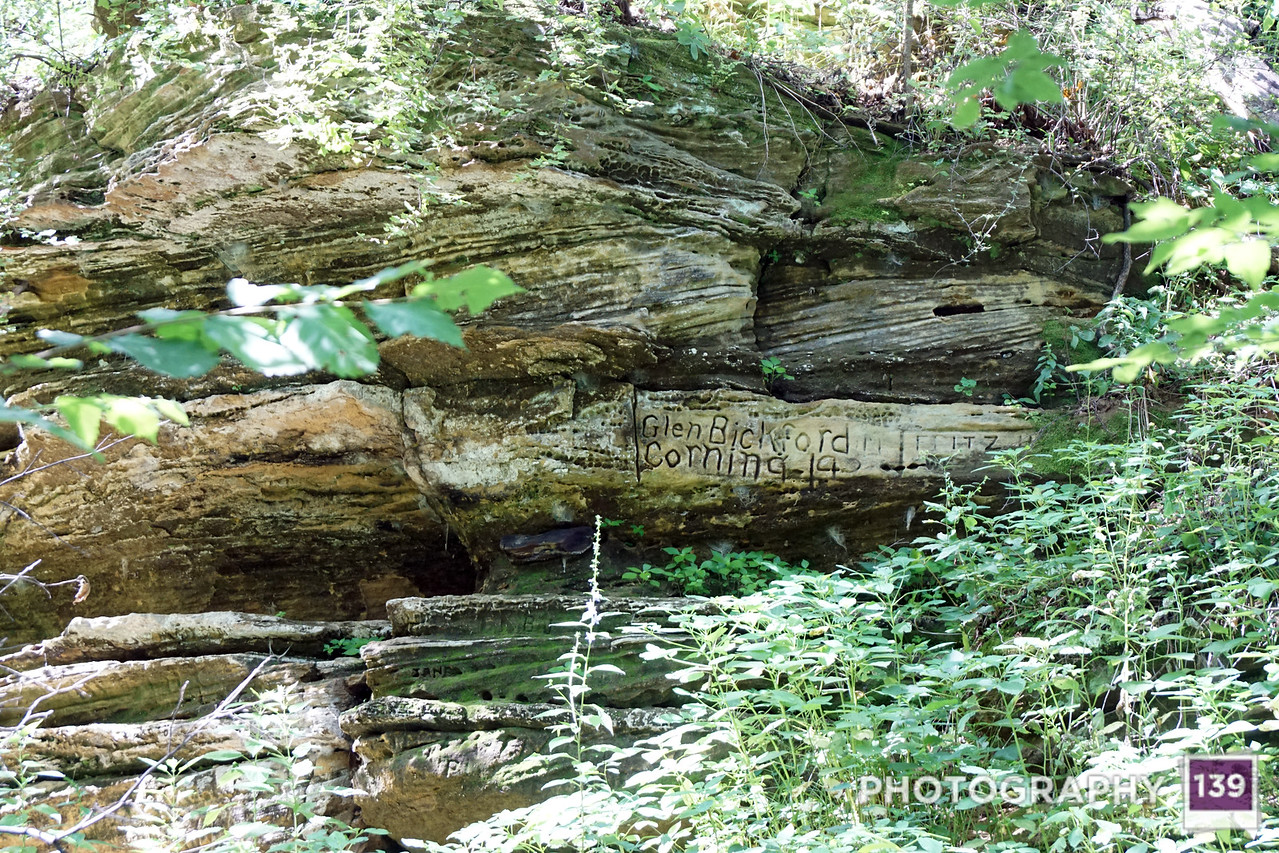 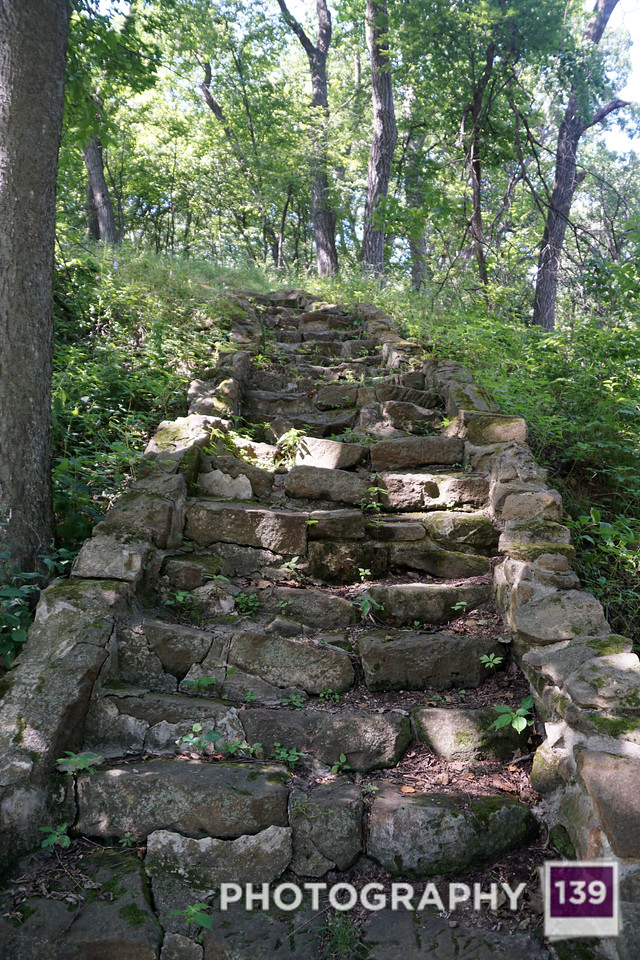 When I was editing, I was thinking, “When I write the journal entry up to go with these pictures, I’m going to really lay into that Glen Bickford for being such an insufferable doucher that he needed to carve his name into what is an otherwise fairly pristine rock face.”

But as I have thought about it, I’ve decided to give Glen Bickford of Corning, Iowa – Class of ’14* the benefit of the doubt. Maybe he isn’t an insufferable doucher that needs to destroy natural beauty because he is so insecure with his talents and work ethic that he thinks destroying natural beauty with his moniker is the only way to secure his legacy. Maybe Glen Bickford was killed in a car accident and this is the way his best friend memorializes him. Crossing all over the state, defacing nature’s beauty because it is the only way his friend can deal with the grief and the guilt. After all, it was Glen Bickford’s best friend who made him go to that party that night, when Glen just wanted to go home and study for that calculus test. He needed to get an A in that class if he had any shot at a scholarship. Glen Bickford eventually relented to Glen Bickford’s best friend’s peer pressure and then he had a few to take the edge off. You know how it is. Heck, you know the rest of the story. It is all too common. A night that ends in an alcohol haze and torn metal and broken glass strewn across a country road. Glen Bickford’s best friend only felt alive again as he was giving Glen Bickford a form of immortality. The only form of immortality that he knew.

I mean, it is possible.

There are a few other state parks I want to hit this year. I’m thinking of taking a Friday off from working and heading to Pike’s Peak. Seems like that would make a good trip.

*Obviously a lot of assumptions are being made here.