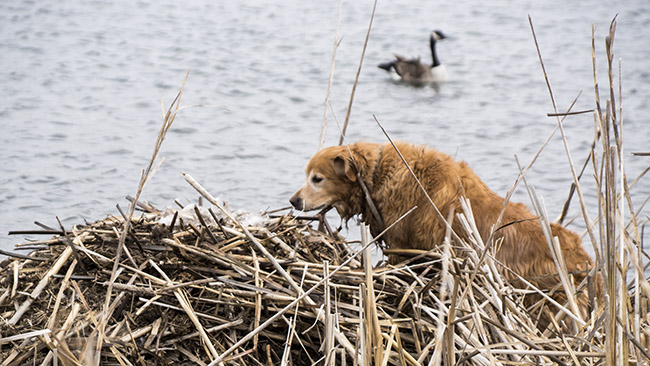 I need to start by saying Happy Maundy Thursday. It is the day we celebrate Jesus giving us a new commandment:

33 “Children, I am with you for only a short time longer. You are going to look high and low for me. But just as I told the Jews, I’m telling you: ‘Where I go, you are not able to come.’

34-35 “Let me give you a new command: Love one another. In the same way I loved you, you love one another. This is how everyone will recognize that you are my disciples—when they see the love you have for each other.”
-John 13:33-35 (The Message)

I know a lot of people that hate geese. It is understandable. Geese are, at the aggregate level, jerks. For some reason, that is why I like them. You get near a goose and it spreads its wings at you, starts honking, and under the right circumstances might even bite you.

If you have ever been bitten by a goose, you know that it is much to do about nothing. Perhaps that is why I like geese. Their honk is considerably worse than their bite. They are nature’s jerks, but they are ultimately harmless.

That being said, on a recent trip out to Dickcissel Park, Naima was a jerk back to nature’s jerk. Not on purpose mind you. We all know that Naima doesn’t have a jerk bone in her body. She is whiny. She is pushy. She gets jealous easy. But she isn’t a jerk. Not on purpose.

She once found baby rabbits and carried them around the yard. But when she put them down, they weren’t physically damaged. Although I’m sure their therapist bills were quite extensive when they reached adulthood.

In what may have been the greatest moment of her life, she jumped up and snatched a bird flying through the backyard. After she landed, she spit it out onto the ground. Neither her nor the bird seemed to know what had just happened.

She bowed to the bird, as a symbol she was ready to play. After a few moments the bird managed to get its bearings and flew off. Naima seemed hurt that the bird didn’t stick around to play.

On Saturday we made a trip out to Dickcissel so that we both could get some exercise and a touch of nature. On that day the pond was lousy with waterfowl. The biggest and loudest by far were Canadian Geese. If you don’t know what a Canadian Goose is, it is like a goose from the United States, only 62.1% of their bankruptcies don’t come due to medical expenses.

Naima and I usually do a counterclockwise loop around the pond. We start north, then head west, then south, then east, and then back north to the Sir Pixalotmobile. Almost as soon as we started heading west the geese on the lake began following us. They posted up about 30 feet from shore and honked at us relentlessly.

Naima usually ignores them, but this time she at least looked at them a few times. Naima will get in the water, but she will only go as far in as she can touch the bottom. She is not her breed’s Michael Phelps.

We let them honk and honk and honk. Then about halfway down the west side of the pond they stopped following us. I thought that was kind of weird, but I figured we must have left their territory. We kept walking and I began more concentrating on the flocks of birds in the trees as we hit the swampy area on the southwest corner.

Even though I was wearing my hiking boots, I was trying to stay out of the swampy water as it is still ice cold and provides a healthy shock to the system when it manages to work its way into the boot and strikes a poor, unsuspecting foot.

While I was I was navigating strips of dry land, I heard a goose make a dreadful angry wail and then I heard something of decent size hit the water. I made my way over to Naima, who was standing in the water looking at a goose that she had found. She had given it the scare of its life. It was then that Naima noticed why that goose was hanging out all by its lonesome. It had built a nest on top of an old muskrat hut. Naima was leaning against the hut and smelling the nest.

Mother goose was honking like crazy. The rest of the goose armada had caught up to us and were also verbalizing extreme displeasure. I called for Naima to come and leave the nest alone. She isn’t a jerk, but she will eat just about anything besides certain vegetables. I didn’t want her making a snack out of a collection of goose eggs.

She left the eggs alone, but now she was definitely interested in the geese. She went as far into the water as she could. Before giving up and coming back on land.

Here are a few pictures of Naima and some geese: 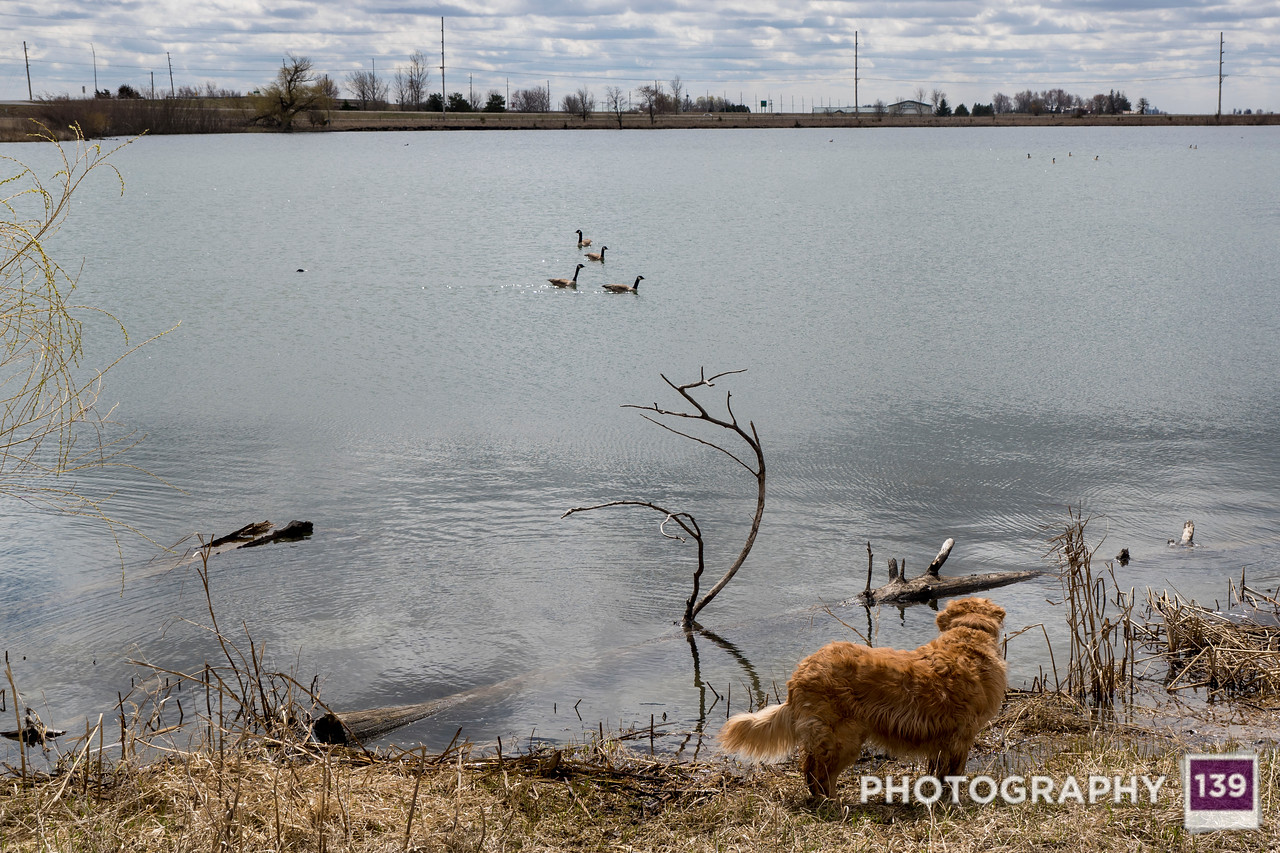 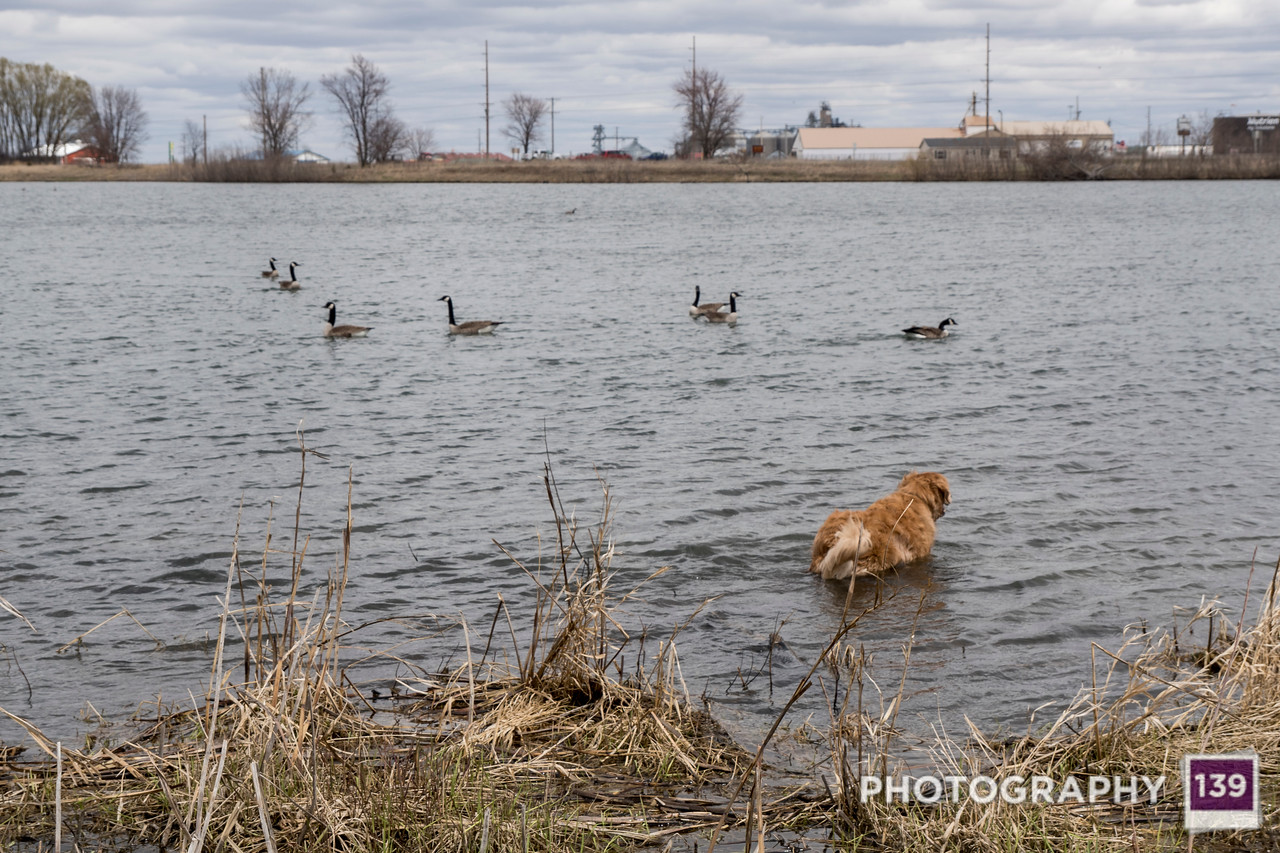 2 thoughts on “Naima vs. Mother Goose”