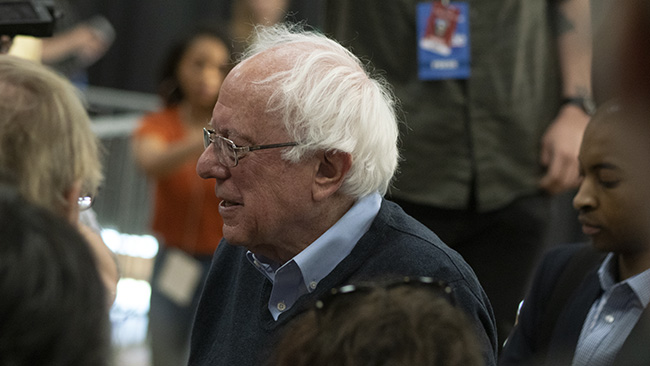 It has been over a month since I made any progress in my personal quest to meet, photograph, or at least see in person the person that will take office as the next President of the United State in 2021.

I finally scratched a third person off the list when I went to see Bernie Sanders at Iowa State University on Saturday. Bernie Sanders is the best known of the candidates that I have seen and I didn’t get a chance to actually meet him or get my picture taken with him. After his speech was over, he made a quick circle around the barrier that separated him from the crowd and then he was gone.

Of every political event I have ever been to, (except when I saw Obama when he was President) this was the most security. It was the first time they had a list of items prohibited. The list prohibited me from bringing in my camera bag, so I had to choose one lens and go with it. I also had to empty my pockets and have a magnetic wand passed over my body. As I indicated earlier, there was also a barrier that separated the crowd from the speakers.

Perhaps this is because Bernie already has a large national profile or perhaps it is just an Iowa State thing. I saw Obama speak at Iowa State a couple times. Once was his first speech after he announced he was running. That speech was in Hilton. The next time I saw him speak at Iowa State, he spoke in front of Curtiss Hall. There wasn’t much in terms of security at any of those events.

The crowd actually wasn’t as large as I was expecting. Bernie is popular with college students, so I was actually surprised when he was in the Sun Room at the Memorial Union. I thought that Bernie could easily fill the Great Hall, but in fact, he only filled about half the Sun Room. With a small spillover crowd in the other half of the Sun Room.

As I was walking in, a fellow 1993 graduate of dear old Boone High School called me out. I turned around and is was Saul. Turns out Saul is a big Bernie supporter. We had a good long conversation. It was good to see him and catch-up. I don’t know if Saul goes to class reunions, but he is one of the people that I wouldn’t mind seeing if I ever attend a class reunion. (Spoiler: I will never go to a class reunion.)

If you don’t know about Bernie Sanders, here is some information on him from the Wiki:

Bernard Sanders (born September 8, 1941) is an American politician who has served as the junior United States Senator from Vermont since 2007. The longest-serving Independent in congressional history, he was elected to the U.S. House of Representatives in 1990 and caucuses with the Democratic Party, enabling his appointment to congressional committees and at times giving Democrats a majority.

Sanders was born and raised in the Brooklyn borough of New York City, and attended Brooklyn College before graduating from the University of Chicago in 1964. While a student he was an active protest organizer for the Congress of Racial Equality and the Student Nonviolent Coordinating Committee during the civil rights movement. After settling in Vermont in 1968, Sanders ran unsuccessful third-party political campaigns in the early to mid-1970s. As an independent, he was elected mayor of Burlington—the state’s most populous city—in 1981, by a margin of ten votes. He was reelected three times. He won election to the U.S. House of Representatives in 1990, representing Vermont’s at-large congressional district; he later co-founded the Congressional Progressive Caucus. Sanders served as a U.S. Representative for 16 years before being elected to the U.S. Senate in 2006. He has been reelected to the Senate twice: in 2012 and 2018.

Bernie has very extensive policy positions on his website. This is from his page entitled “Fight for Working Families”:

We need leaders who will fight for the interests of workers, not just the 1%.

In the richest country in the world, there is no state in which working 40 hours at the state minimum wage generates enough income to afford a one-bedroom apartment.

It is unacceptable that workers rely on employers for life-saving health care. Working for a living should mean earning a living wage, and health care should be a human right—not a bargaining chip that keeps employees in coercive, exploitative environments. And families should have the security of knowing they can take care of sick loved ones and secure an education for their children. We must:

Raise the minimum wage to a living wage of at least $15 an hour.
Enact a universal childcare and pre-kindergarten program.
Make sure women and men are paid the same wage for the same job through the Paycheck Fairness Act.
Guarantee all workers paid family and medical leave, paid sick leave and paid vacation.
Make it easier for workers to join unions through the Workplace Democracy Act.
Make quality education a right.
Implement a green jobs program.

It was yet another political campaign event where the lighting was not great. I was fairly far from Bernie and he is a short man. The pictures are what they are: 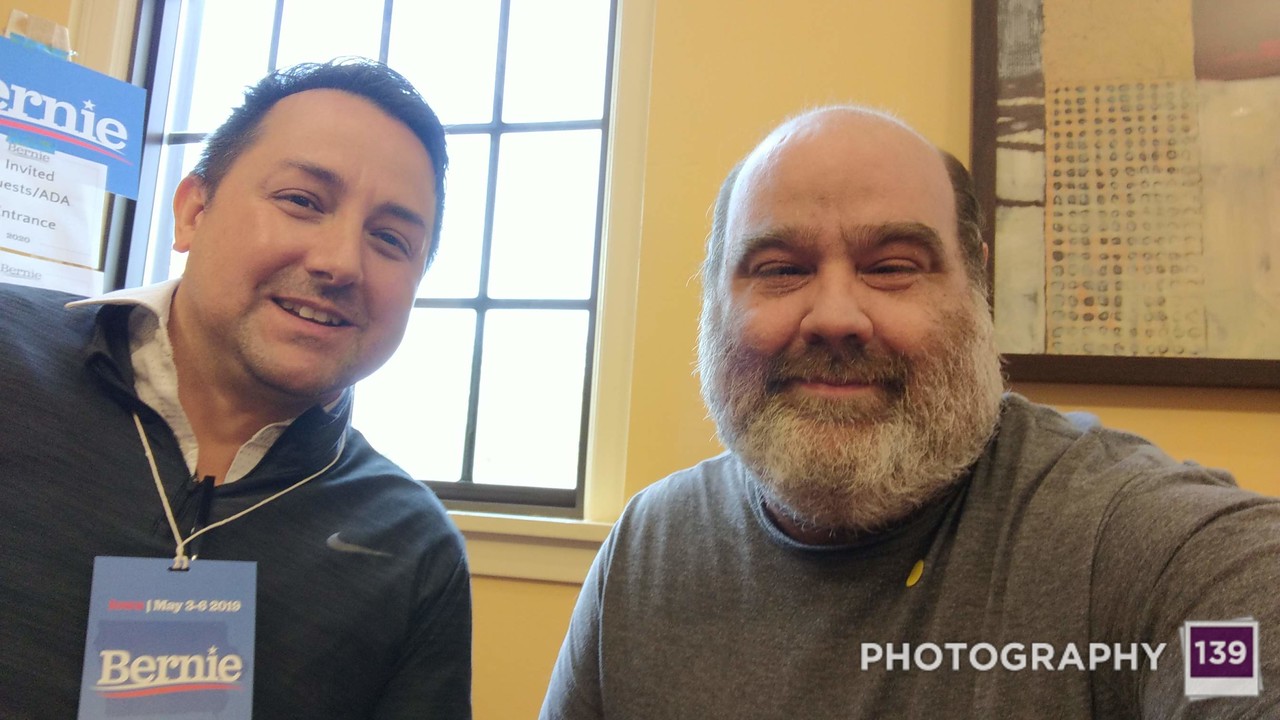 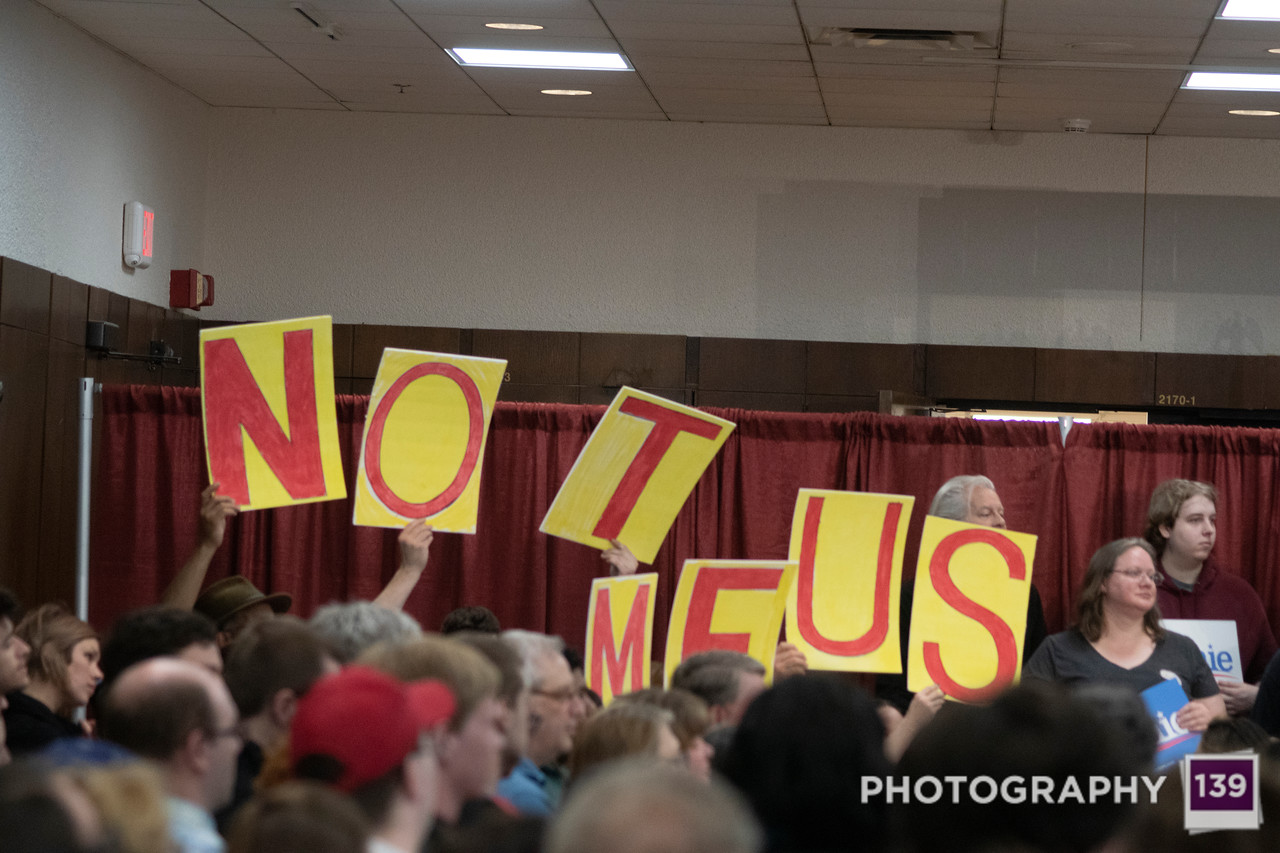 With Ben from Ben & Jerry’s 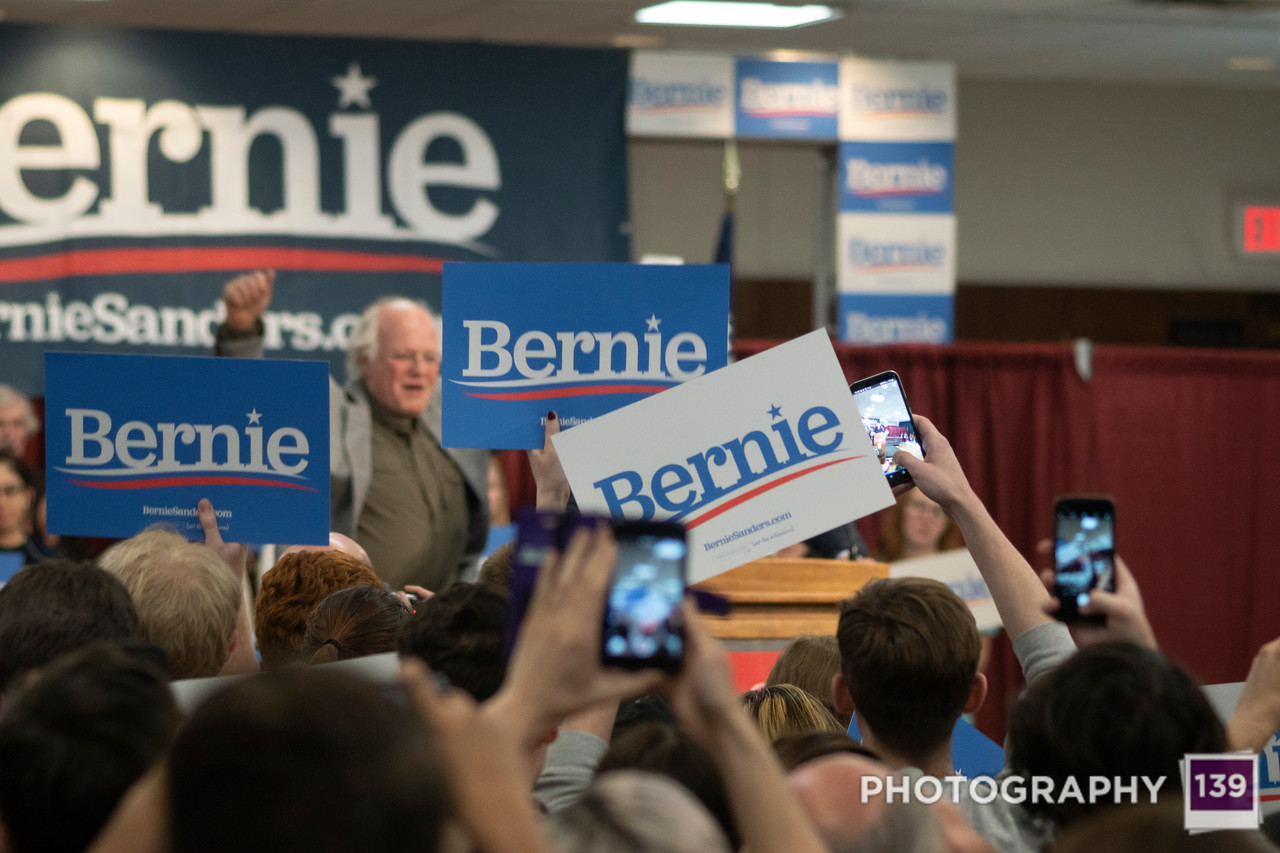 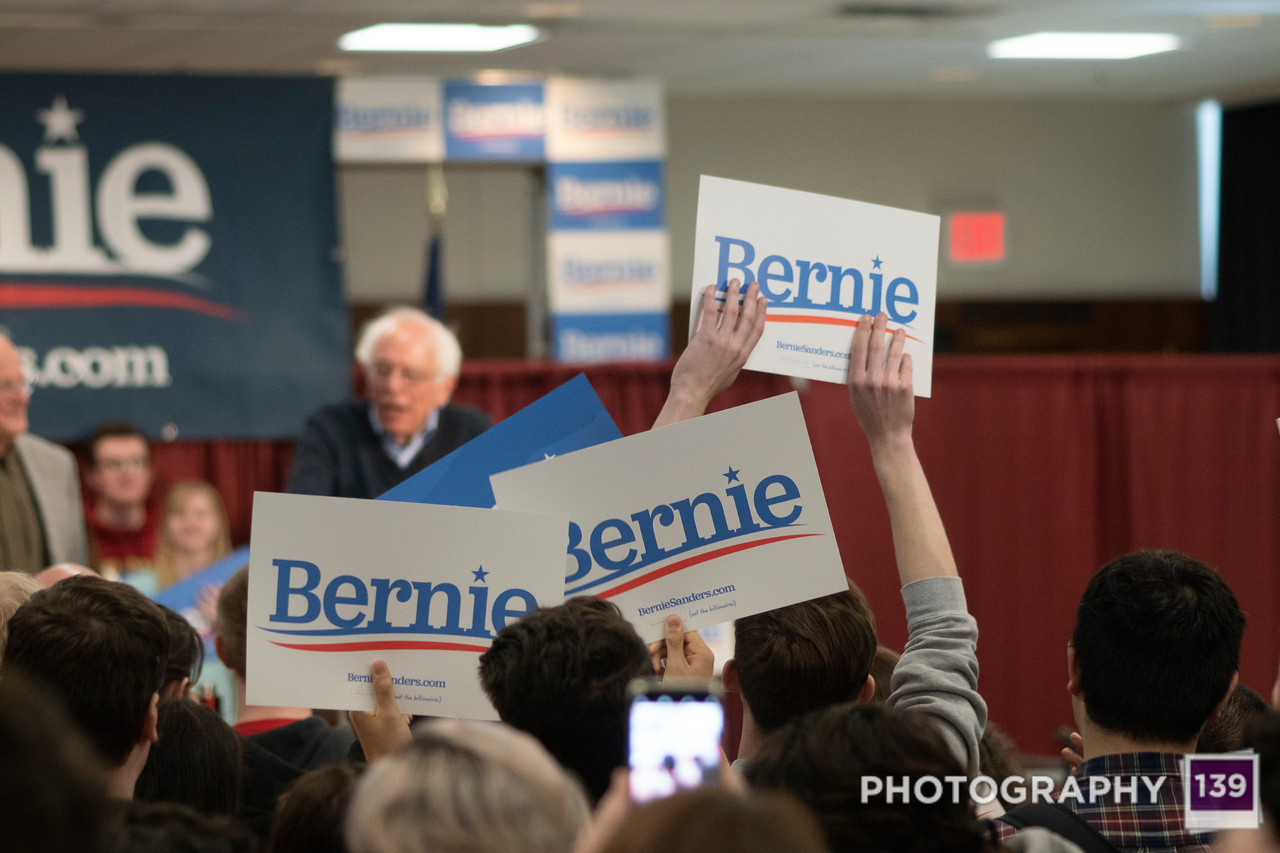 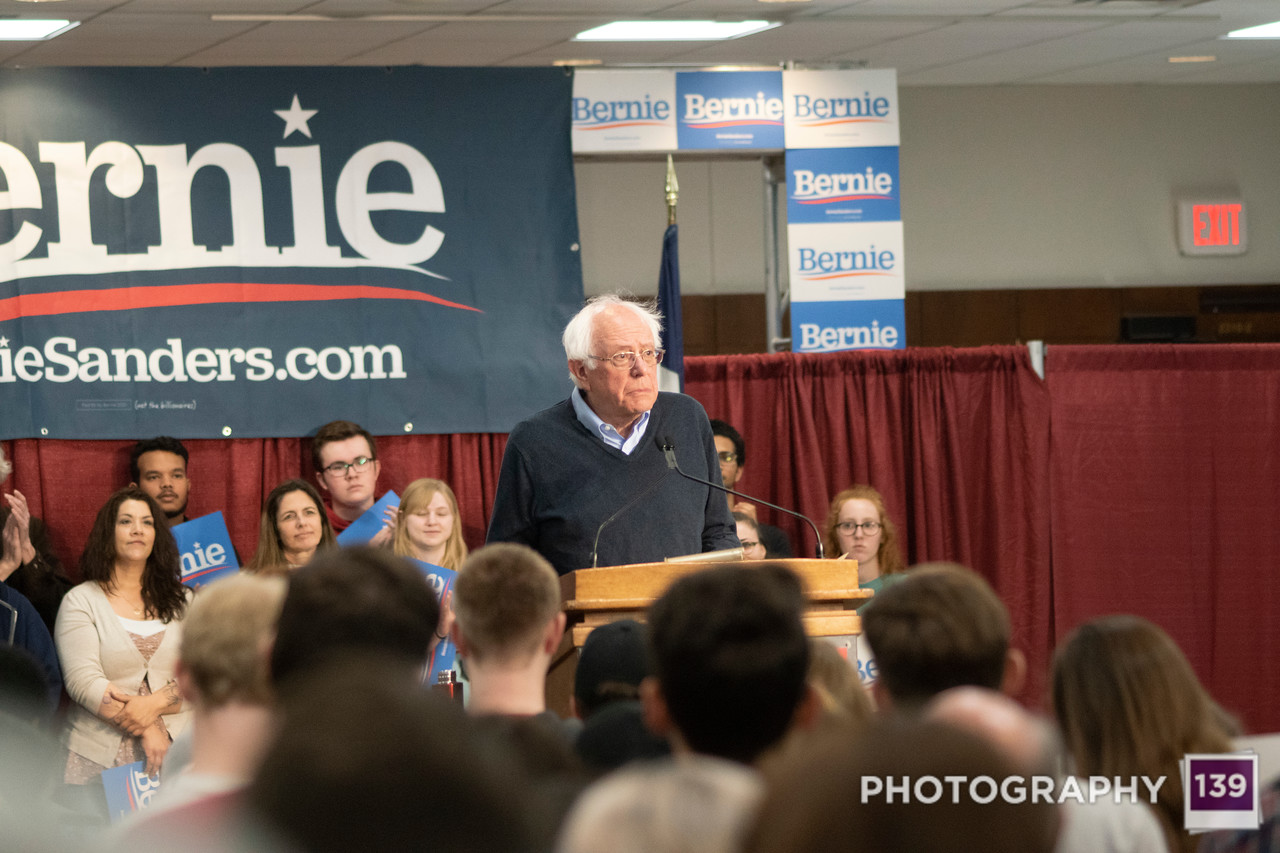 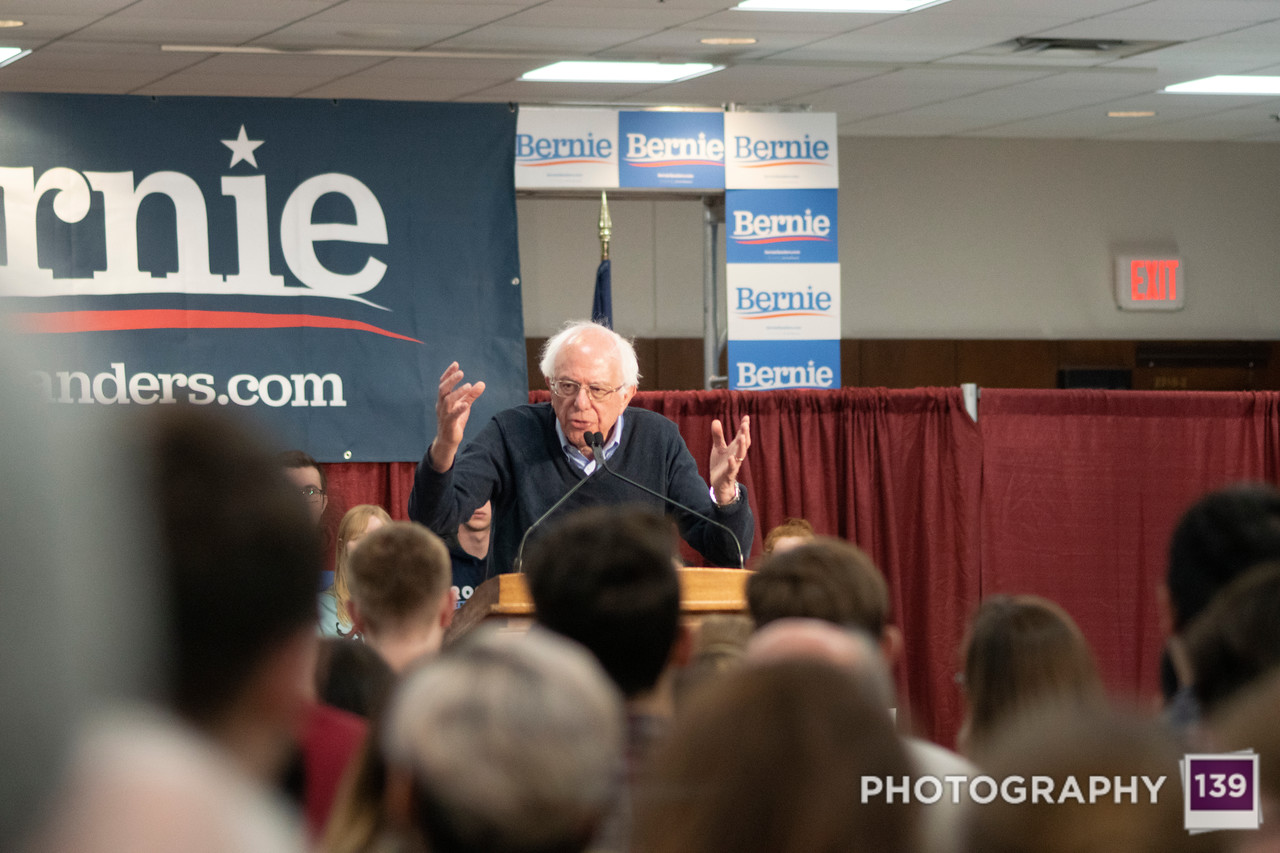 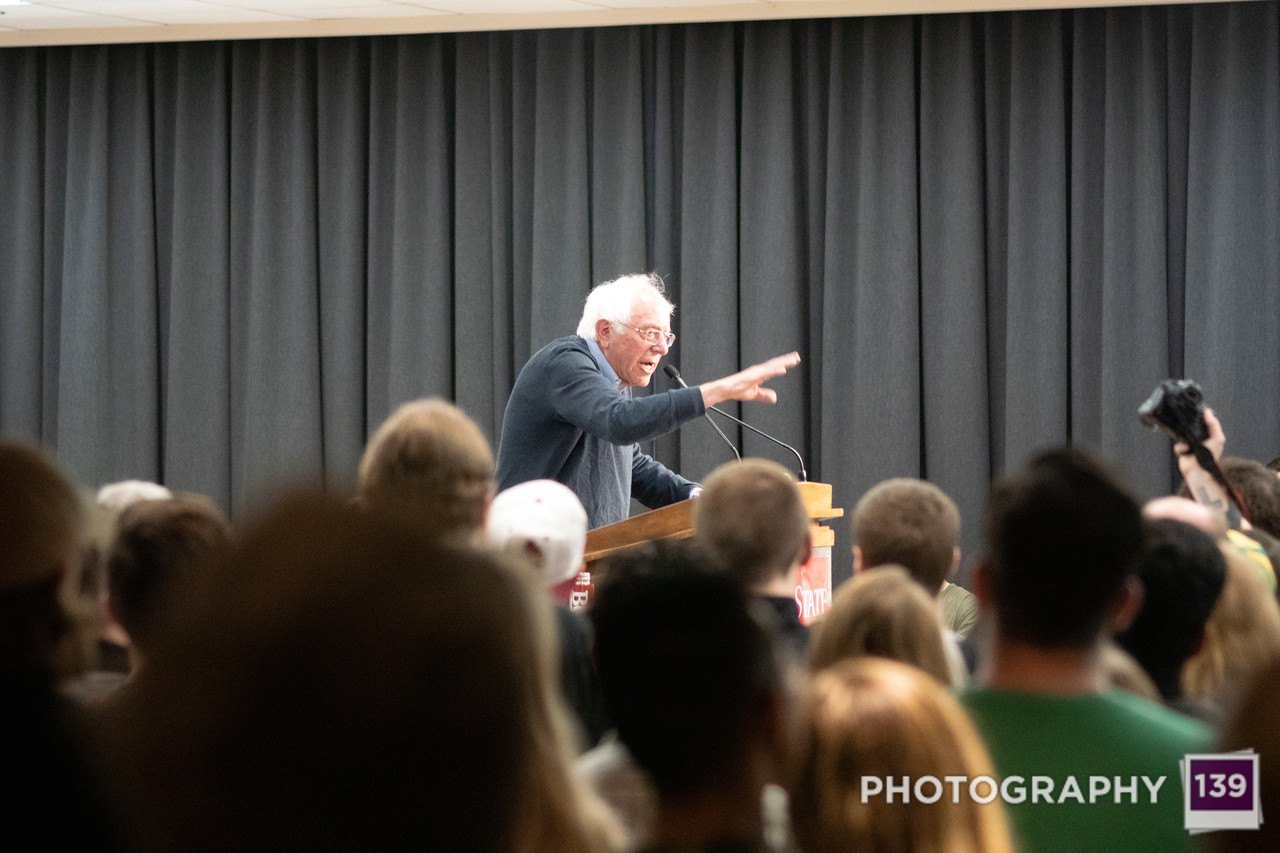 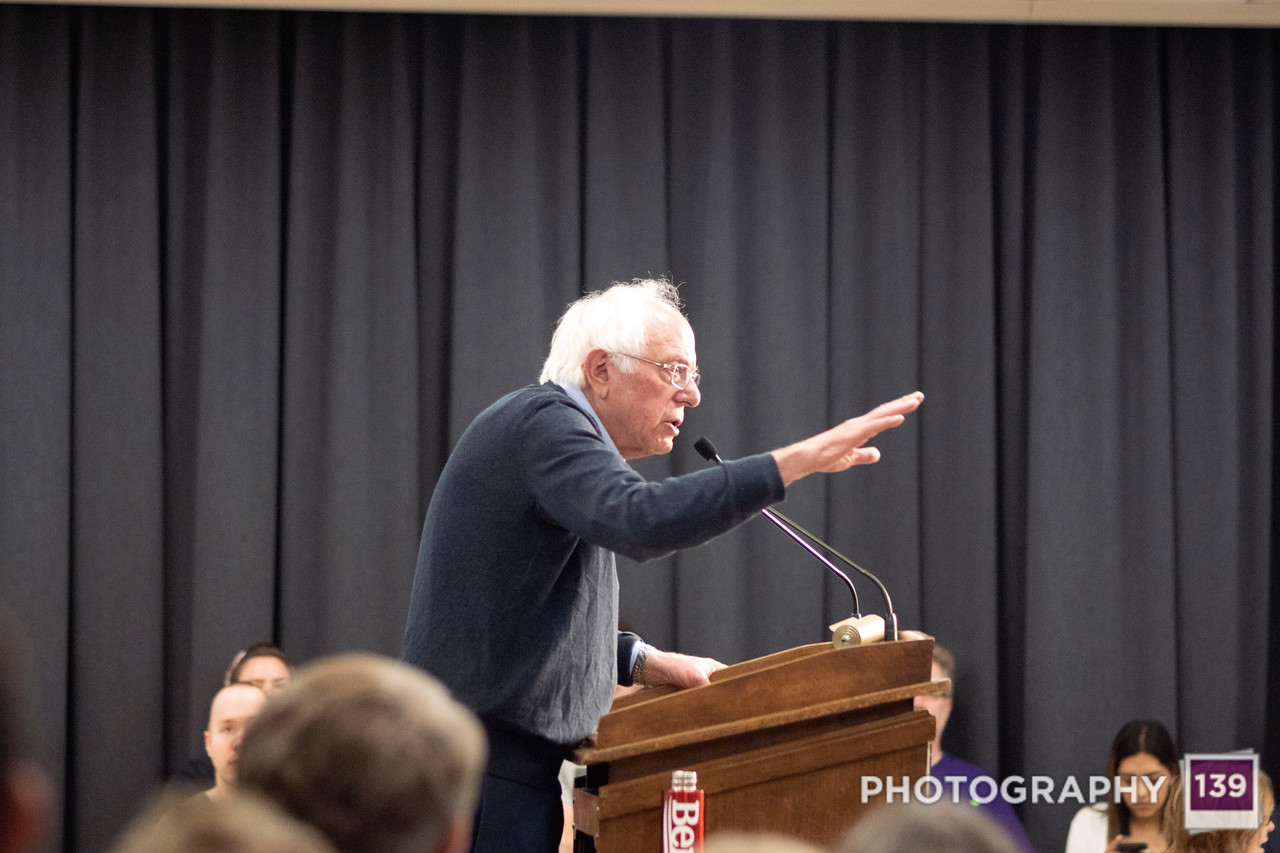 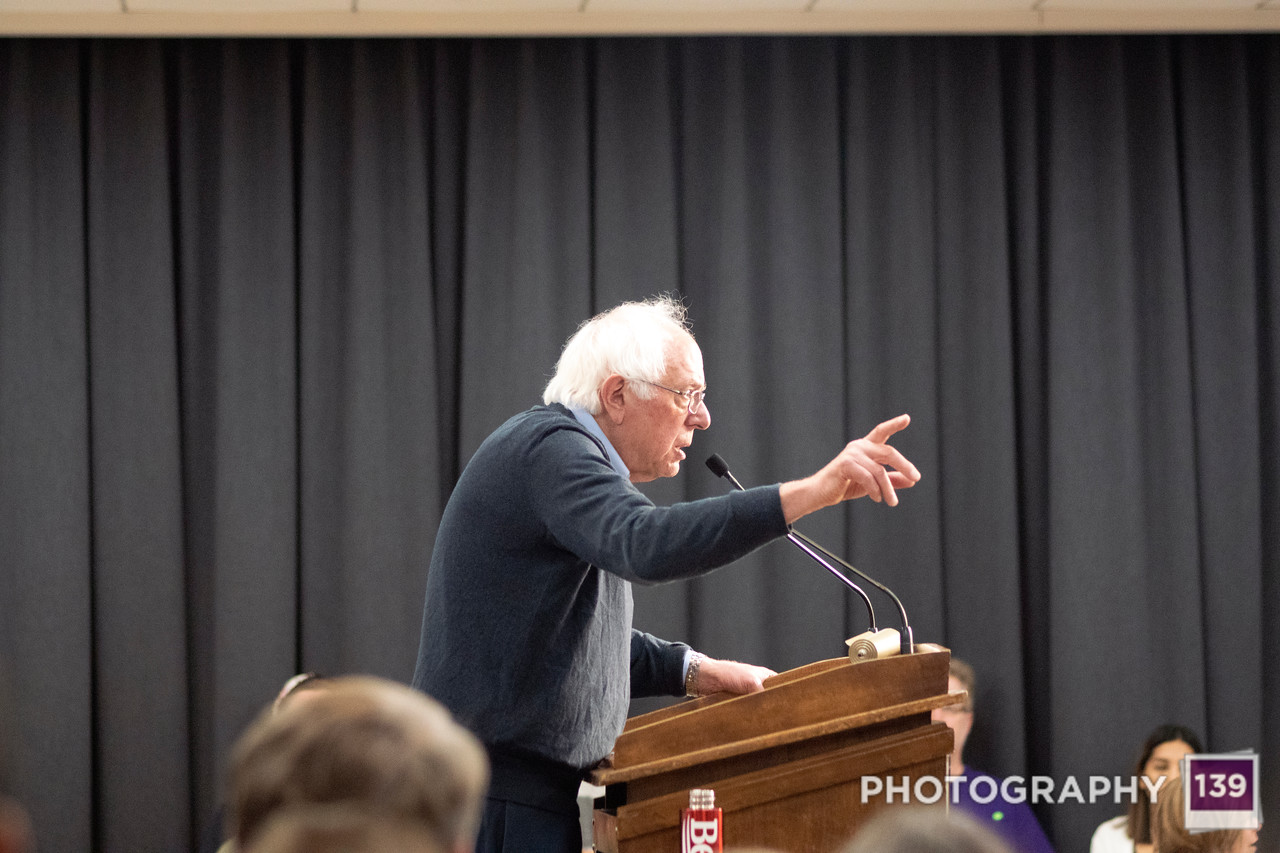 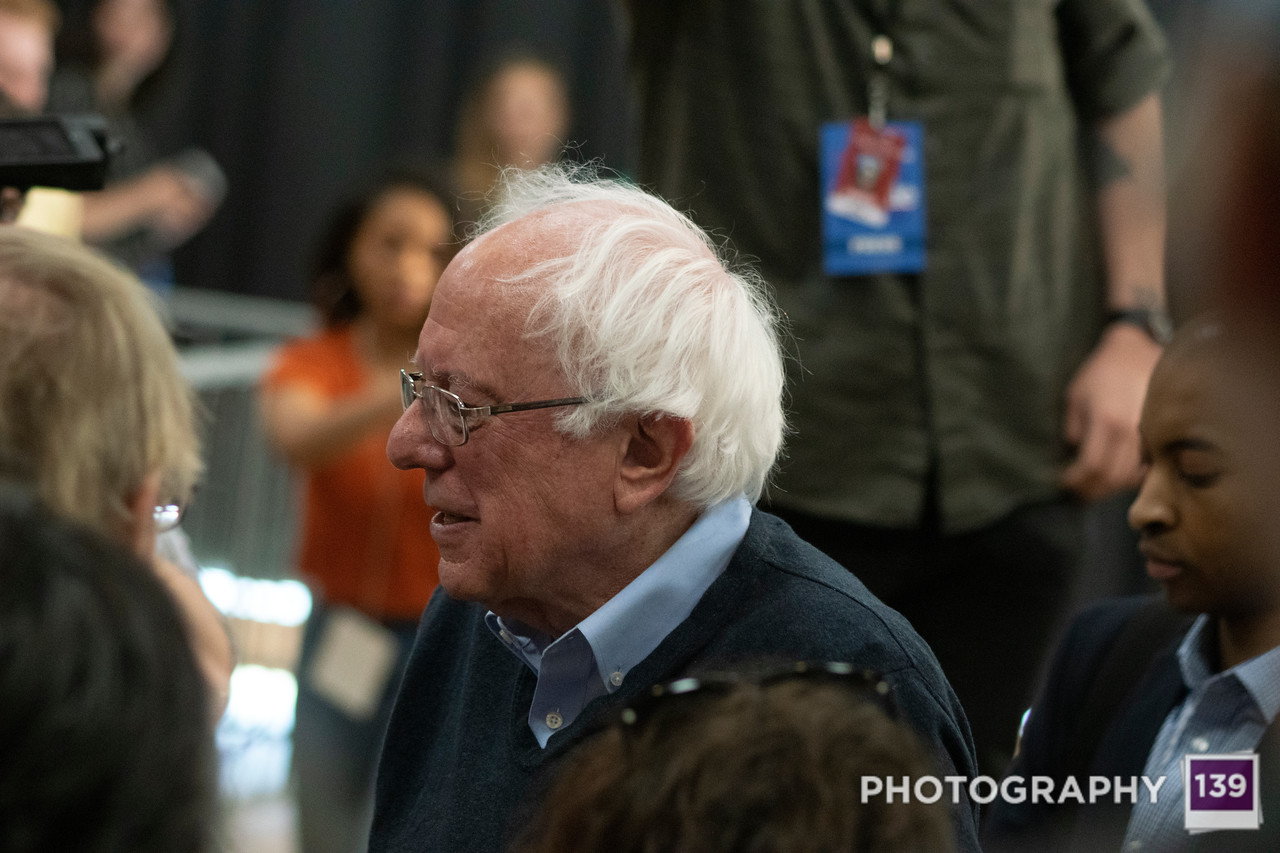 On a not Bernie related note, but political. A friend of mine gave me the great honor of cutting up their NRA membership card yesterday. It felt as great as I imagined.

Maybe someday there will be a gun rights group that actually reflects the opinions of the majority of gun owners. Until that day, I have to take joy in a domestic terrorist organization imploding. They will continue to have a few supporters hanging around. Those that have been radicalized by right wing media. The last rats, clinging to the sinking Russian financed ship.

Yesterday was a great day! Hopefully tomorrow will be a great day as well!