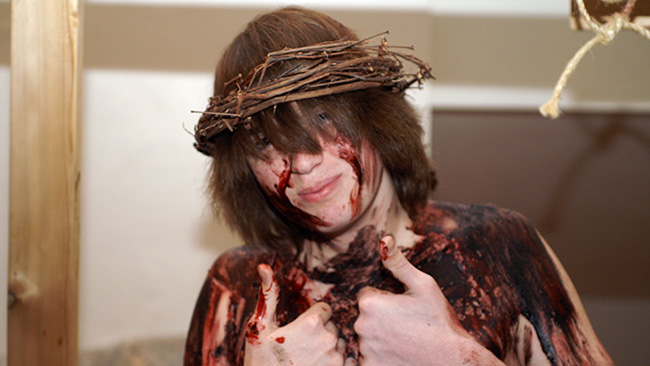 In the folder called 04-11-09 is a photographic record of one of the least favorite things my church has done. They used to do this every Good Friday for several years. They would have 3 youths dress up and smear them with fake blood and mud and have them pretend to be crucified.

As you walked out of the church, in silence, after Good Friday Service, you would walk past a bizarre, macabre scene. Frequently music from THE PASSION OF THE CHRIST played softly in the background.

Don’t get me wrong, it was very powerful experience for many people in the congregation. But I always hated it. It always smacked of cheap theatrics to me. A Living Nativity is one thing. A Living Crucifixion, not digging it.

However, that isn’t to say I don’t know a great photo opportunity when I see it. In 2009, Logan was cast as Jesus. Here are some pictures: 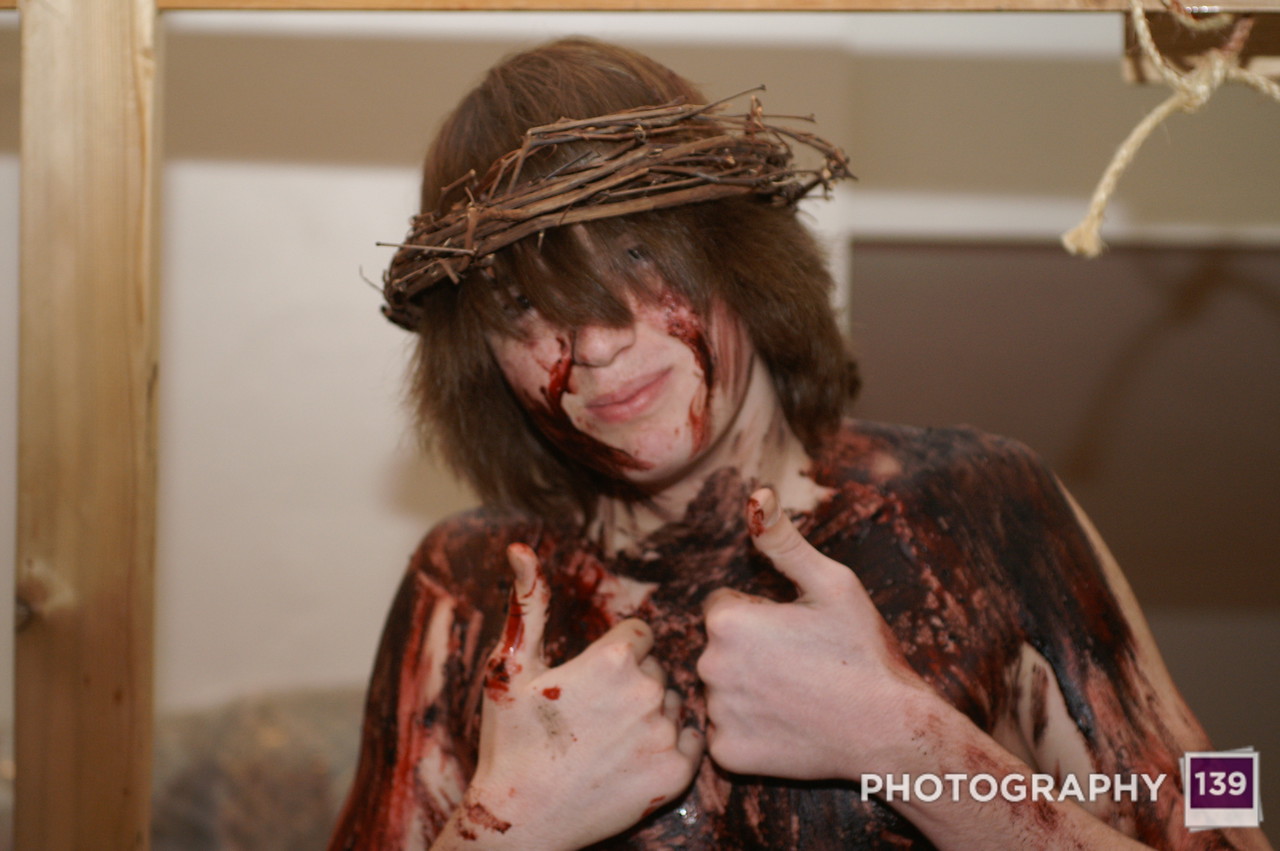 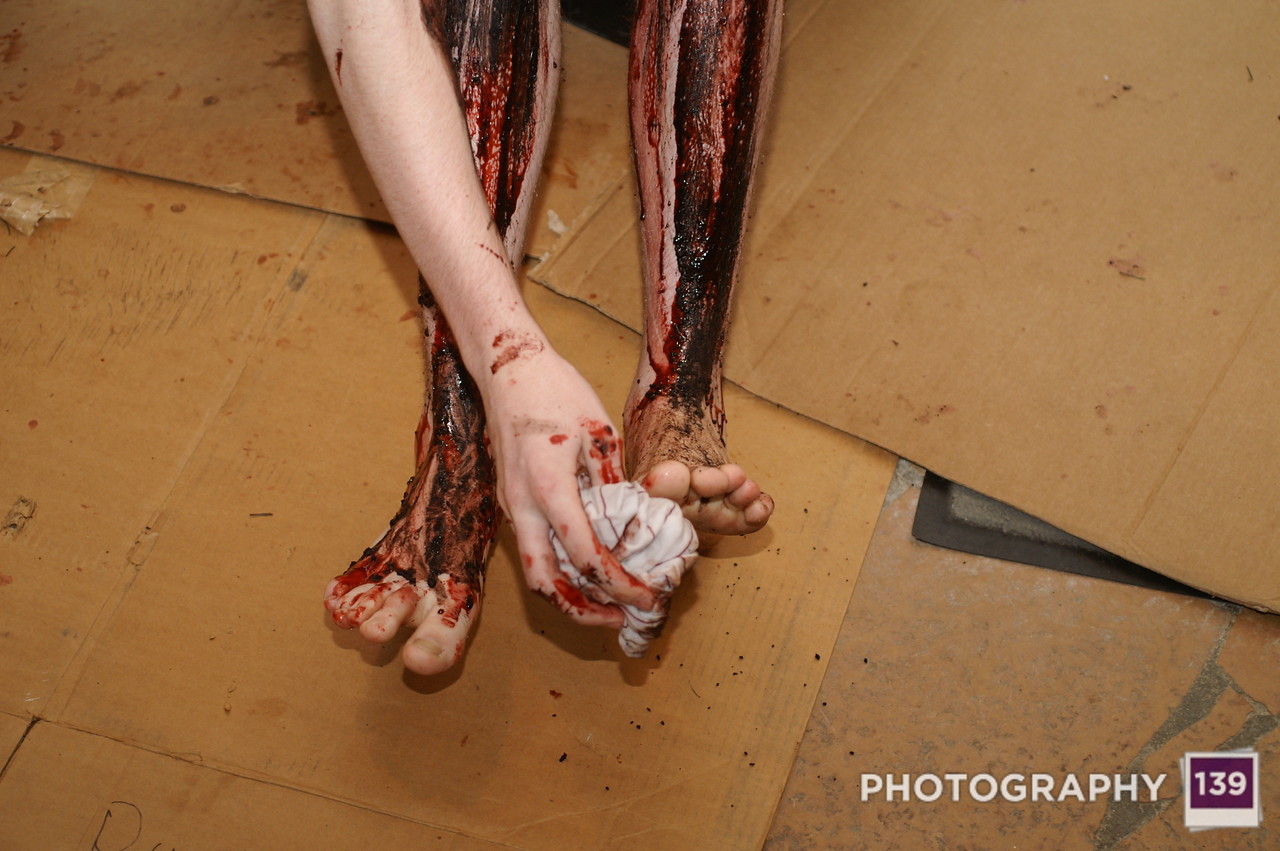 Next Saturday’s walk down memory lane will probably involve the house, but it could also involve an electric car ride!