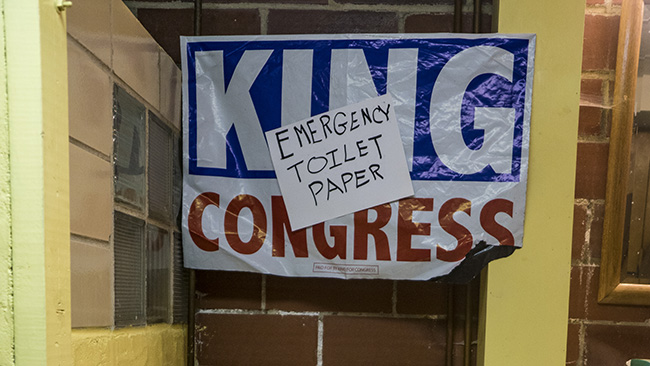 Also, I know that the subjects for what will probably be the last page in THE PHOTO JOURNAL PROJECT won’t be in the Cyclone State until mid-September.

I don’t want to get too political today. My inspiration for Page 101 of THE PHOTO JOURNAL PROJECT occurred a few weeks back when J.D. Scholten announced that he will be running for U.S Representative for Iowa District 4. I immediately put out my J.D. Scholten sign when I got home from work. 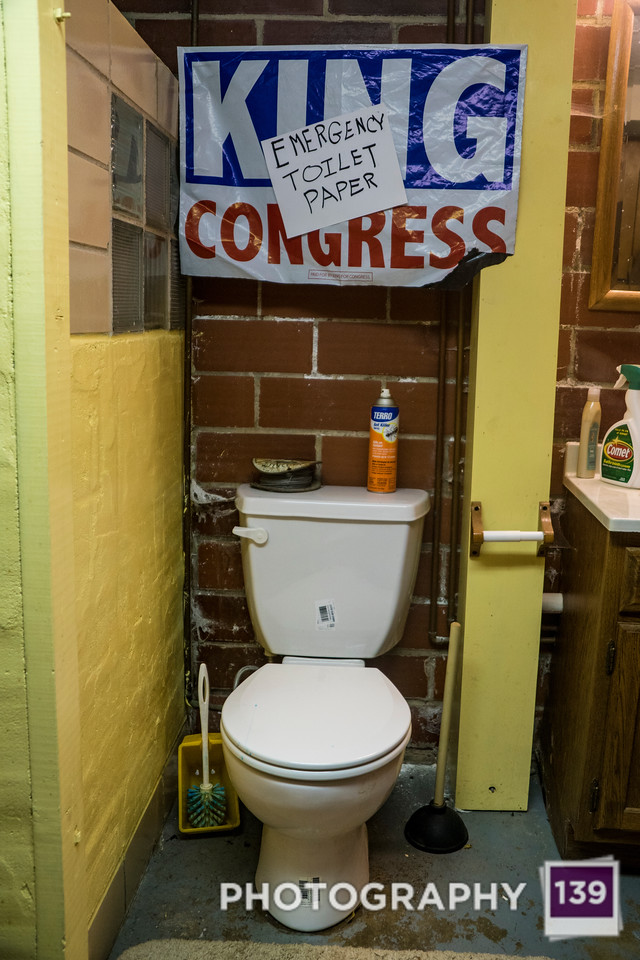 Page 101 – Find an object, close your eyes and compose your shot using touch rather than vision.

I think we all know that Steve King is one of the most vile, disgusting human beings on the planet. He is a disgrace to the office he holds, the state of Iowa, and upright walking humans all over the planet.

In addition to being a virulent white supremacist, he recently gave a passionate defense of rape and incest. Yeah, he’s a great guy.

Steve King is so racist.

How racist is he?

Steve King is so racist that the Republicans stripped him of all of his committee assignments.

Perhaps not my best joke, but even if your totally on board with racism, rape, and incest, he isn’t even in a position to help out his district because he is such an embarrassment he has zero committee assignments.

But let’s be honest, in the nearly two decades he has been farting around in Congress he has only ONE legislative accomplishment. He changed the name of a post office.

When he isn’t doing literally nothing for Iowa, Steve King can be found hanging out in Austria hanging out with literal Nazis!

This leaves only the following images left to capture before finally closing the book on THE PHOTO JOURNAL PROJECT:

Page 18 – Shoot the other half of this picture by Jason Evans. – This is a profoundly stupid page, but I guess I’ll have to bite the bullet and do it at some point.
Page 28 – Recreate a famous photograph without looking it up.
Page 64 – Head out with a fellow photographer and play a game of photography dare.
PAGE 66-67 – Make a sequence of four pictures inspired by the rise and fall of Britney Spears (or another celebrity).
Page 106-107 – Email one of your pictures to your photography hero and ask them what they hate about it.
PAGE 121 – Show us that photography is a form of magic.
Page 123 – Don’t take any more photographs -none- until you see something that emotionally moves you. Only then pick up your camera.

This is your reminder that this week’s WEEKLY PHOTO CHALLENGE theme is TOY:

Remember that next Monday is Labor Day. While most people are taking a holiday that day, Photography 139 doesn’t take holidays. Plan your photo submissions accordingly.