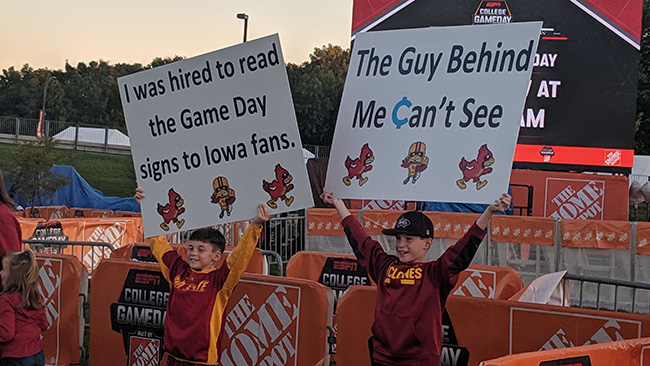 I really wasn’t sure I was going to be able to make it to College Ames Day, so the Friday night before I went over to at least check out the set.

The no-brainer in that situation would be Corey Taylor. The out of the box pick would’ve been Neil Diamond.

Later that night, we would find out is was some hillbilly bob named Eric Church. I’m not an expert on a new country music, (although I do enjoy and was raised on old-timey music*), but from what I understand is that modern country music is split into 2 categories. Douche country and tolerable country. Florida-Georgia Line is douche country. I don’t know anything by Eric Church, but just by looking at him, he has to be douche country. He looks like Adam Levine, if Adam Levine was an even bigger douche.

Eric Church capitalized on my belief that he is douche country on College Ames Day, but that is a story for a different blog post.

*There is even a reference to Hank Williams Sr. in every WEEKLY PHOTO CHALLENGE entry.