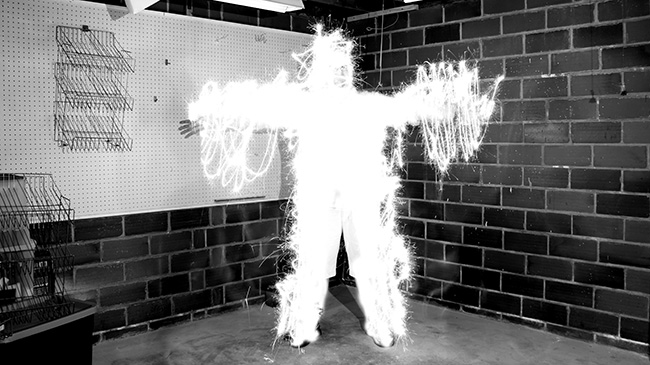 The pictures in the folder are from a series of pictures I made that are mostly playing with in-camera special effects and also an homage to what is probably my favorite television show of all time THE OUTER LIMITS.

In fact, this seems like a good time to give you my official TELEVISION SHOW POWER RANKINGS.

These are the greatest 10 Shows of All-Time in order. (Confession, I didn’t really watch television from the end of KNIGHT RIDER until DEXTER. If a show was on then, I haven’t seen it, but it probably wasn’t all that good anyways.)

This list comes from me, therefore, is beyond contestation. Feel free to leave your thoughts in the comments section below.

Shows like THE DAILY SHOW or the COLBERT report were not considered.

By adding these pictures to The Photography 139 Gallery, I was able to restore the following historic “An Artist’s Notebook” entries to their original glory:

Next Sautrday’s walk down memory lane will involve the last Ames Jaycees event I ever attended.