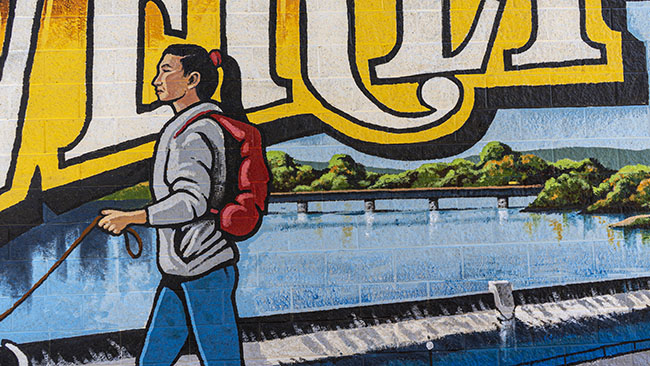 Don’t forget, that if you want to enter Roundball Oracles – Year 17, click on the link below:

So far I think about 15 brackets have been filled out. The first ones filled out were by Sara and Shawn Lockner. I was very impressed!

A few months back, I toured Bremer County harvesting its town signs. But I also spent a little bit of time in Black Hawk County and Fayette County. I also stopped in Marshalltown for a shake and to photograph their Freedom Rock. Here is a collection of the auxiliary images I took on that trip: In Plainfield, I came across the most fascinating park. There was this weird rock formation that was a memorial to WWI Veterans. But it was built before WWII, so it just references The World War. Then there was the strangest collection of rocks set up for display.

In the shelter area, sitting on the picnic table I found this:

It said “FREE GIFT” right on it! I was pretty sure it was probably left there by the Baptist church that preaches “Christ Coming Again”. I still don’t know if that was the case, but I will hold on to that theory until I’m proven wrong.

I texted a couple people, people who I only consider to be slight fun haters, on if I should take this free gift.

“Copy of the New Testament.”

“But do I have one that I found randomly in some small town in one of the weirdest parks I’ve ever seen?”

She had no response to that.

I also asked Elizabeth. Her response came way late, well after I had already taken it:

As you may have figured it out, of course I took it. But where it ended up, well for that you will have to wait for another day. A day far enough into the future that you will probably have already forgotten about the Free Gift I picked up in a strange park in Plainfield, Iowa.