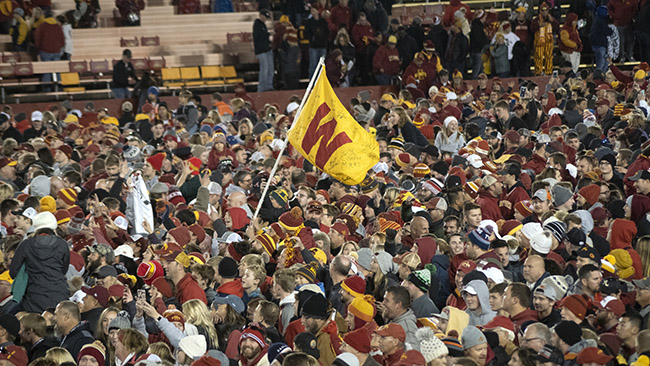 You may recall that I am not superstitious, but I am a littlestitious when it comes to sports. Every time I touch my camera at an Iowa State football game, things go bad for Iowa State. Therefore, I don’t have many pictures from Iowa State’s monumental victory over #6 West Virginia.

Here are a few of the pictures that I have: 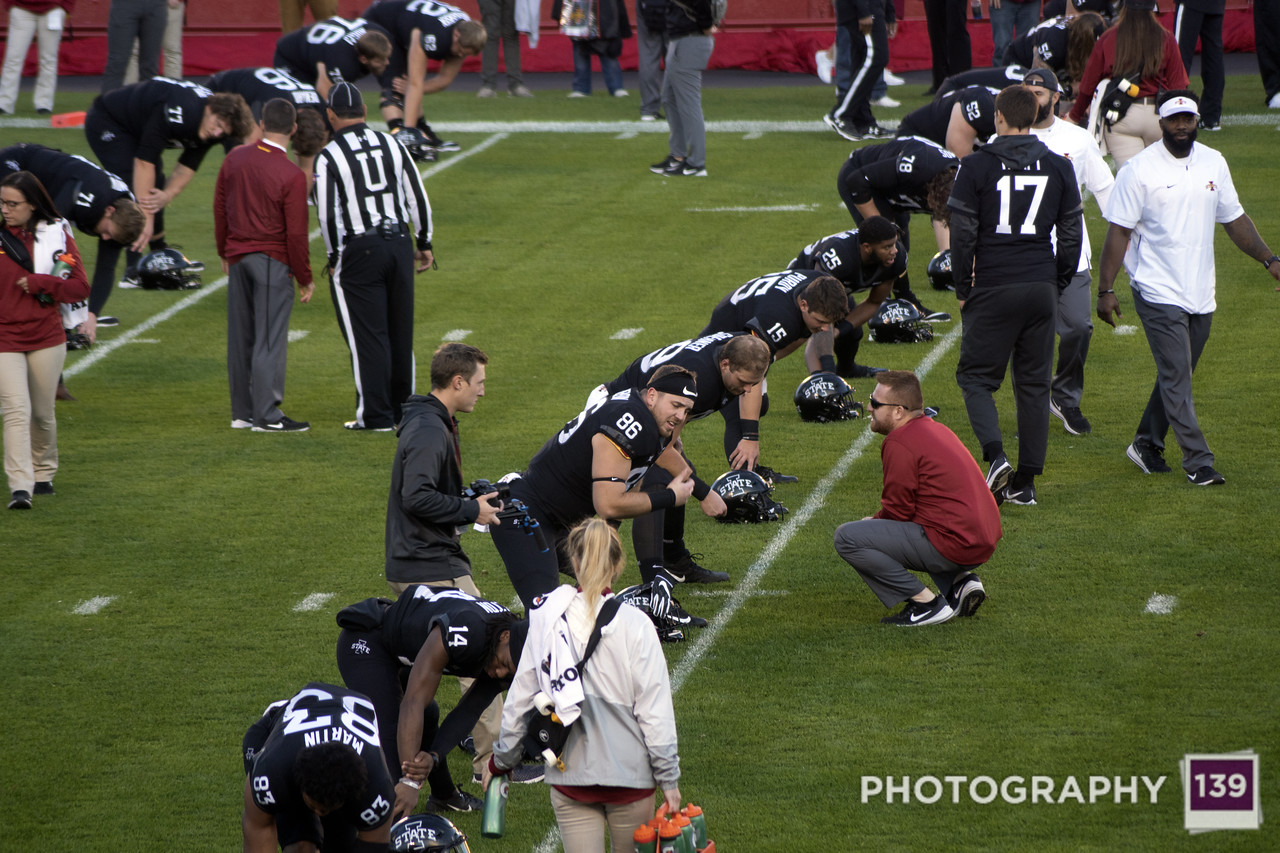 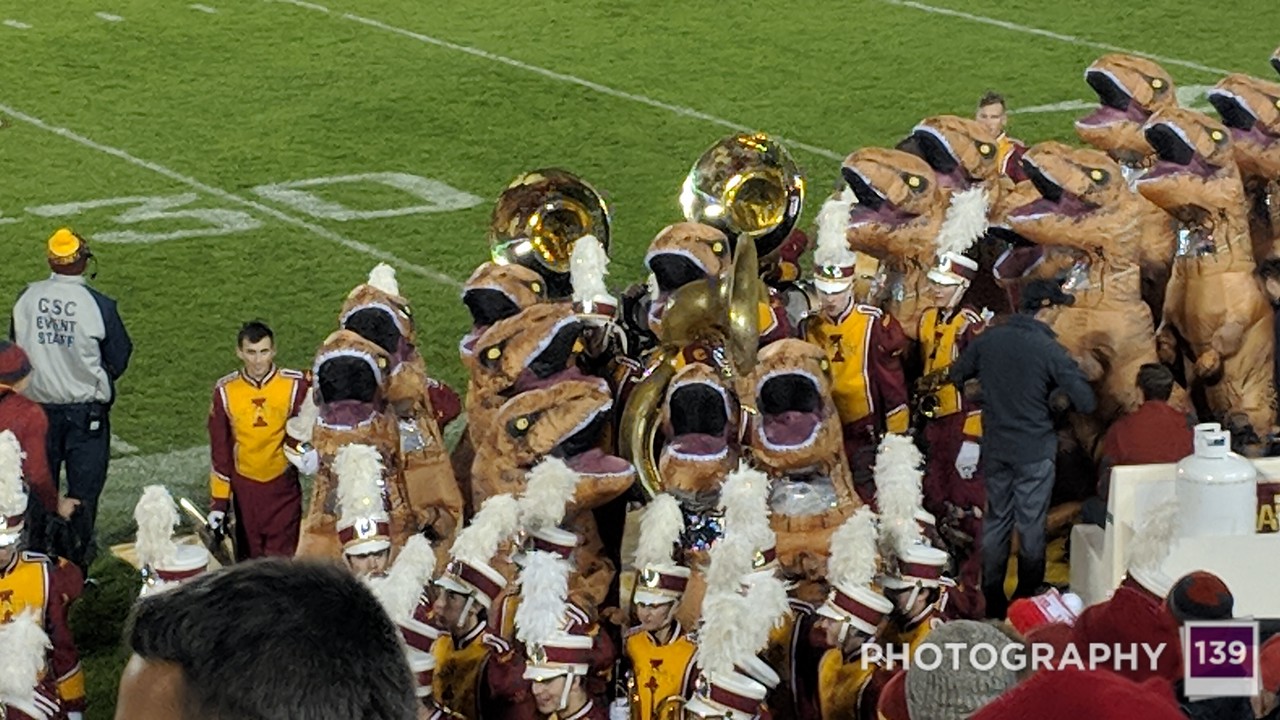 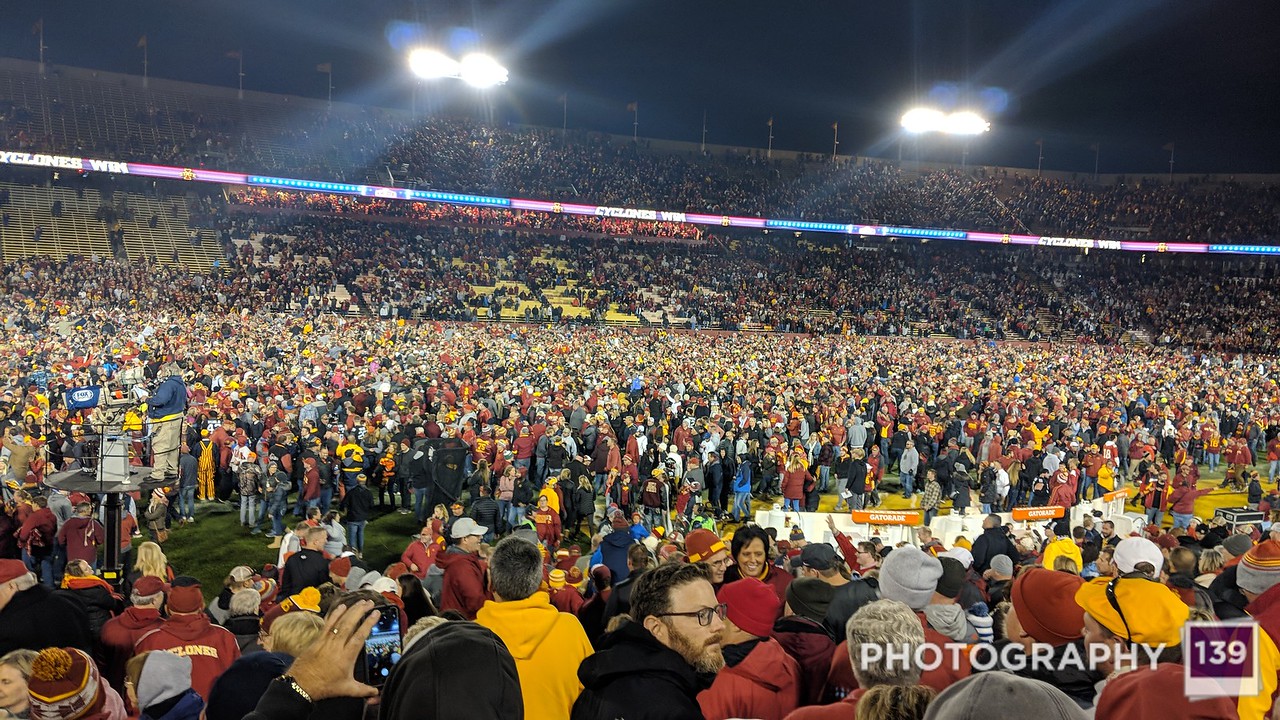 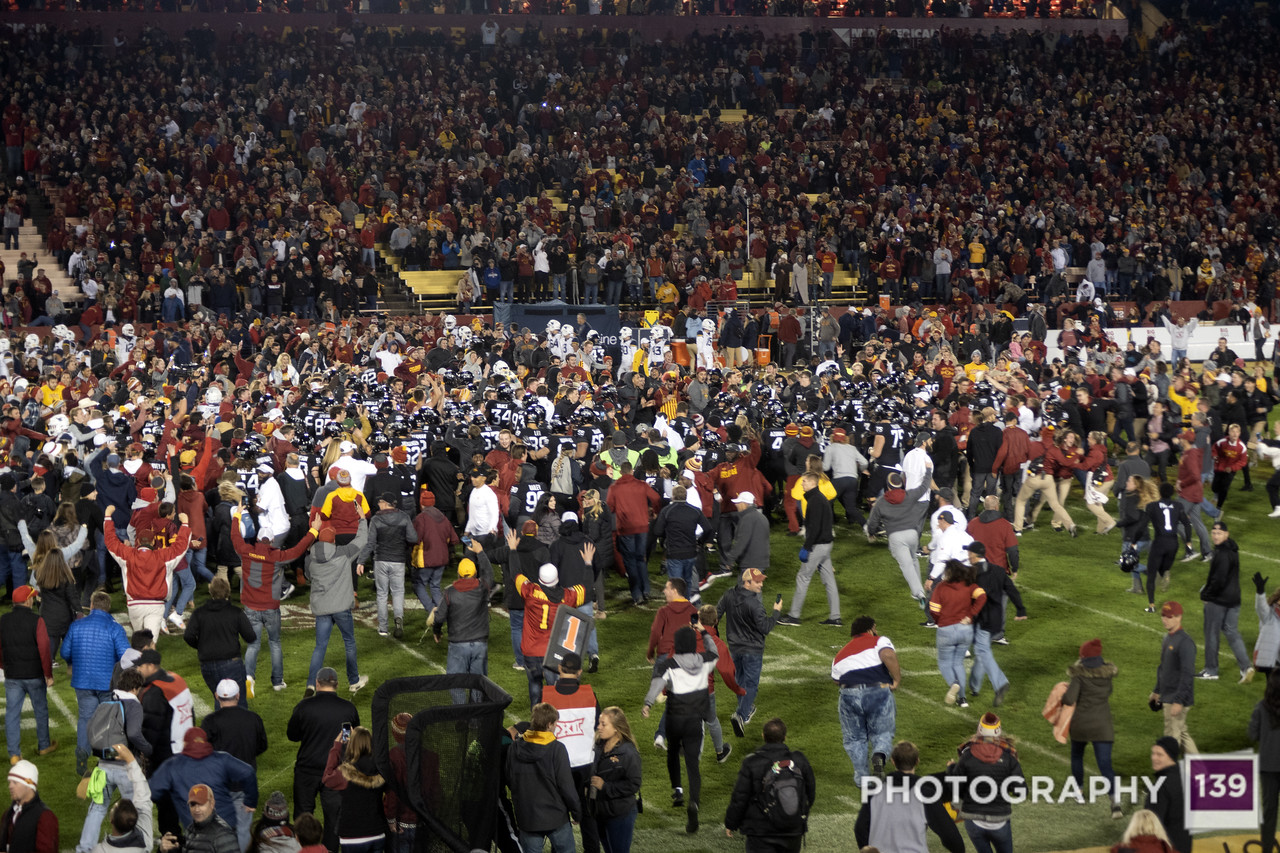 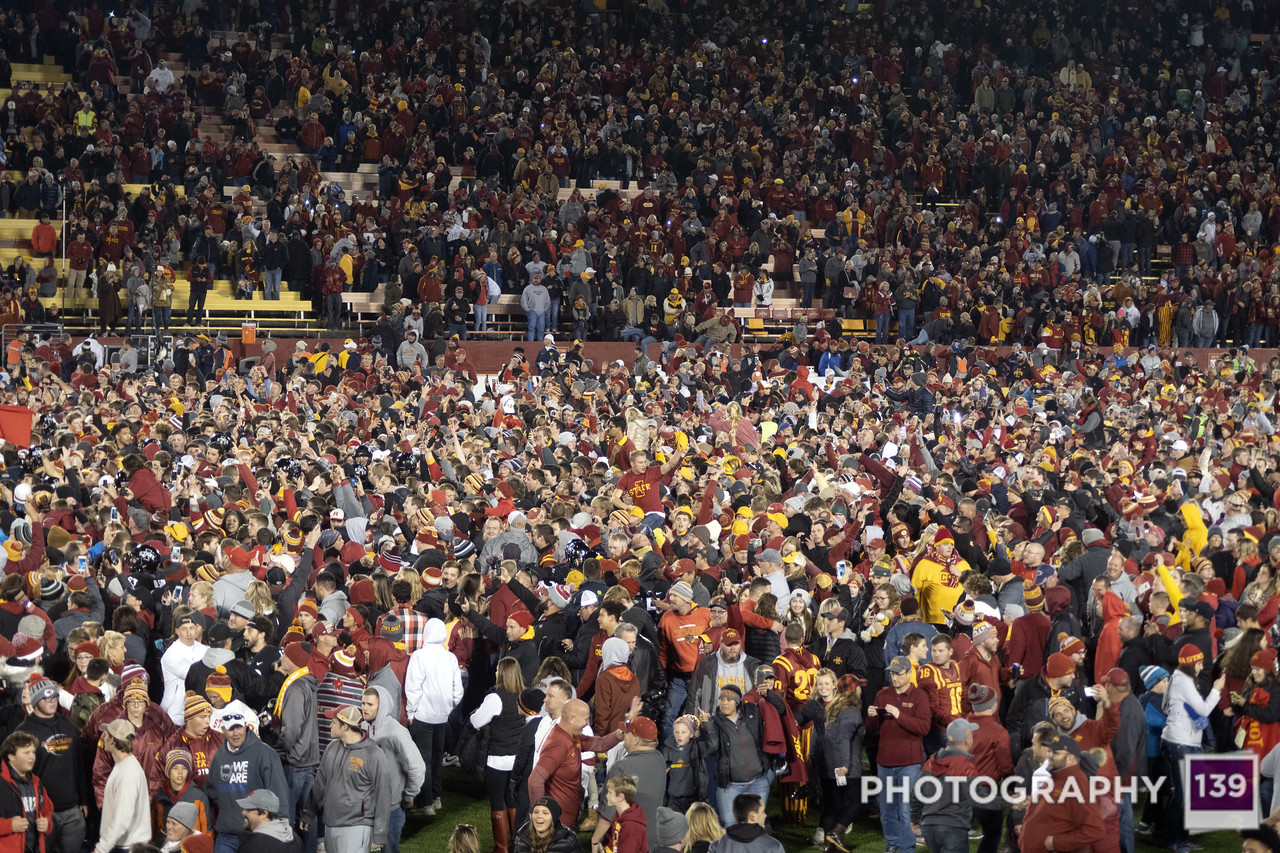 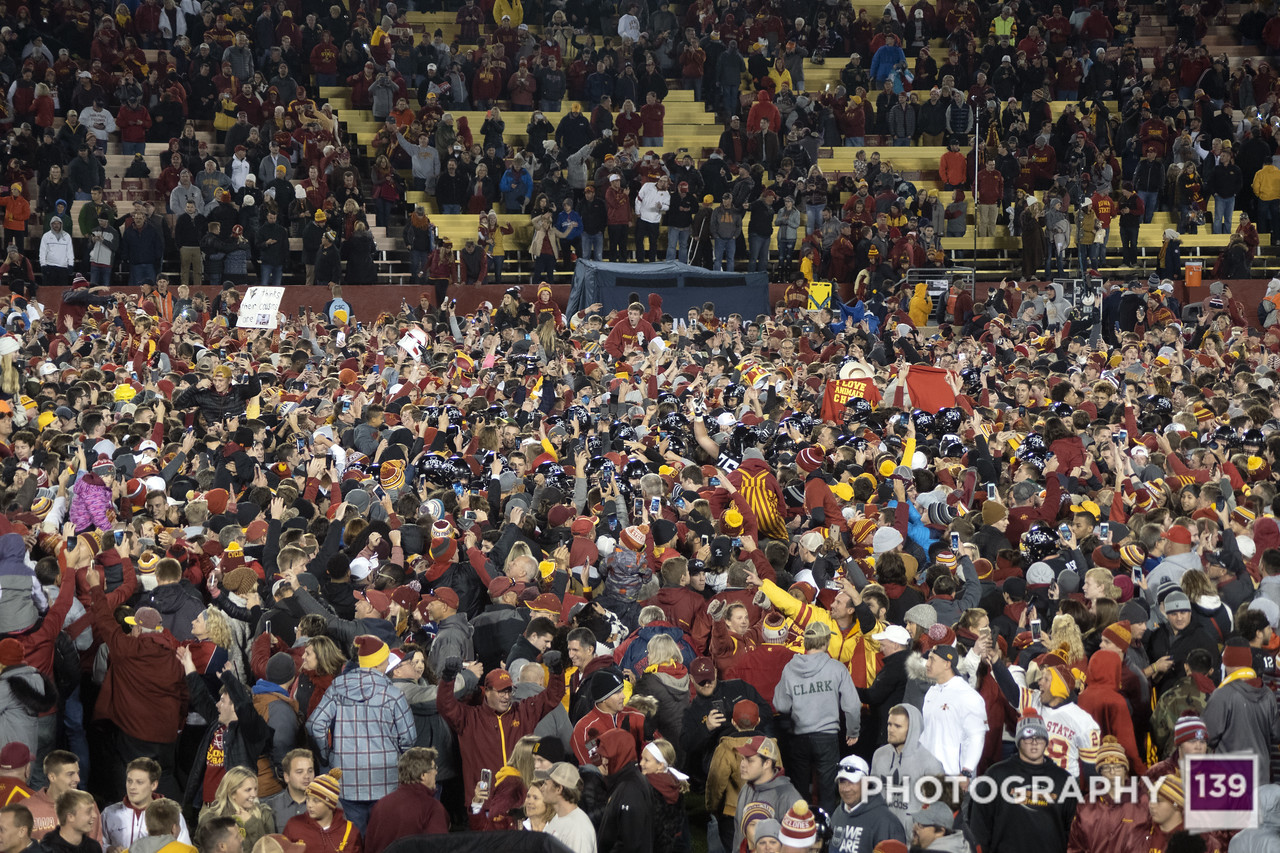 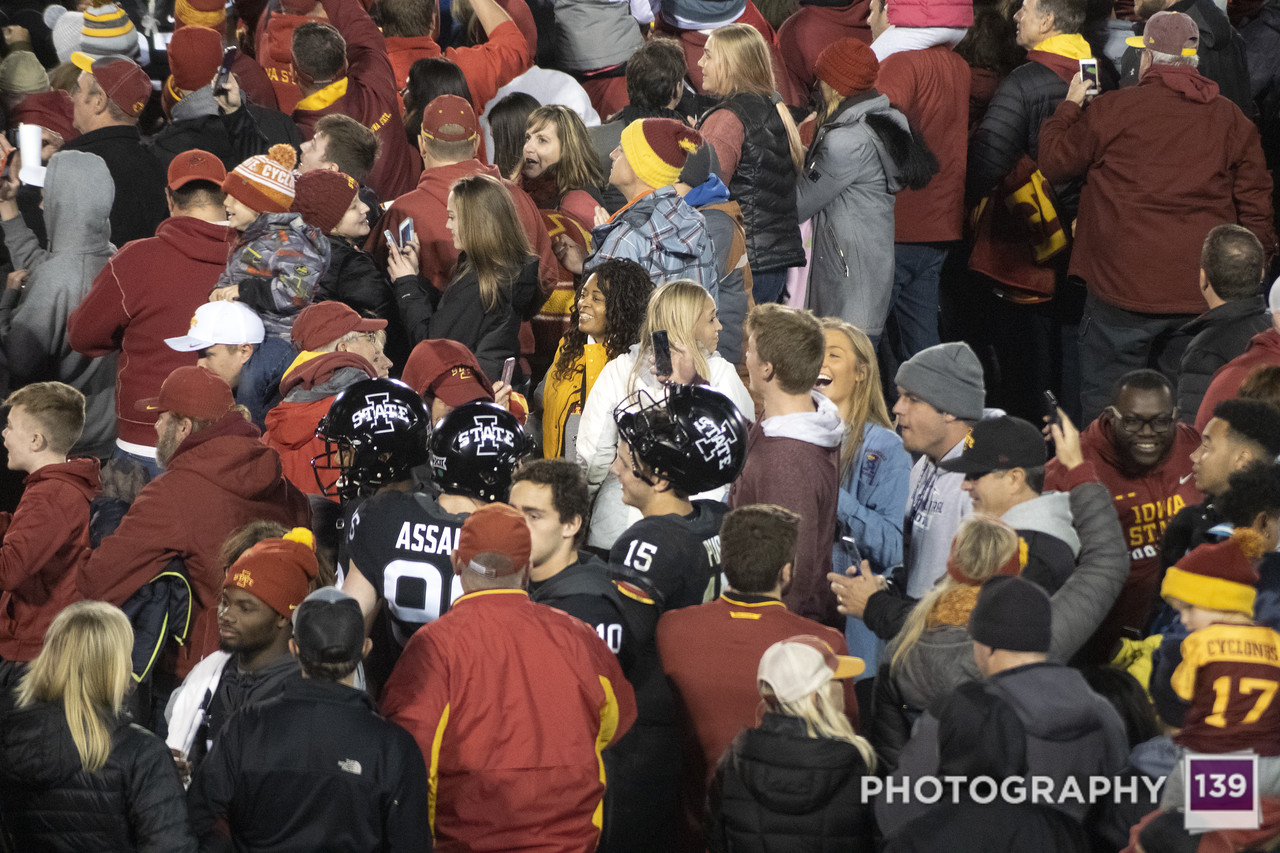 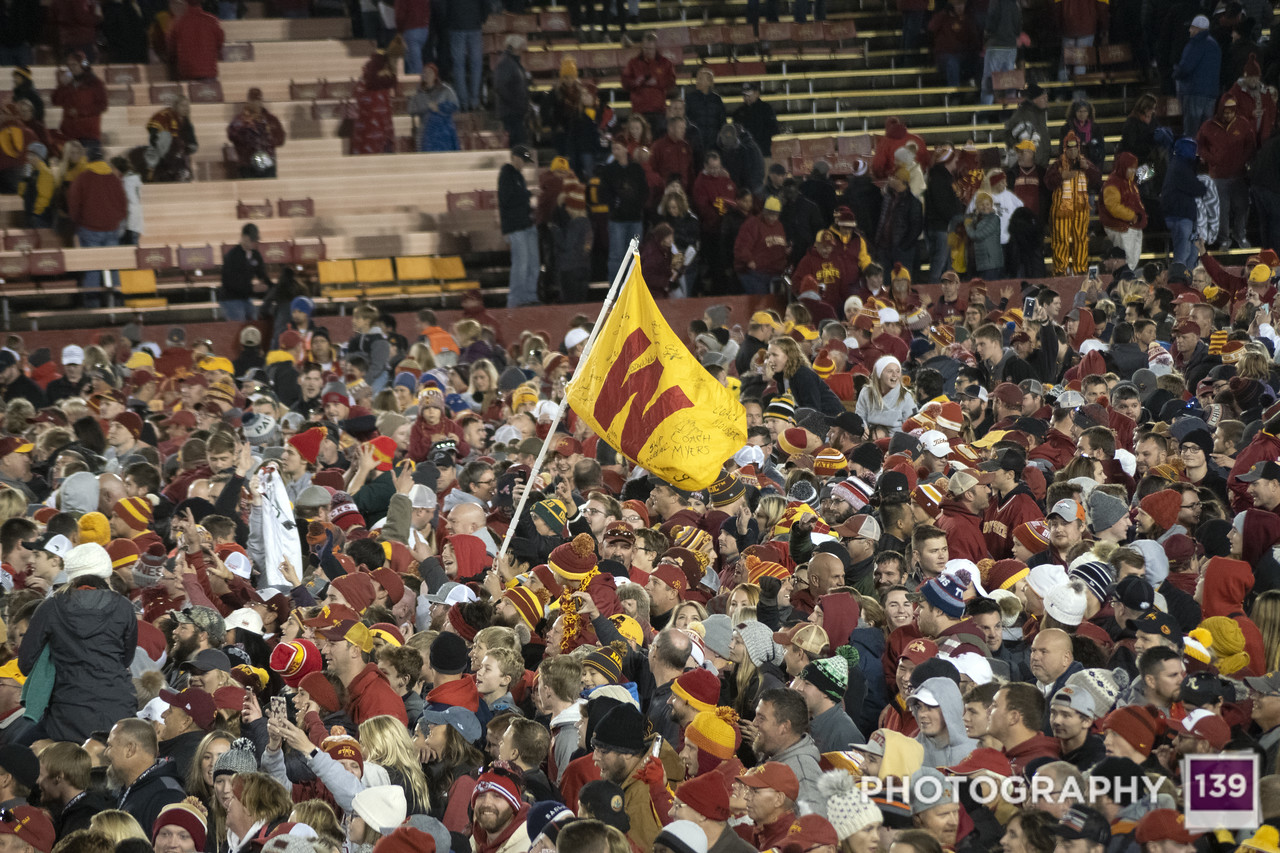 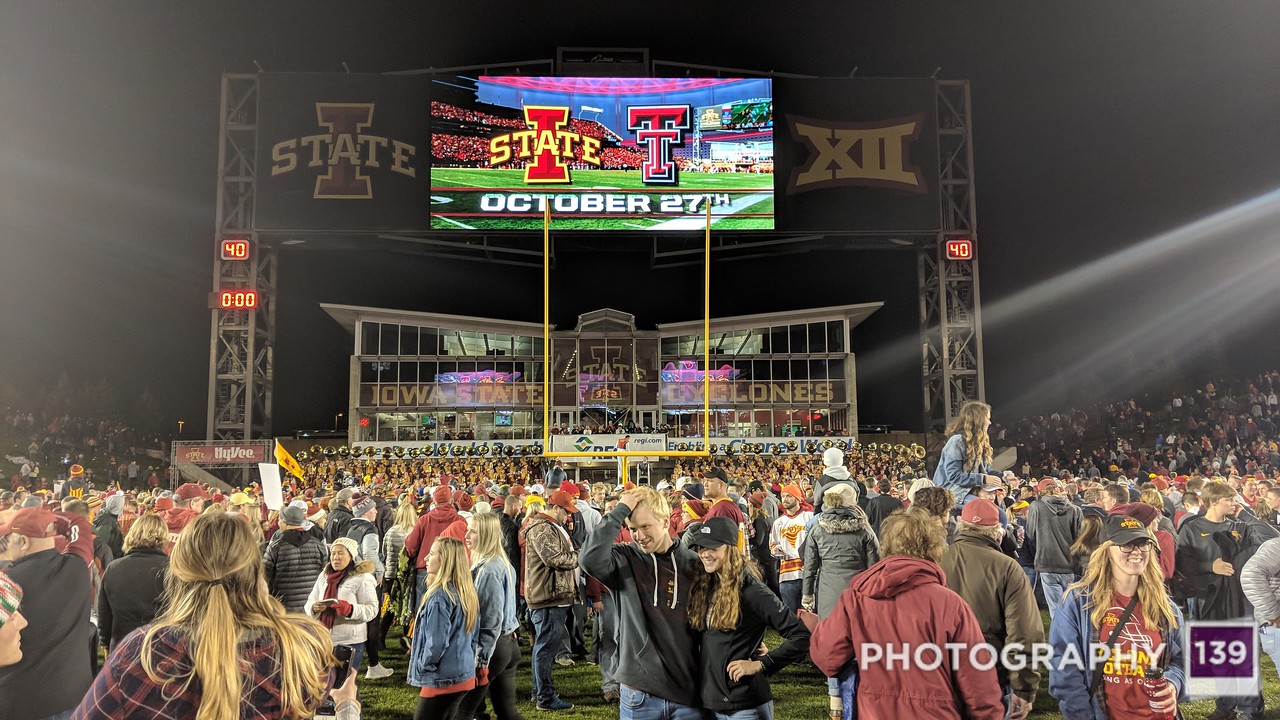 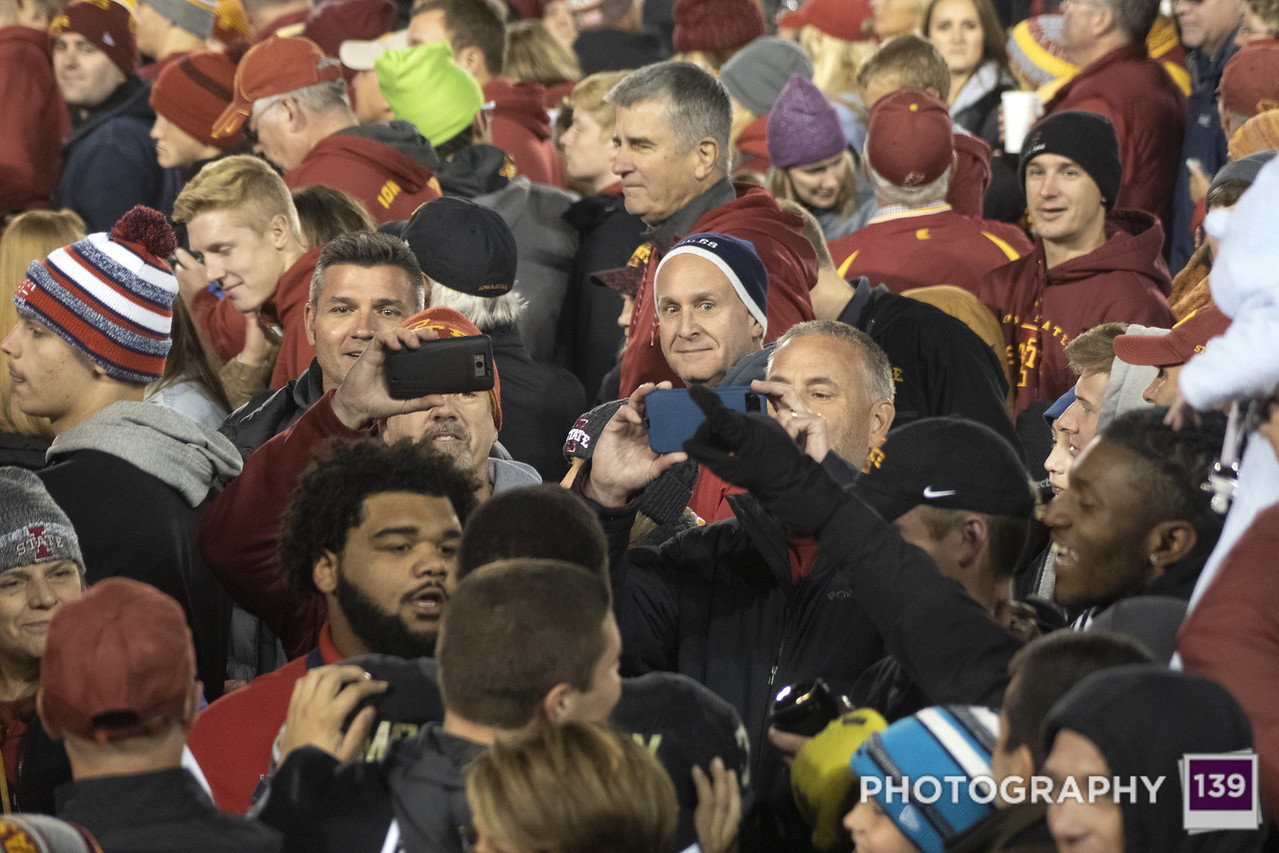 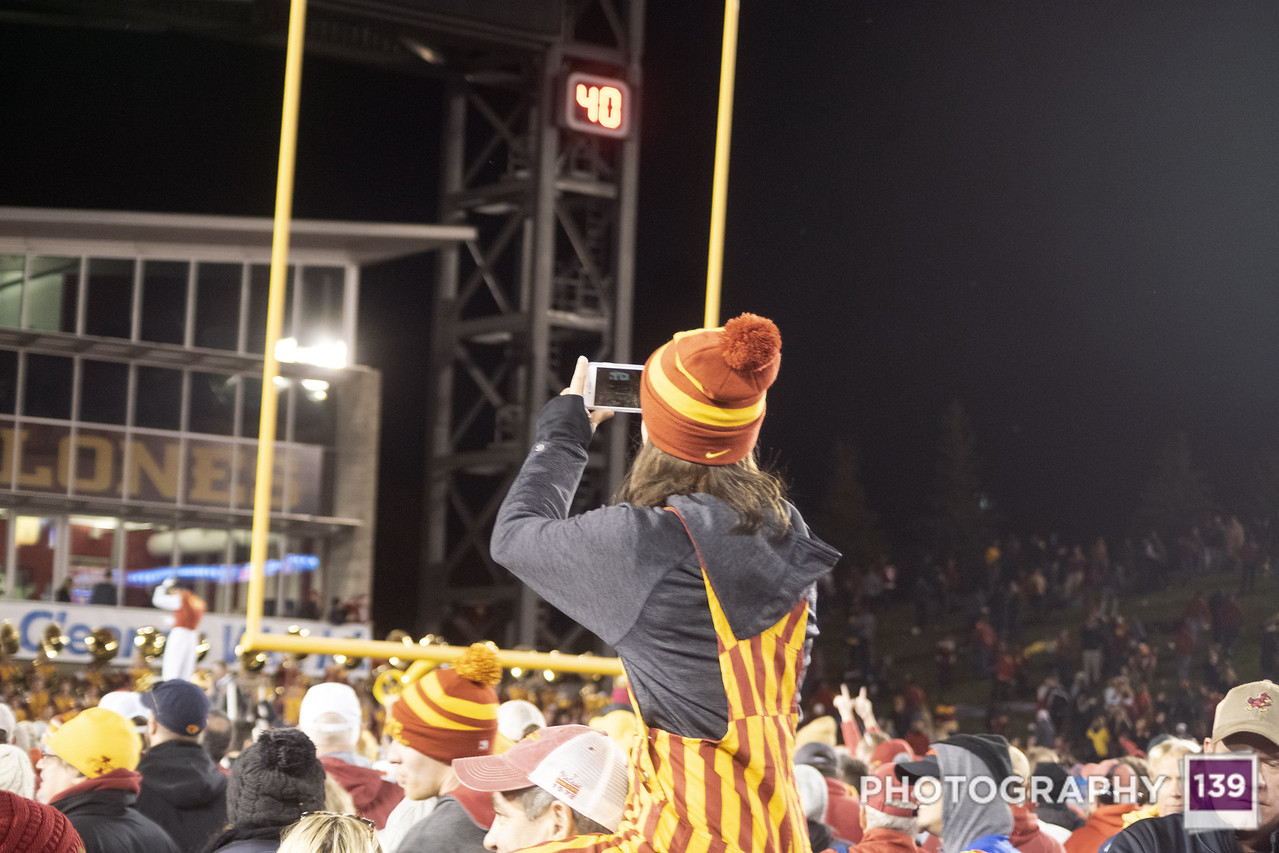 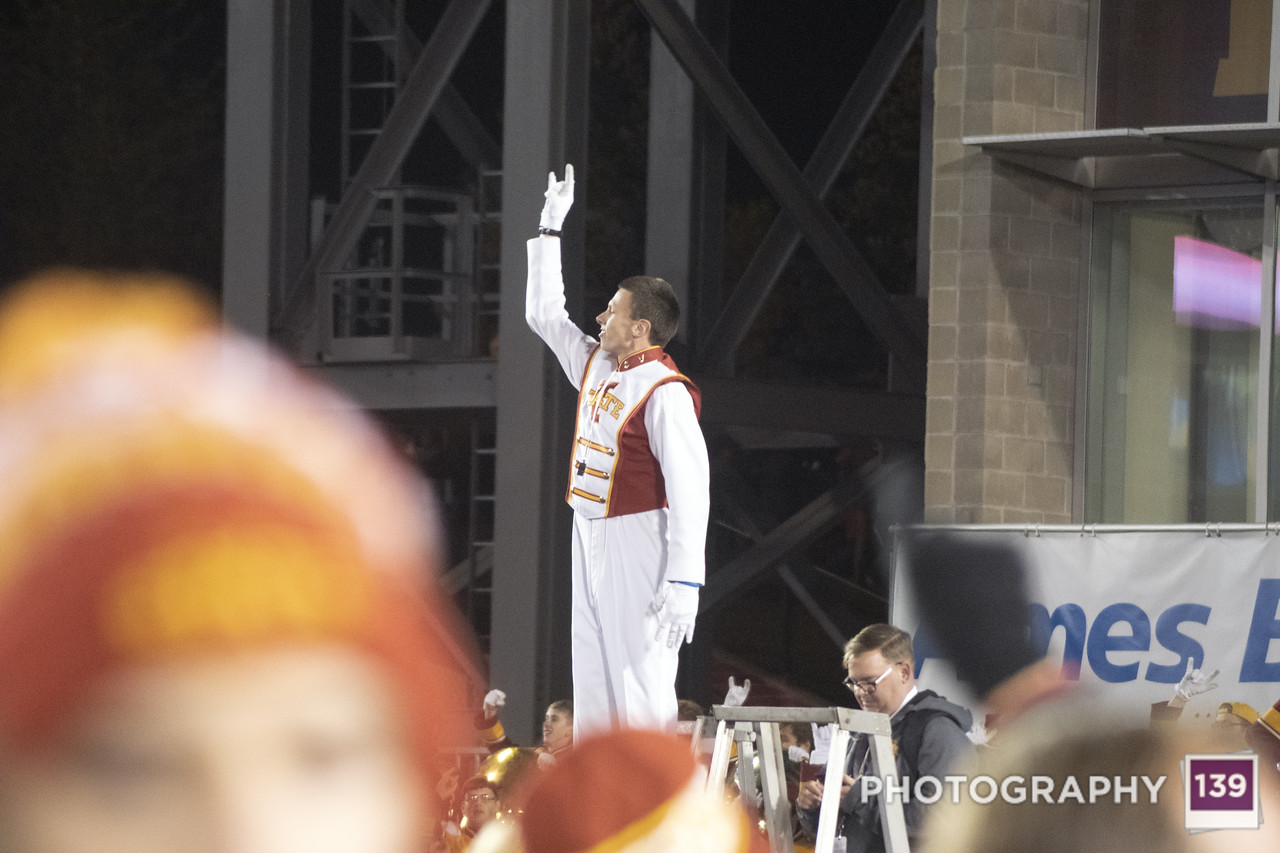 A couple of quick observations.

#!. Those black uniforms were sick! I can’t wait until they crack them out again. I’d like to see them with some kind of alternate helmet at some point. I know that lots of old people don’t understand the black uniforms. That doesn’t matter. Those uniforms aren’t for them. They are for the players and for recruits. The players and recruits love them! That is all that matters. Period. This is one of the things that Matt Campbell understands that previous Iowa State coaching staffs haven’t. It is one of the reasons why every year he puts together a new best class in Iowa State history. He is truly building something special at Iowa State. I can’t wait to see what kind of special uniforms they crack out next season. The one thing they haven’t really done yet is an alternate helmet design, besides the bugle helmet last year. I’m on record as hating Iowa State’s I-State logo. Therefore I didn’t hate the bugle as much as most people did last year. However, an alternate helmet that brought back Cy would be amazing. But what I would really love to see is a helmet that brings back the 80s cyclone design.

Click on the link below to see an Iowa State fan designed logo that I would love to see and I would buy ALL the merch for:

#2. Iowa State plays Kansas today. Kansas is wearing alternate uniforms that honor the military. So alternate uniform haters can get their hate game going today at 11 AM I wish I was able to get down there for that game, but instead I’ve decided to go see my new niece and nephews. If you haven’t heard, Nate and Laura gave birth (well, mostly Laura, but Nate helped) to a healthy set of triplets a couple weeks ago. I’m heading down to meet them with Bethany, Becca, and Jim today. Therefore, stay by your phones for baby pictures!

#3. If I were the type of person that used profanity on my blog (besides when I’m quoting somebody) I would drop an F bomb right here. It would be directed towards West Virginia head coach and noted cry baby Dana Holgorsen. He was less than a class act after Iowa State stomped his Mountaineers like maggots. He gave Iowa State no credit for dismantling his team and ending his quarterback’s Heisman trophy dreams. Then he went into full cry baby mode because Iowa State fans stormed the field. I’ve been apart of probably 10 or so field storms at Jack Trice Stadium over the years. This was the most peaceful one I’ve ever seen. Holgorsen cried about it and the Big XII fined Iowa State $25,000 dollars to placate his ego. Last week Kansas fans stormed the field after beating TCU and Oklahoma State fans stormed the field after beating Texas. Neither university was fined because TCU and Texas both have coaches that are fully functioning adults. Instead of a large man-baby. So yeah, Dana Holgorsen can go… well you can use your imagination.

Iowa State plays at Kansas at 11 AM this morning. Go Cyclones!!!