Happy Friday the 13th everybody! Considered to be a very unlucky day, but considering how bad of a shape our country is in right now, I don’t want to invite any more bad luck. So I am going to celebrate by watching a Friday the 13th movie tonight. Not sure which one yet, but maybe the 3-D one or maybe the one with Corey Feldman or maybe my favorite one, which involves a soundtrack littered with one “great” Alice Cooper song after another.

I’ve always believed that Friday the 13th was an unlucky day because those camp counselors decided to sneak off and “get it on” instead of watching that little special needs boy. I hope it was good for them, because he drowned and now we all have to suffer on this day… forever.

One theory is that there were 13 guests at the Last Supper. Jesus and his 12 apostles. Judas betrayed him and on the next day, a Friday, Jesus was crucified.

This created a longstanding superstition that I’ve never heard of that having 13 guests at a table is a bad omen. This is why the Methodist Men always seat tables for 8 people. Not really, but it would be cool if we did.

But do bad things happen on Friday the 13th, besides the bad things that happen to camp counselors?

Seems like a pretty terrible track record to me. So let me just celebrate this Friday the 13th with some of my favorite Tupac lyrics:

With all this extra stressing
The question I wonder is after death, after my last breath
When will I finally get to rest through this suppression?
They punish the people that’s asking questions
And those that possess, steal from the ones without possessions
The message I stress: to make it stop study your lessons
Don’t settle for less – even the genius asks his questions
Be grateful for blessings
Don’t ever change, keep your essence
The power is in the people and politics we address
Always do your best, don’t let the pressure make you panic
And when you get stranded, and things don’t go the way you planned it
Dreaming of riches, in a position of making a difference
Politicians and hypocrites, they don’t wanna listen
If I’m insane, it’s the fame made a brother change
It wasn’t nothing like the game
It’s just me against the world

Last Saturday morning I spent some time at McHose Park photographing the junk pile that is on the backside of the park for THE WEEKLY PHOTO CHALLENGE theme JUNK. Why there is a small junkyard on the backside of probably the most beautiful city park in the Cyclone State is a bit of a mystery. This is what I believe happened:

A long, long time ago, I can still remember how, the city dump used to be on South Division Street. Eventually Boone decided that maybe the dump shouldn’t be in town and built a landfill outside of town a few miles. They needed to do something with the junk that was in the city dump and rather than move it or recycle it, they just shoved it all down the ravine on the backside of McHose Park. Problem solved. Given a choice between doing something smart and something lazy, people will usually take the lazy option. Over the years, rain and snow and wind and mud has slowly moved all that junk deeper and deeper into McHose Park. The beautiful part of it is that there is a lot of water run off that goes through those rusted out fridges, washing machines, barrels, tires, and cars through an abandoned old train bridge and right into the water of Honey Creek.

Here are some pictures of some beautiful old JUNK that didn’t make the cut for THE WEEKLY PHOTO CHALLENGE on Monday: 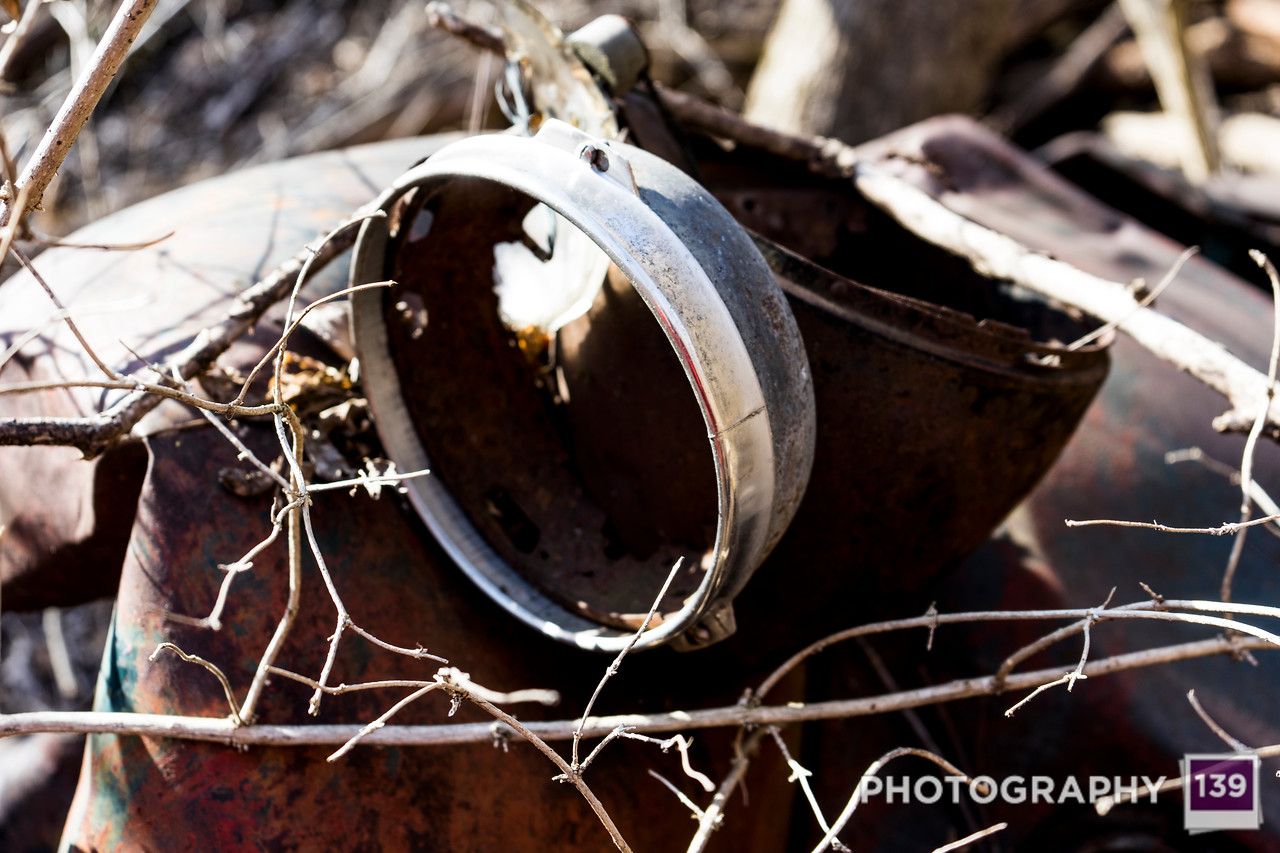 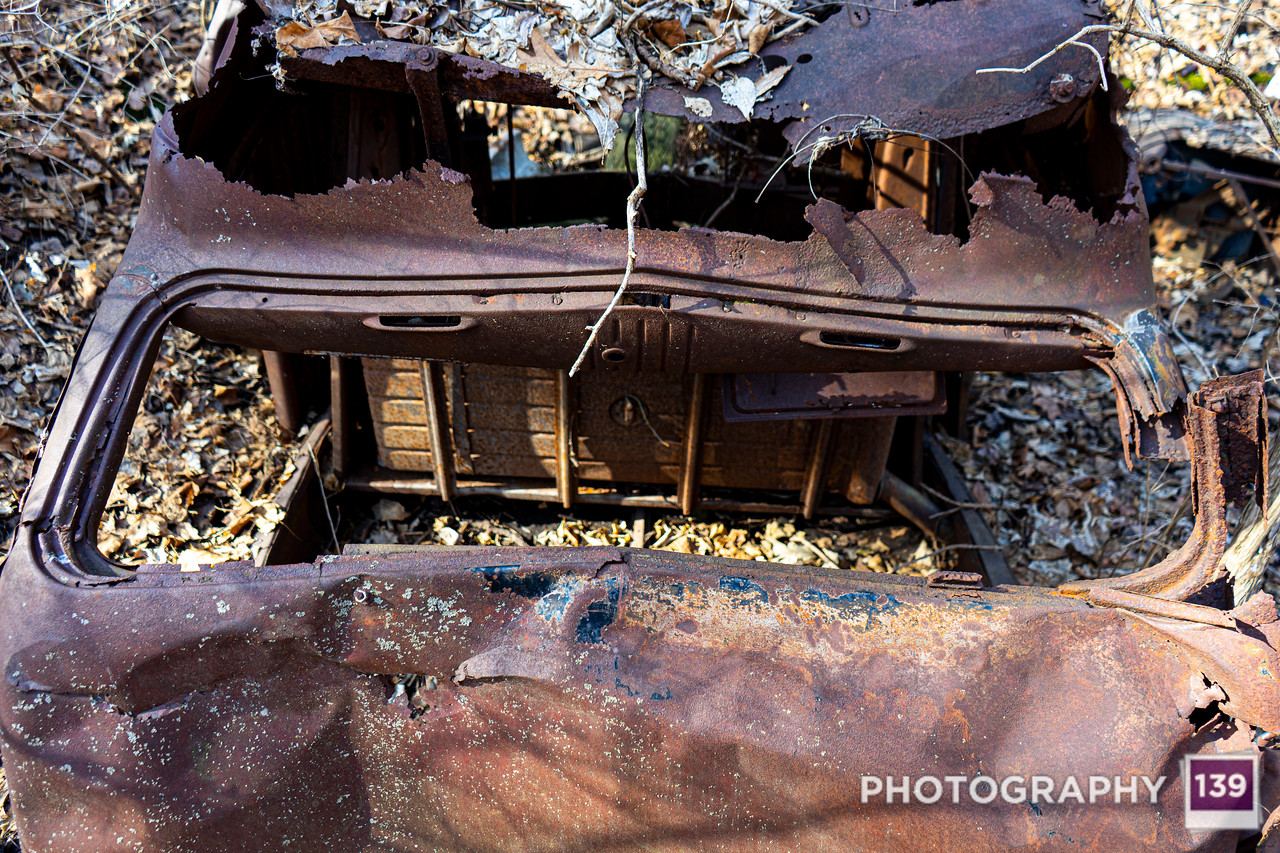 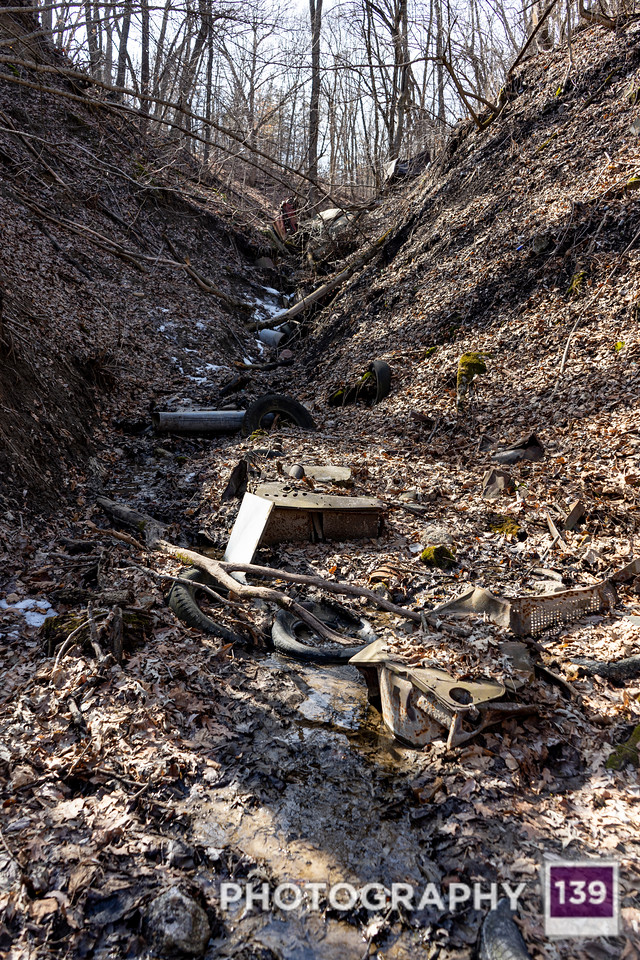 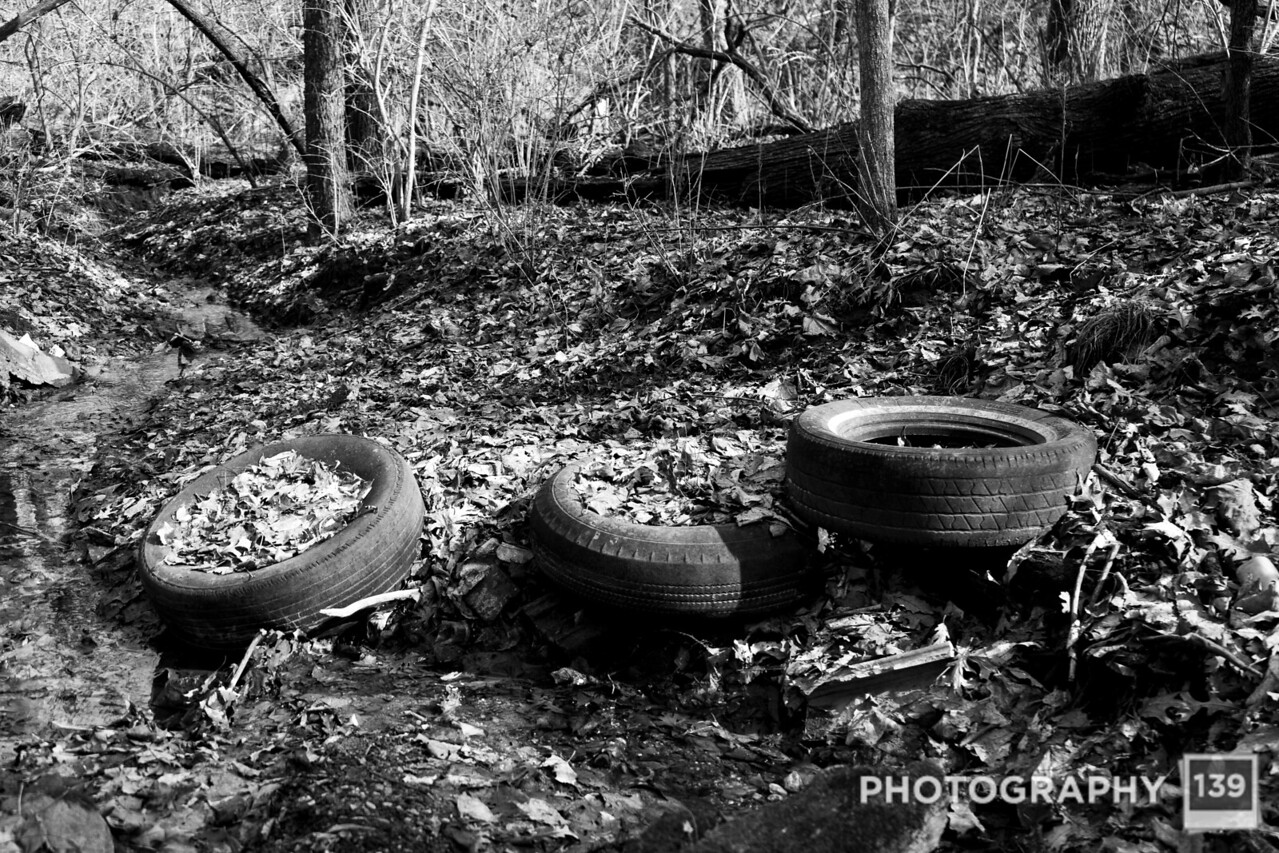 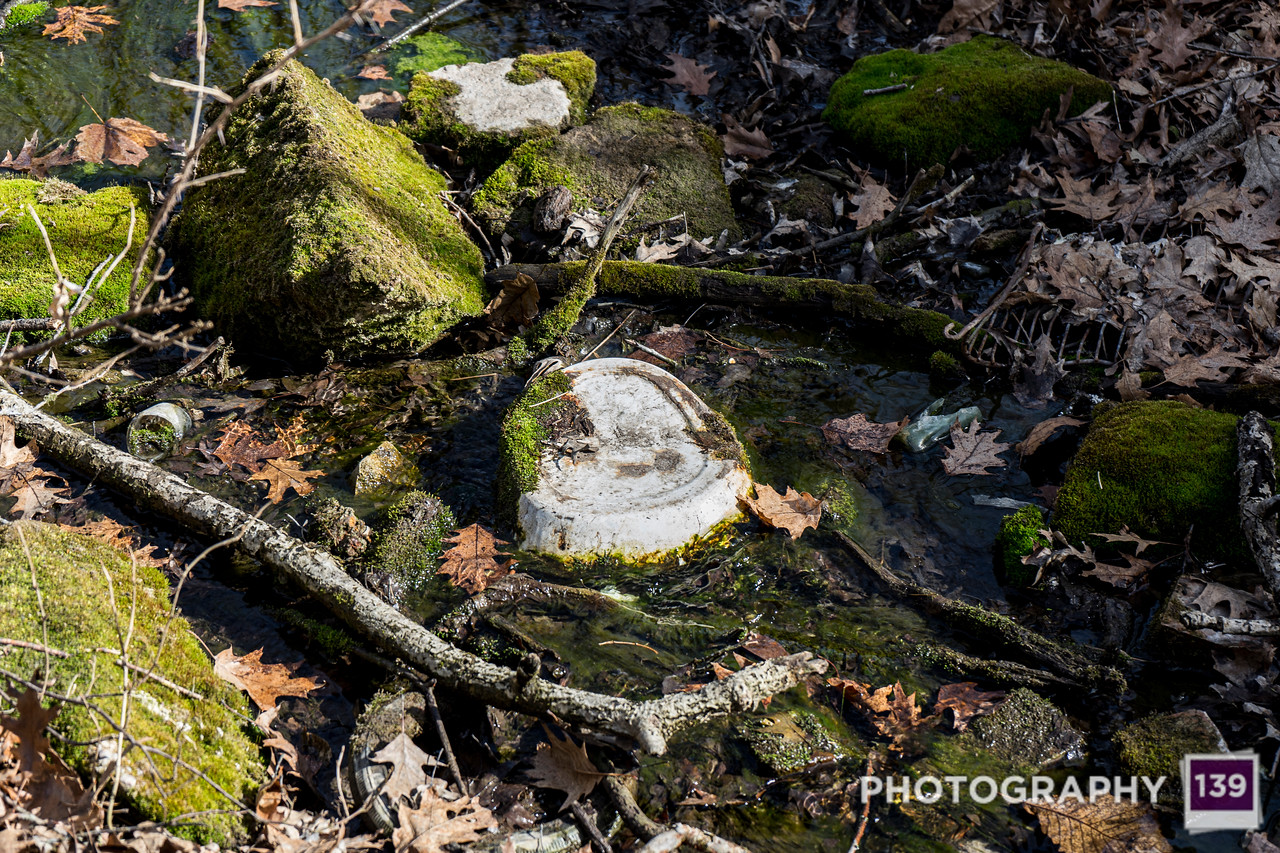 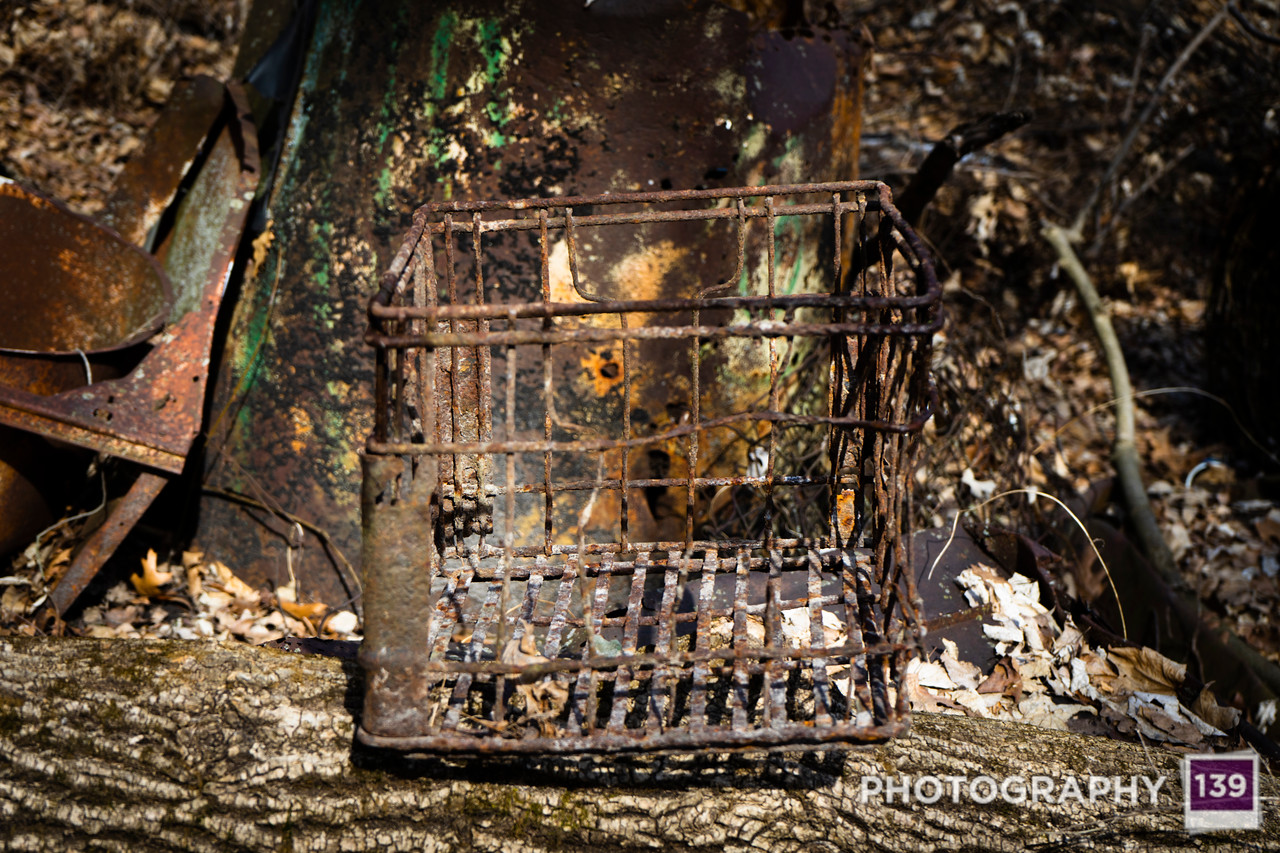 What looks like was an old milk crate is something that I could see my sister Carla using in decorating somehow. I thought about grabbing it for her, but I’m not sure what the legality is of just taking junk from a city park is. But I did put it in a place where I can find it if I decide to push the limits.

This is your reminder that this week’s WEEKLY PHOTO CHALLENGE theme is WATER: 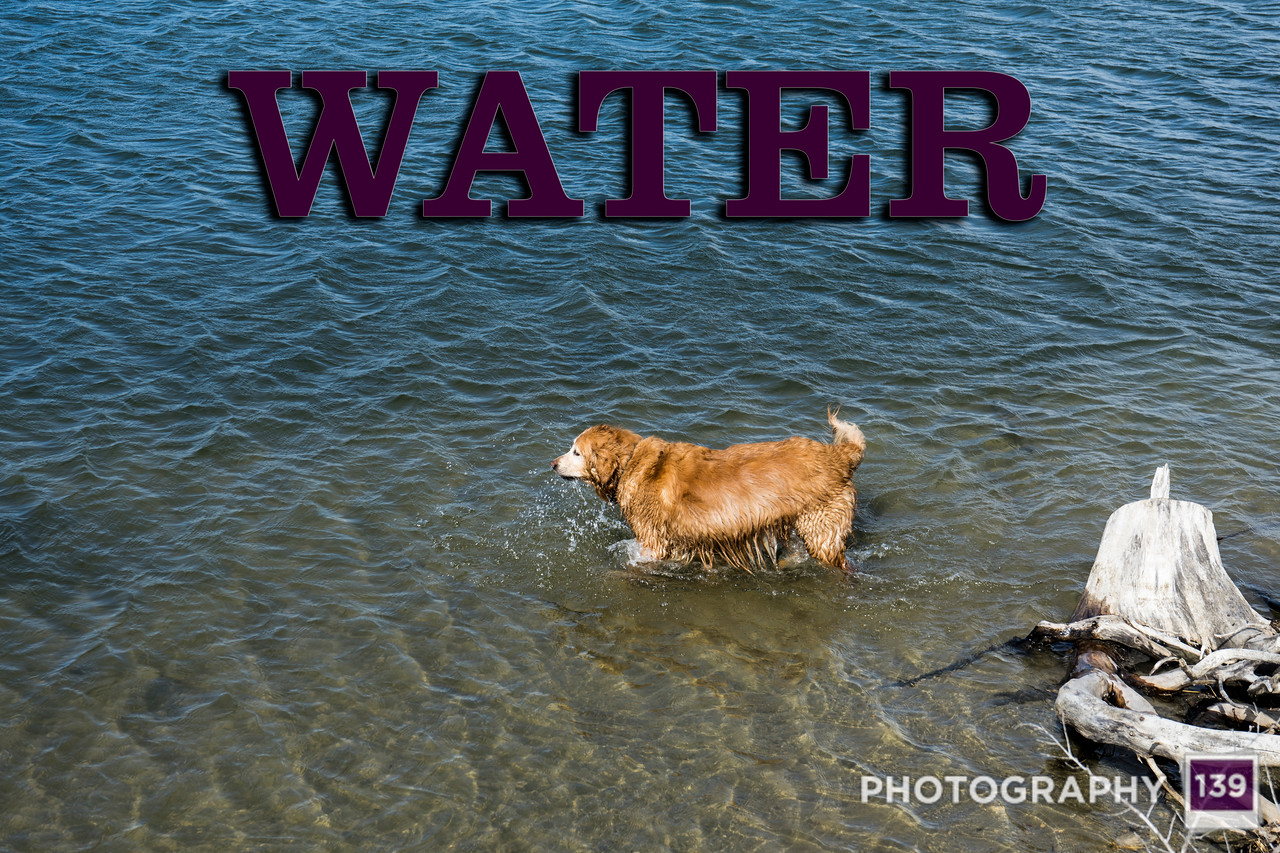 A WATER image is any image where WATER is an important part of the composition of the picture.