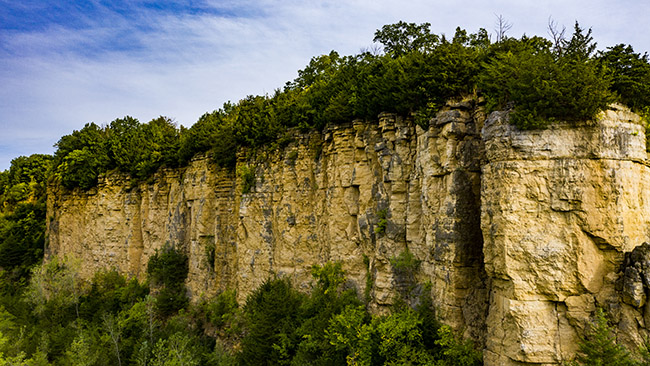 I suppose I should report on how I did on my vacation goals from last week:

1. I want to visit 5 state parks I have never visited. Including Mines of Spain and Preparation Canyon.
I DIDN’T EXACTLY HIT 5 STATE PARKS. BUT I DID HIT 3 STATE PARKS AND 2 STATE FORESTS. SO I’M COUNTING THIS IS AS A WIN.

2. I want to add at least 20 new signs to THE TOWN SIGNS PROJECT. A project I’ve mostly ignored this year, despite the fact that this would have been a good year to work on it.
I BELIEVE I GOT 21 OR 22 NEW TOWN SIGNS. SO ANOTHER WIN.

3. I want to finally meet Jen and Derrick’s dog.
I NEVER EVEN CONTACTED THEM. MY FAULT, BUT I’M LEERY TO ENTER THE COVID DRENCHED TOWN THAT IS AMES. PLUS I’M PRETTY SURE THAT DERRICK’S PHONE DOESN’T WORK.

4. I want to finally tackle those POSTCARD PROJECT pictures that I have put off for like 3-4 years now.
I TACKLED ABOUT 5 OF THESE. SO WIN.

5. To play with a new lens I hope to purchase between now and then, but the verdict is still out on what new lens I’m going to purchase.
OH YEAH. DEFINITELY PLAYED WITH THAT LENS. PROBABLY A REPORT ON THAT LATER THIS WEEK.

6. Take some near full moon photography. The next full moon is September 2. Which is a Wednesday. But I figure there will still be plenty of moonlight left on September 4.
ANOTHER FAIL. IT WAS TOO CLOUDY ON FRIDAY AND SATURDAY TO TACKLE THIS. AFTER THAT, THERE WASN’T ENOUGH MOON. NEXT FULL MOON IS OCTOBER 1. THAT IS A THURSDAY, WHICH ALL OF A SUDDEN IS SEEMING LIKE A REAL GOOD REASON TO HAVE A 3 DAY WEEKEND.

4 out of 6, I’ll consider that a success. There were a couple other failures out there, that weren’t stated goals. I wanted to go to Pike’s Peak State Park, but I cut my Monday road trip short because Naima hurt her leg the night before, so I felt it was best to get back early to check on her condition. She might have been milking it as she seemed fine by 8 PM Monday night. But probably not.

I also wanted to take Rodan139 out to the High Trestle Trail Bridge again, but it rained about every day of my vacation. So that didn’t happen. It’s all good though.

I did make accomplish my number one goal from the week though. That was visiting Mines of Spain. I was originally going to do this on Tuesday, but I ended up going on Labor Day so that Teresa and my Mom could go. I didn’t want to get stuck in a State Park with a ton of people, plus I wanted to get there with some good soft morning light. This meant leaving at 5 AM. My sister and Mom didn’t seem to understand that I was serious about this, until I showed up at their door at 4:55 AM.

I’ll go into more details about that trip later, but here are some pictures from Mines of Spain taken by Rodan139. Mostly at Horse Shoe Bluff, but also around the Julien Dubuque Monument: 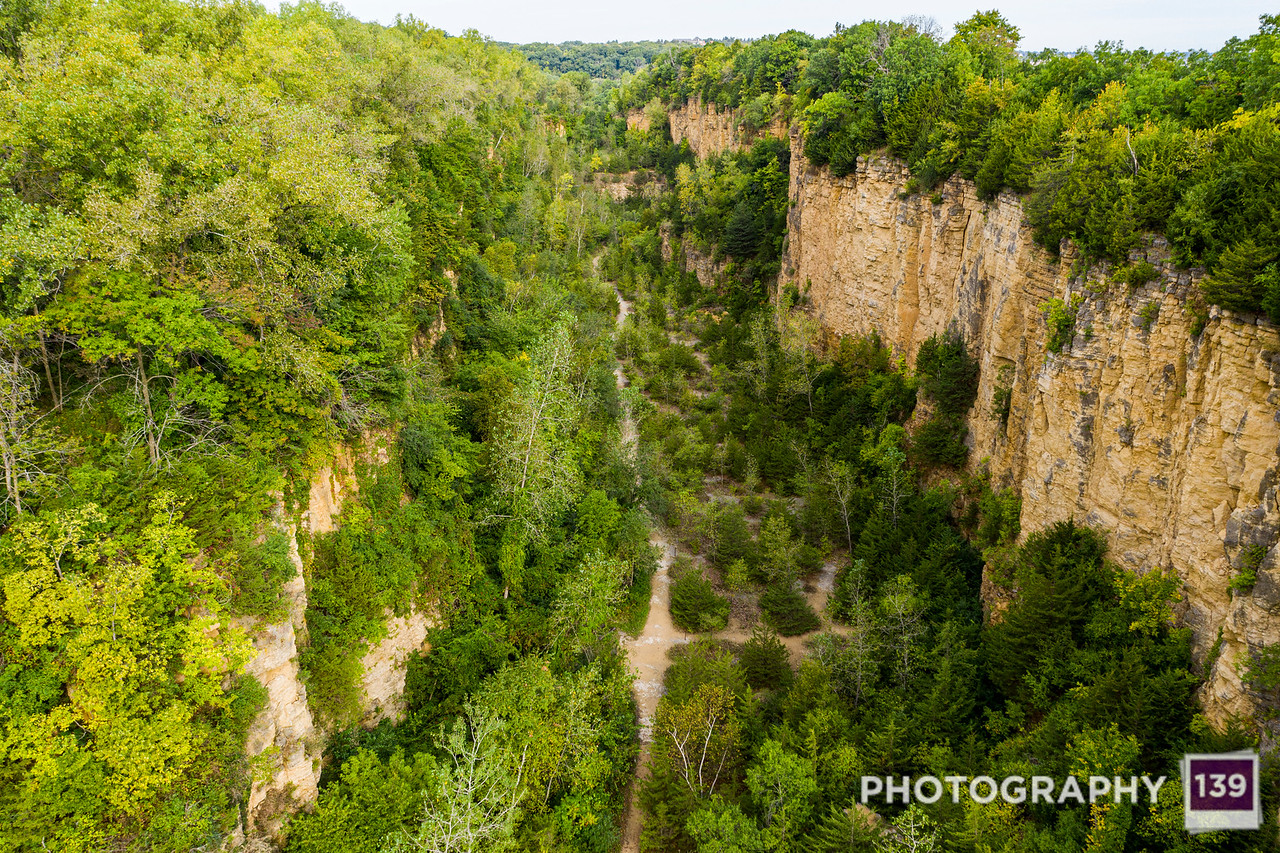 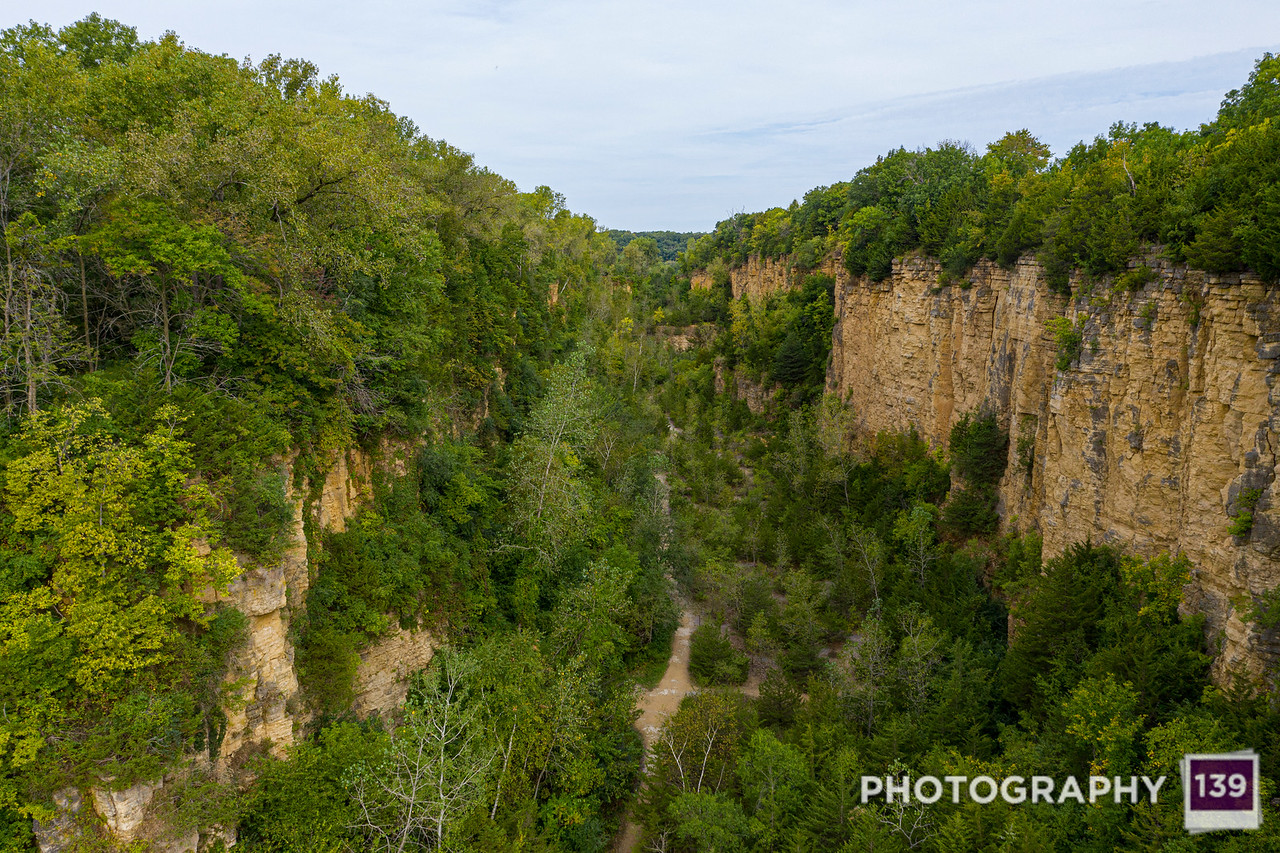 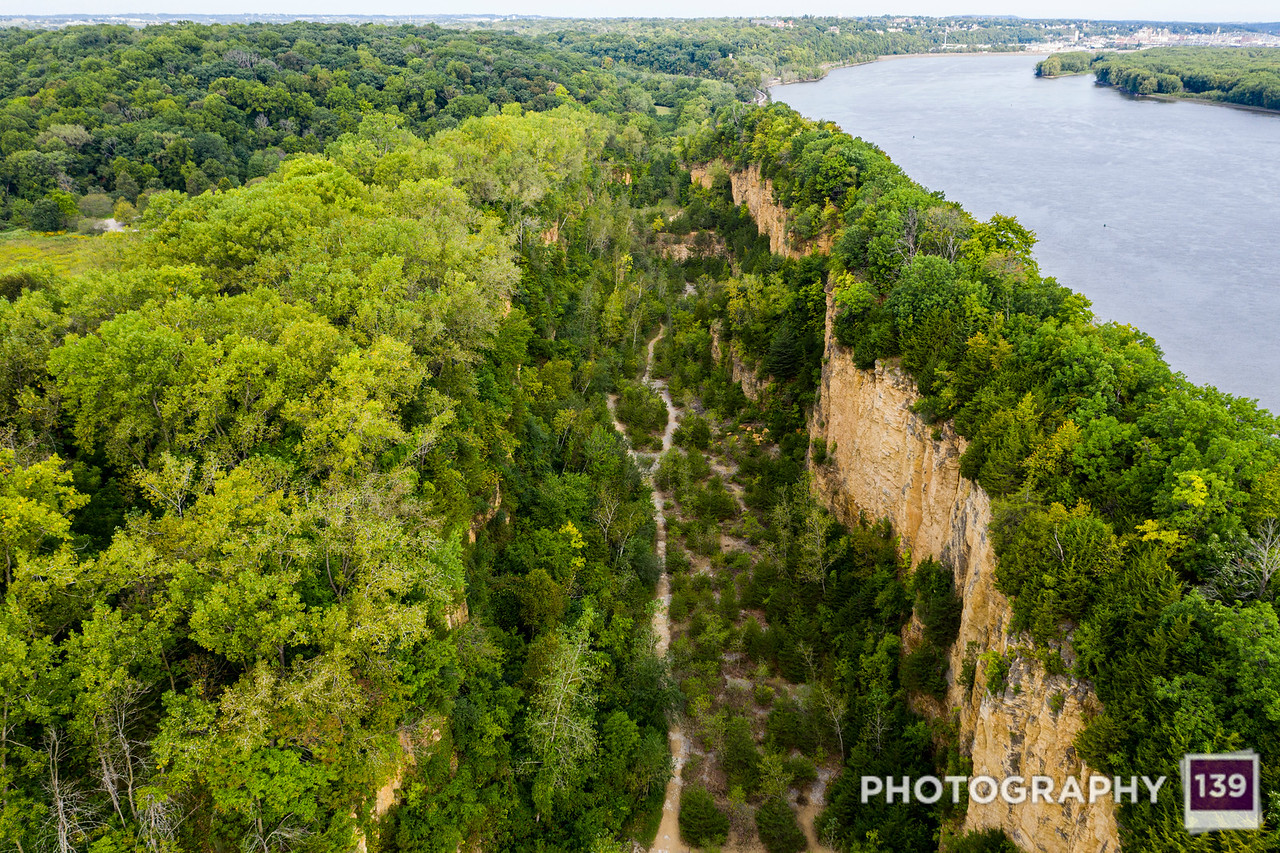 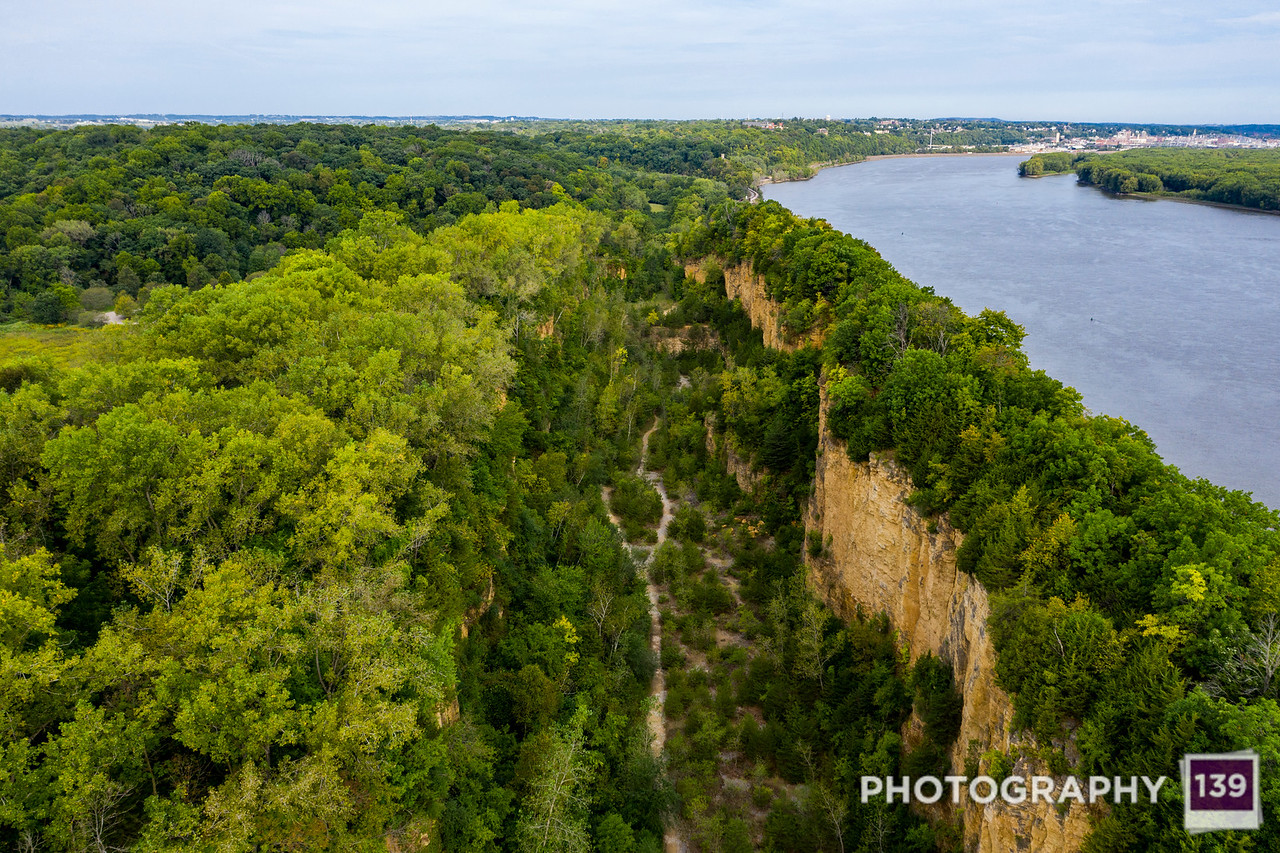 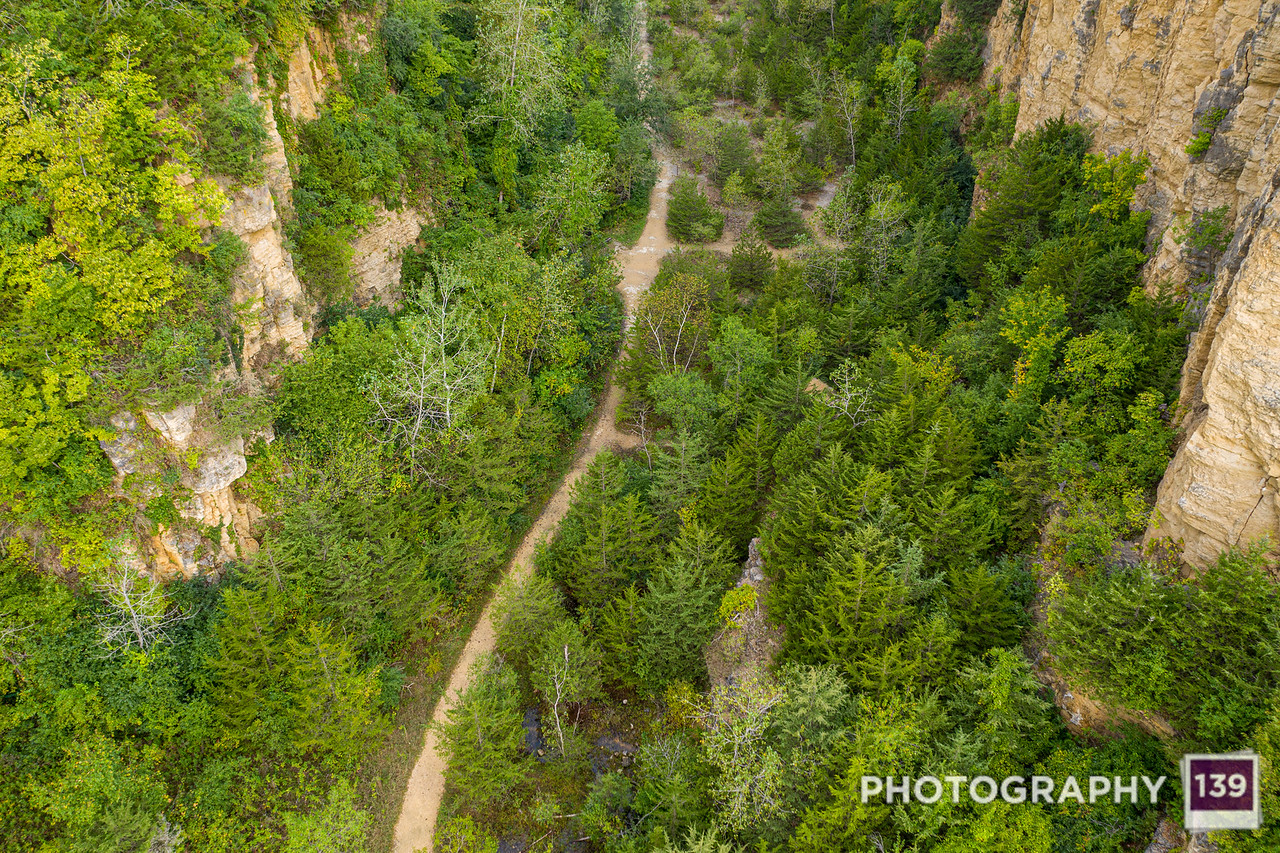 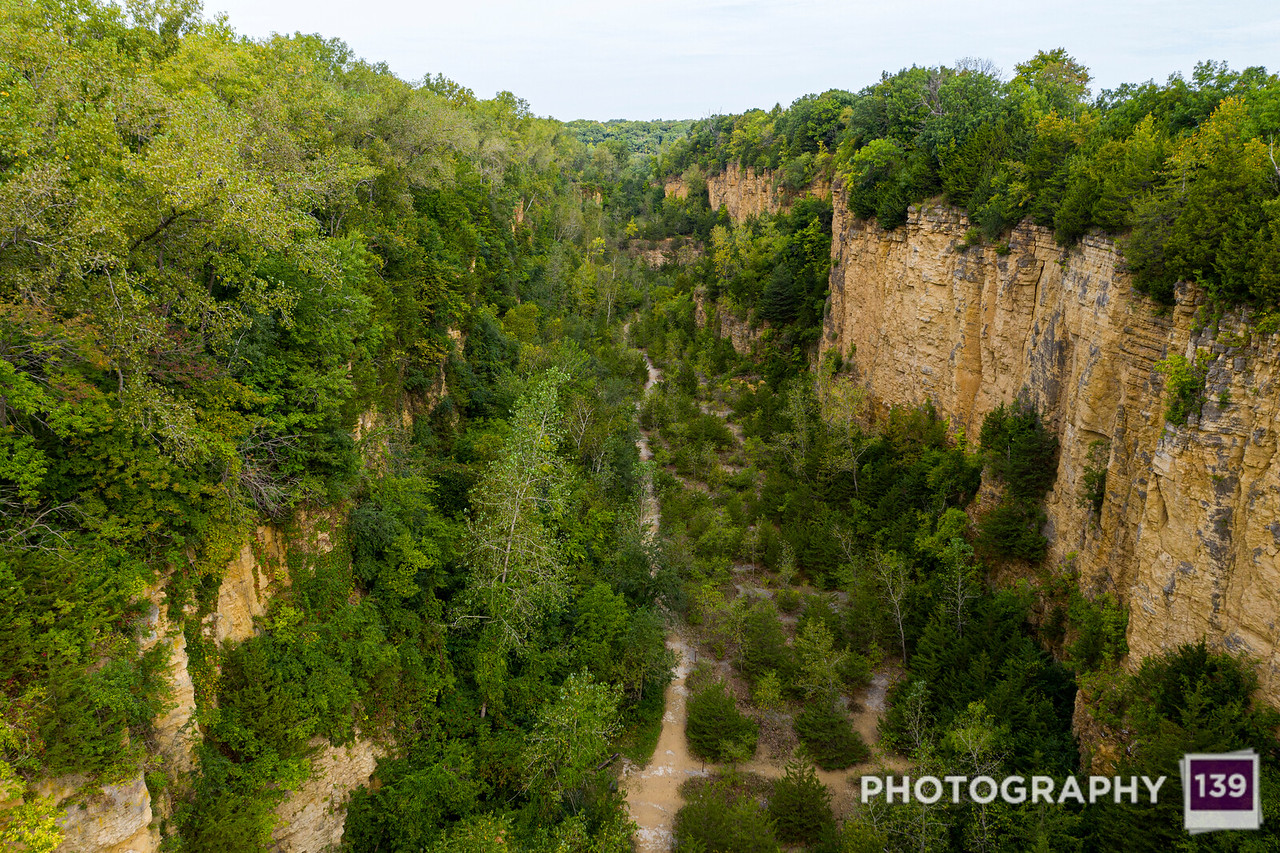 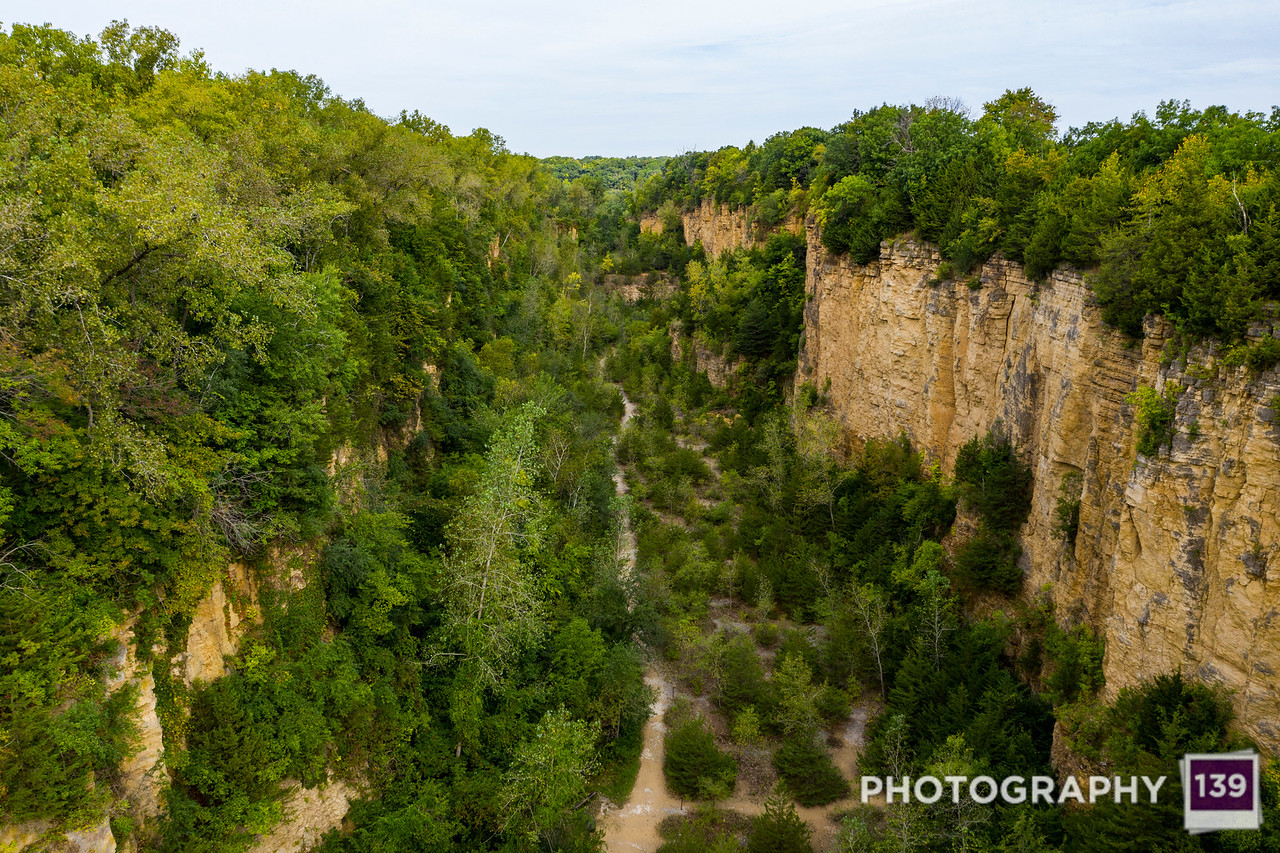 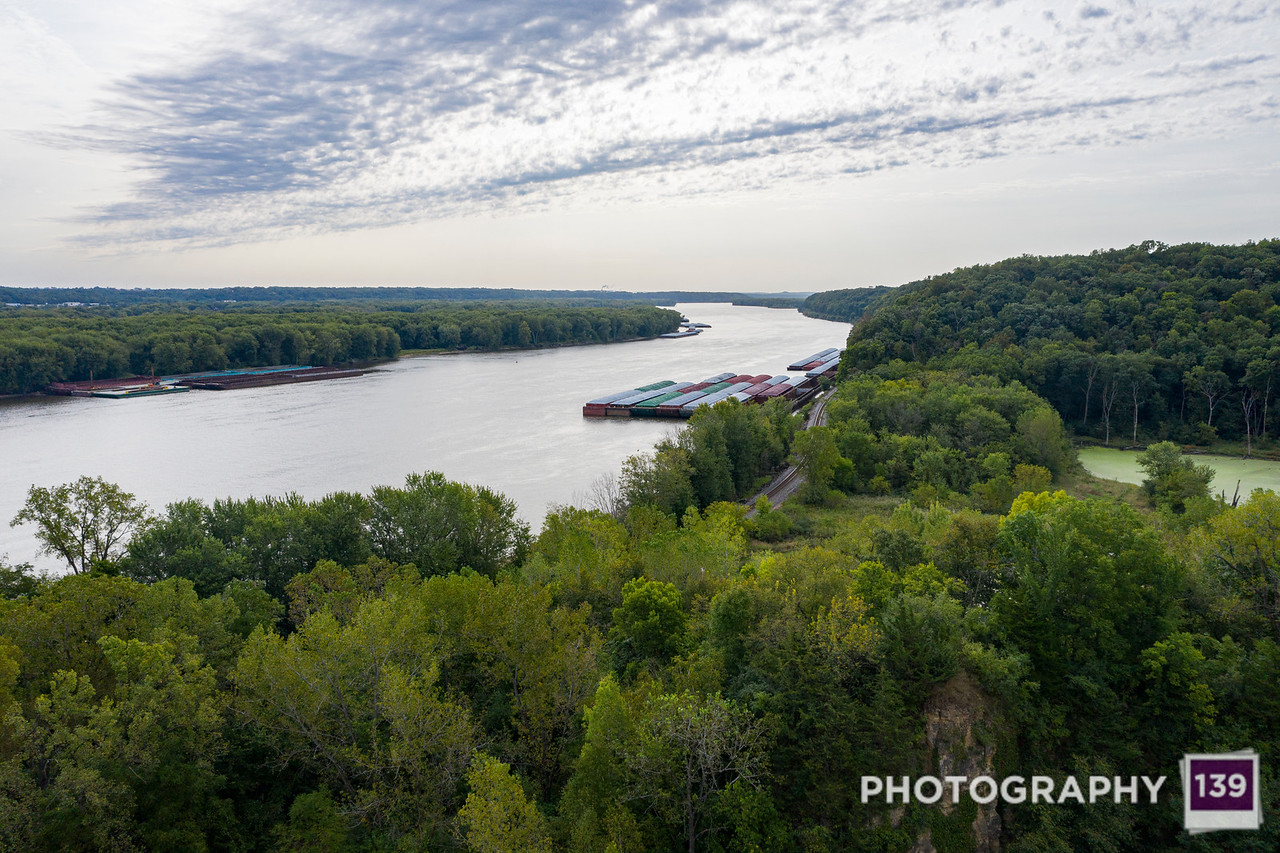 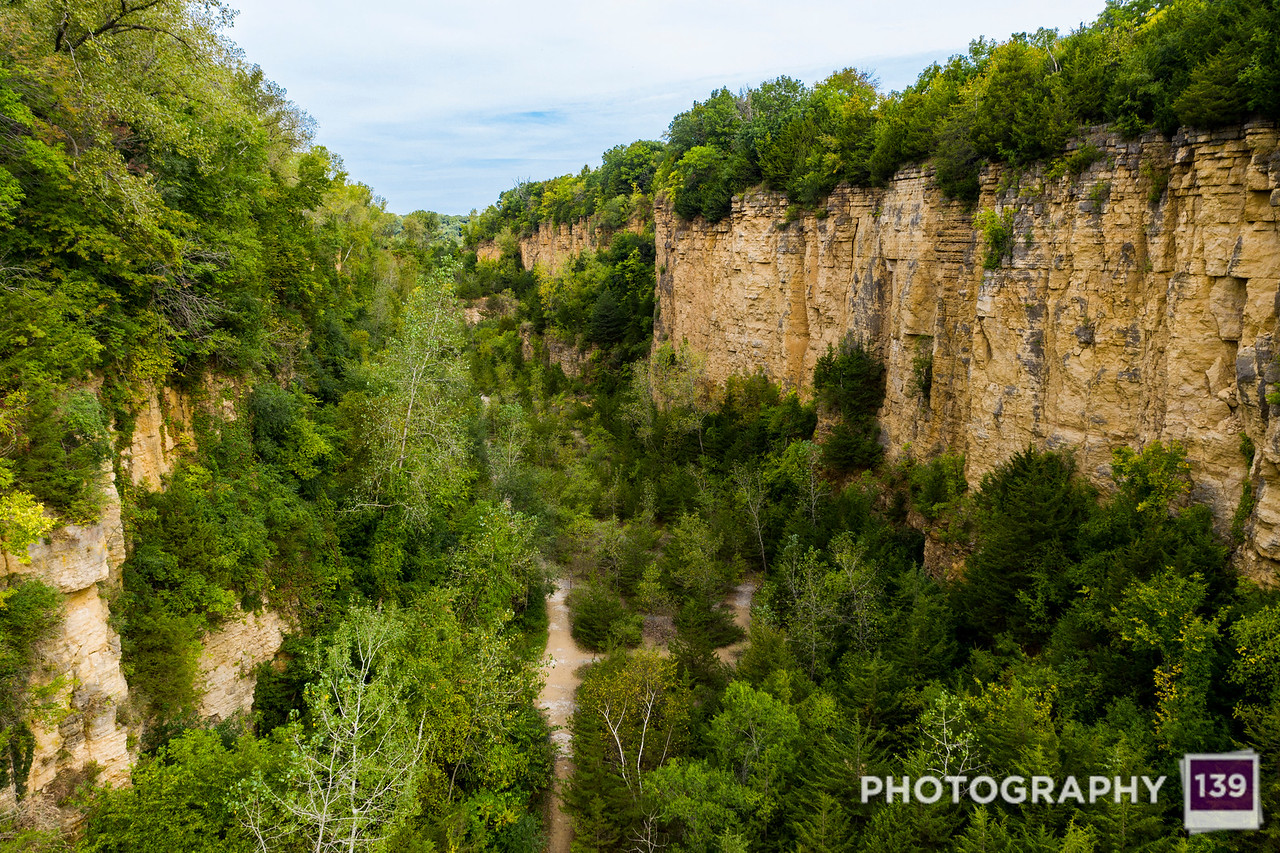 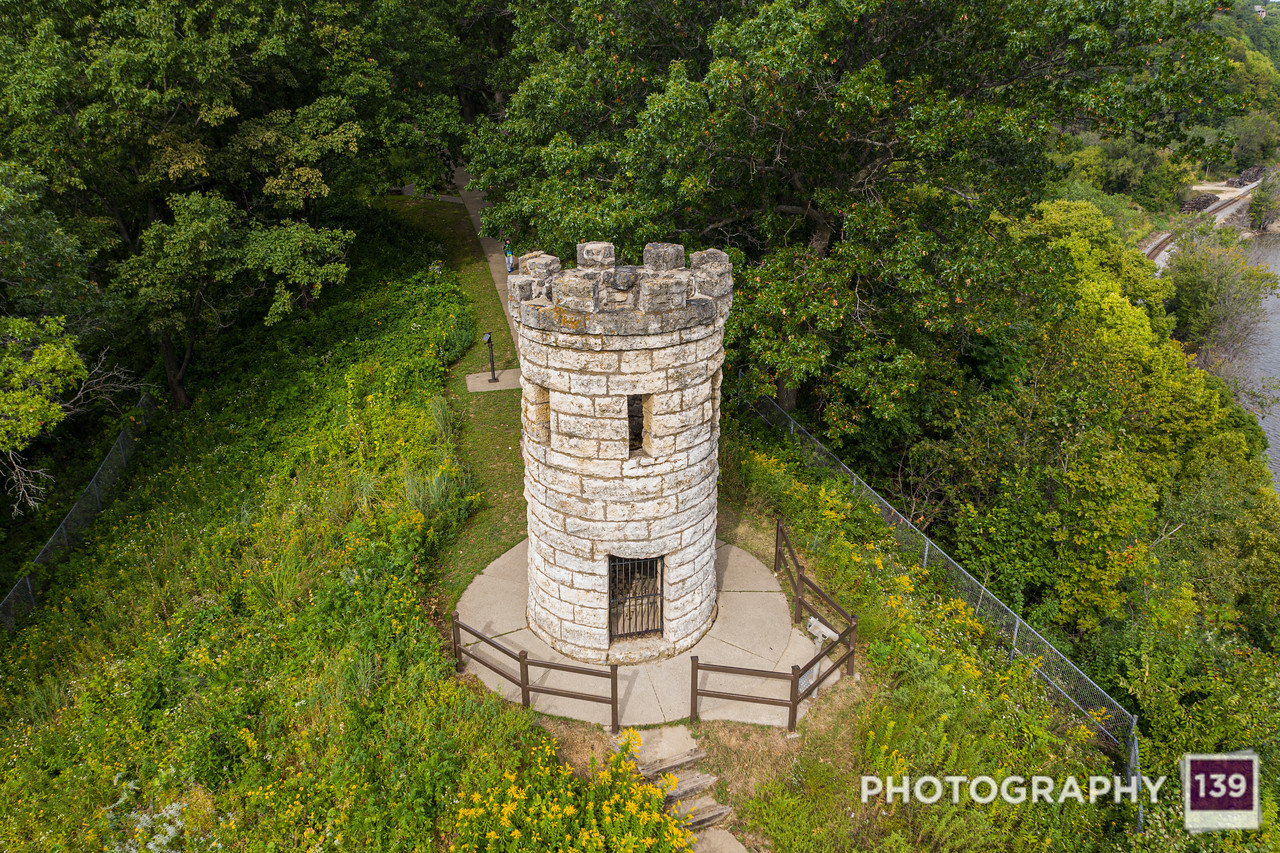 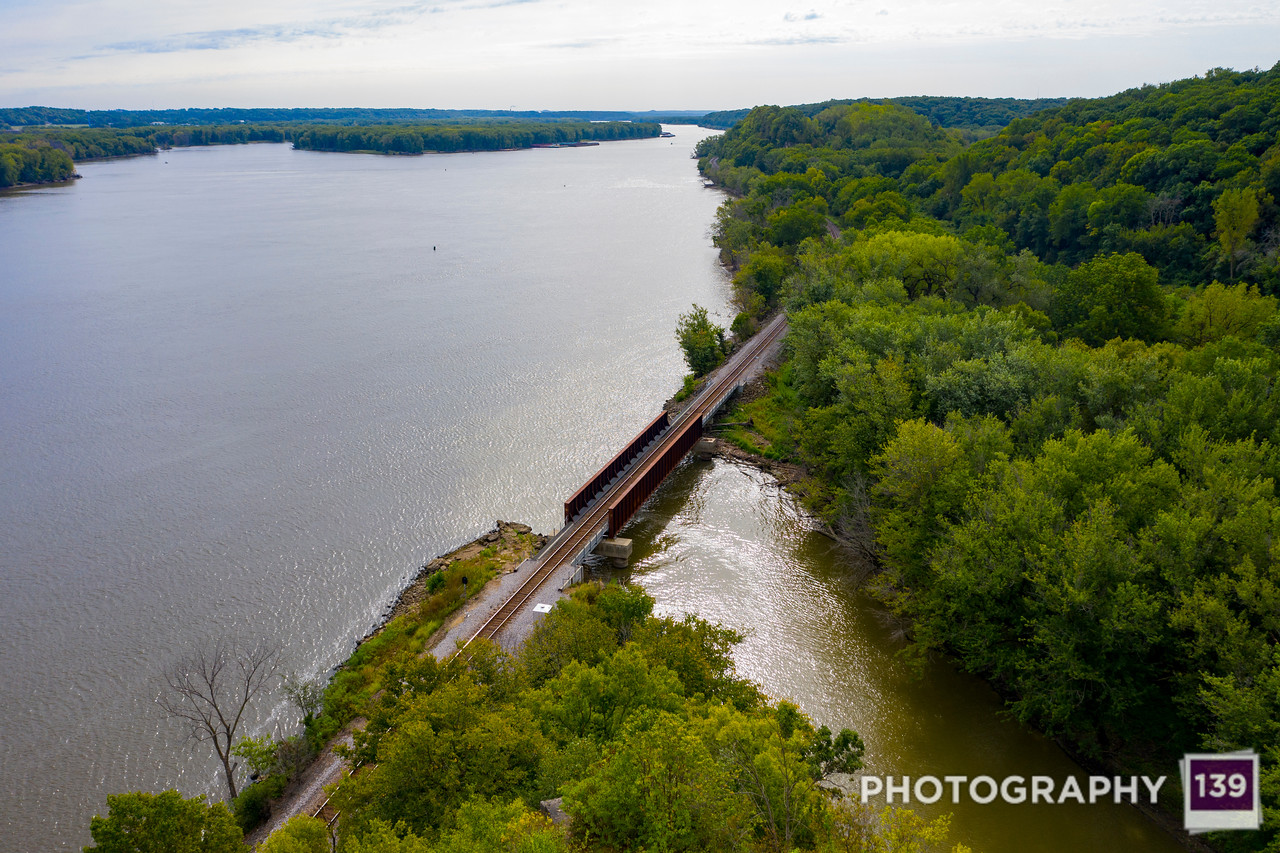 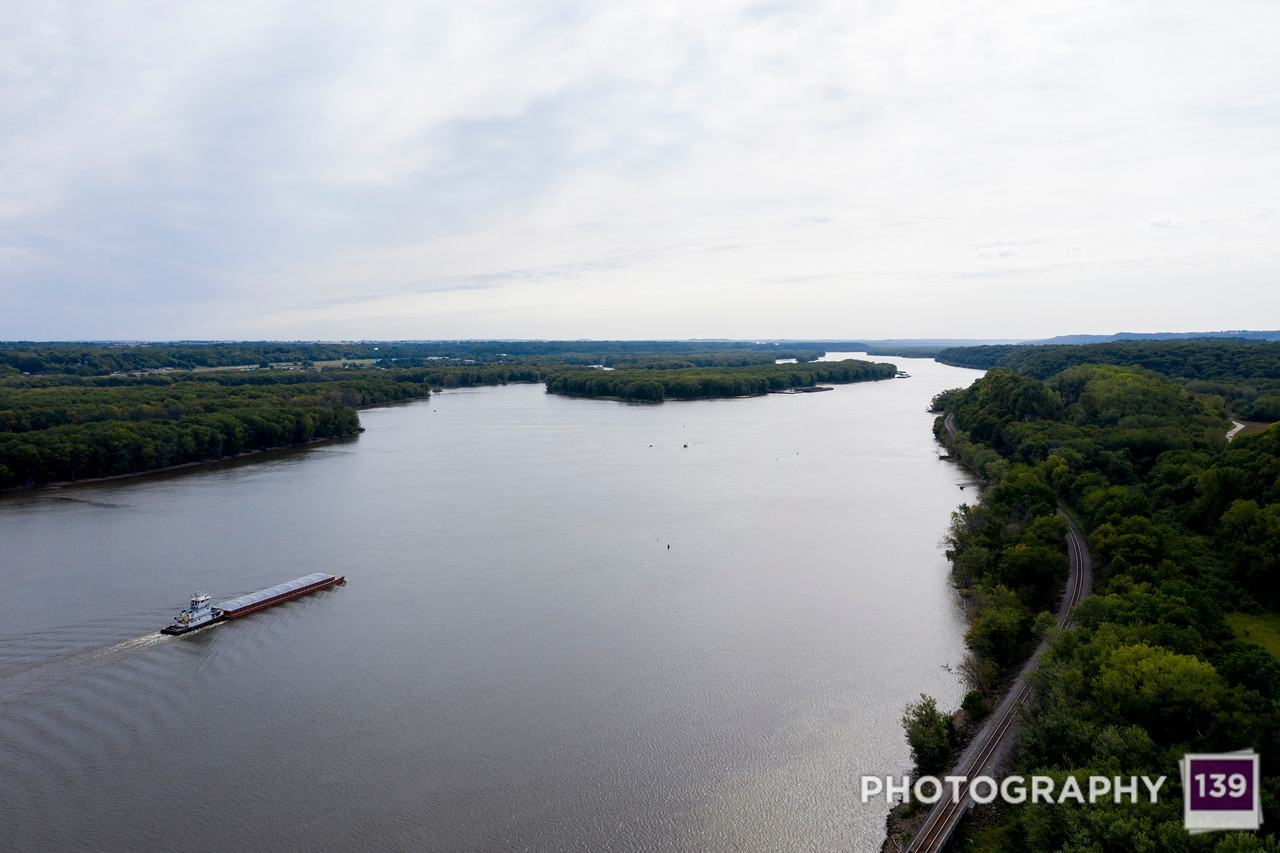 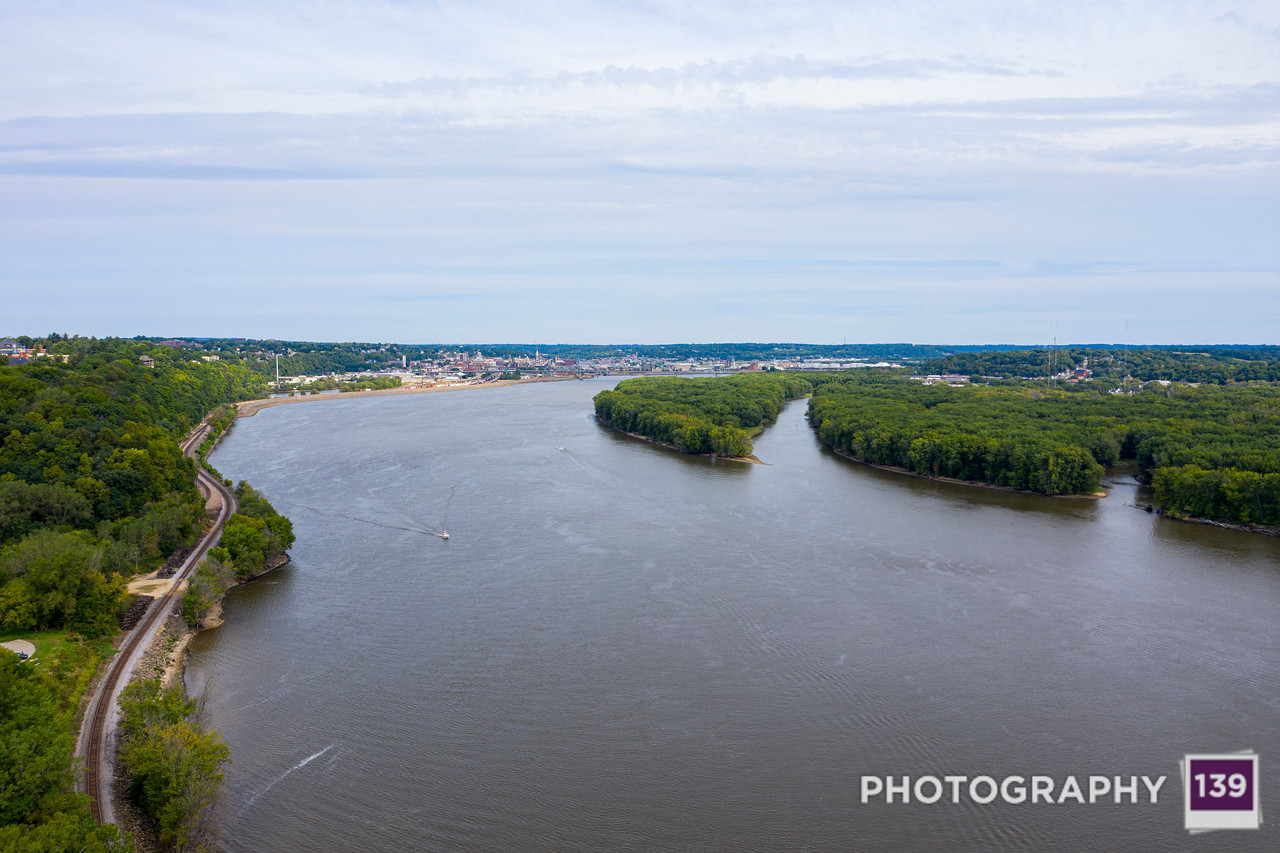 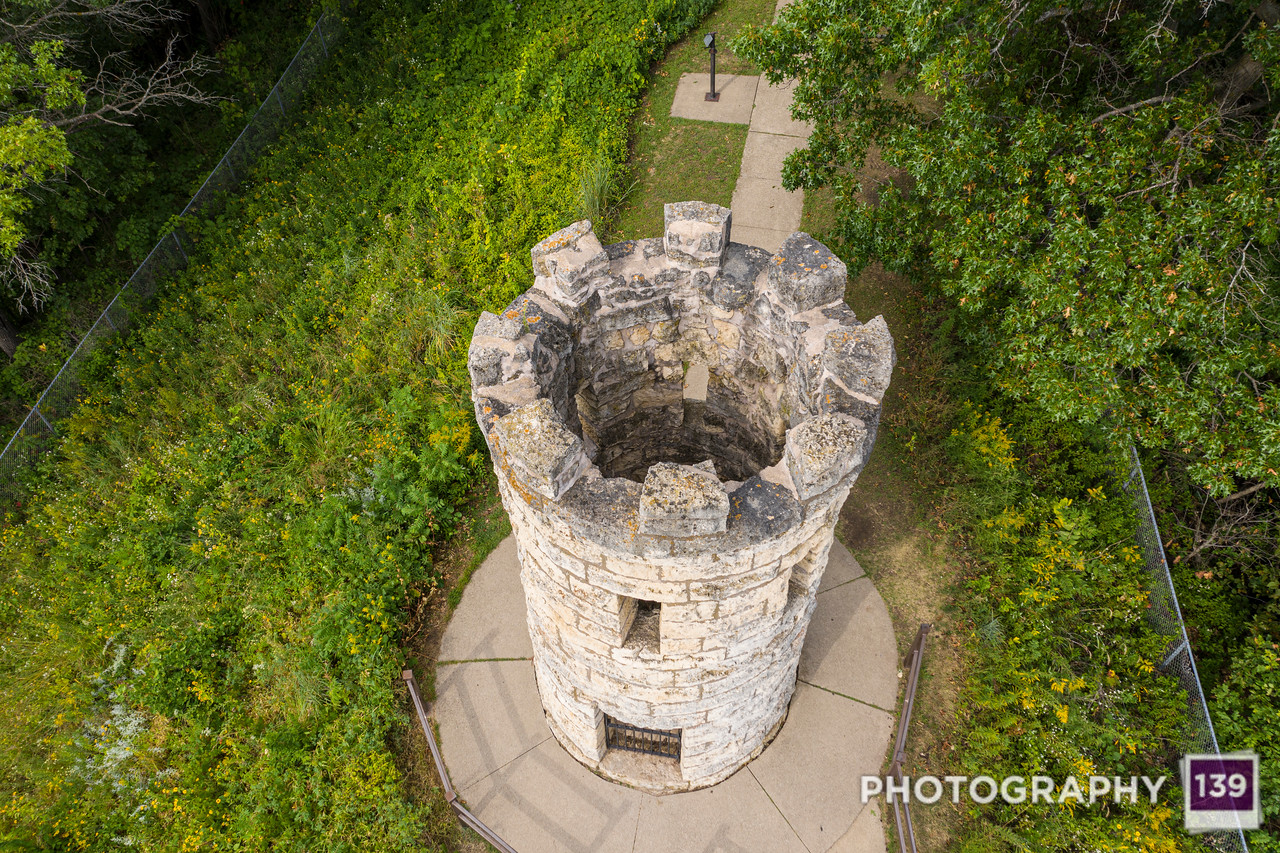 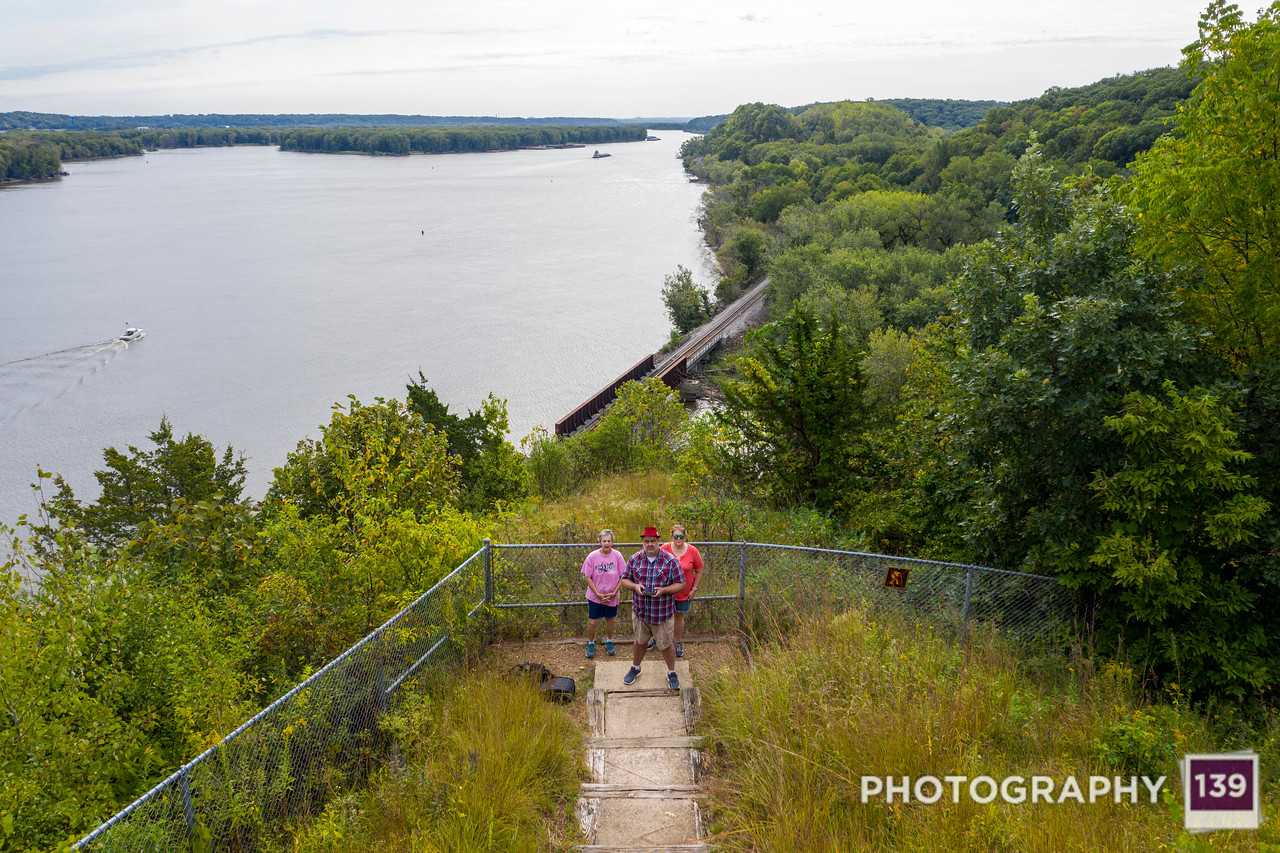 I will definitely need to visit this park again. I considered this a good scouting trip, but now I have more ideas of how to best drone photograph the park.