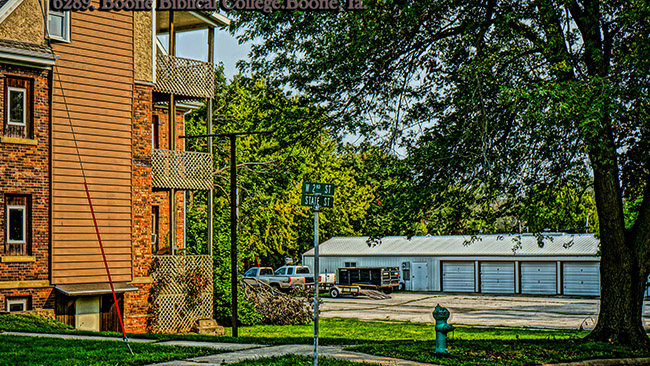 I would understand if people were somewhat disappointed with these POSTCARD RECREATION PROJECT images. Because, spoiler, the building in these postcards that I recreated doesn’t exist any longer. It was demolished a long time ago. This won’t be the last time this happens. I mean, just wait until we get to the Holst Hotel images…

Crawford Hall, the other remaining building from the Boone Biblical College’s heyday was sold recently. I think that somebody is turning that into apartments, but that is at least 35% conjecture.

There is also a Boone Biblical College Cemetery, but it isn’t accessible by road and is on private land, therefore I have never seen it.

The only other things I can really tell you about the Boone Biblical College is that they used to have a good sized orphanage, they were given the old courthouse when Boone County decided to replace the courthouse, and they used to run a local radio station with the call letters KFGQ, which is where I used to listen to the radio show “Unshackled”.

I struggled with this postcard because the building in it doesn’t exist any longer. It took me longer than I care to admit to figure that out. There is a building that still stands that looks similar and I thought that was it for a period of time. Obviously modified over the years, but the same building. However after examining some maps and pictures from a series Boone News Republican articles by Ed Mondt, I figured out first, that this building no longer exists and then after further examination, where it once sat.

I sepia toned my image to give it an older look to it.

The original Boone Biblical College Building was on the southeast corner of West 2nd Street and State Street. I’m not sure when these postcards were made, but it was definitely before 1915, because some of those Ed Mondt photos I found were dated 1915 and the building that still exists are in those photos.

Here are some of those images:

From 1915. You can see the existing building in the picture. 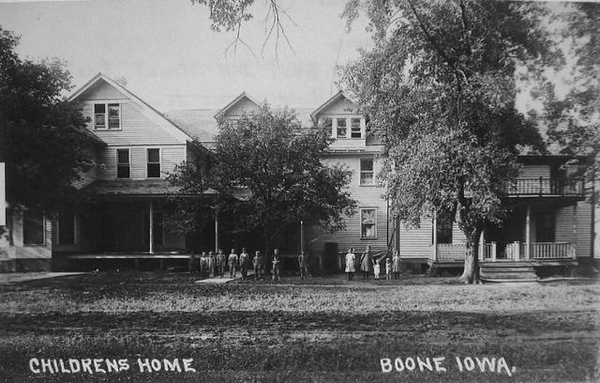 A picture of the Children’s Home, which I gather was an orphanage. This building also no longer exists. Seems to be an empty lot now.

This map of the Boone Biblical College complex is from 1916. You can see where the orphanage was located. Where they put the old courthouse and where their church was located. There is still a church there, but it is not the same building.

The Boone News Republican article isn’t clear whether or not this map is from 1925 or 1950. But you can see the orphanage is now a Boy’s Home. There is an Infant’s Home and a new Girl’s home. The building that would become Crawford Hall and is still standing.

I include this picture because you can see the old courthouse in the background. 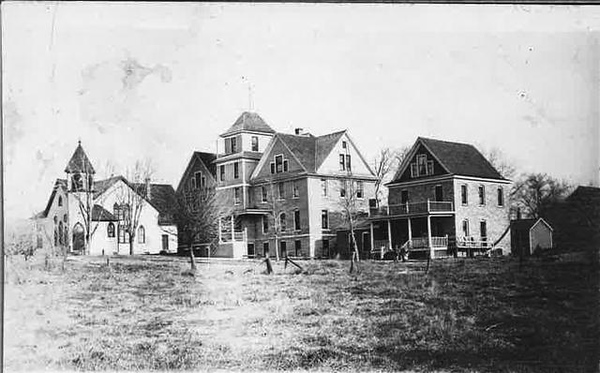 I feel like this project is going to cause me to join the Boone Historical Society. Which is okay, now that their reputation has been restored, it seems.