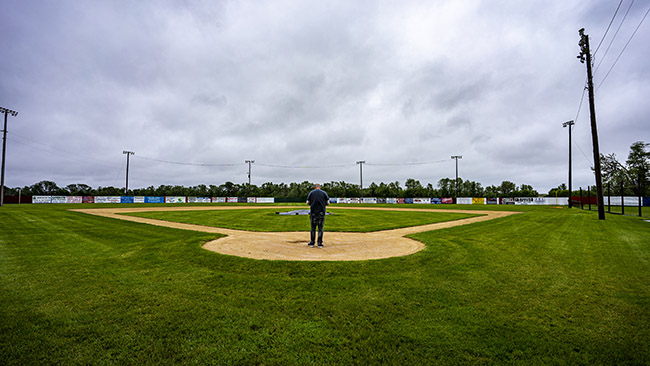 Today I’m sharing the balance of the images from when Jesse and I drove around Benton County and harvested their town signs. But first I want to share another bit of family history that I found amongst the genealogy papers when we’ve been going through stuff at my Mom’s house.

I think this episode of family history is called, Grandpa Bennett goes Straight Gangsta on a Teacher.

History of the Elegy Poem

This Elegy poem was written by John W. Bennett in 1920. The poem was sent to his teacher named Mr. Jefferson. The reason for the poem goes like this:

First, J.W.B. had received an “A” on a Sociology test from Mr. Jefferson. Later the teacher wanted him to do some errand or problems he had done before. They got in an argument over this and John refused. The teacher took away his A and told him he would not graduate unless he would apologize. John wen to the principal and found out he could graduate without this credit. He never returned to class, but sent this poem to Mr. Jefferson.

Here is the poem:

Do you really know what happened
Twas just the other day
Jeff got real kind-hearted
And in Sociology gave me “A”
But to tell the truth about it
It di me little good,
For he and his partners changed it
For the worse not for the good.
Poor old Jeff got real angry
But to me said not a word,
But let it in on the Juniors and Seniors
When he to them in a herd,
And he told them all about me
In that cowardly way of his,
And to them gave all my characteristics
When I wasn’t there to tell them his.
Oh! he told them how I needed
His old credit in Sociology,
But I’ve got along alright so far
And don’t need his help By Gee!
And when he leaves Old Luther High
Oh! won’t it be just fine
As I’ve got eight more just like him
And with him they just make nine
And he said to get back into his class
I would have to apologize,
But before I’ll stoop before him
He’d better grow in size
By J.W.B.

Here are the scans of the documents: 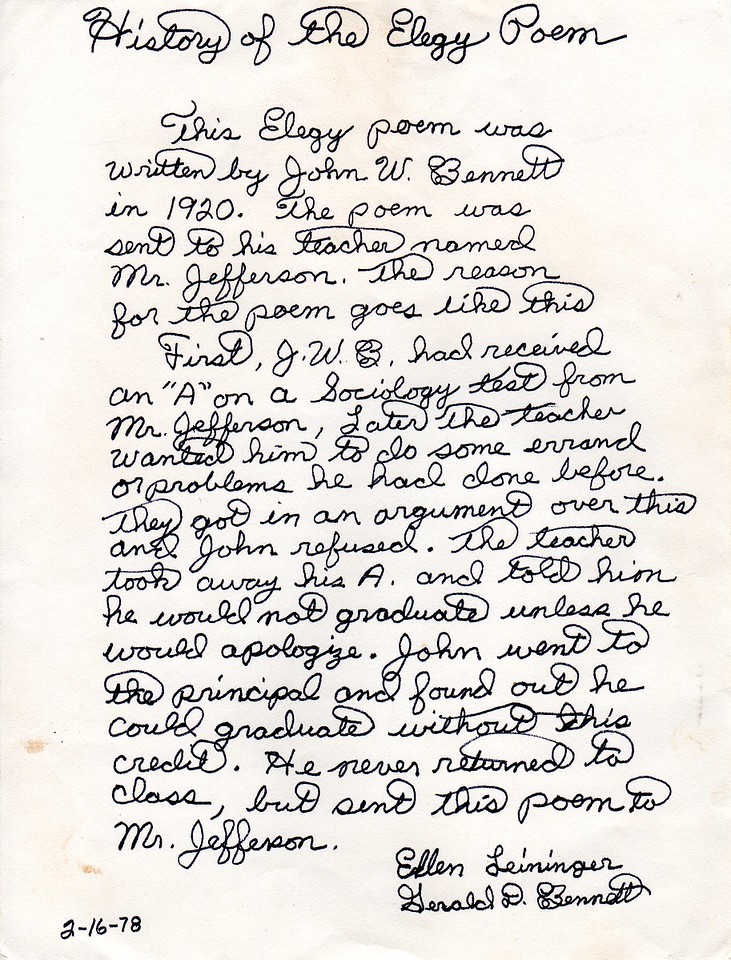 Here are the rest of the auxiliary images from Jesse and I’s trip to Benton County:

I love that the lights are inside the fence.

I want to eat here someday.

The Jumbo Well was a well that was once considered “The Eighth Wonder of the World”. The short version of the story is that they drilled a well in Belle Plaine into and they hit the wrong part of the aquifer and they couldn’t stop water shooting out for fourteen months. The well shot out water at 3,000 gallons of water per minute.

Here is a little interesting tidbit on the guy who dug the well and then promptly fled the town:

The town of Belle Plaine, Iowa, contracted a well digger from Monticello, Iowa, to drill an artesian well to provide water and fire protection to a section of the town. The sum of $175 was offered to “bring in” the well and work by William Weir and his sons began upon receipt. They were not strangers to the citizens of Belle Plaine for they had recently successfully drilled several other artesian wells in the same city.

What happened thereafter made the news, not just in Iowa but from coast to coast! The Belle Plaine artesian well erupted into a monster — more than 3,000 gallons of water per minute boiled into the streets, threatening to flood the homes and businesses in its path. Weir and his sons worked frantically to stem the flow and cap the well, until all their supplies were exhausted and darkness was falling. William Weir and his sons left Belle Plaine, presumably the terrified townspeople thought, to gather necessary material with which to stop the furious flow of water. Weir and his sons were never seen again in the town of Belle Plaine. Fourteen months and many thousands of dollars later “Jumbo” was brought under control by experts from as far away as Chicago.

By [the spring of] 1890 William was drilling in Cherokee, Iowa, so apparently the Belle Plaine disaster had not harmed his business. Custom at that time demanded the well digger must drink the first cup from any newly dug well. He honored this tradition, contracted typhoid fever, and died June 1890 of what was often called in those days, “the well digger’s disease.

The maximum flow of water is estimated to have been at 5,000,000 to 9,000,000 gallons per day. This enormous flow of water caused the surrounding wells to stop flowing. The attempt to control the well continued from August 26, 1886 to October 6, 1887 when it was finally accomplished. The well was finally tamed by sinking one large pipe with a smaller one inside it, the space between was caulked, and the outside cavity filled with rock and cement. A granite marker now identifies Jumbo at the intersection of Eighth Street and Eighth Avenue, Belle Plaine, Iowa.

Unfortunately, I did not get a picture of the rock, but I’m sure I will go through Belle Plaine again on a future town sign harvesting trip.

We also harvested the towns of Poweshiek County on this trip. Those pictures will be shared in a separate entry.