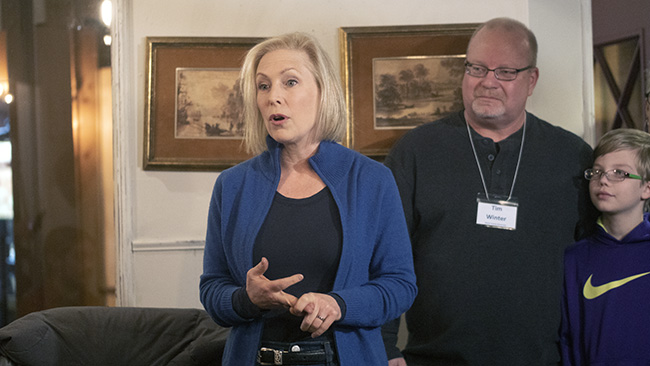 I have a personal quest to meet, photograph, or see in person the politician that will take office as the next President of the United States in 2021.

In my quest I will try to see every (major-ish) candidate seeking the nomination of the Democratic Party. This quest could take some time as there will probably be at least 20 candidates.

The good news is that I have until February 3, 2020 to complete my quest. That is the day that Iowa file into schools, courthouses, churches and wherever else to cast their vote to help decide their party’s presidential nominee.

It gives Iowa an importance in our democracy that it quite frankly doesn’t deserve. Iowa’s populace isn’t a reflection of the demographics of the nation at large. Iowans are substantially older and substantially whiter than the rest of the country.

Iowans certainly aren’t the smartest in the country as we have consistently sent white supremacist Steve King and doddering old dementia case Chuck Grassley to represent us in Congress for the last several years.

Whether it is fair or not, it is simply the way that it is for now. While Iowa doesn’t deserve its place in the pecking order, that doesn’t mean I’m not going to take advantage of it.

The first candidate I saw, photographed, and asked a question to was Kirsten Gillibrand. I don’t think I met her. I don’t think I shook hands with her. I didn’t get a chance to get my picture with her because I did 4 interviews while she was leaving.

I’m not an expert on Kirsten Gillibrand. I do have a leaning on whom I will vote for next February and it isn’t her, but going into this process, nearly everybody has a chance to earn my vote.

Gillibrand is a Senator from New York. She has been since 2010. Here is a little on her early life from the Wikipedia:

Kirsten Elizabeth Rutnik was born on December 9, 1966 in Albany, New York, the daughter of Polly Edwina (Noonan) and Douglas Paul Rutnik. Both her parents are attorneys, and her father has also worked as a lobbyist. Her parents divorced in the late 1980s. Gillibrand has an older brother, Douglas Rutnik, and a younger sister, Erin Rutnik Tschantret. Her maternal grandmother is Dorothea “Polly” Noonan, a founder of the Albany Democratic Women’s Club, as well as a leader in Albany Mayor Erastus Corning’s powerful political machine, which lasted for more than 40 years. She has English, Austrian, Scottish, German, and Irish ancestry.

During her childhood and college years, Gillibrand used the nickname “Tina.” She began using her birth name of Kirsten a few years after law school. In 1984, she graduated from Emma Willard School, an all women’s private school located in Troy, New York, and then enrolled at Dartmouth College. Gillibrand majored in Asian Studies, studying in both Beijing and Taiwan. While in Beijing, she studied and lived with actress Connie Britton at Beijing Normal University. Gillibrand graduated magna cum laude in 1988. While at Dartmouth, she was a member of the Kappa Kappa Gamma sorority. During college, Gillibrand interned at Republican U.S. Senator Alfonse D’Amato’s Albany office. Gillibrand received her J.D. from UCLA School of Law and passed the bar exam in 1991. 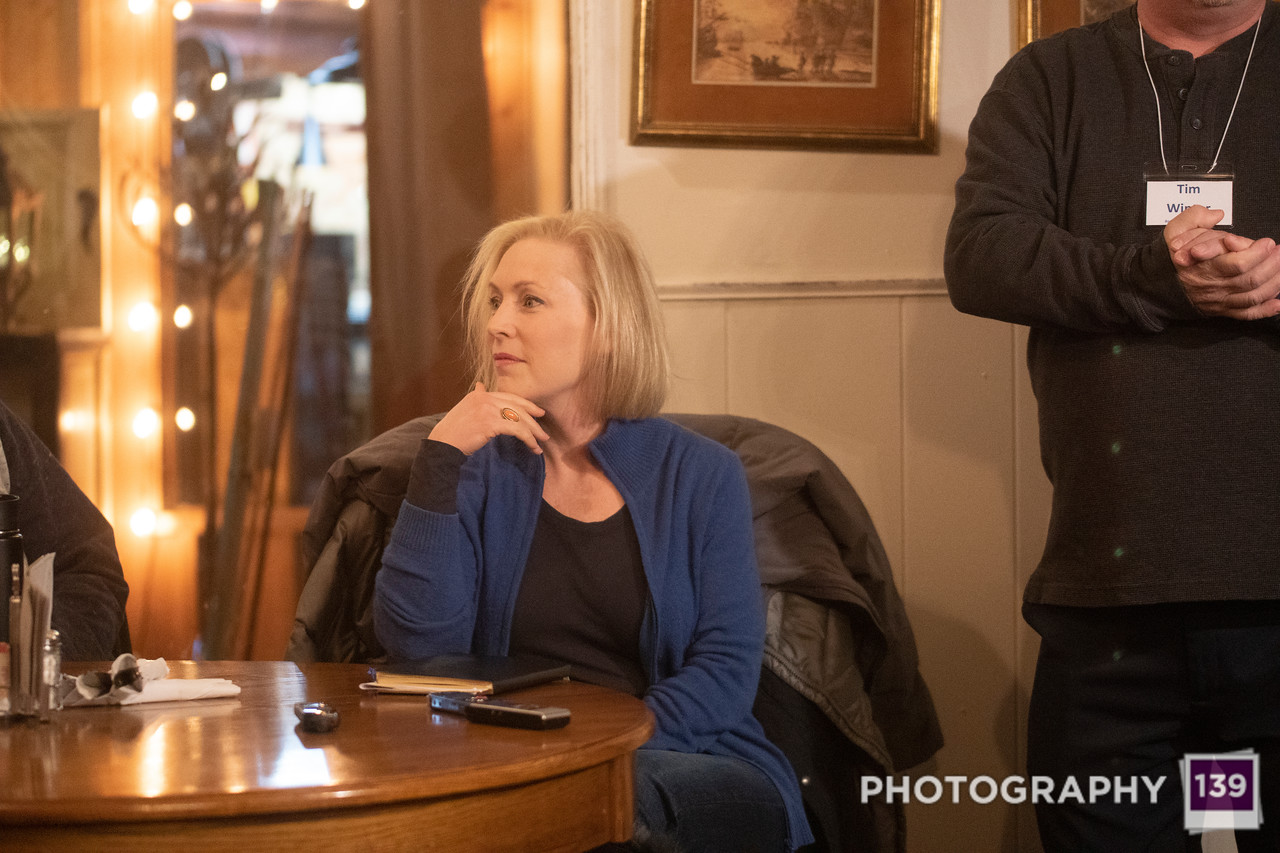 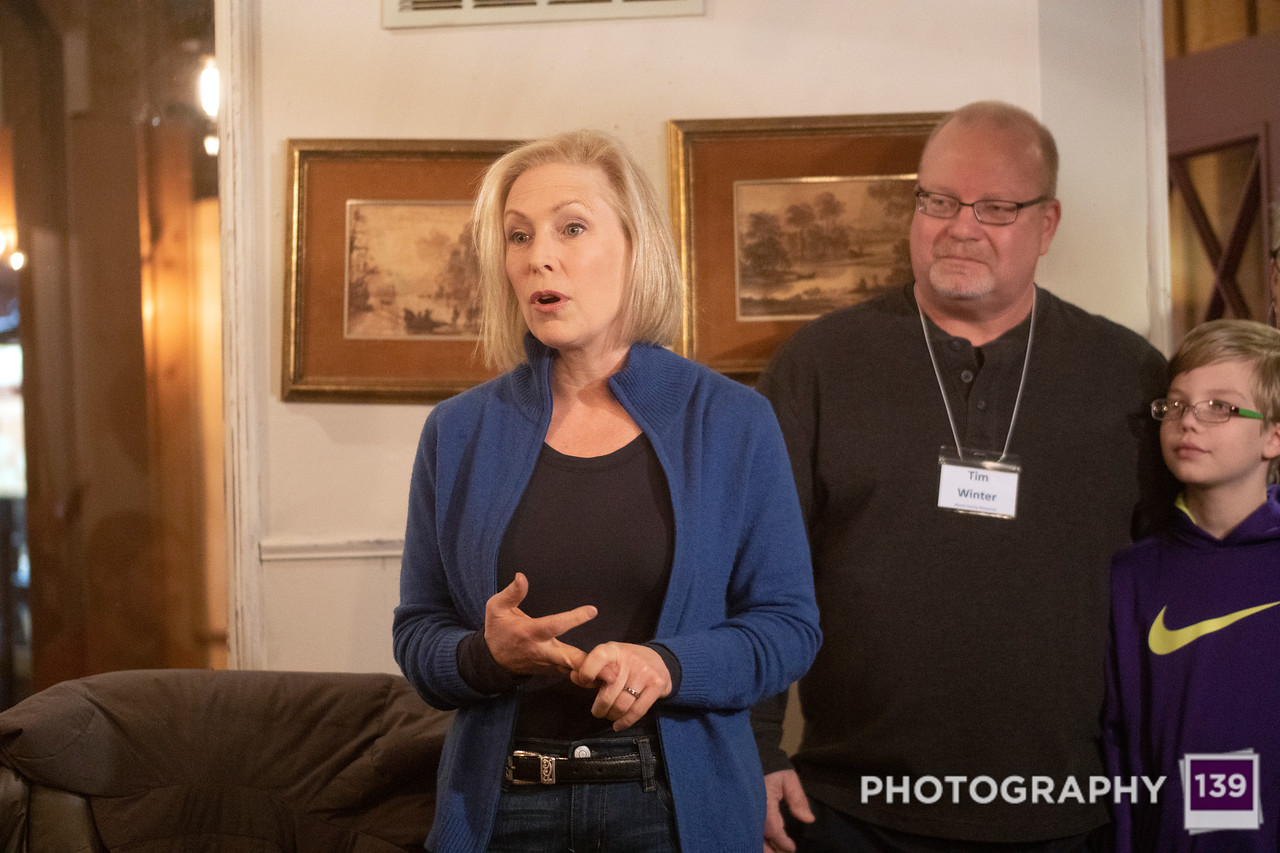 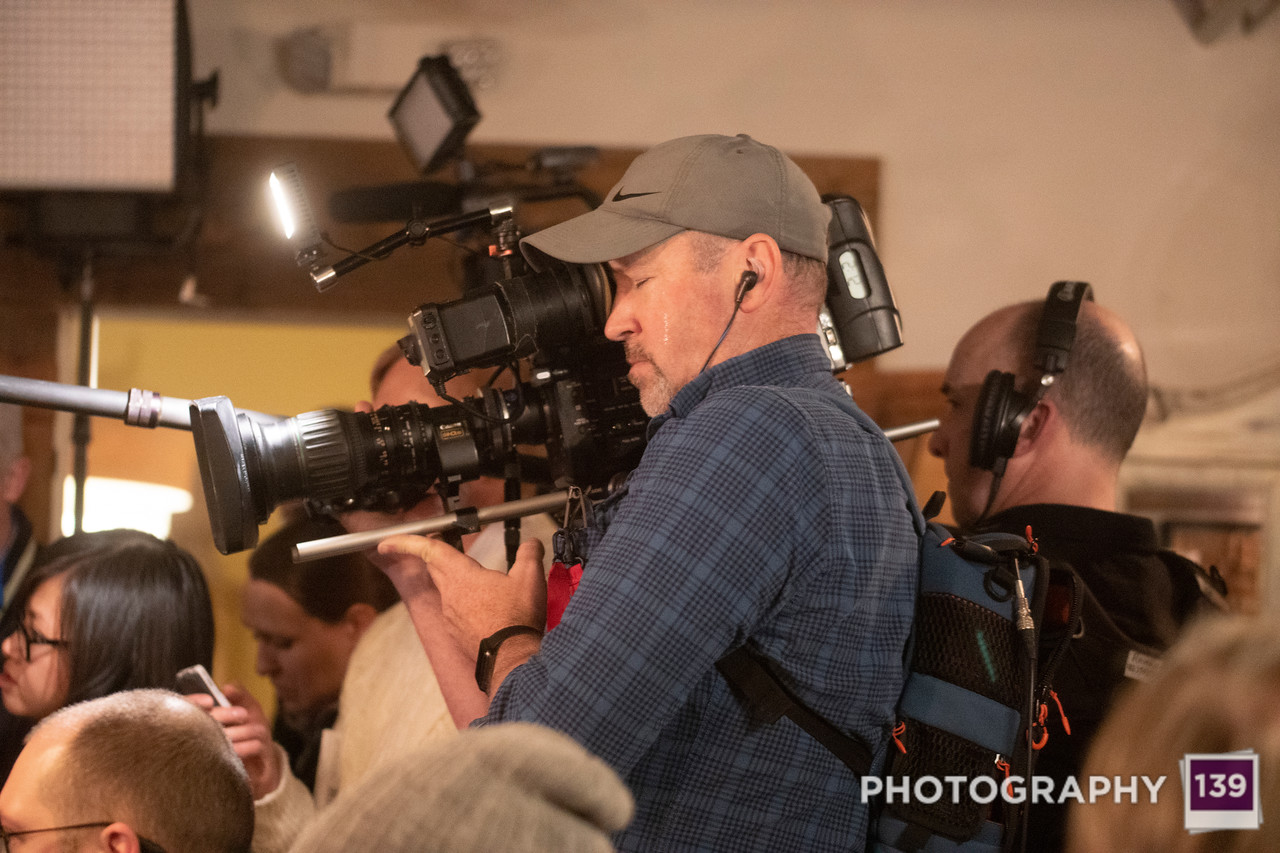 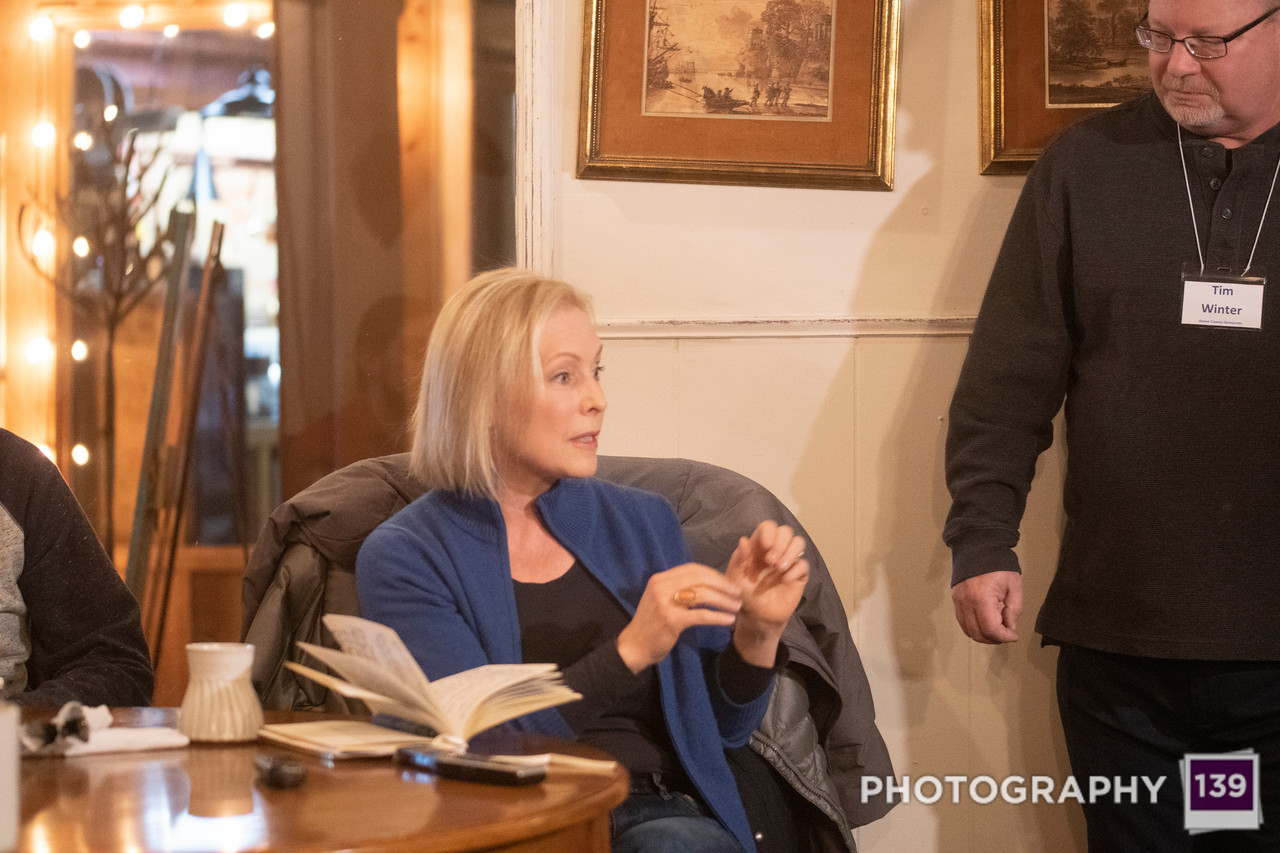 I got to ask her the last question. I asked her:

“Before we vote, there will be 20 or so candidates vying for the nomination. What separates you from the rest of the field?”

Because I asked this question I got interviewed 4 times. I was interviewed once by ABC before Gillibrand arrived. Then afterwards, I was interviewed by THE NEW YORK TIMES, WALL STREET JOURNAL, the newspaper from Buffalo, and a television station from New York.

While I was flattered by the media attention and tried my best not to sound like a moron, it did prevent me from getting a picture with Senator Gillibrand.

Here are some pictures Jesse took of my media attention: 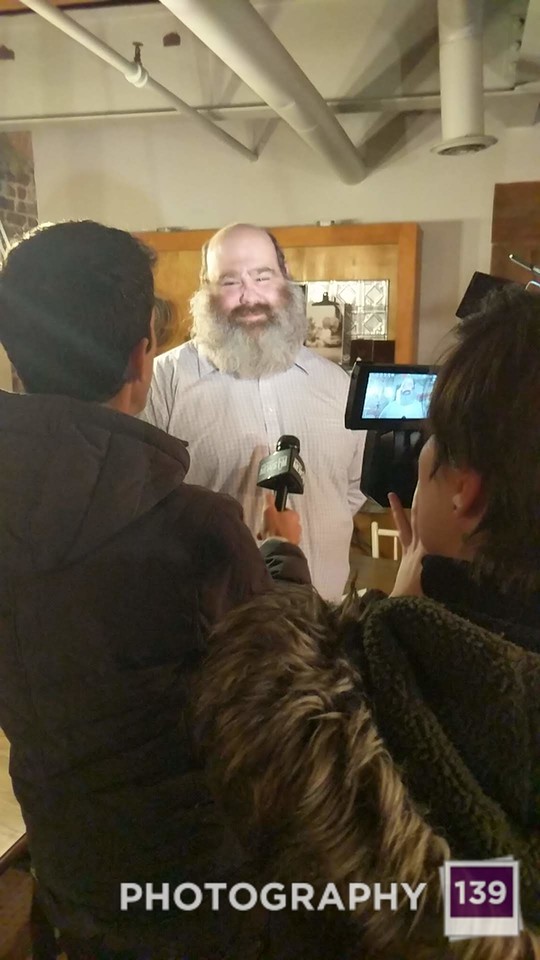 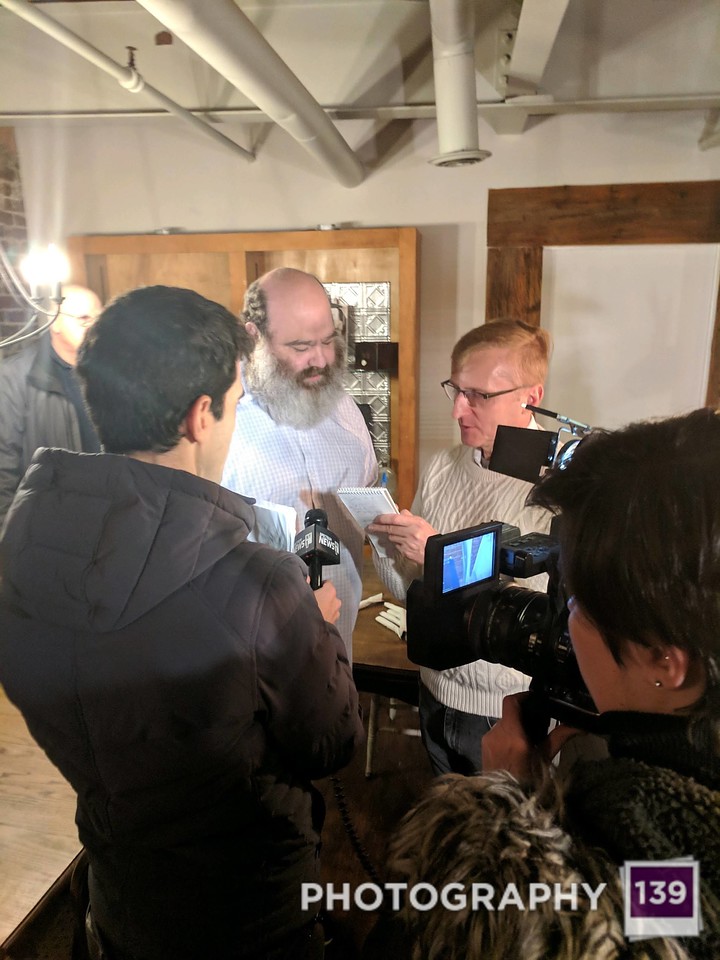 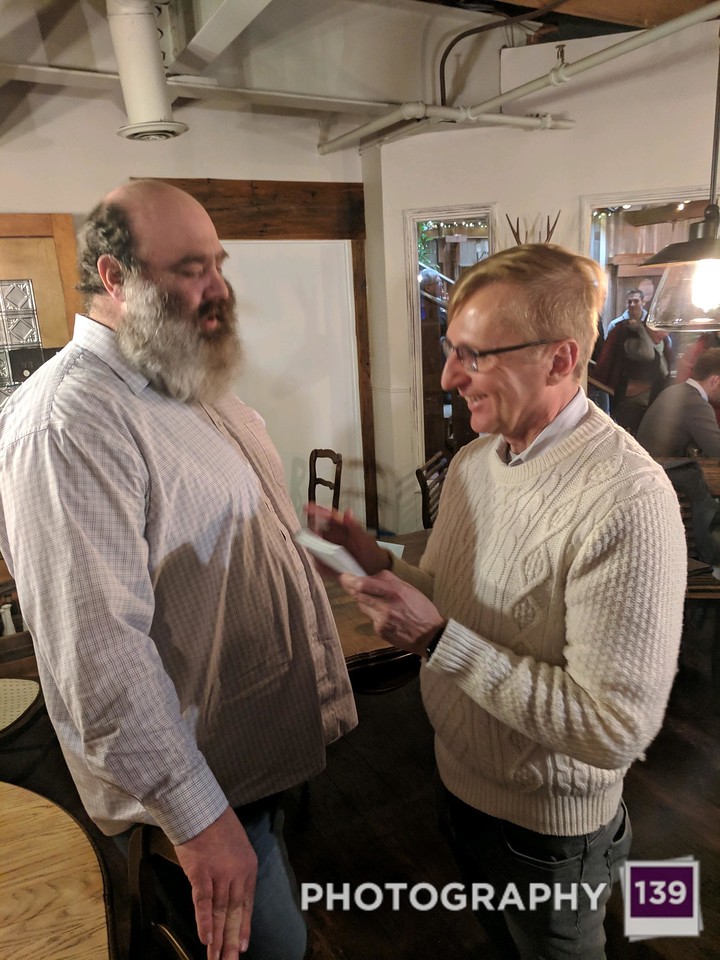 She is going to send me a copy of the newspaper for my scrapbook!

The following people have declared their candidacy:

Of those, I only really consider Castro a serious contender. Most of the heavy hitters haven’t declared yet. I’m pretty sure the next President hasn’t declared yet, but I could be wrong.

I’ll try to see all the candidates that I can!

I’ll close this posting by hoping that many of you make it outside into the cold tonight to witness the lunar eclipse. It is one of the true wonders of nature!