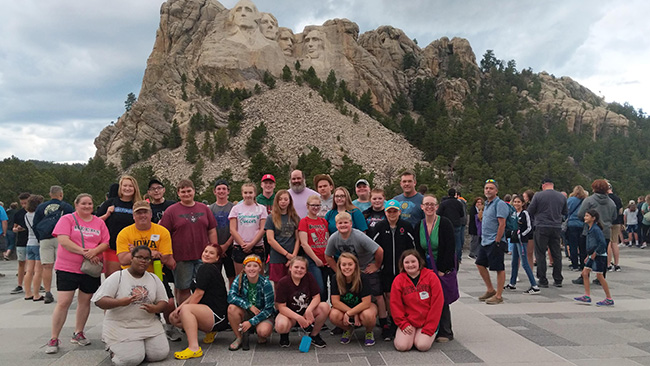 I should start this day by saying Happy Independence Day! Our country has seen much better days than right now, but I still believe that our best days our head of us. You know, a day when we aren’t locking children in cages and our “leaders” aren’t bowing down and licking the boots of dictators and getting literally, nothing in exchange for it.

On Tuesday morning, I woke up and got just a tad bit more sleep than the night before. I skipped the morning walk and tried to get caught up on some of my social media duties.

Our day at the worksite went much better than on Monday. It was much easier after the breaking ice on Monday. We had established relationships and now had an idea of how things worked at Black Hills Works.

I met a client named Shad. He is big into virtual reality and we talked computers for a long time. I also made a client named John. John wore a hat and shirt advertising his coffee shop. He badly wanted us to come to his coffee shop when he was working, but it was Friday and we were going to be long gone, back to the Cyclone State. I loathe few things more in this world than coffee, but I was sad that we never got to see his coffee shop. Maybe if I ever make it back to Rapid City I’ll try to make it there.

I spent good portions of the day playing Go Fish and Uno Attack. It was a good day. If most of the clients didn’t leave at 2:30, I might’ve been sad to go. I certainly wasn’t looking forward to the showers.

On Sunday night, Site Director told us that there was no hot water in the showers. This made no sense because we were showering at the South Dakota School of Mines. On Monday I had prepared myself mentally for the cold water shower, but it was so much colder than I expected.

The water in the showers wasn’t just cold, it must have been piped in from the coldest mountain stream in the Black Hills. It was painful when it hit your skin. You definitely hit a high note that you didn’t know you voice box could make that icy water hit a patch of skin that hadn’t been numbed yet.

When our group left the shower, Andy announced that we going to Armadillo’s, a nearby ice cream parlor to scout it out. We were going to take the entire group there for Church Time on Wednesday night, but if it was garbage, we would look elsewhere.

Andy explained to the van that this was a secret mission. NOBODY was to know about it. That NOBODY especially included Andy’s son and daughter. Everybody in the van agreed to the terms of the deal.

We got our ice cream, (I got a delicious baklava shake) and ate it in the pure joy one has when eating ice cream after a good day’s work and having endured an ice cold shower.

We arrived back at the church, thinking that our clandestine operation had been a success. However, when we walked in the door the Site Director greeted us with a:

“So you went to Armadillo’s?”

We tried to play it cool, but he let us know that the secret was already out. Andy and I went into the church a couple of minutes after the youth, but that was hardly enough time for them to rat us out.

Jentry filled us in later about how the rest of the crew found out about Operation Armadillo.

When Jentry had walked into the basement of the church he had been confronted by a gaggle of angry Methodists accusing our group of getting ice cream without them. Jentry, to his credit, tried to play it cool. He said we were late because Humble Narrator had taken a long shower. There was some truth in this fact. I was the last one to get out of the shower.

However, Jentry had walked into a trap. They already had the receipts. Wyatt had put the whole thing on his Snapchat story. Our armadillo was cooked.

I tried to quell the outrage by letting everybody know that they could get ice cream that night. Our cultural activity was an option night and we were opting to go to Mount Rushmore. At Mount Rushmore they sell ice cream. They even sell Thomas Jefferson’s original recipe for vanilla ice cream. Although, I’m sure it was actually a slave’s recipe and he took credit for it.

That night was Taco Tuesday, which is the best meal of the week. However, the roaster they were using to warm the taco meat up was busted, so the meal got delayed about 30 minutes. Next up was The Gathering. When that concluded we went to Mount Rushmore and had our Church Time there.

We got there pretty late, so we really just go to see it. Have our Church Time and then watch the abbreviated “Light Show”. I can say that the kids were way more impressed with Mount Rushmore than I even expected.

I didn’t take many pictures on Thursday. I thought I would take more at Mount Rushmore than I did, but it was crazy busy and we had some middle schooler drama earlier on the day, so I was watching the middle schoolers like a hawk. I was pretty sure our high schoolers could handle themselves. 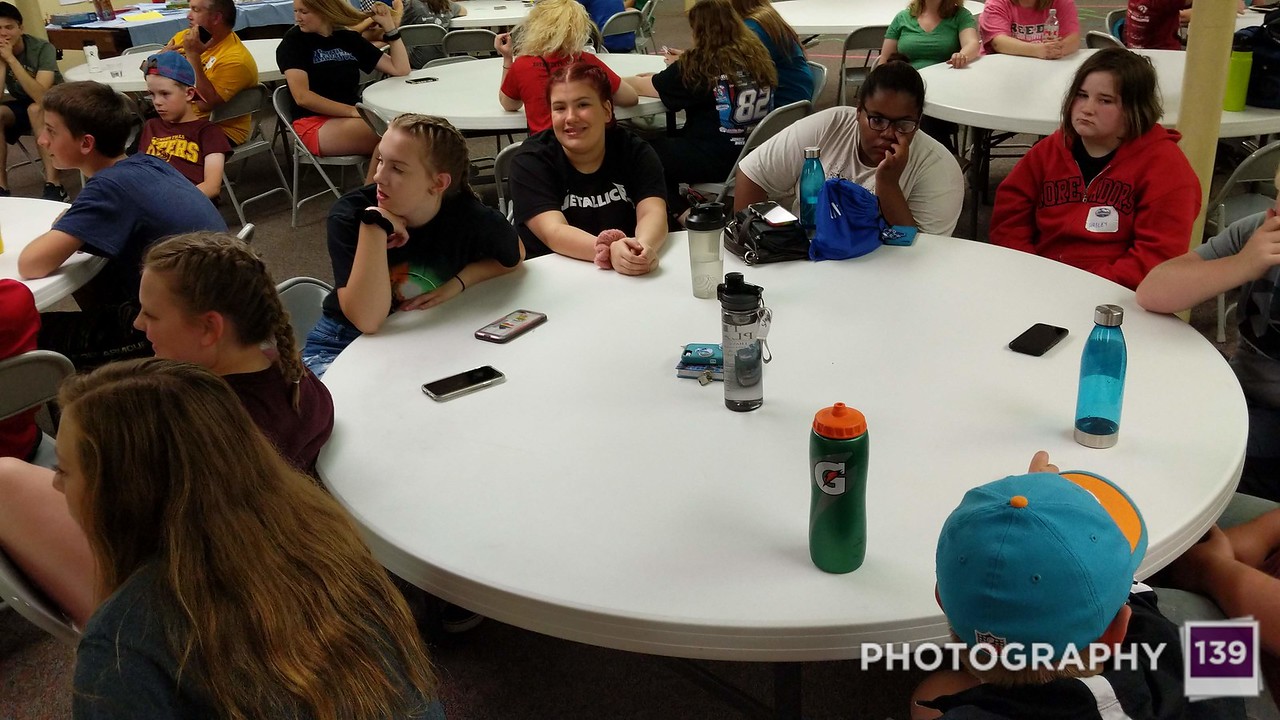 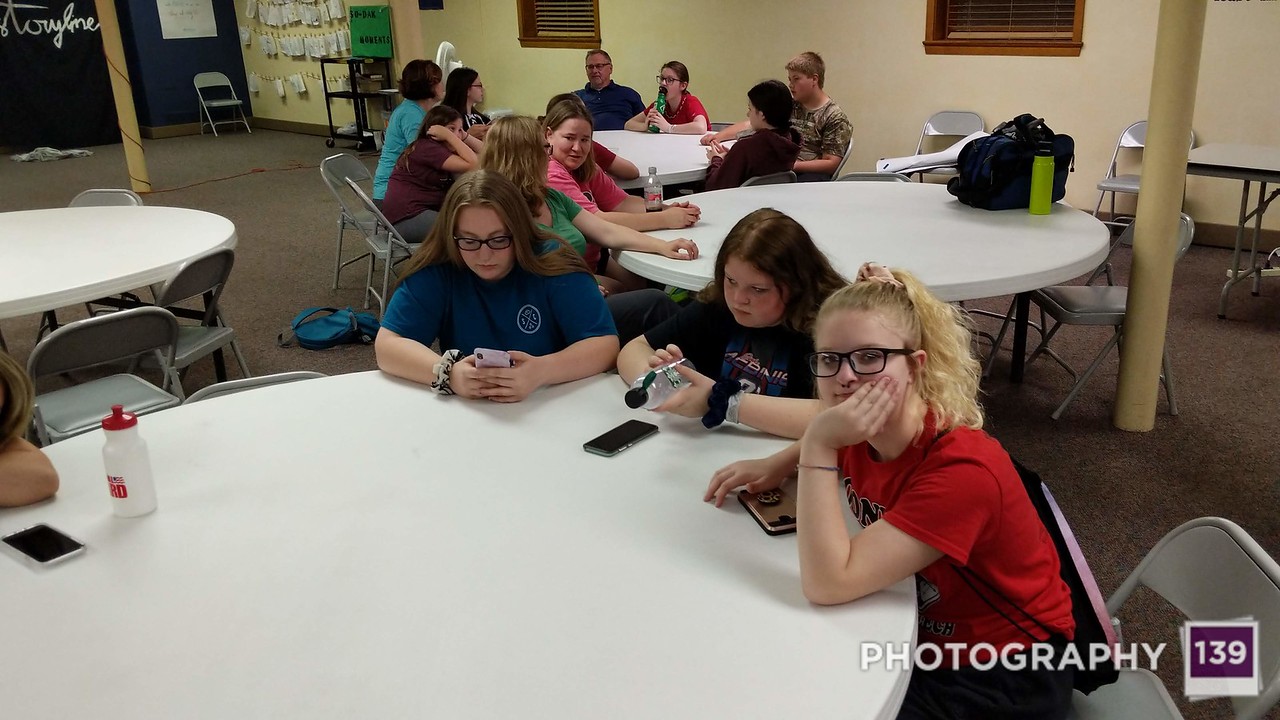 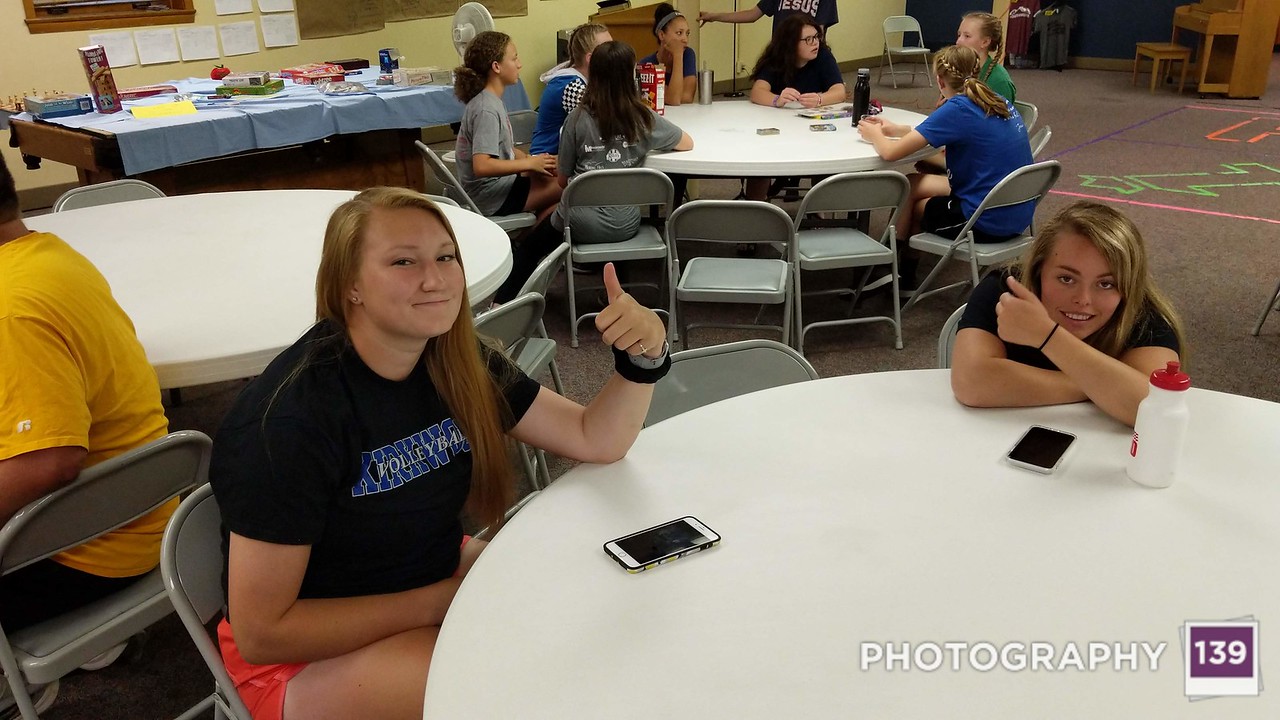 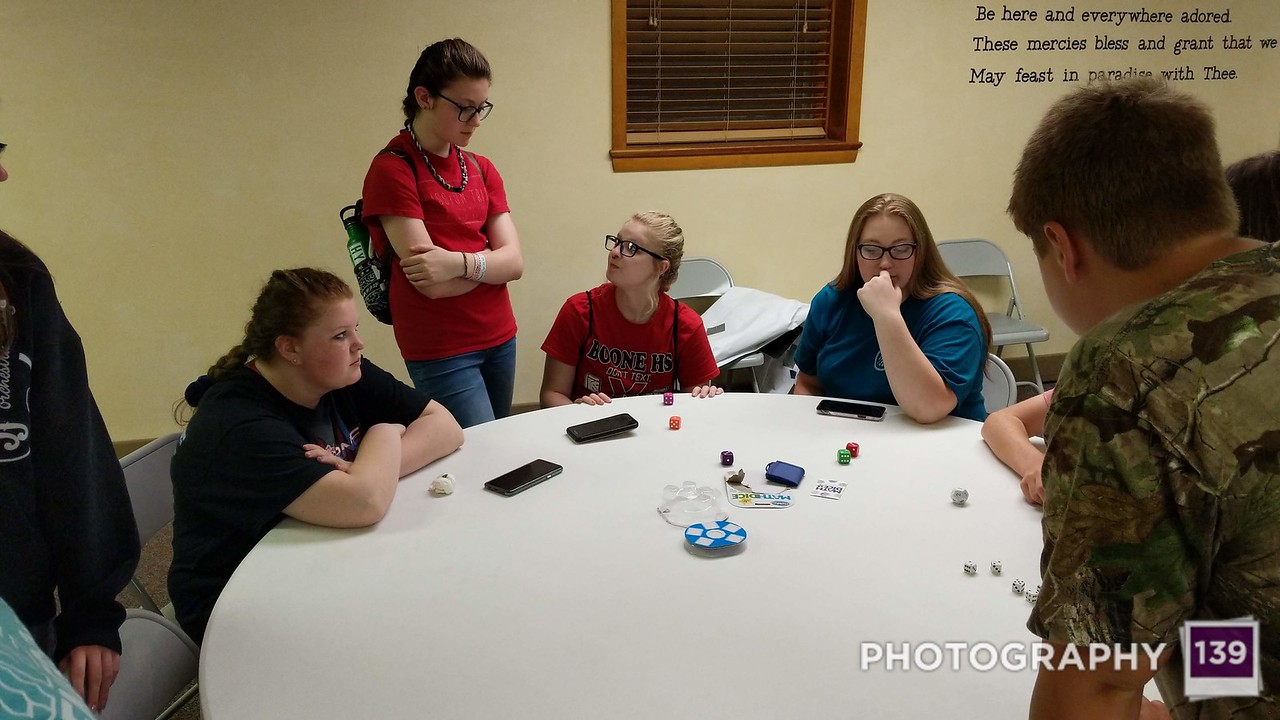 A dice game that is supposed to be a metaphor for faith. 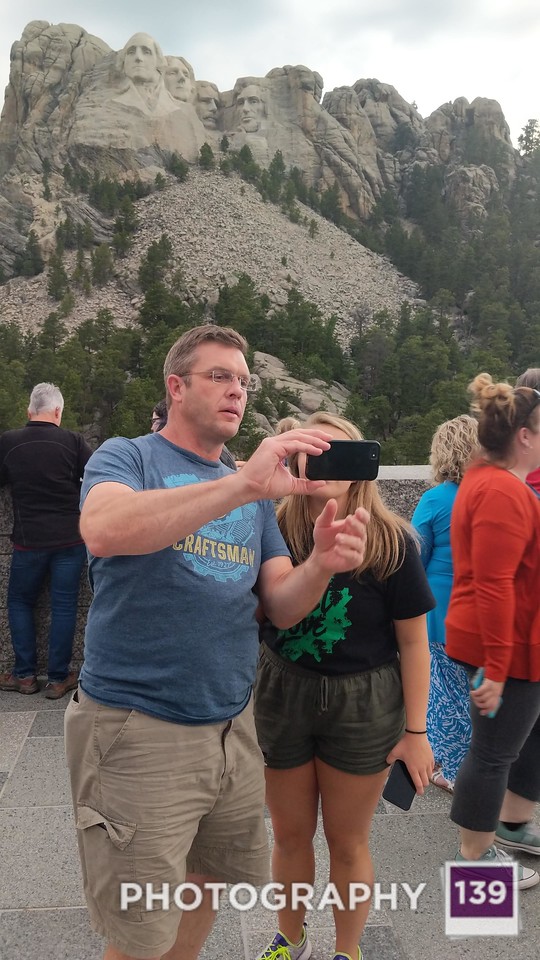 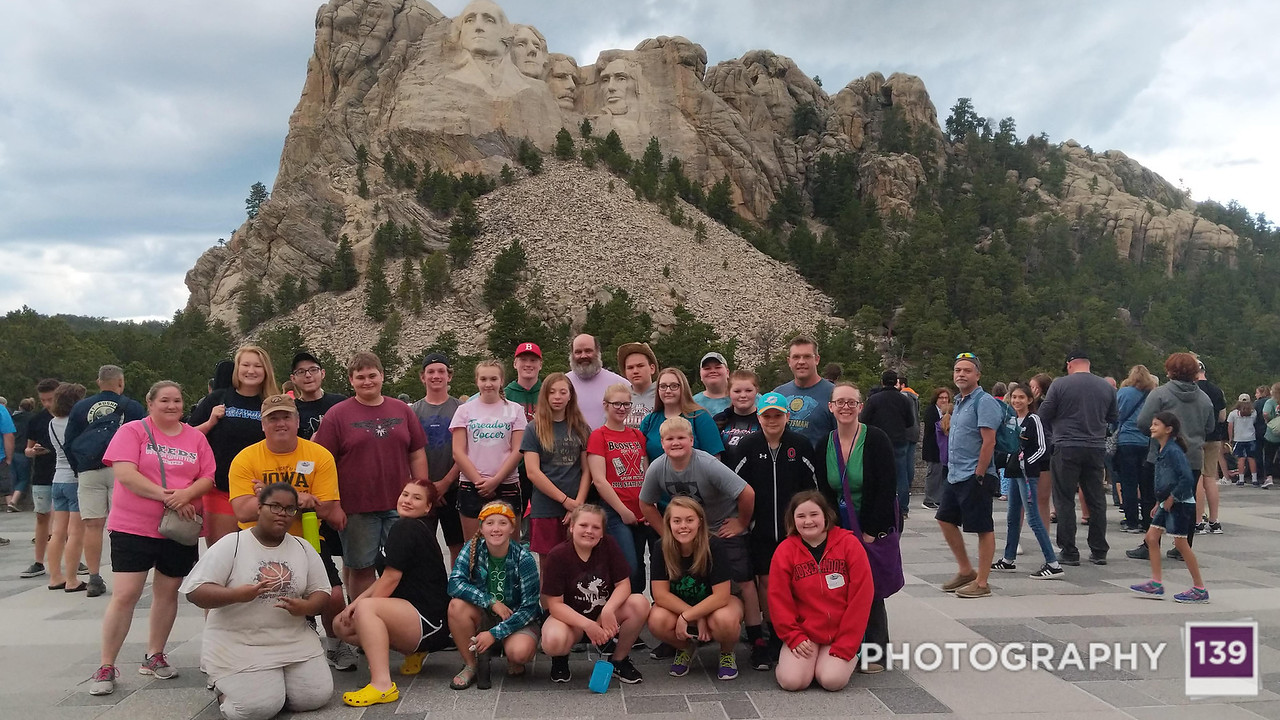 The guy in blue on the right is thinking about photobombing. 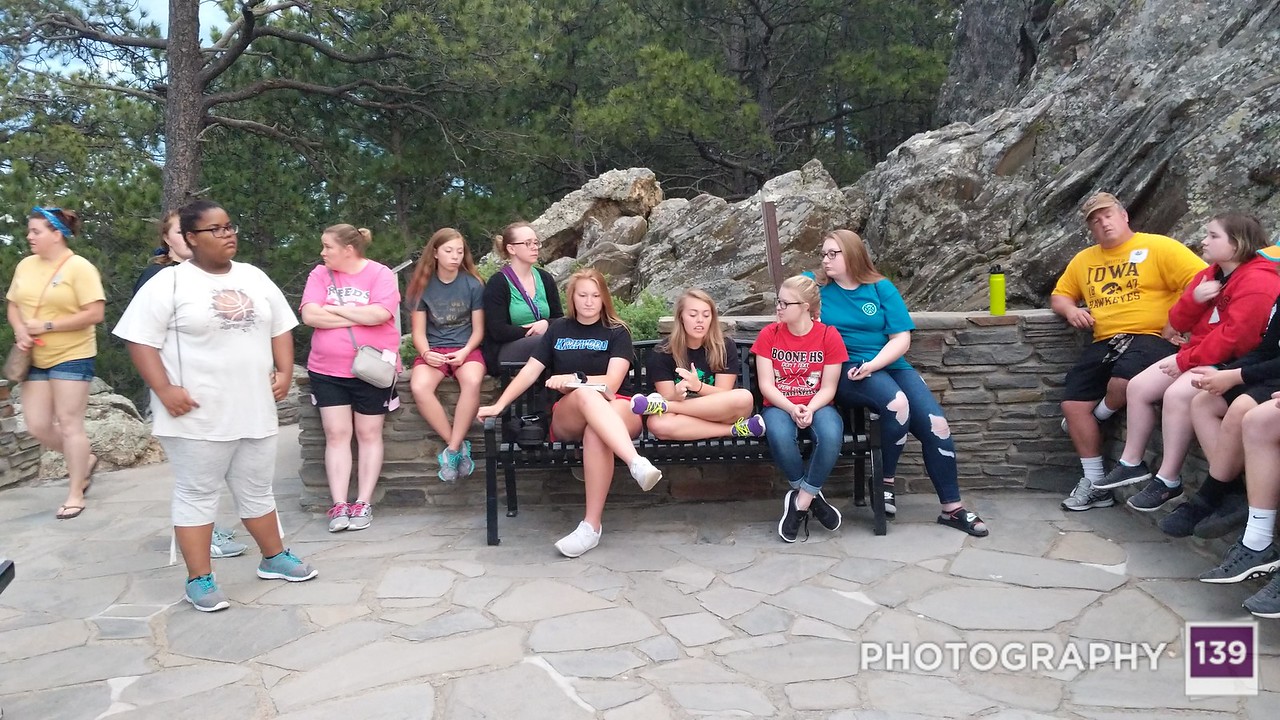 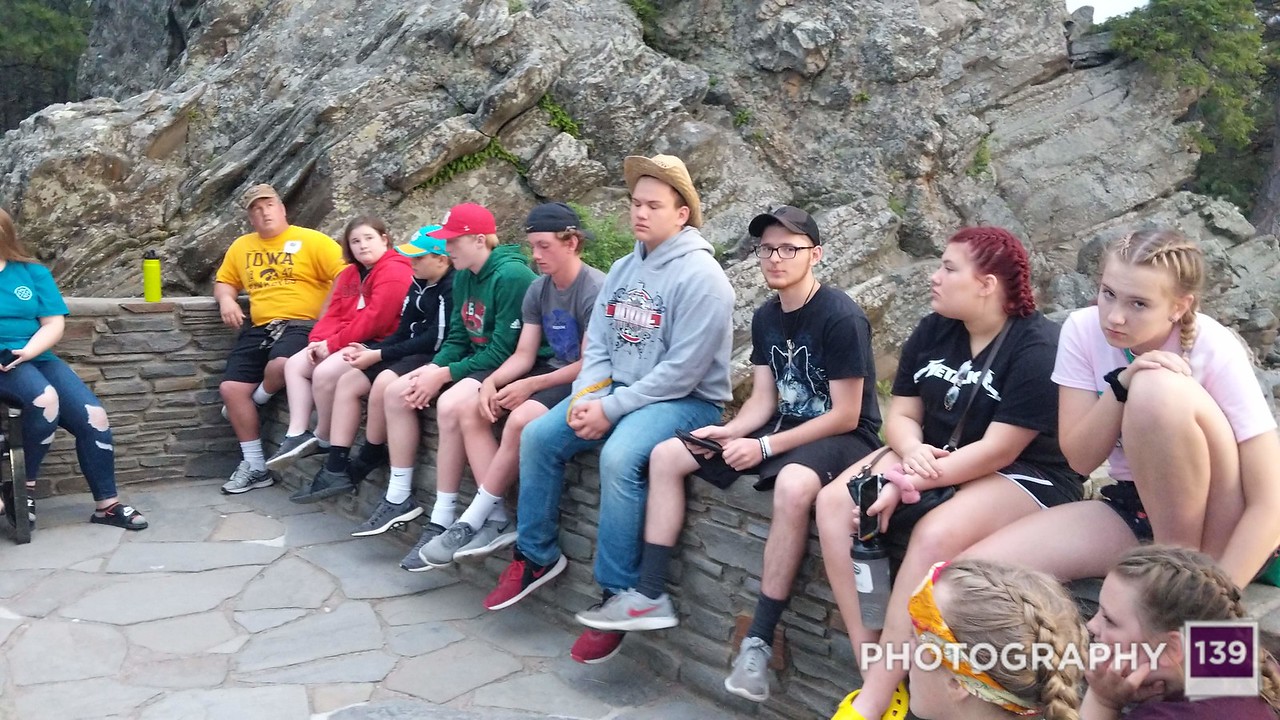 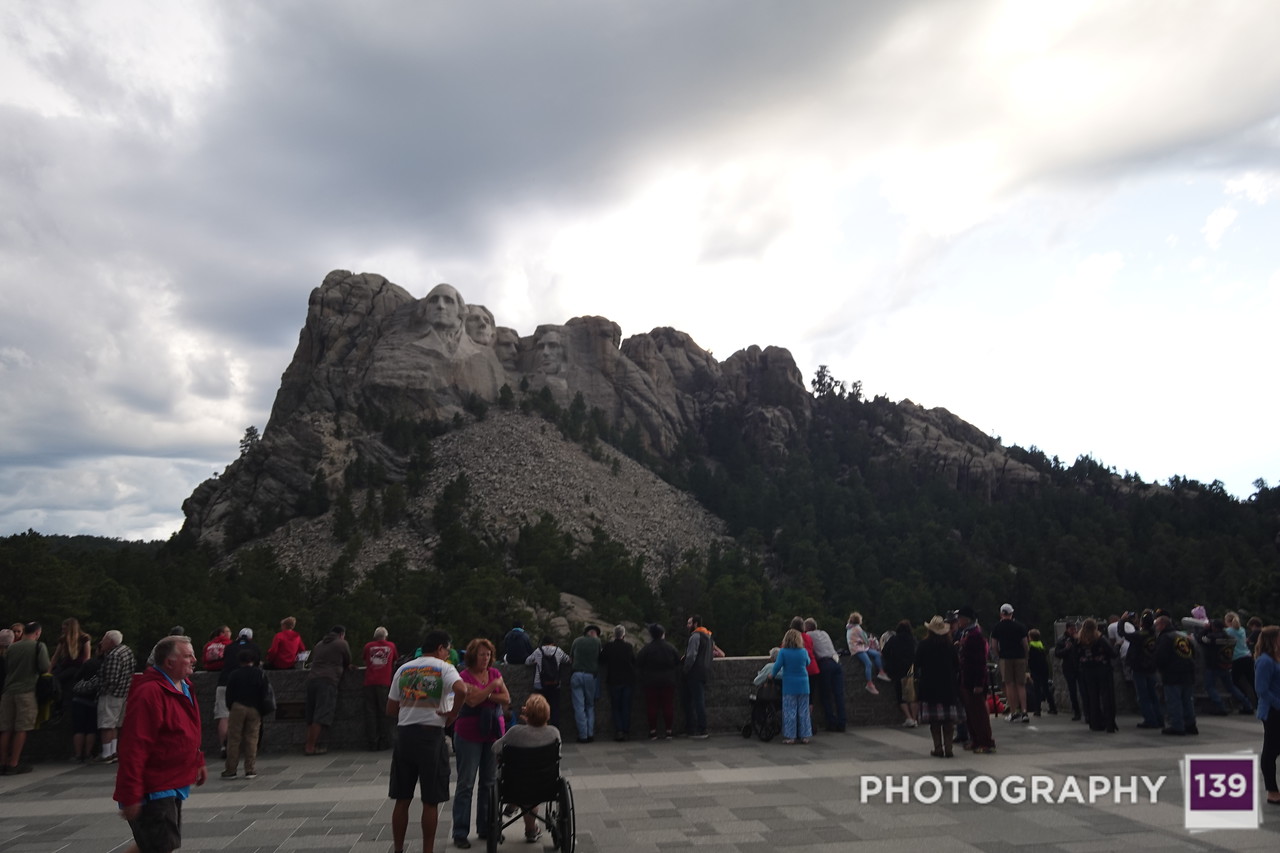 After a fairly scary drive back down the mountain I was able to crash fairly quickly. Maybe this was the night I got some sleep.