I’m part of the way through a commercial photography for an up and coming entrepreneur’s website. I can’t say much about the work yet, but below is a preview of the work that I am currently doing. 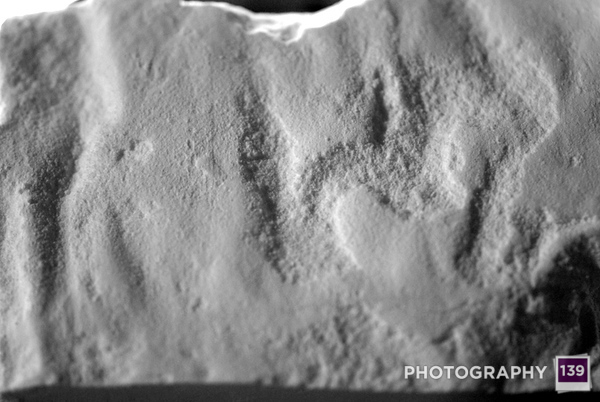 More to come in the future.

There are few things in this world that anger me more than people who use religion as a scam. Over the last few years I have certainly come to the conclusion that Christianity is ready for a new reformation. Somehow along the way, the message of love and grace that Christ brought to this world has been transformed into a system of weights and measures where people can determine how “good” they are compared to other people in terms of morality.

I have had friends tell me that worshiping and practicing religion does not mean you are a good person. I never dispute this fact, but I also don’t know what it means to be a good person. They tell me that being a good person will get you into heaven, not whether or not you drug your ass out of bed on Sunday mornings. That is good for me, I have problems dragging my ass out of bed every Sunday morning, so I tell them that I’m glad to know that the fate of my eternal soul isn’t dependent on my waking up by 8:30 one day a week.

It is a scary thought process that brings people to this conclusion, but I understand how they got there. What people see when they see Christians isn’t love. It is judgmentalism. I don’t how we got here, but I know it needs to change. Somehow along the ways people came to the conclusion that being a good person gets you into heaven. I’m not an expert on heaven, but I believe this much, grace gets you to heaven. It has nothing to do with being a good person.

Unmerited grace is a gift from God. You can’t deserve it. You can’t earn it. You can’t even buy it. You get it any way. A very smart friend of mine hates the term “unmerited grace”. Grace is unmerited, period. Adding the term unmerited to the front of it is essentially pointless. You are just including part of the definition of the term outside of the term and this gives the implication that the first word is not a part of the definition of the second word.

I don’t mind the term “unmerited grace”, even though I concede the point, because it seems the idea of grace has become skewed in the eyes of some people and because of this, the cart has been put in front of the horse.

All of this being said, I understand the reasons why the Christian message has been so skewed in the mind of many in the general public. It is because the loudest faction of Christians are not the one’s that seem to represent the true Christ.

I’m sure that their motivations aren’t bad. I just think somewhere along the way they have become lost. I could point to a myriad of televangelists. I could also point to the Westboro Baptist Church (if you don’t know who these people are, don’t look into it, that is solid advice).

However, what I’m going to point to is a another group of people that are sullying the image of Christianity. These people are the profit whores. People that use religion as a way to line their pockets with cash.

Lowell received this thing below in the mail a couple weeks back:

Can You Make the Eyes of Jesus Open?

This thing makes me sick. The Prayer Rug came with an explicit set of directions. You are supposed to keep it under your bed and send it back to them after 1 day. There was a bunch of other garbage, but I can’t remember it any longer. Then you were supposed to send them some cash, (50 bucks was the suggest donation I believe) and fill out the prayer request card. The prayer request card had several categories of things that you wanted God to give you. These things included material possessions and money. In fact, they wanted you to write down to the penny how much money you wanted God to give you.

Included in the packet was a list of testimonials from people that had sent in 50 bucks and all of the things that God had given them. It was nauseating.

I don’t want to include the name of this church because I don’t want them to get any more exposure than they have already gotten, but I did go to their website to check it out. My favorite part of their website was a line about how they were “a church and not a charity. A church is designed so that you can tithe and give monetary offerings to God.” I have to give them credit for being so up front with their existing only to collect money, but for God of course.

This might have finally moved Russell over to being an Obama supporter. Welcome home Russell, you know this is where you’ve always wanted to be.

Yes, it is possible to subscribe to this blog. Now I will never know that you did, but the purpose of subscriptions isn’t to massage my ego, but to allow you to stay current with the goings on in my world.

If you look at the address bar on your web browser, at the far right side is a little orange icon. If you click on that little guy it will take you to a few different options for subscribing to this blog. You can subscribe via “Live Bookmarks”, “My Yahoo!” or “Bloglines”. I think there are a few more, but those are most likely the most popular methods. So experiment and enjoy.

Last Sunday, before the RAMBO viewing, Jay was very curious about the contents of my journal. He seemed to think that I had nudie drawings in there. The truth of the matter is that there are not nudie drawings, but there are things that are much worse. I came across this poem that I think perfectly describes a person’s journal.

What’s In My Journal by William Stafford

Odd things, like a button drawer. Mean
Thing, fishhooks, barbs in your hand.
But marbles too. A genius for being agreeable.
Junkyard crucifixes, voluptuous
discards. Space for knickknacks, and for
Alaska. Evidence to hang me, or to beatify.
Clues that lead nowhere, that never connected
anyway. Deliberate obfuscation, the kind
that takes genius. Chasms in character.
Loud omissions. Mornings that yawn above
a new grave. Pages you know exist
but you can’t find them. Someone’s terribly
inevitable life story, maybe mine.

I really wanted a glow in the dark brain for this blog, but that is not to be. So instead I will use an image from the Jay Janson Archive.

So why is there a picture of brains in this blog? Today I wrote out a big fat check to the U.S. Department of Education and told them to get off my back forever. William D. Ford, I am not your boy any longer.

Although the check has yet to wind its way through the U.S. Postal System, it is only a matter of days before that B.A. Degree in Political Science (with a Minor in History) from America’s premiere Land Grant University is officially mine. I wish I could show you a picture of it, but I have no clue where it is hiding itself.

I might not have the best brain I know, but let me quote the Beach Boys and talk my brain up a little bit:

She’s got a competition clutch with the four on the floor
And she purrs like a kitten till the Lake Pipes roar
And if that aint enough to make you flip your lid
There’s one more thing, I got the pink slip, Daddy

On Thursday night an e-mail found its way into my inbox at work. The title of the e-mail was Selfish Request. It was from Jay. The e-mail read a little something like this:

I have a request to make of you.

Much like my commission of “Revelry” or “Monicaville Sunset” I am asking one of my friends to flex their creative muscles and create a work of art.

This piece is not for any event and has no other purpose but to serve as my (and possibly your) delectation.

The form and style is entirely up to you–length, rhyming/non-rhyming, A-B B-A stanzas, couplet, limerick, quatraine–I don’t care. However, as with the painting for Symposium, I shall choose the subject matter. I really hope you don’t choose Haiku form because I feel it’s just too limiting (however, it would be a hilarious ironic choice considering the subject), but I won’t hold you to it.

The subject is one that I only know about through you. In fact I think you’re the only person I have ever heard speak about it. The impression left on you was obvious and profound. When you spoke of it I remember the tone of nostalgia in your voice. It was equally a ridiculous and magical event. It was the Coal Miner’s Glove.

You have complete freedom on this. Any direction you want to take is entirely up to you. My only condition (not really a firm one) is that it be completed by St. Valentine’s Day–I have a lady friend I want to impress.

There are actually several weird things about this e-mail. First, I don’t think it is a selfish request. It was just thrown in the wrong direction. A terribly wrong direction. The first reason why I’m the wrong person to ask is that I have no passion about anything that is remotely related to wrestling. Nothing great can be accomplished without enthusiasm. I’m not sure how Jay could have misconstrued anything I have ever said into thinking that I had any passion for anything that would be related to wrestling. I guess he just doesn’t get me. It is sad to come to this conclusion after all these years of friendship.

The second reason why I’m the wrong person to make such a request is because I don’t write poetry. I wish I did. I wish I could. I like poetry. I admire people that can write it. I sometimes fancy myself a writer, but poetry is not in the skill set.

Strangely enough I can think of 2 of Jay’s friends off the top of my head that could write him a beautiful and haunting poem. Both Monica and Willy are poets of some note. Both could do a more than capable job. There poetry would be both sublime and exquisite. Mine will be nonexistent.

That is my bit of selfishness.