Let me start out by saying “Happy Valentine’s Day” to the people who are celebrating it. Let me say “Happy Wednesday” for those of you who are not.

“>Willy’s birthday was over 2 months ago. I am a timely person. So, I am glad to report that I have finally finished Willy’s birthday present and handed it over to him. Unfortunately, I have no clue where he is going to put this in his apartment. You see Willy’s walls are made out of either concrete or pixie dust. Neither one is good for hanging things. At least I know it won’t end up in the bathroom. No wall space. For reasons I haven’t been able to make right in my head, whenever anybody actually requests a piece it always ends up in their bathroom. I’m not quite sure what to make of this phenomenon. Below is a photo of the gift. This picture is entitled “Grizzly McAlpine”. The subject named the picture himself. This is the only time I have ever allowed such a thing to occur. The mat was originally an orange-brown color. I painted it silver, but allowed some of the original color to bleed through. The frame is black. I was originally going to put a coat of silver underneath the black and then distress the black paint to allow the silver to come through. I decided just to keep it simple and leave it one color and let the stress come to it in its own due course. 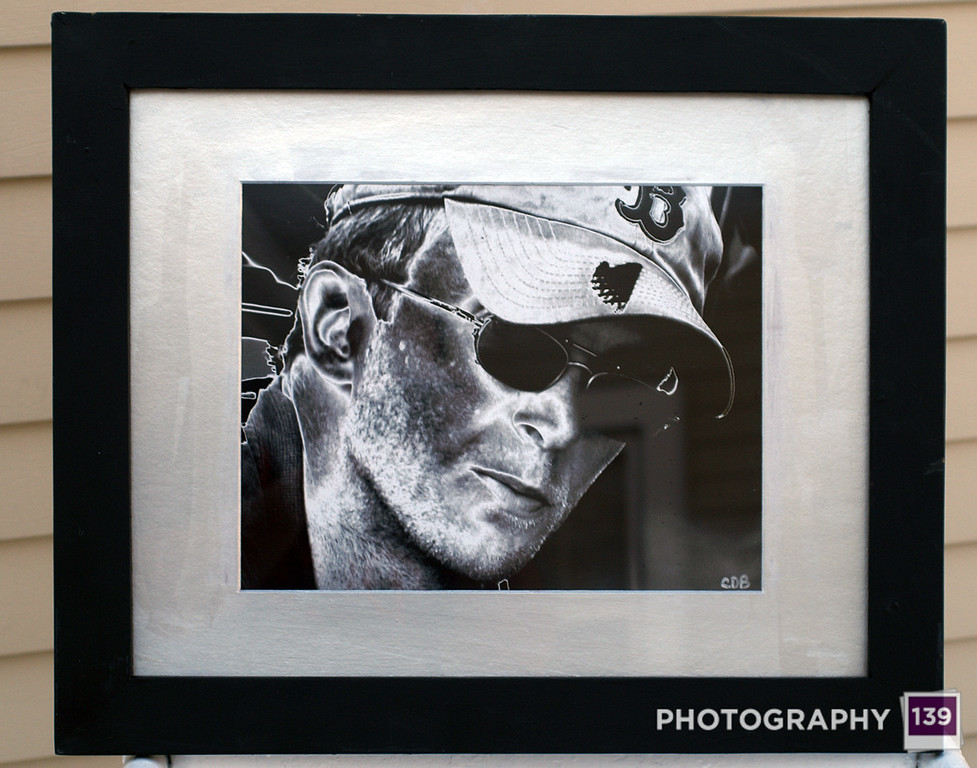