I haven’t had the “pleasure” of being on MySpace much lately. Which means that my “blogs” have become sporadic and if I’m not mistaken, lower in quality. I can’t say that this saddens me. There are more important things I should be doing with my time, but that doesn’t mean there aren’t times that I miss the moments of entertainment I get from this little site or the contact I lose with some people that I seem to only make through this “social networking” thing. Still, Uncle Sam hit me with a pretty stiff tax bill this year. I should be trying to figure out how to raise the funds to pay the feds off before I end up rotting in debtors prison. Although I do know this one thing about many of my chums. If I do end up rotting in debtors prison, I shant be alone. Some of us will be rotting together. I think I speak for all of us when I say, “Do your worst Uncle Sam! Just not to me, I’m not like normal people. I don’t like pain.”

I have changed the background music for the blog yet again. I will not pretend to have the musical talent or knowledge of at least 4 of the subscribers to this thing. I just felt that I should cool things off a little bit after the hard rocking of Pillar’s cover of “Sunday, Bloody Sunday”. I’m also quite certain that somewhere north of where I sit typing, Mike Britson is scoffing at my tenet that Pillar is anywhere near the neighborhood of hard rocking. I can’t dispute this fact. Mike has always claimed to be the “World’s Greatest Music Snob”. I do not think that he has a t-shirt that proclaims this fact, but in my heart of hearts I hope that Stephanie made him a button that did.

I come away from that aside. All I really wanted to point out is the fact that the new background music is “Minuet in G”. It was composed by the great Ludwig Van. It has always been one of my favorite pieces of music. Due to my relative musical ignorance (despite being a wretched to middling trombonesman in my day) I may be interpreting the intent of the music incorrectly. I have always been struck by how desperate this music sounds. It is more than sad. It is desperately mournful. Yet when you feel like it should be too depressed to carry on, it seems to find a way to carry on. In that ability to carry on, I find the song hopeful as well.

Take that for whatever you like. I don’t claim to be an expert. Although I do subscribe somewhat to what Roy Adzak said about art:

“Good art is not what it looks like, but what it does to us.”

Meaning that the person interpreting the art is in many ways more important than the artist. That is a somewhat scary thought. I have the slight delusions of my own artistic ability I don’t like giving up my art and allowing whomever stumbles upon it to translate what it means. I don’t even struggle with the control issues that some of my friends do and it is still difficult.

I guess what makes this concept bearable and allows me to subscribe to it is the fact that the alternative is utterly unbearable. Namely, having to explain the meaning of everything. Of course, this also allows me to view “Minuet in G” as desperate and hopeful in the same breath and dear old Ludwig Van just has to accept it. IN YOUR FACE BEETHOVEN!!

Dictionary Dot Com defines “irony” in such a way: 5.an outcome of events contrary to what was, or might have been, expected.

I’m not sure this following tale is actually really ironic in the way the word was forged by its creators or in the “Alanis-Morrisette-I-Clearly-Wrote-A-Song-About-Irony-Where-I-uses-Examples-of -things-That-Aren’t-Ironic” way.

Perhaps it is ironic that I don’t know if this is ironic and I am having a go at somebody else for their ignorance. Perhaps I should just tell the tale.

Not really much of a tale. I have found a home for some pictures of mine. Here is the arguably ironic part: that home is the Boone Homeless Shelter. My church has adopted a room at the homeless shelter. As a congregation we are donating items to fill this room. I have donated a copy of “Happiness Shared: #01” & “Happiness Shared: #02” to adorn the wall of our room.

What I found out tonight is that when each homeless family leaves the shelter and sets up their home, they get to take everything from the room to furnish their new home.

I did not hand the pictures over to Pastor Phil personally. I left them in the hands of my sister Teresa. Allegedly Phil was excited by this donation and thinks that I should donate such pictures every time a new family moves into our room.

In some small way I have a “standing order”. In no small way, this kind of excites me. Looks like I’m just doing good deeds all over the place. But before I break my arm from patting myself on the back, I should show you what is going to the homeless shelter, to somebody’s home, and perhaps someday to a Goodwill Store near you.

So what would these other good deeds be that I am doing? Depending on your ability to recall facts about me, you may remember that a while back I was instrumental ( by instrumental I mean the same way I was instrumental to the success of the BHS Concert Band by holding down the last chair trombone) in the making of a batch of soap. Some of the soap from that batch is going into care packages for people being released from Mitchelville State Penitentiary.

The truth is that I had nothing to do with this donation. It is all Shannon. Yet since, she is donating soap for this cause AND I helped make the soap. I get to glom onto some of her glory. The boys I hang with like to call that bandwagoning. Except for one. He likes to call it innovating.

However, I am going to attempt to make the world a better place in one more way. It is through something I hope to propose and railroad through Friday Night Supper Club through my power of oratory. I won’t tell you what it is, but I will give you a hint. I should also point out that at this time Friday Night Supper Club is a secular organization. I point this out for my sister Teresa.

I like to go out to the woods on my break. Some people like to smoke. I like to commune with nature. No tax on that, suckers!!

While I was out there I went a little crazy with the camera on a fellow that became a buddy of mine. Since he was what I like to call Odonata, I cracked out the 50mm lens. This is a lens that is fine and dandy for Odonata, but then I heard a rustling to the left of me. There he was for the 5th time this year. The groundhog! The problem was that I was unprepared for this development.

I did not have the proper equipment. He was staring me down, practically screaming at the top of his rodent lungs: “I’m ready for my close-up Mr. DeMille!” All I could do was take this incredibly bad picture from about 75-100 feet away. This picture is cropped quite a bit. If you saw the original you would never be able to find the groundhog. That isn’t a challenge. Just a statement of fact.

At least I got a few decent shots of my chum Odonata: 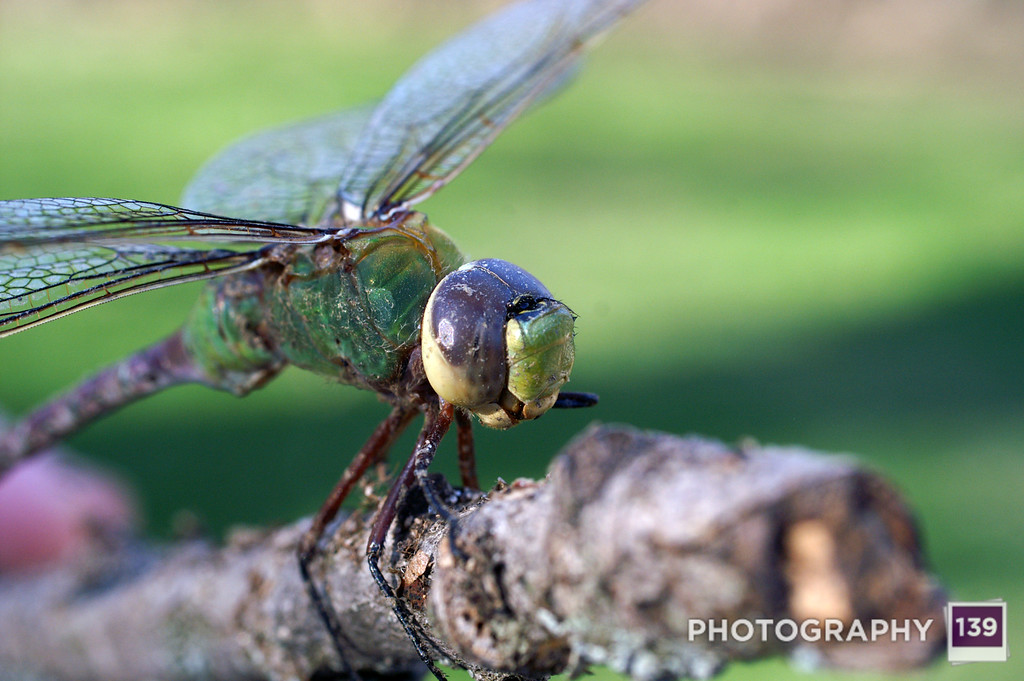 Within these images I find solace, but I’m still coming for you Mr. Groundhog!!!!

One thought on “Odonata”