I believe I received feedback from over 20 people during the second round of voting. That was awesome and I appreciate all the time that everybody took to voice their opinion. In the end, I could only enter six pictures in the Pufferbilly Days Photo Contest. So I now reveal the six pictures that advanced and a little bit about them.

I did not actually spend much time considering the names for each picture, so in the end the names are admittedly pretty lame. I can deal with it if you can.

The first image is from when the #844 stopped in Boone on its Midwest tour a couple of months ago. I took this picture in the Boone train yard while it was on display. The train was surrounded by other people so I made a conscious effort to find interesting angles to shoot the train while trying to keep the other humans around out of the shot. This picture was originally captured in color, but I converted it to black and white as the palette was already quite monochrome. 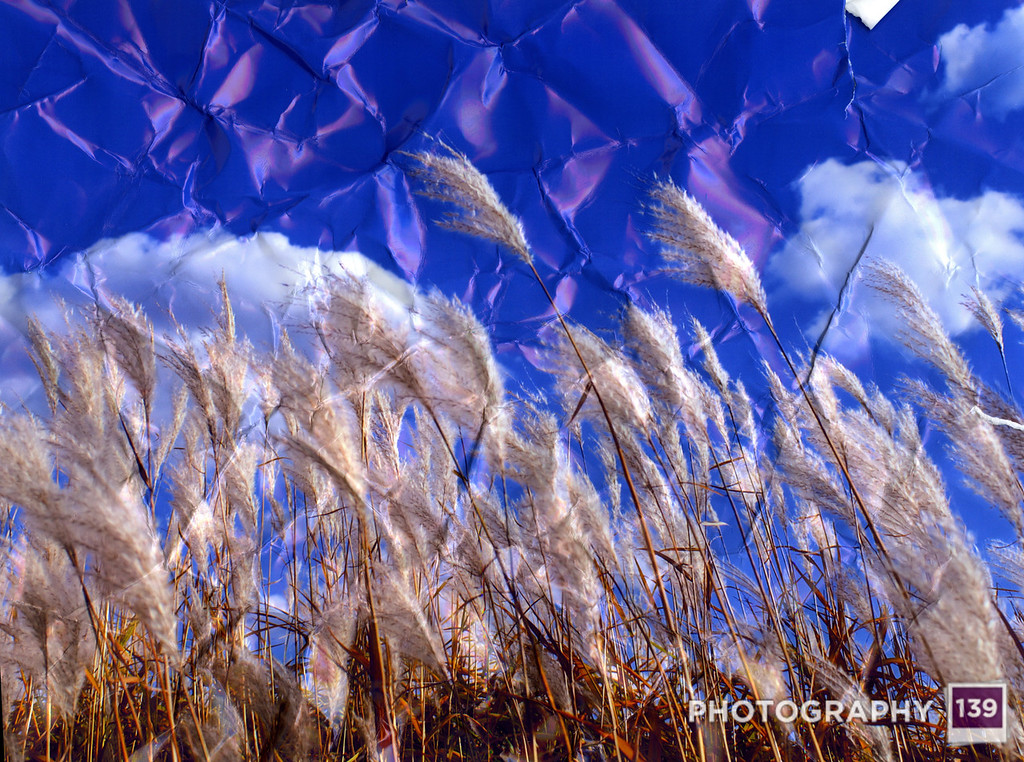 This second image was created sort of out of a collection of follies. I had been wanting to take a hammer to a negative and then scan the negative with my home scanner, but I have never really found the time, proper negative, or hammer for the task. However, I do have a job where I get paid to play with printers and scanners. I had a copy of “Last, Loveliest Smile” hanging on the wall over my desk. I had printed this a long time ago with a Canon 1700 when we had first switched over to that printer after the Canon 1600 had been discontinued to see if the Canon 1700 lived up to the bold proclamation on the box that it was “photo lab quality”. For the record, the Canon 1700 does not print photo lab quality. It does make a decent appointment card printer if you don’t mind replacing it every 4 months when the ink trap gets full. However, it was a decent enough print for me to put some tape on the back of it and throw it up on the wall above my computer next to “Blue Steel” and “Kentucky Appetizer” and “Grizzly McAlpine”.

A couple weeks ago one of our customers ordered a pretty decent document scanner. (Truth be known they ordered a label printer and the order was filled out incorrectly so I shipped them a document scanner) While I was testing this scanner I wondered if it would scan a crumpled up piece of paper. So I pulled “Last, Loveliest Smile” off the wall and crumpled it up. Then I crumpled it up some more. Then I threw it against the wall and jumped up and down on it. Then I uncrumpled the sheet of paper and ran it through the scanner. That is the story of the creation of “Last, Loveliest Smile Redux”. The creation of “Last, Loveliest Smile” is a whole other story.

I don’t know if there is much of a story to this picture. I was given the charge of watching over my friends Jen and Derrick’s dogs while they were off having fun in Wisconsin. While looking in on their dogs I walked past the flower garden and noticed this little flower fighting through several larger flowers to get to the sunlight. This flower had yet to fully bloom and I have always loved pictures of flowers that were not fully bloomed, although I usually find myself in the minority. I guess I believe in the end that flowers that haven’t fully bloomed yet are similar to humans. In the respect that all humans fall short and are never really fully developed. All we can do is fight through to our sunlight.

This picture was taken of Shannon at Living History Farms. I spent about half a day at Living History Farms when I was on vacation. I had always figured that Living History Farms was one of the most boring places on Earth, but Shannon argued that nobody that loved history could be bored by such a place. So I went to visit. Shannon works at the 1900 Farm so she gave me the tour. (However, I don’t feel it was the full tour because she would not take me to see the boars.) We went up to the hayloft and the lighting up there was magnificent. Not boring flat light, but a bright beam of sunlight broke through the doors at the top of the barn and shone down on Shannon like a spotlight. I don’t want to say that it perfectly lit her, because I don’t think that does it justice. I believe that the light illuminated her. She says that she thinks the picture makes her look like an angel. I’ll leave that for the historians to decide. I did change the picture from color to black and white even though I loved the original color image because the black and white helped hide a bit of lens flare that was clearly visible across the front of her skirt. Ahh, lens flare! One of the hazards of shooting directly into light.

“Art is a lie that makes us realize the truth.”

I don’t know if there is a picture that lives up to this quote on my entry slate than “Faux Sunset”. Most people have told me that it is a lovely sunset picture. It might be lovely, but if they were to concentrate more closely on the first word in the title, they would know that this is not a picture of a sunset at all.

I took this picture on a foggy night in Ledges back in April. The picture is of a street lamp. I became enamored with making a picture of a mysterious light in the woods. My hope was to eliminate the light source and just capture the light through the trees. I thought it would be a curiosity. What was making that light? I’m a huge fan of 50s Science Fiction. People who spend time with me inevitably end up sitting on a couch watching the original “The Outer Limits” on DVD at some point. Movies like “Forbidden Planet” and “The Day the Earth Stood Still” were my influences for taking this picture.

In the end, people didn’t find this picture mysterious at all. They saw it quite clearly as a sunset. I haven’t decided if fooling people is good enough when what I wanted to do was make people wonder. 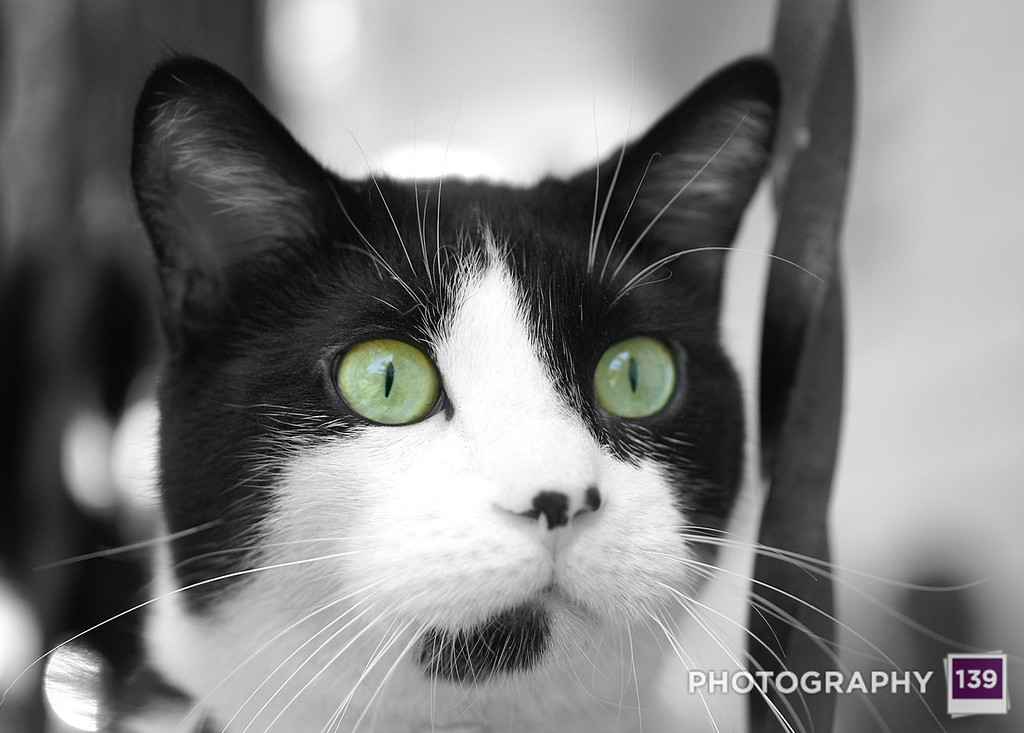 The final picture to sneak in is “Franklin”. This picture was taken back in June. I had committed to helping Shannon make soap, but at that time I had not realized that the soap making day was on the same day as Brian Beavers’ wedding.

I showed up to help make soap, but I had to leave early in the process to drive to Grinnell to attend the wedding. I wanted to take a few pictures of the soap making process because I thought that it made an interesting subject.

Shannon had let her cat Franklin wander around outside in an effort to make him tougher. The lessons weren’t sinking in because he spent a good portion of his time outside begging to be let inside. He stuck his head through the railing bars of the front steps and I took this picture.

There have been times in the past where I have been accused of not liking cats. Whether or not that is true, I have never denied that cats had interesting eyes. For that reason I chose to keep Franklin’s eyes in color and change the rest of the picture to black and white. I was hoping that because Franklin was already black and white a person giving a cursory glance to the image would not be able to tell that the eyes were the only part of the image that is in color. It would take a deeper examination of the image to reveal this fact.

This is a technique I have used before with “Outburst of the Soul” and “Lost Dreams”. I do like it, but hope not to over use it as its effects can be almost too obvious sometimes.

I end this entry with an e-mail I got from Derrick Gorshe. I don’t want to say that I rate or rank the correspondence I have with my amigos, but I would say that this e-mail he sent me is one of my favorite e-mails I have ever received. He was casting his vote in the second round:

When Storm Thorgerson of “Hipgnosis” (the man and company responsible for most of Pink Floyd’s cover art)was questioned about his design of the late sixties albumn “Atom Heart Mother”, he said that that particular photo of a cow was the most perfect cow photo ever. No photo before and probably ever would convey “Cow” as much as that particular photo, and while it really had nothing to do with the source material within the record, that was enough to make it memorable.

It is this reasoning that leads me to my two choices.

“Franklin” is truly a picture of a cat. And while that statement says very little in and of itself, that is enough to make it memorable. The other choice falls between two of the other photos.

I really like “Clouds with Color” for the same reason….it is the ultimate picture of clouds and as such is very memorable, but I also really like “Faux Sunset”. It may not be the definitive picture of a sunset, but it really is quite beautiful, and conveys a feeling of peace and a quiet end of the day. A little mystery remains with that sunset though. The day has closed quietly, but the night remains open to unlimited possibilities and anything is possible. Good or bad, it’s an evening you likely will never forget.”