One last Kubrick reference for the week and for the people that aren’t sick of Kubrick yet*. I feel when discussing retirement or of quitting a job that one loathes the movie most apropos would be Spartacus. When I had a job I hated I often dreamed of leading my own slave rebellion. A Wage Slave Rebellion. I never got the chance to lead my own rebellion, (even though I am technically still a wage slave) but I do still take the time to enjoy and celebrate when somebody that is dear to me leaves a job they despise. My joy is doubled when their freedom also weakens the evil empire known as Dasher Mismanagement. My joy is tripled when that person is retiring.

This morning I got the joy of attending a retirement party for Vi on her last day chained to the oar at work. It is a great and wonderful day and I look forward to discussing the many things that Vi is getting to do with her new freedom at church on Sundays rather than trying to talk her into retiring. This leaves only a couple of people left that I would like to see escape the demon clutches of Dasher Mismanagement.

Below is a picture of Jay, Vi, and I at the retirement shindig. 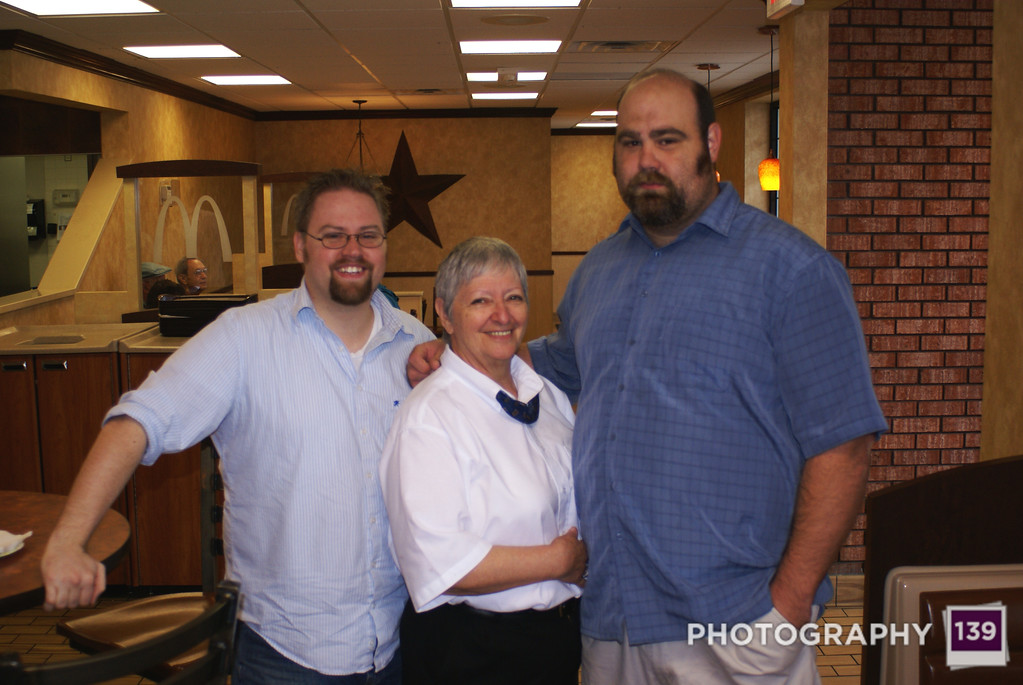 I have not imbibed a single morsel of food from a Dasher Mismanagement dive in over 18 months. I confess that I was tempted today to have some milk from their cooler. I looked at it and considered it (because I did not pay for it – I haven’t give them one red cent of my money in years) but in the end I just threw it away. (They still lost about 20 cents by my throwing it away. A little victory.) I did not want their poisons flowing into this temple.

*Warner Bros. did release new versions of Lolita and Barry Lyndon on Tuesday. However, since neither one was anamorphic I can’t quite figure out why they wasted their time. I will not be purchasing these “new” versions. Who am I kidding? It is 50-50 on whether or not I buy them. The fact that they aren’t in snap cases might be motivation enough.