I really only wanted two birthday presents this past year. One was stained glass from Jen. I got that back in May. The second present was a painting from Monica. I got that on Wednesday. 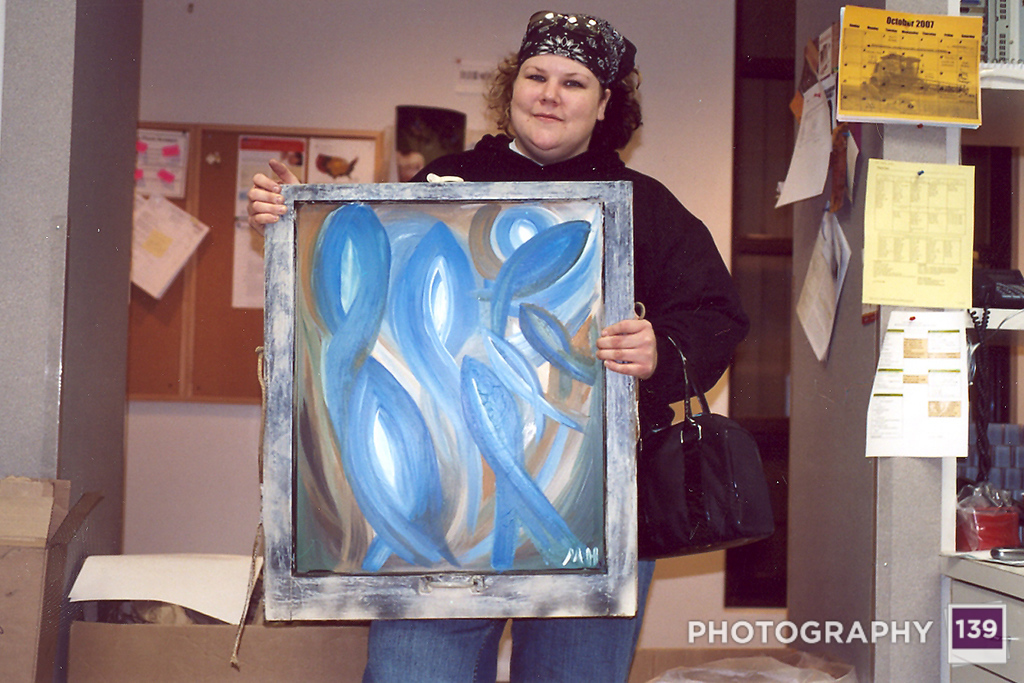 She painted it on an old window that came out of my mom’s house when she got new windows. Monica struggled with this painting a little bit because she felt that I would want something with bright colors and she doesn’t usually use bright colors in her painting. I think the struggle was worth it. I think it is a masterful work that I will display proudly next to the works of Jay Janson, Jen Ensley and Rebecca Peterson.

I posted plenty of fall color pictures, but what I didn’t do was give proper credit to Jesse for manning an umbrella for me on one of the days when it was raining.

If you have ever wondered about what the glamor of being a photo assistant for me looks like, it kind of looks like that picture above.

We celebrated what Nader claims to be his 21st birthday on Sunday. We went to see Darjeeling Limited and then ate at King Buffet. 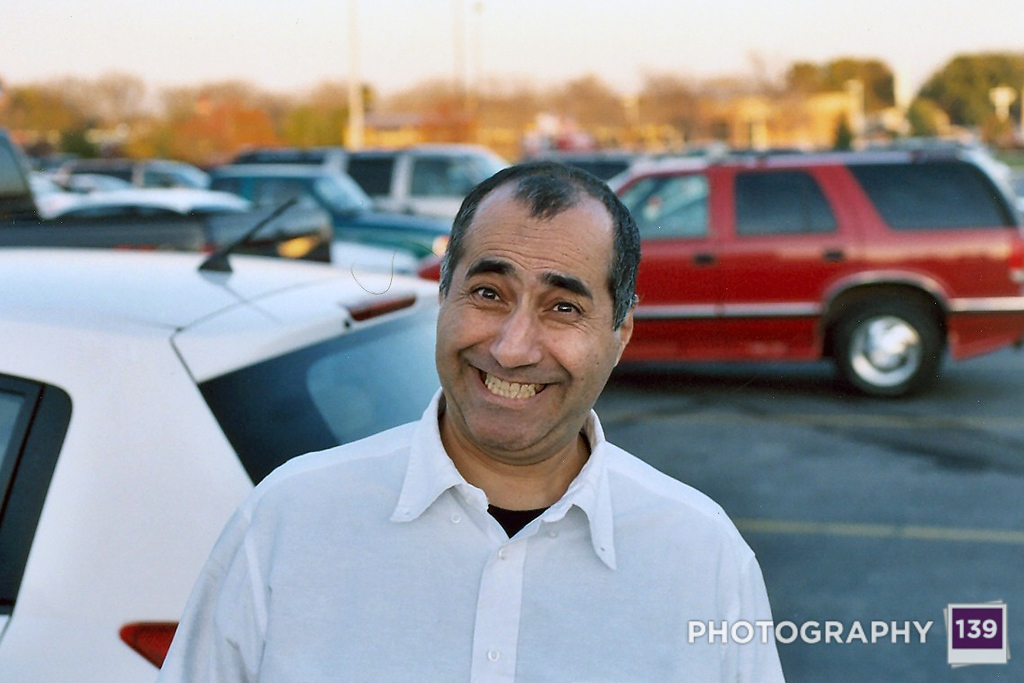 Jay wants to record my ramblings about movies and edit them into some kind of coherent movie review. If this works out, the first of these reviews will be Darjeeling Limited.

I think most people that know me know about B.B.A.T. Jason Baier was inspired by my recent pictures of lumberjack Janson and grew himself a beard. I documented this beard and the results are these pictures. 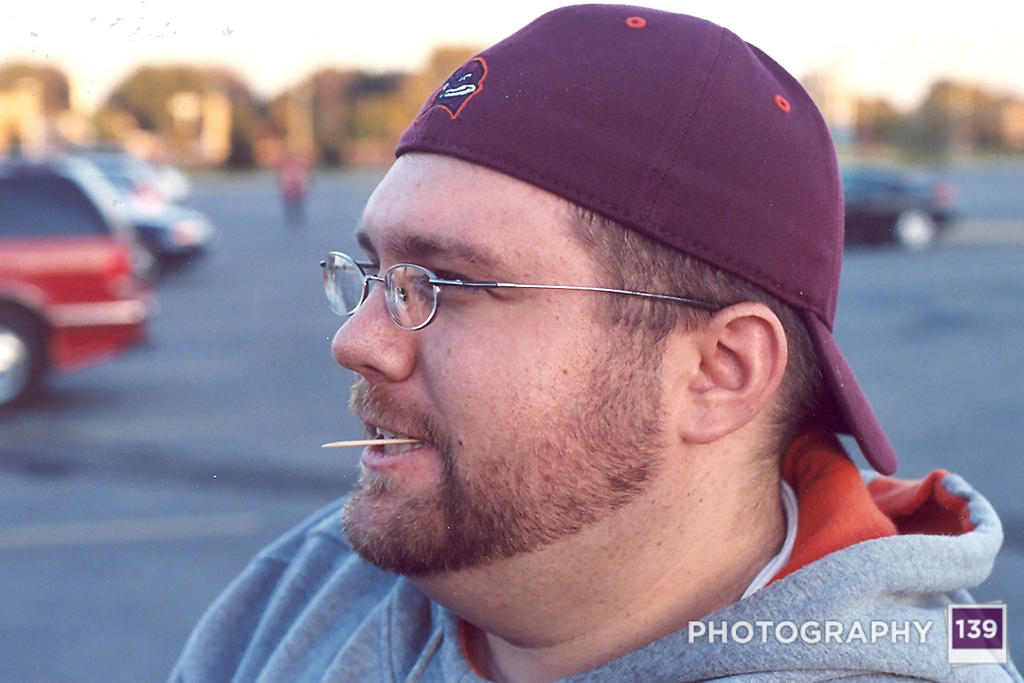 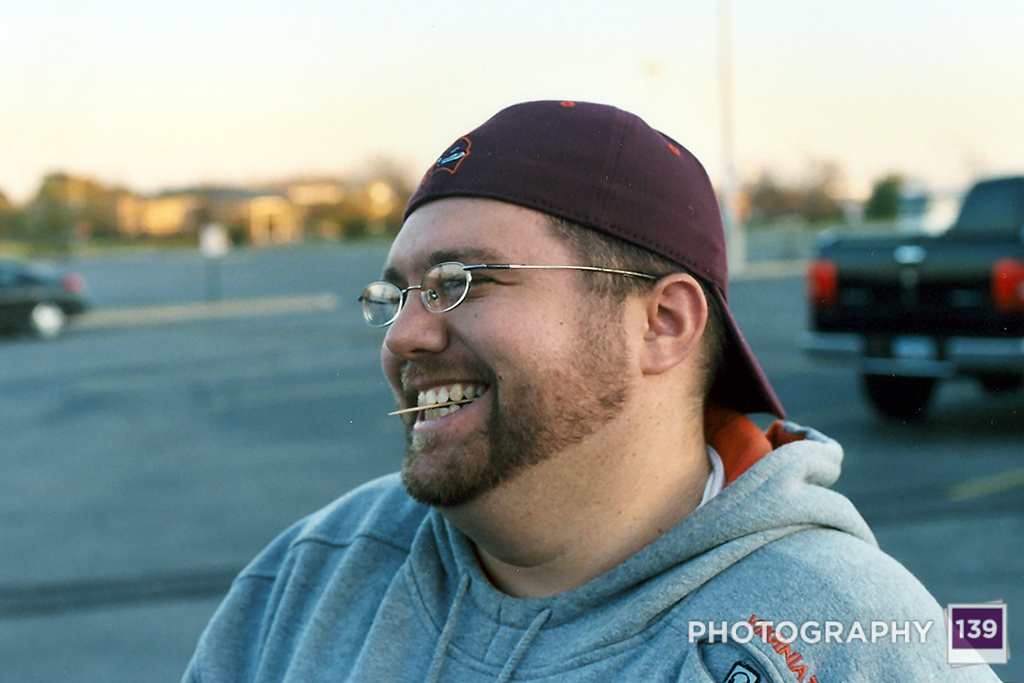 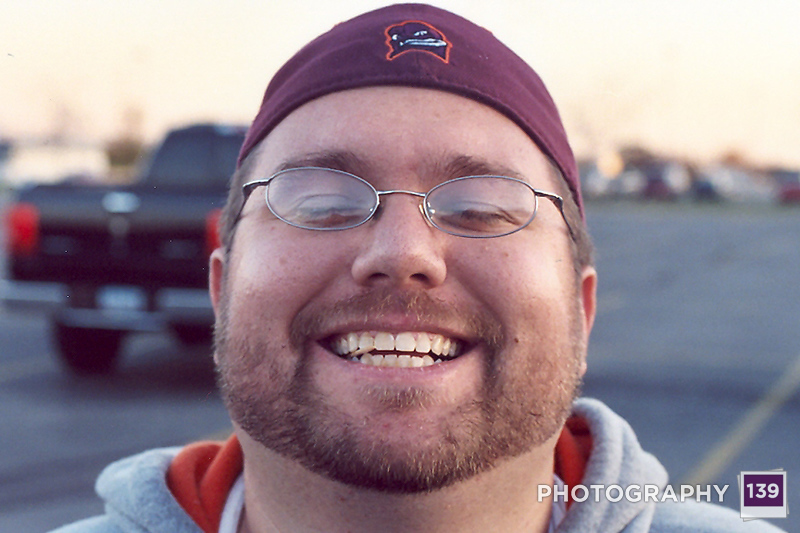 As you know, the second part about my theory is related to grooming. Jason tried to complicate my theory by growing a hybrid beard. The top of the beard is completely natural and allowed to run wild. However, he decided to get a little freaky (I must say that I do not like this aspect of his beard one bit) and shave the lower half of the beard. I was not able to gather enough data about his general demeanor to figure out where this creepy hybrid beard will fit into B.B.A.T. I hope that I’m never near enough to a hybrid beard again to collect such data.