Last week I had a heated debate with Andree, Russell and Andree about what is the best Asian restaurant in Ames. This happened because Andree had the temerity to badmouth Hu Hot. Somewhere in the debate, the good name CoCost was slandered, everybody agreed to the greatness of CHC and the restaurant China One International Buffet was discussed.

China One International Buffet was brought up by Andree as a place that I would love if I loved Buffet City. I do love Buffet City and sometimes I’ve been known to take their crayfish home to photograph, but that is another story.

A plan was hatched. Last night Jay and I met Jason, Andree and Russell after they concluded their work day at Principal and hit China One. We hit it hard. It was everything that Andree had hyped it up to be and I ate eel sushi.

After the meal was completed and we parted company with Andree and Russell, Jay, Jason and I loaded up into the Rideshare van and headed towards the Des Moines River because I wanted to snap off a couple of photos.

As we headed in that general direction we passed a parking ramp. I remembered a night after Sara’s graduation party where I stood outside that parking ramp in the middle of an ice storm lamenting the fact that this parking ramp was locked down tight as a drum.

I pointed out the parking ramp to Jason and told him how I wished that I was able to get to the top of that parking ramp.

He looked at me and said some magical words:

“I can get into that parking ramp with this card.” Then he picked up a card that was sitting near the dash.

“Then lets go to that parking ramp.”

We made a quick turn and entered the parking ramp. When we got to the top after about 10 minutes, the view was even more beautiful than I had dared hope. We were right across the street from the cheesy*, rotating cross that adorns the FUMC of Downtown Des Moines.

My only problem was that I wasn’t prepared for such a development. The lens that I wanted for this moment was sitting 30 miles away, in my car, in Huxley, attached to the Maxxum 5 (not to be mistaken for the Maxxum 5D). I was also planning on using a polarizing filter for when I came face to face with this beauty.

However, I shouldn’t complain. This was not the ideal circumstance, but I could get some shots and be satisfied with the knowledge that I could come back at a later date all prepared and with more time. As it turns out, Jason Baier makes a poor photo assistant with all of his whining about wanting to get home to see his family before he has to go to bed because he works at 7 in the morning. 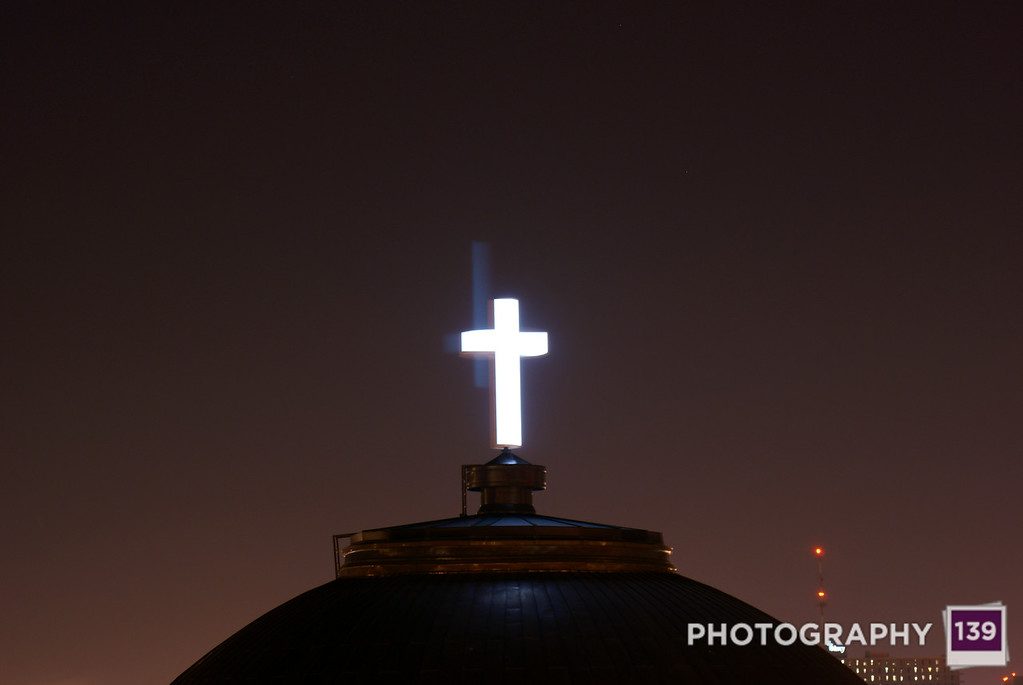 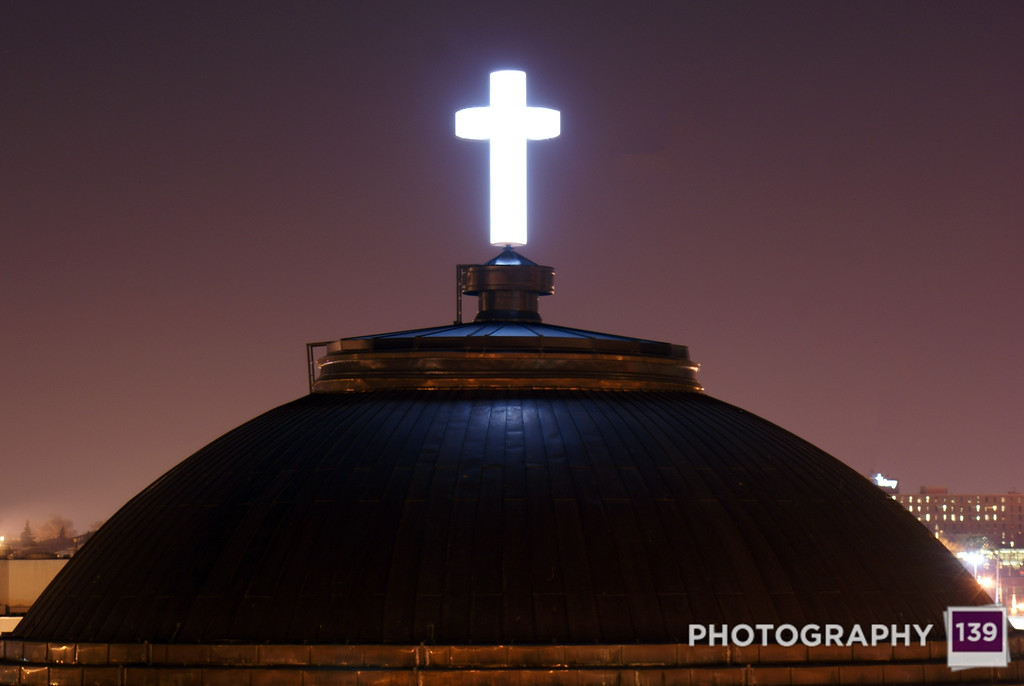 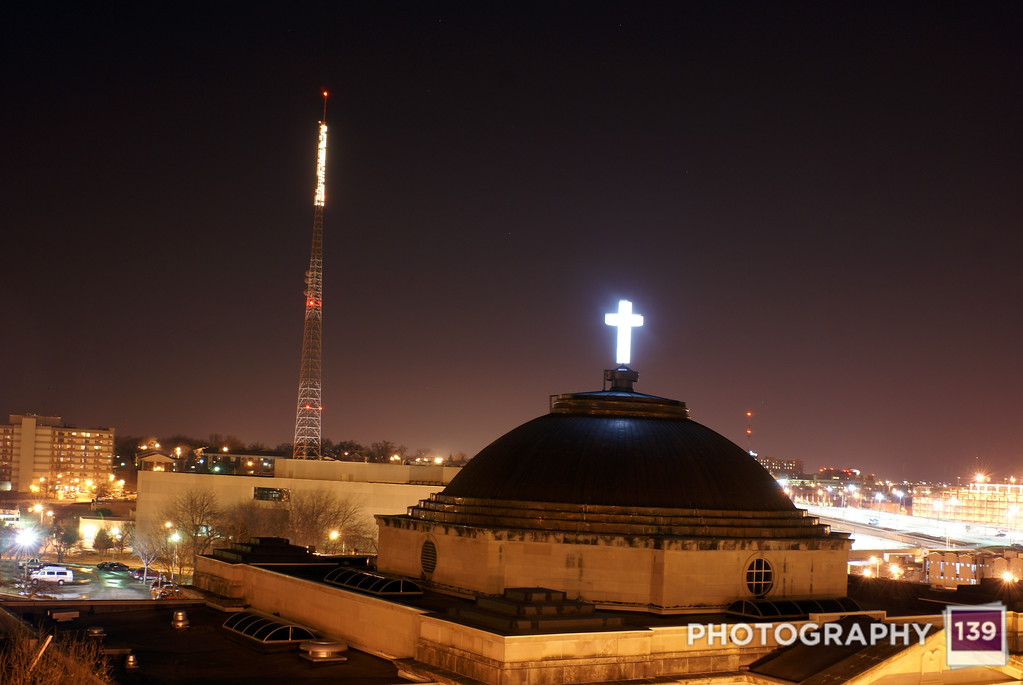 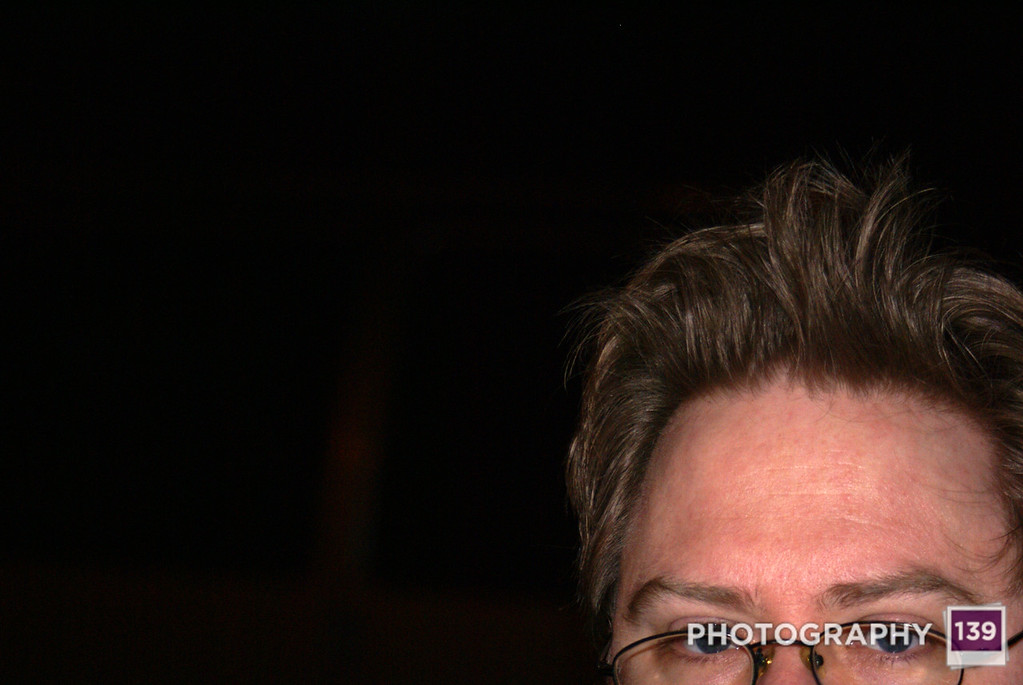 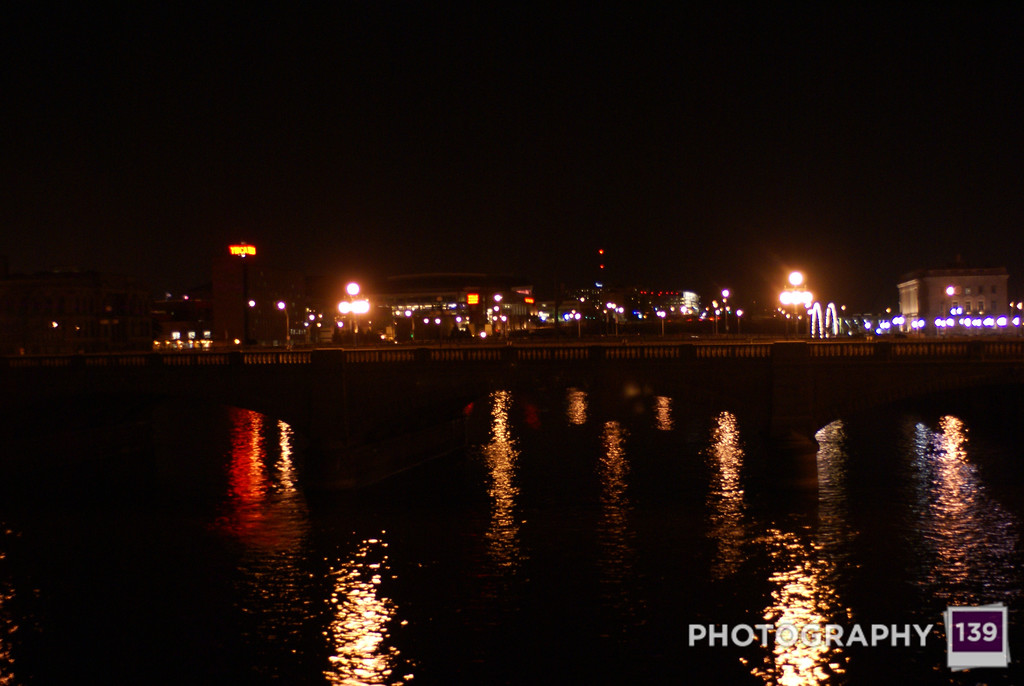 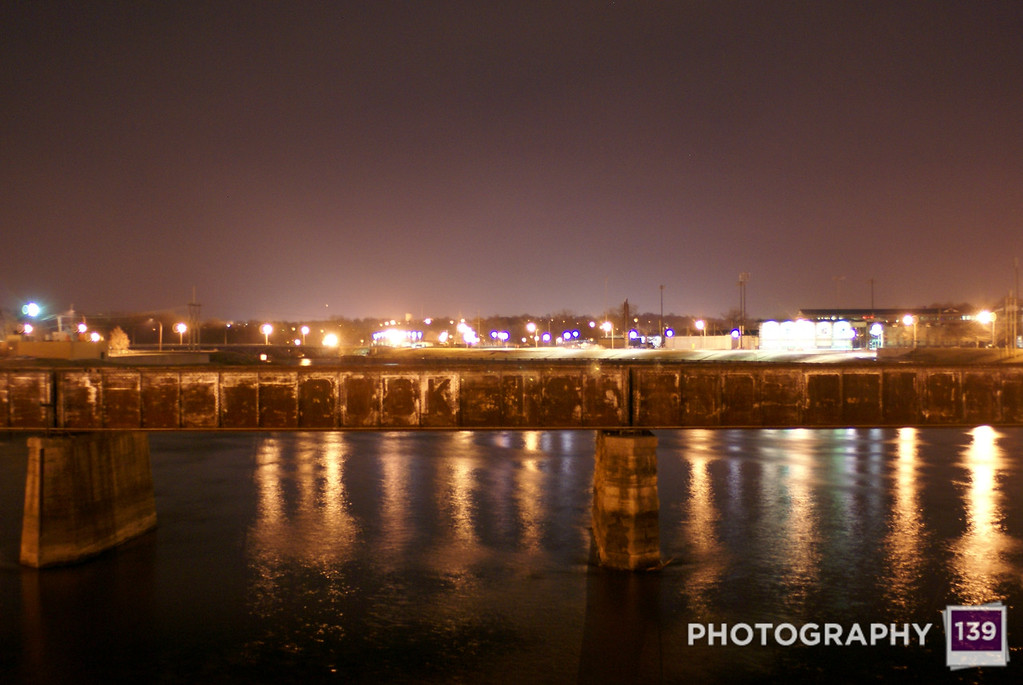 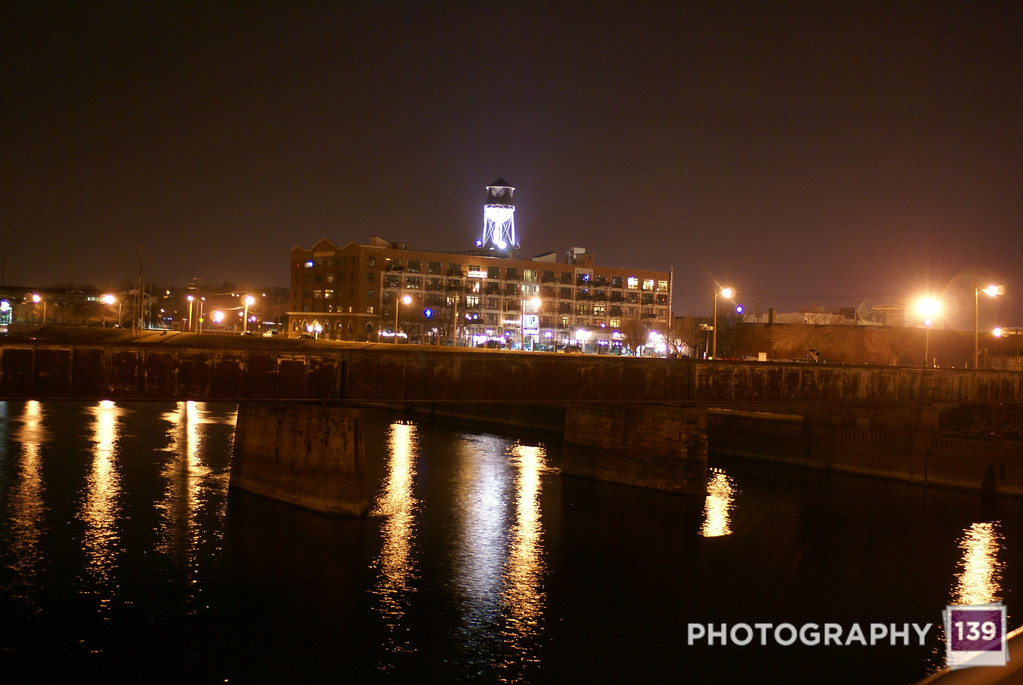 You might notice that some of these pictures are a bit crooked, more than usual. I broke the piece of my tripod off last night that I would use to straighten out the camera. I decided not to fix the slant in post to remind me of how angry I was when that piece broke of my tripod. I hope nobody thinks I’m into Dutch Angles.

*I do not condone the use of the word cheesy in connection with this beautiful cross, but I would not know this cross existed if Shannon wasn’t complaining about it being cheesy.