Friday night was the big Jay home cooked meal extravaganza. Willy choose not to join his brothers for this meal. Even though a week earlier he begged me not to go to the Ames on the Half Shell Appreciation Party because he needed a home cooked meal.

Although I was moved by his pleas, I had already made a commitment to attend the party and I was looking forward to getting the sweet AOTHS calendar that Shannon had designed.

Because I could only make an appearance at FNSC on that Friday Jay and Willy held a weenie roast in Willy’s garage. I stayed at the weenie roast log enough to eat a couple dogs and clean the gutters of Willy’s garage because… well if you know Willy, you know why.

Let us just say that because the gutters were clogged, rainwater was pouring out of the gutter and nearly falling onto the grill.

“What are we going to do about this?” was the question of the night. So I grabbed Willy’s ladder and unclogged his gutter and the weenie roast was saved.

I don’t like to brag, but the word hero was mentioned a couple times.

Well below is a very poor camera phone picture of what Wily missed. 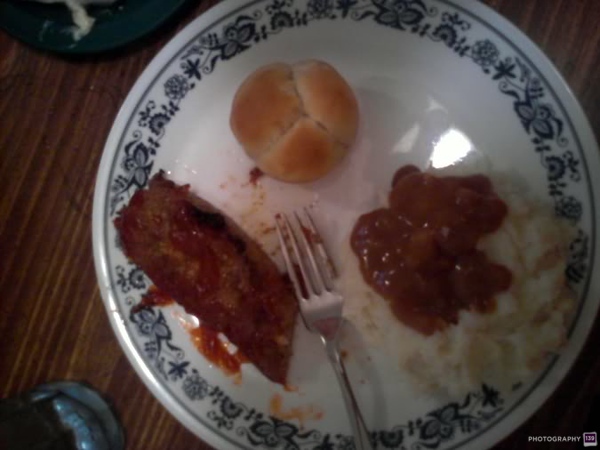 You will have to trust me that it tasted much better than this picture makes it look.

Another highlight of the night was Auxiliary Member Jesse Howard’s presence. Plus Kelly, Kalista, Saydie and Taylan all became full Auxiliary Members. So despite the fact that Willy shafted his brethren, it was a successful evening.