I’ve heard the story, but what is most intriguing about the story to me is why he would chop down the tree?

When I moved into my home, I had two mystery trees in the backyard. My hope of hopes was that they were cherry trees. However, the people that examined them determined them to be magnolia or crabapple trees.

As the fates would have it, they were wrong. I have two cherry trees.

Although I did not know that I had cherry trees, every bird in the county did know about my trees. I was warned that I needed to cover the trees with nets to prevent these flying thieves (with apologies to the Bible, they didn’t reap or sow) from making off with my cherries.

I purchased the requisite net and Jesse and I spent close to an hour getting it over the trees. 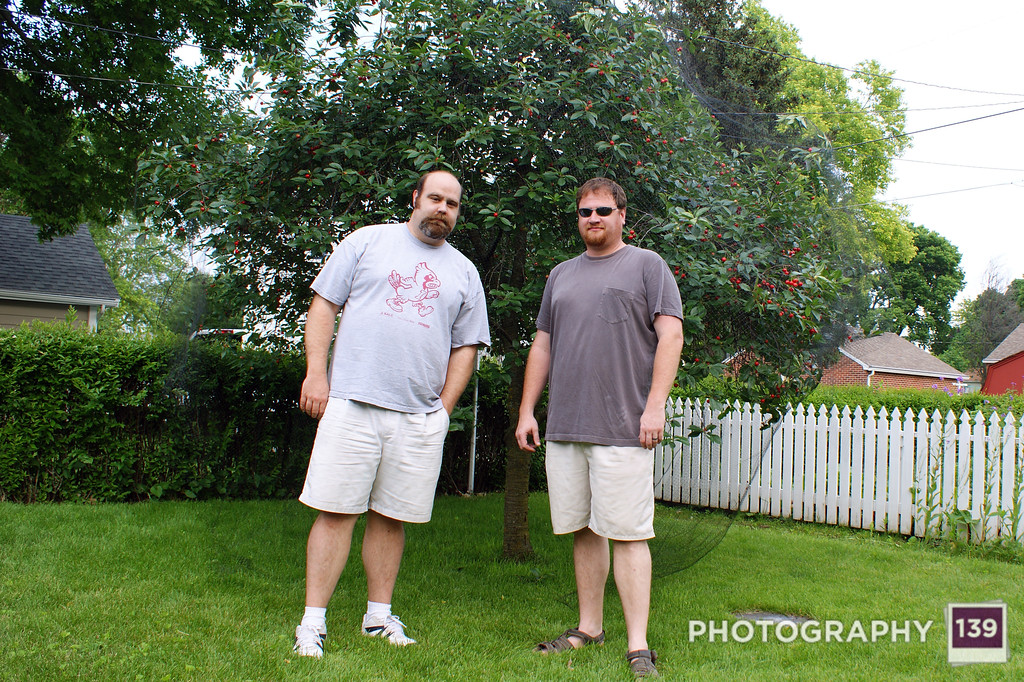 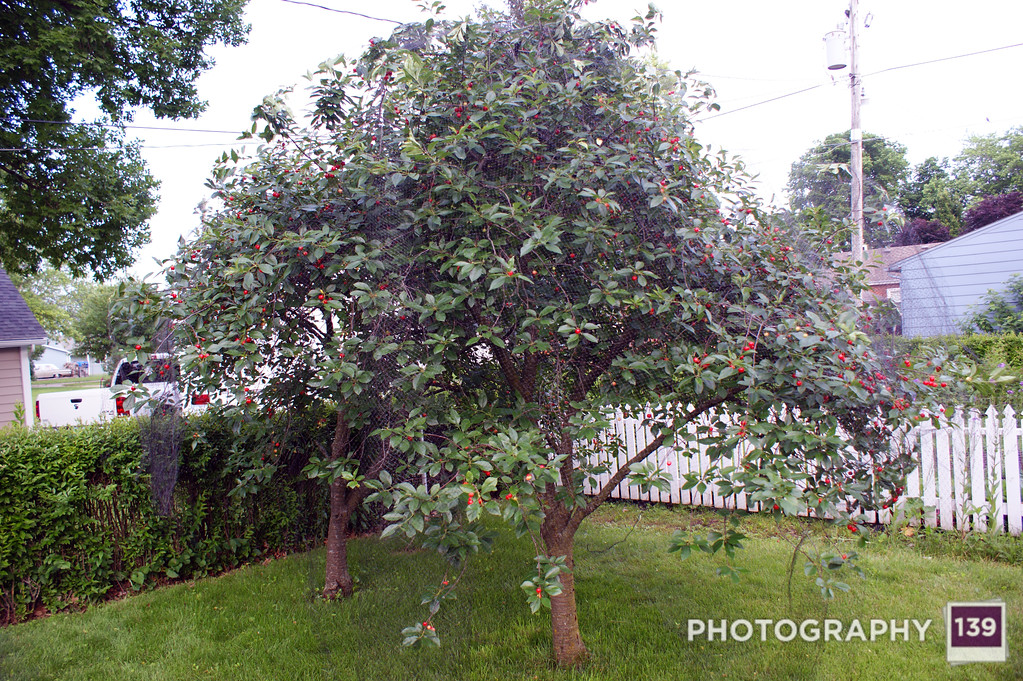 After the nets were up, I ran a sample batch of cherries over to Shannon, my cherry expert, for a determination on whether or not they were ready for picking. 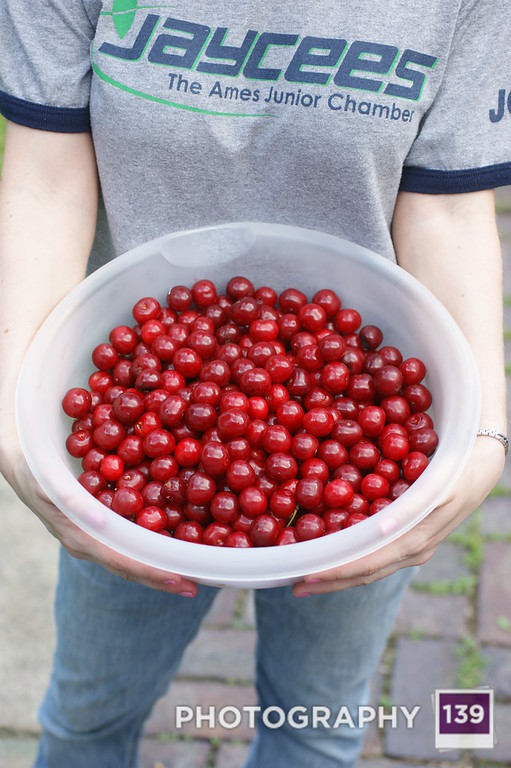 Shannon with the Bounty 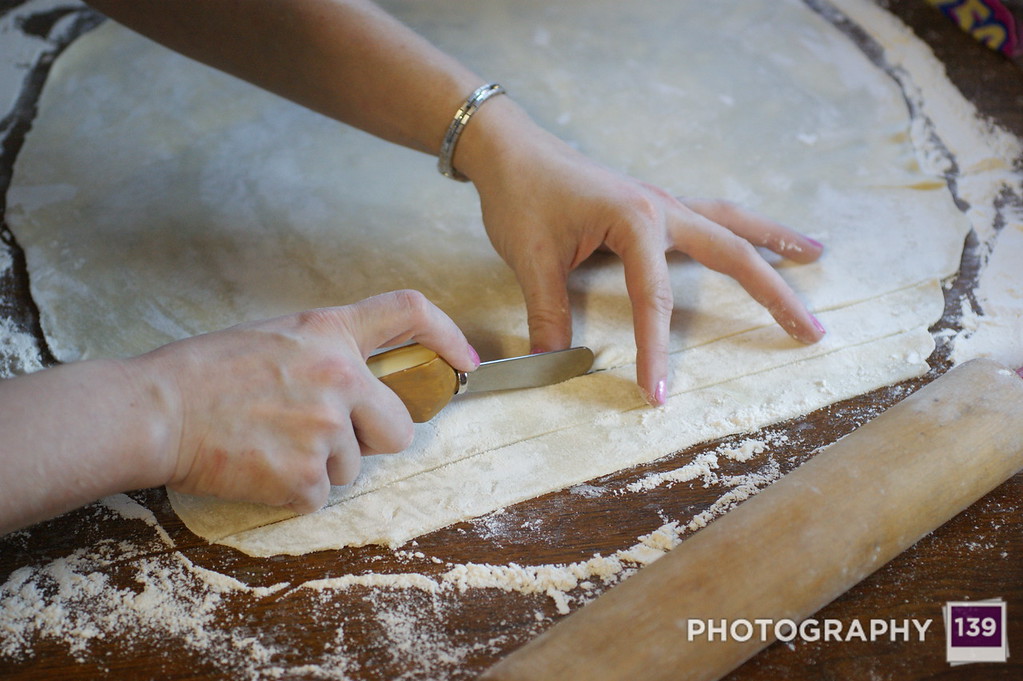 Cutting the lattice. It was the first time this cheese spreader had been removed from its box.

Shannon making a mess in my kitchen. Actually Shannon still owes me one mess, because I recently tracked mud into her apartment and also left a sizable mess behind when we bound calendars. So I’m up on her 2 messes to 1.

Shannon rolling out the pie crust. Both Jen and Shannon are tremendous pie crust snobs. Neither will even consider the remote possibility that a person could make a pie with anything other than crust made from scratch. 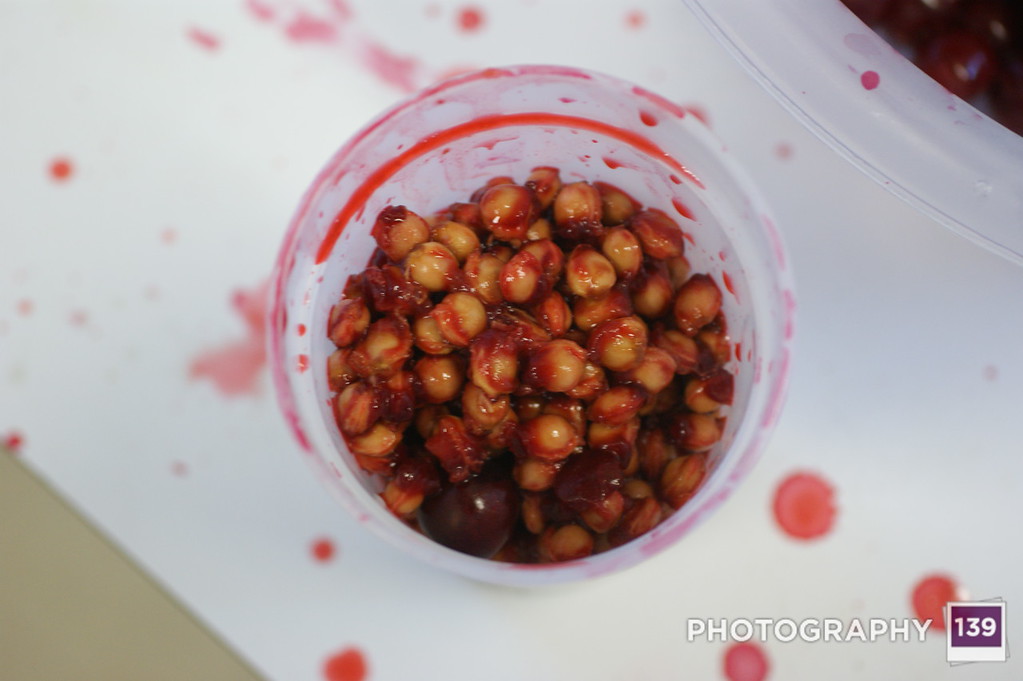 Removing the pits from cherries is a messy business. 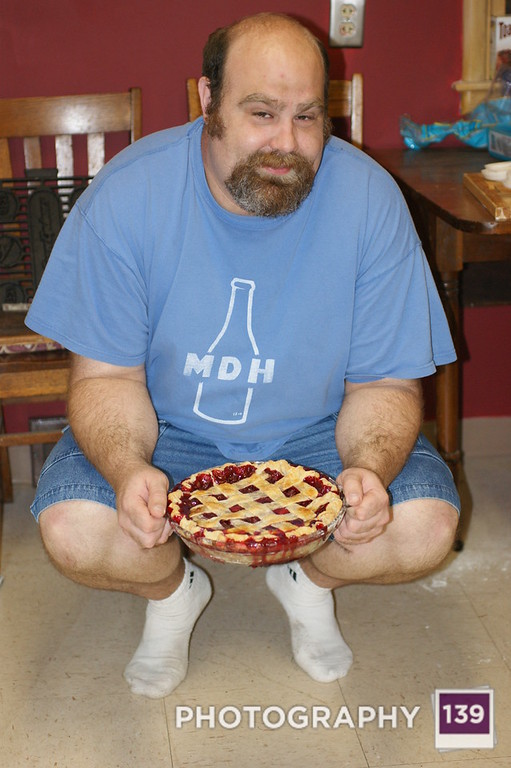 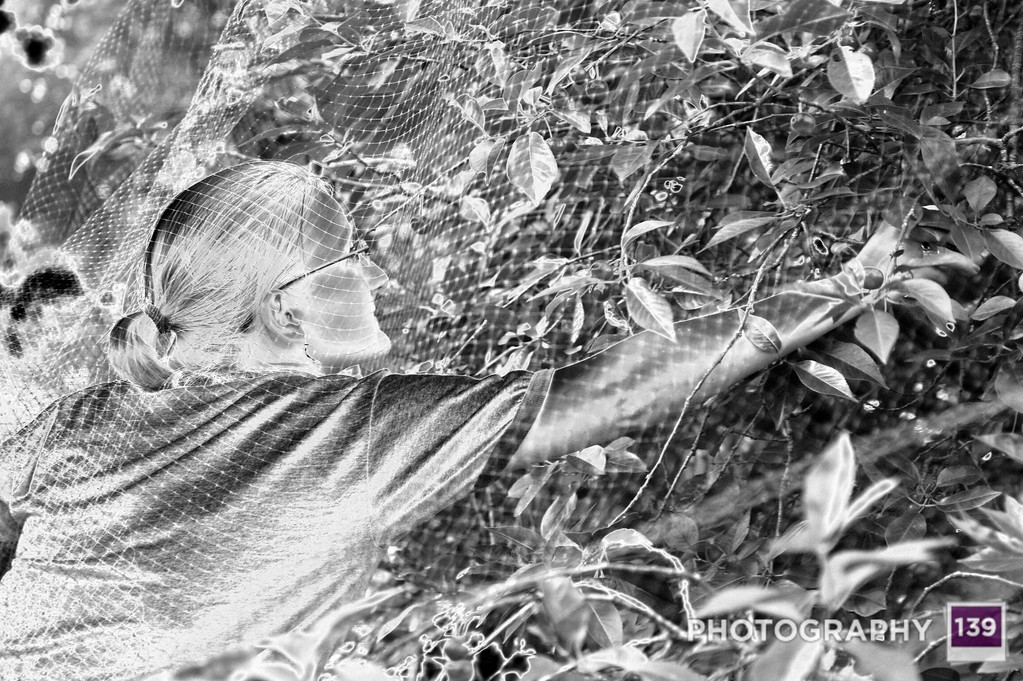