When I posted the picture below, I promised more information on Alligator Shirt Day.

Jill on the day that Alligator Shirt Day was invented.
The truth is that it isn’t much of a story.
A couple of years ago my mom went to Florida to visit some family. Of all of the places that they visited, I think that her favorite was St. Augustine. While she was in St. Augustine, she picked me up a souvenir. A black t-shirt with an alligator on its front.

If you can claim to know me at all, you know I am a fan of alligators. You also know that I have a severe weakness for monster movies.

When I was a small child I watched a movie called Alligator. Very few movies have influenced the man that I have become like Alligator. (Shaft, Beyond the Valley of the Dolls, Cannibal Ferox, Zardoz, Smokey and the Bandit, Every Which Way But Loose and The Duel to name a few.)

The basic premise of Alligator is that a little kid gets a baby alligator as a pet at a fair of some kind. The kid’s dad is a big jerk and flushes the baby gator down the toilet. The baby alligator lives in the sewers of a major city. Then after 20 years the gator busts through a city street and crashes a wedding among other venues. It is basically Jaws with an alligator instead of a shark. It is not anywhere as well made, but that is part of its charm.

I watched this movie with my dad when we still lived on West 15th Street.

When we lived on West 15th Street, we had an aquarium in the kitchen. Well, where else would you put an aquarium?

Occasionally we would put newts in this aquarium. The interesting thing about newts is that they have no problem escaping aquariums. This freaked my mom out.

Although I have my doubts that she watched very much of Alligator, it left enough of an impression on her that she was always worried that these escaped newts were living under the house (it didn’t really have a basement, more of a cellar) and growing to monstrous proportions.

That house isn’t there any longer and I never read any newspaper article claiming that giant newts went on a rampage in west Boone after being discovered under a demolished house.

Although the odds are against it, I like to think that the giant newts moved on after we moved out and are living in the woods just outside of Boone. Waiting. Just waiting.

This brings me to the day of the picture above.

Jill and I were going to go cruising around in her car. But as it turned out it rained that day. This sudden unexpected rainfall was caused by Jill washing her car. She has those kind of powers. We still cruised the car, but with the top up.

We ended up at Jen and Derrick’s.

While we were conversing with Derrick, Jill brought up that their dad had brought her back 3 new shirts from his latest Boy Scout camping trip. 1 of these shirts had an alligator on it. She seemed less than impressed with this shirt.

I brought up the fact that I also had an awesome alligator shirt, but I never have a special enough occasion to wear it.

We struck a deal that we would declare one of the days of next year’s The Road Trip to be Alligator Shirt Day and we would wear our shirts.

When I returned home that evening I looked through my closet and found my alligator shirt. I looked at it and thought, “You will get to leave the closet in about one more year.”

A couple of days later I was wandering the shafts of the Computer Mine, when I ran into Coreen. She was sporting a shirt with a crocodile on it that came from the Vacation Bible School that she ran this Summer.

I commented on how I admired her crocodile shirt and I told her about my alligator shirt and the deal that Jill and I had brokered.

She pointed out that if I wore my shirt to work, she would also wear her shirt and we could have Alligator Shirt Day at work.

It seemed like a magnificent idea. So magnificent we had our picture taken to remember the day. 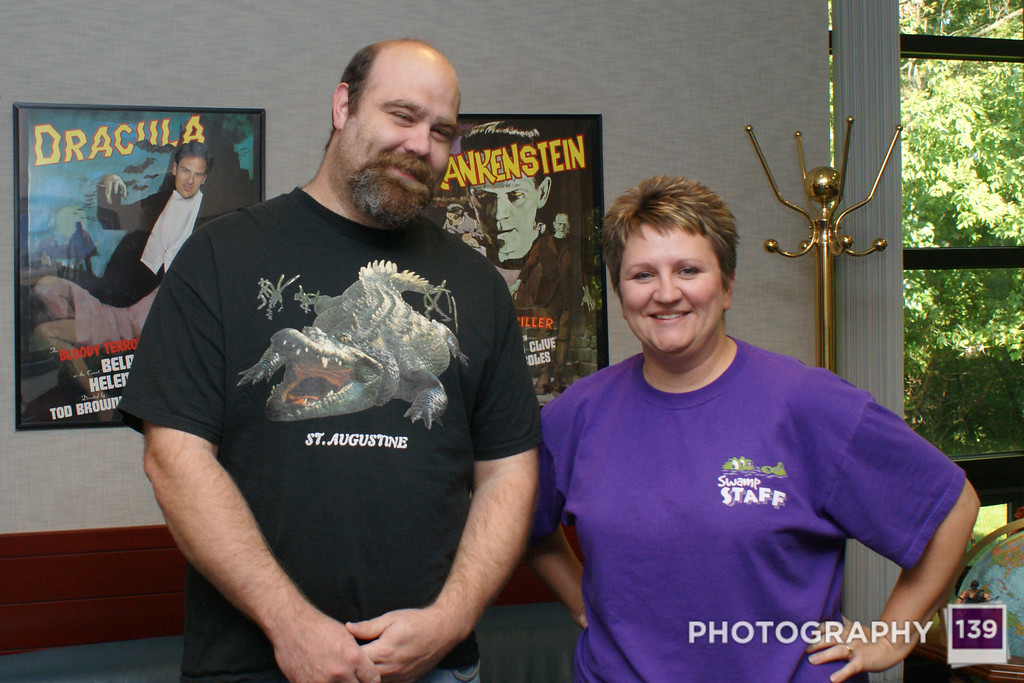 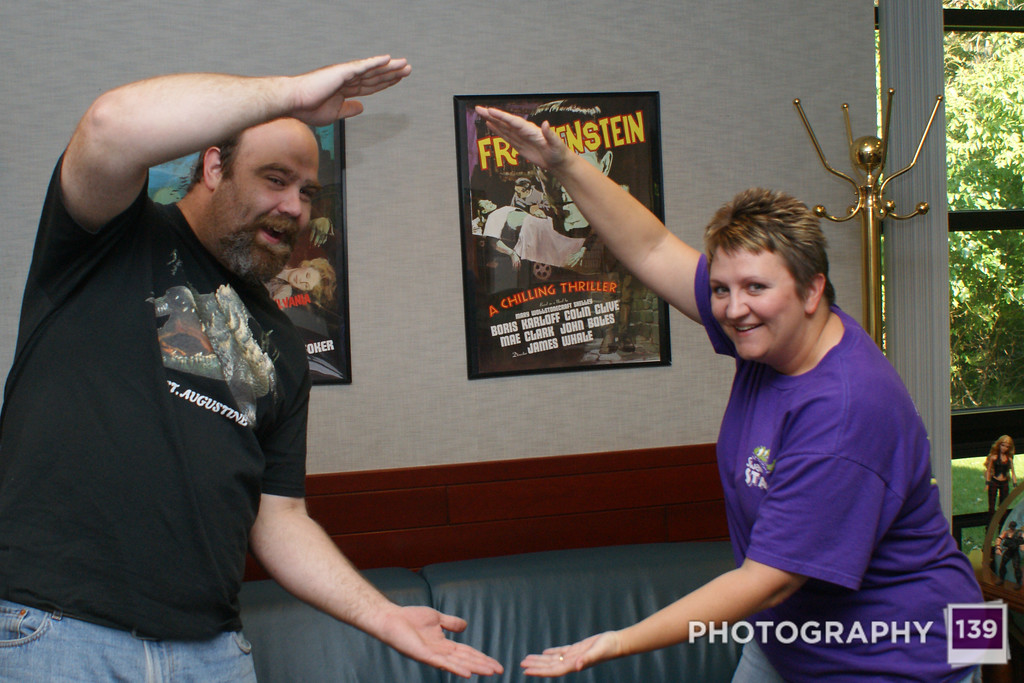 I don’t know that this new holiday that I have invented will take off, but I have a good feeling about it.

By the way, this is journal entry #2 of 5 that are about groups I am in that have matching shirts. The Knocker Walkers, The Alligator Shirt People…