I want to dip back into the archives one more time.

Monday night, Scottie D. and I hit the open road on our first foray out into the backwaters of Iowa to find the best tenderloin in the state. We had a little pre-season hiccup out to the Lake Shore Cafe, but now it was time to get serious.

Last year BK’s tenderloin placed second in the state according to the Pork Association. Well BK’s is in Ogden and Ogden is virtually Boone’s backyard. It seemed a very logical place to begin our quest.

However this tale was almost a sad tale. A sad tale that could be recounted with bitterness by an old man in a bar. “Yes, it’s very pretty. I heard a story once – as a matter of fact, I’ve heard a lot of stories in my time. They went along with the sound of a tinny piano playing in the parlor downstairs. ‘Mister, I met a tenderloin once when I was a kid,’ it always began.”*

You see it occurred to me that many small town drinking and eating establishments close on Mondays. I suggested to Scottie D. that we should call over to Ogden and confirm that BK’s was in fact open.

Scottie D. thought it was a wonderful idea, so he called ahead.

At first it was bliss! They were open until 11 PM.

Then there was agony! They were out of tenderloins.

The place had been ransacked during Ogden Fun Days and the woman that made the tenderloins would not be in that day, but they would have tenderloins again starting Tuesday. Oh the humanity!

This is Iowa and we were not without options. I suggested we try The Suburban in Gilbert. Their tenderloin placed third either last year or the year before. However, I noted this was another small town restaurant. It might not be open on a Monday.

Scottie D. called up to Gilbert.

Agony again! The Suburban is not open on Mondays.

However, we were not to be denied.

Scottie D. suggested that we call back to BK’s and see if we could sweet talk them into making a special exception for us. We aren’t John Q. Public after all. We are the Society for Tenderloin Excellence.

Scottie D. dialed BK’s back up and gave the lady on the other end of the line a sad tale about 2 guys traveling the state looking for the best tenderloin. His sad song must of worked. The lady said that she would call the woman that makes the tenderloin and see if she would be willing to come in and make us two special tenderloins.

We gave them 5 minutes to make arrangements and called them back.

Oh sweet bliss! The genius behind the BK tenderloin agreed to come in and make 2 tenderloins special for us.

I can’t tell you too much about the tenderloin. Most of that will be saved for the final reveal when we proclaim one tenderloin to be the king of all tenderloins. I can share some pictures from the event though. 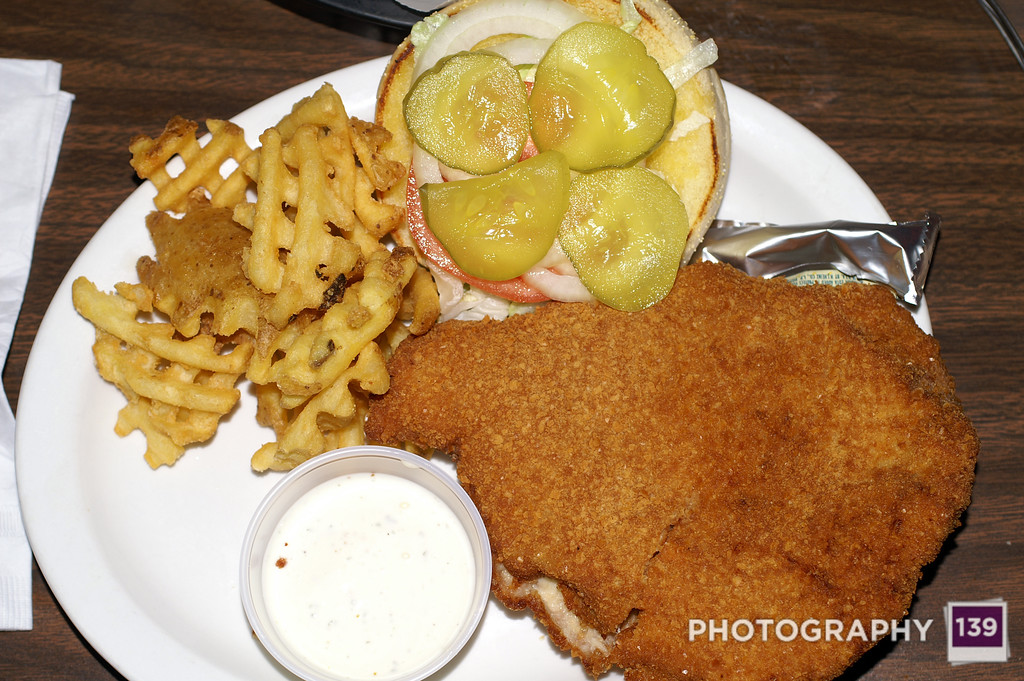 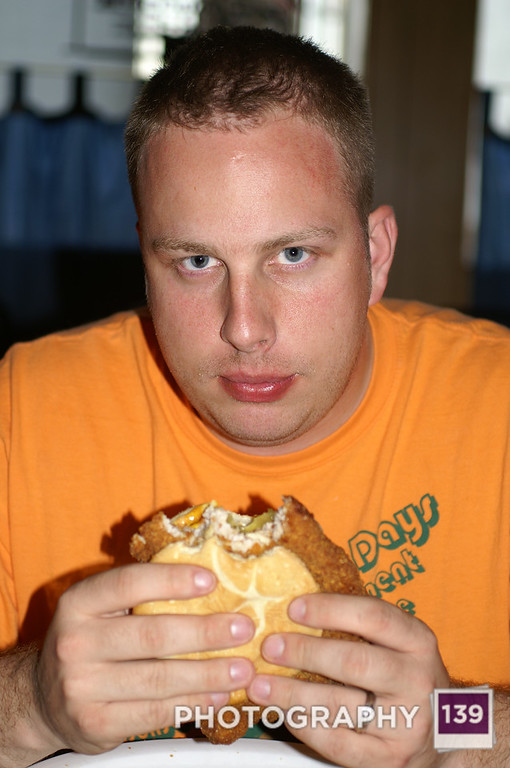 BK’s Tenderloin, the Awesome Lady that invented it and made it and Scottie D.

While we were talking to the owner of BK’s, we learned that it is a firmly held belief in Ogden that this tenderloin would have won the top prize from the Pork Association last year, but the mastermind wasn’t there to cook it for them. Sadly, the guy who did cook the tenderloin for the judges burned it. It still took second place though.

You have to love a tenderloin that is served with a side order of town lore.

*Also extra points go to anybody that knows what movie this references.

My memory fails me, but I think only Dawn picked up the reference last time.

3 thoughts on “What is He Getting At?”