When I first began my sentence with the Boone Outpost of the Evil Clown Empire, there was a ludicrous sign posted in the crew room that had this observation written on it. I’m not sure who put the sign up or who they were trying to fool or how much they were trying to lie themselves, but the wage slaves of this joint were at least 60% high school students or middle aged women. Talking about other people is what high school students and middle aged women do.

If that sign is to be believed, I hang out with lots of “small people” because when my entourage and I are hanging around the Photography 139 water cooler, a popular topic of conversation is: “What is the dumbest thing Shannon Bardole has ever done?”

Recently Shannon took this topic of discussion off the table forever. Recently Shannon did something so foolish, so ill-conceived that there is no longer even the minutest amount of room for debate.

When I moved into my humble abode I found a few things that the previous occupants left behind. Amongst those things was two jars of pickles.

My first (and the only rational inclination) was to dispose of these potentially toxic inedibles in the nearest refuse bin and forget that they ever existed.

I did not do what logic and safety dictates because Shannon insisted that she would like to try these homemade pickles that she had no information on. I mostly thought she was blowing hot air as people are prone to do, but I maintained ownership of the pickles just in case. 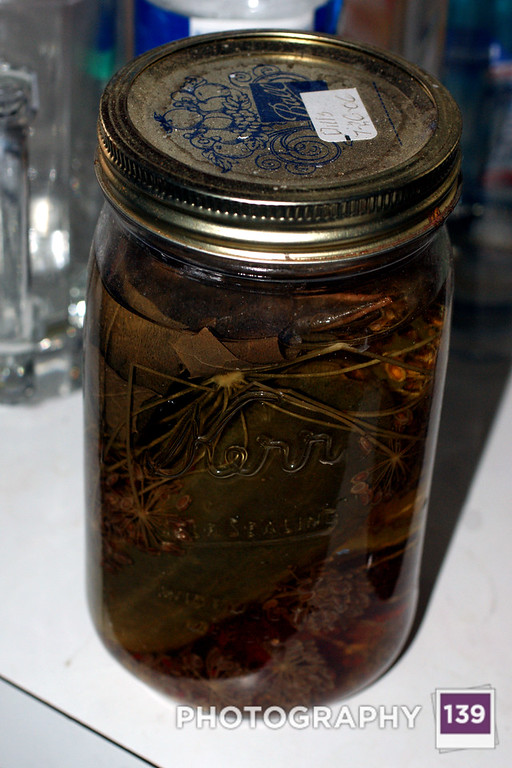 On the night of my Birthday Barbecue she did in fact remove a pickle from this jar and eat at least 50% of the pickle.

That was over a month ago and last I knew Shannon was still alive, but eating a pickle from this jar is still “The Dumbest Thing Shannon Bardole has Ever Done”.

On a completely unrelated note, she also recently jumped out of a plane. Here are some pictures:

The Pilot Explaining Aviation to Todd

It is surprising what passes for “Authorized Activities” in this day and age.

Shannon did not get to jump on the first day because it was too windy and she is too Lilliputian.

Oh, I have slipped the surly bonds of earth,
And danced the skies on laughter-silvered wings;

You have not dreamed of…wheeled and soared and swung
High in the sunlit silence. Hov’ring there,

It is hard to figure out what happened in the previous picture, so hopefully this helps.

I’ve chased the shouting wind along, and flung
My eager craft through footless halls of air.

Up, up, the long, delirious burning blue
I’ve topped the windswept heights with easy grace

Where never lark, nor even eagle flew.
And while with silent, lifting mind I’ve trod

The high untrespassed sanctity of space…
…put out my hand, and touched the face of God.

I should have found a longer poem.

Almost to the Ground

Packing up and Going Home

This is kind of a random image. Todd wanted me to take a picture of the barbed wire, so here is that picture.

6 thoughts on “The Dumbest Thing Shannon Bardole has Ever Done”