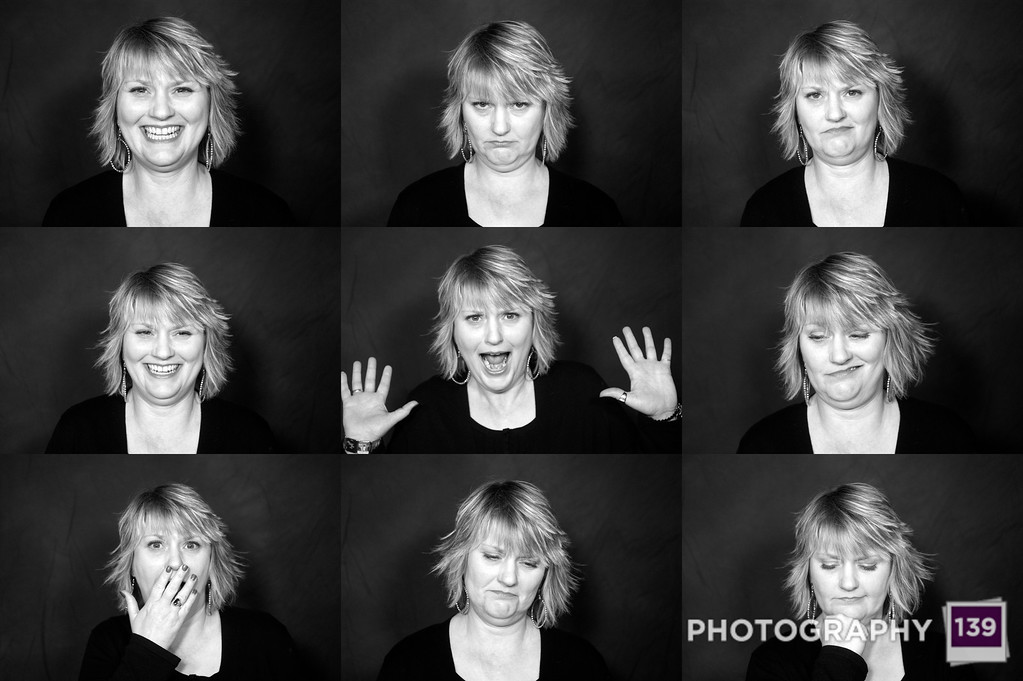 Of all the people I have ever met in my life, perhaps only Marla Gorshe hates having her picture taken more than Cousin Amy. So I was very pleased when Sara was able to talk her into posing for this latest Personal Photo Project. The fact that she was the very first person to pose for the picture showed an amount of bravery that I respect.

The 9 emotions are from left to right – top to bottom are:

This is the project that will in the end replace the Friend Wall. I was originally going to photograph 9 people since I had 9 emotions, but now I think that I might expand this photo project to include more than 9 people because I have been very pleased with the results of the 4.5 people that have posed for it thus far.

A closer look at the 9 emotions: 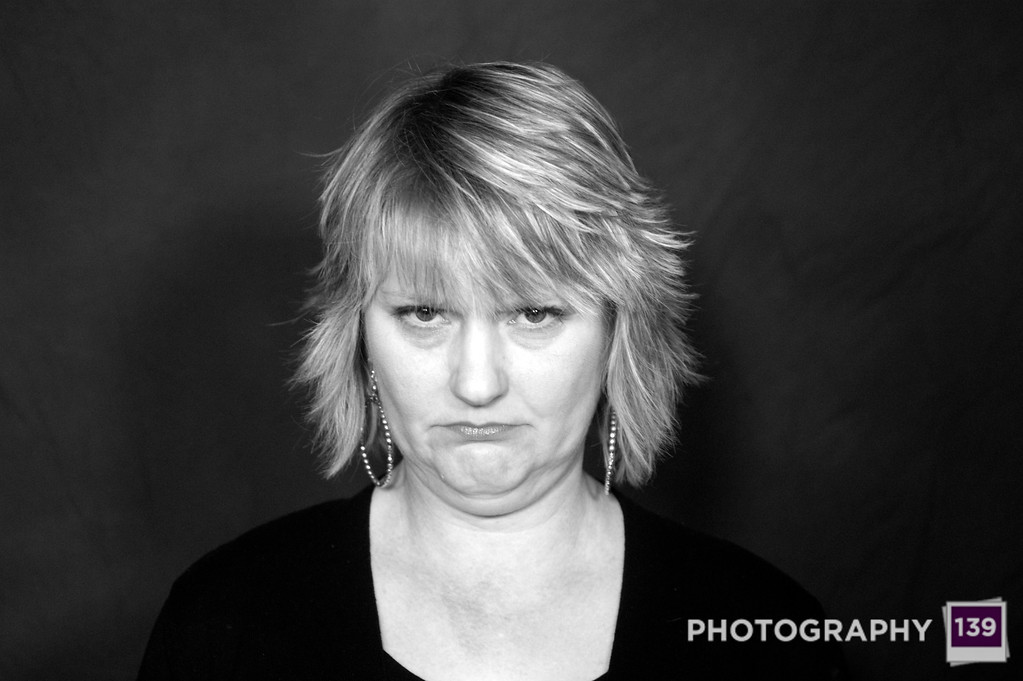 It has been said that the best artists are the artists that best hide their inspirations, but I’ll just tell you flat out that this idea is being lifted from a page in the new Jon Stewart book.

Next week’s Personal Photo Project of the Week will be Valentine’s Day related.

2 thoughts on “Personal Photo Project of the Week #54”