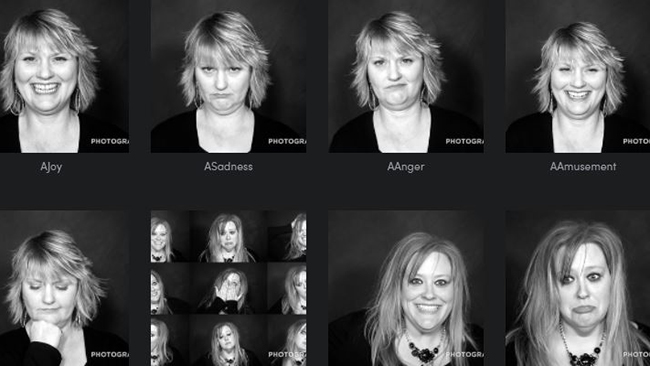 Sara was the 2nd person to pose for this project. A reminder, the 9 emotions from left to right – top to bottom:

A closer look at Sara and the 9 emotions:

I have completed the photos of all 9 people, but I realize now that at this rate of publishing, they won’t all get published until May, so after this week I will start publishing in pairs.

Next week’s Personal Photo Project will hopefully involve film again. I bought a toy pinhole camera several months back and I’m just waiting to get the roll of film back from the developers.

Since I’ve never used this camera before, that roll of film would best be described as experimental, therefore I just hope that something even turns out at all.

If not, next week I’ll publish the 9 Emotions pictures for Jen and Derrick.

3 thoughts on “Personal Photo Project of the Week #57”