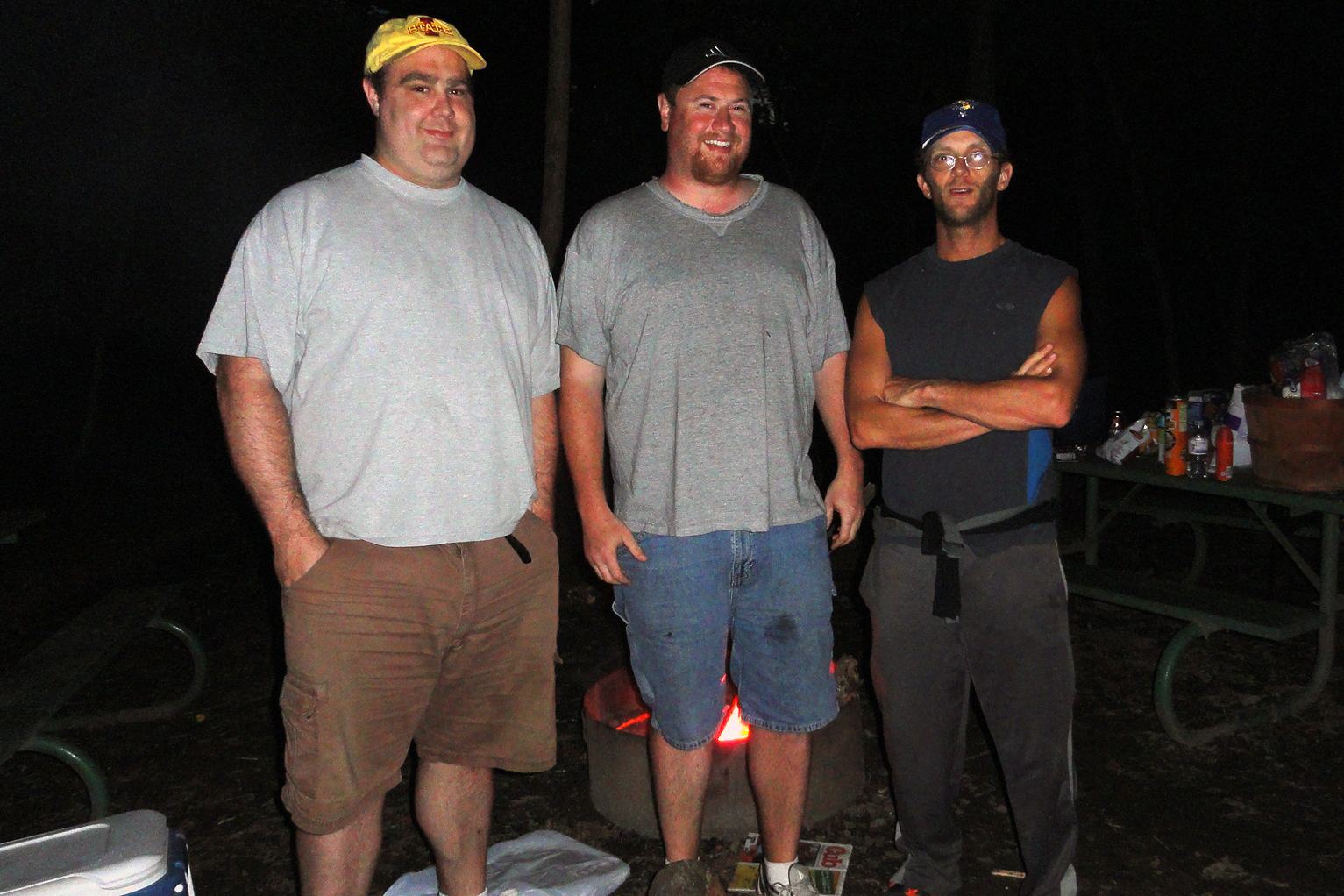 Not really sure why I entitled this journal entry Guy’s Night because it isn’t as if this group of friends has a shortage of Guys’ Nights. However, it has been awhile since Jesse, Willy, Jay (unpictured party pooper), and I have spent a night in the woods communing with nature, fire, and the dirty raccoons that try to sneak up on us and steal from our picnic baskets.

I didn’t take many pictures of what was an epic night. We got to listen to the antics of the date rapists (frat guys, so I just assume) one campsite to the south of us and the hippie flower children beating on their drums one campsite to our north. However, despite the fact that we are rapidly becoming old men, our 3 man party (the best type of party, right?) lasted at least a good hour or two longer than their weak sauce parties.

Here are a few pictures from Guys’ Night Campathon 2011:

The last 2 pictures are of a hot dog that Jesse claimed had “mystic” powers.

Next week’s Wednesday random collection is of some work I did for the United Way.