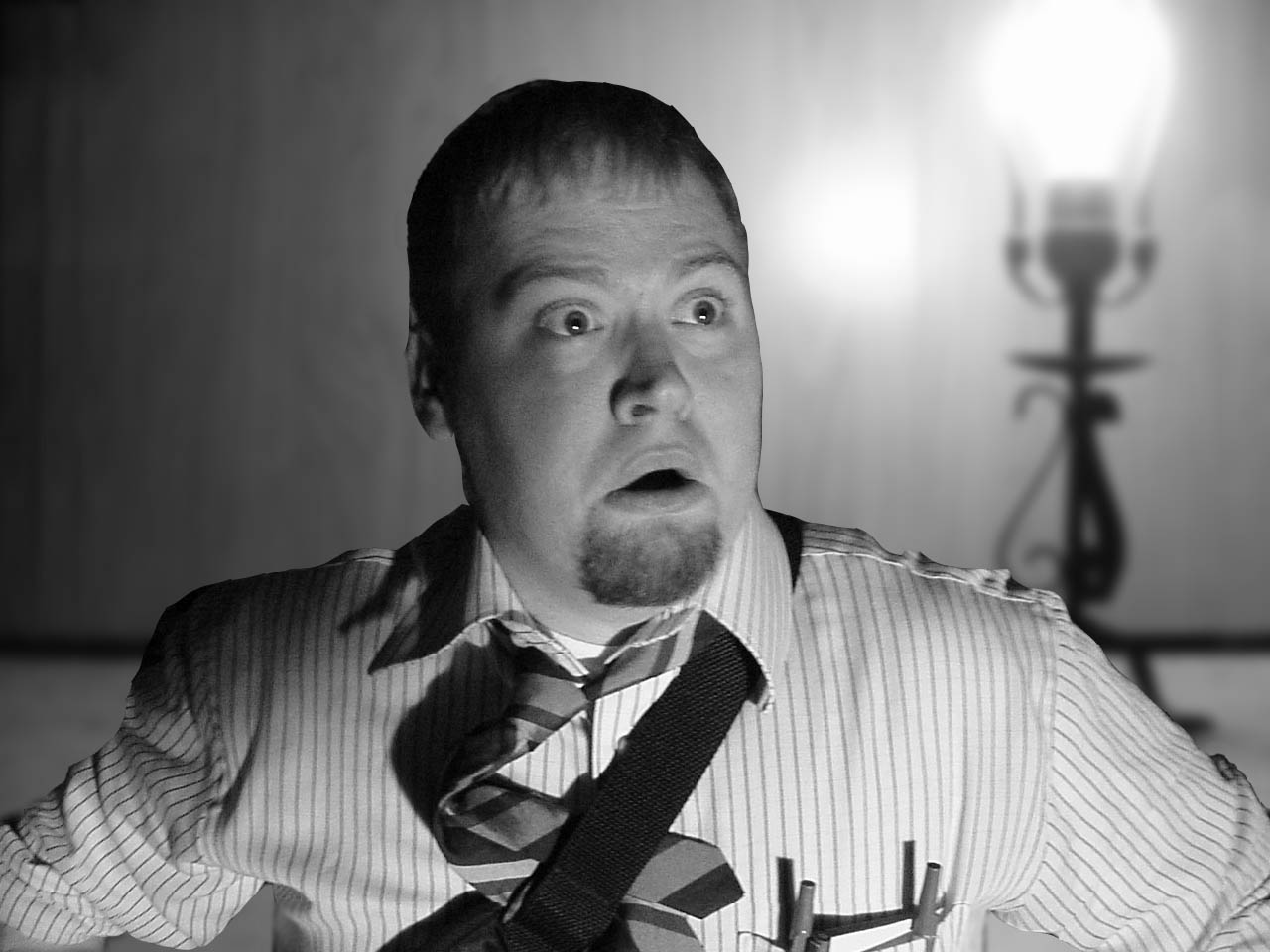 These images come from the following folder:

Me and my chums have attempted to make many a film over the years:

But the only one that I am even remotely proud of is Project Universe. That might be because it was one of the few films we ever finished. It might also be because it is the film that I had hardly nothing to do with making. My title was “Director of Photography” and I appeared in only one scene in the movie. But it remains the best film I ever participated in making. There isn’t a close second.

Project Universe is Andy’s dream. It stars Jay and a couple of stuffed animals. Project Universe is a still picture movie. It was shot digitally on a a digital camera that took floppy disks. Only 3 pictures could be stored on each floppy disk. It was shot in downtown Ames, on the beautiful Iowa State campus, and mostly in Carrie’s parents’ garage.

Some of these pictures are behind the scene shots. The rest are taken directly from the movie.

More of Andy checking his storyboard.

Andy getting in depth about the dinosaur sequence.

Jay running over the back of the dinosaur.

If you ever want to view Project Universe or any of our other filming attempts, I know a guy that can arrange a viewing.