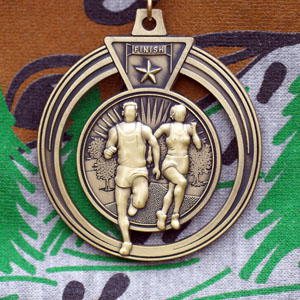 My man Willy McAlpine (I think he should run under the name Willis McAlpine, but that is just me) recently entered and dominated a 5K in Nevada.

He won the event by almost 2 full minutes. A domination that I hope does not deter future runners from competing against him.

Here are a few pictures of the Champion and his medal: I have yet to witness Willy run in person this year, but I believe that I will get the opportunity again in the near future.