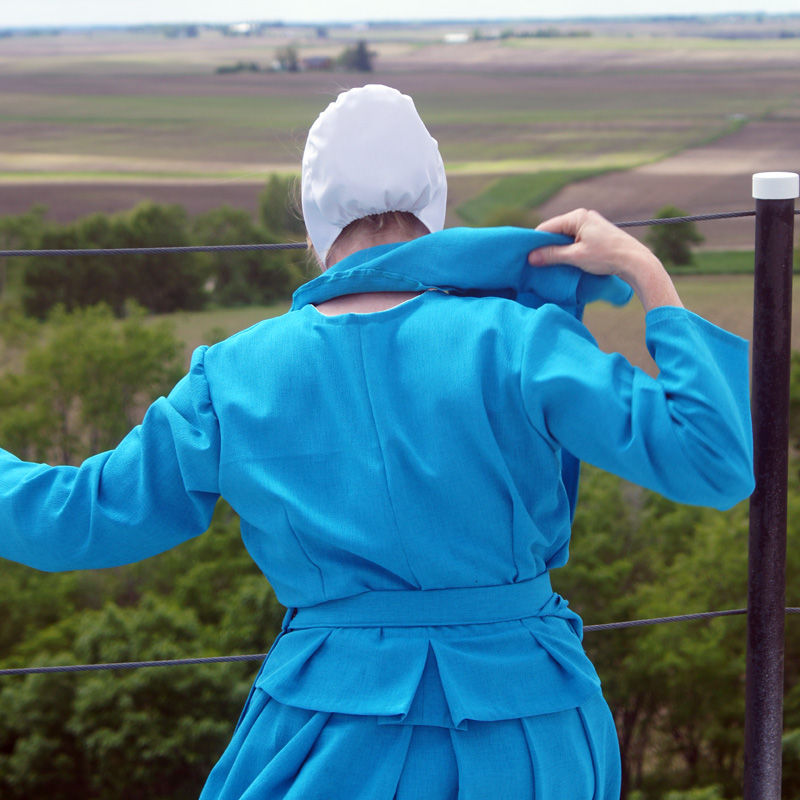 After 2 failed years of trying to snag an invite to Love Feast, I finally scored one in 2013. It was a pretty amazing experience (I would tell you more about Love Feast, but you have to ask) and the bonus surprise was the old army radar tower.

Funk had always told me that she grew up on an old army base from the 1950s. I never really believed her because it didn’t make sense to me that there was an army base so near to my front door, and I had never even known of its existence.

The cool thing about the radar tower is that it is built to 1950s ideas of safety. Meaning the steps are small and the railing is short. Since this is private land and not a park, the railing on the observation deck consists of two cables. Before I made the ascent to the observation deck, the Bishop (AKA Funk’s father) reminded me of the “gravity” portion of the sermon I had listened to. I understood why, when I saw the railing.

Here are more pictures from the Repurposed Series: I believe I’ve secured an invitation to future Love Feasts and even an opportunity to go pick vegetables on the farm some day.