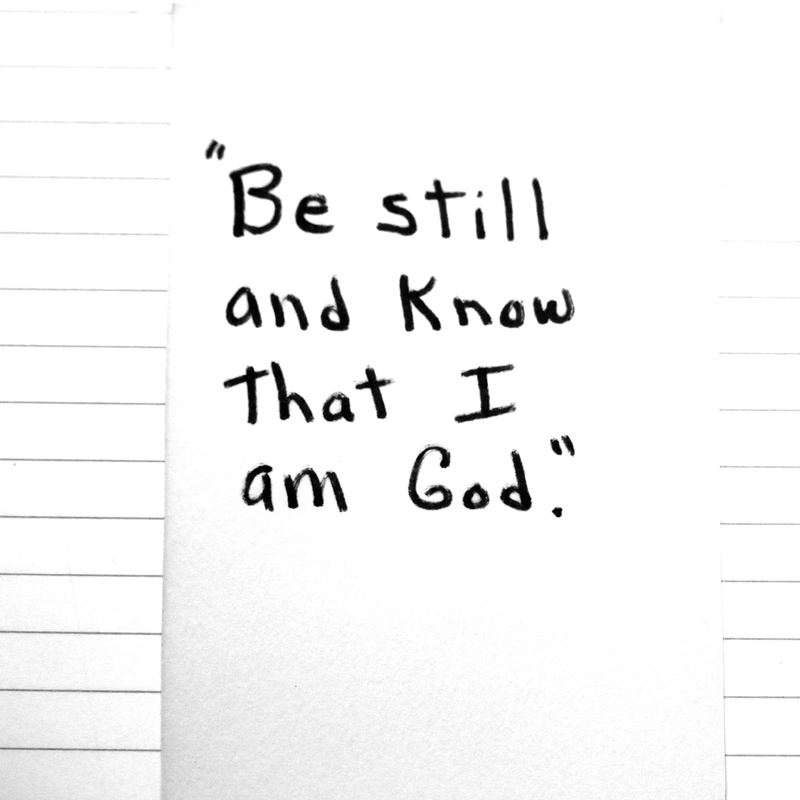 My Grandpa Paris passed away a few months after I was married in 2002. All of the stuff in his garage went mostly untouched for several years. Then about 3 years ago some of my aunts and uncles decided to rent out his garage so that Grandma could have a little extra cash each month. That required emptying out the garage.

One day I received a call from my Mom asking me if I wanted to go through any of the tools before they were thrown away. I’m not really a tool person, but I came over any way. I looked through the tools and didn’t really claim much of anything, but along the side of the garage was a big pile of random stuff. I asked what that stuff was, thinking that it had been set aside for somebody else, because it looked to be some pretty good stuff.

Only this pretty good stuff had only been set aside for the garbage man. So I started looking through it.

Somewhere in this collection I found a small picture frame, with a broken piece of glass, and a hand written bit of scripture from Romans. I grabbed this, took it home, cleaned it up, and sat it in my living room.

This picture frame was moved out of my living room when I was in deep on the floor project. Recently, I found where I had placed it and brought it back to the living room. A few hours later, I started working on cleaning and organizing and downsizing my guest bedroom. In this bedroom among the stuff I need to throw away, give away or just doesn’t quite belong to me, I found a small picture frame of the same size. I decided to take the glass from this frame and put it in the frame holding my grandpa’s scripture.

I pulled the back off grandpa’s picture frame and discovered that there wasn’t just one sheet of paper in the frame. There were several other quotes in there. I never would have found these other pieces of paper, if it wasn’t for that broken piece of glass.

The rest of the Found Series:

It definitely was a cool little discovery.