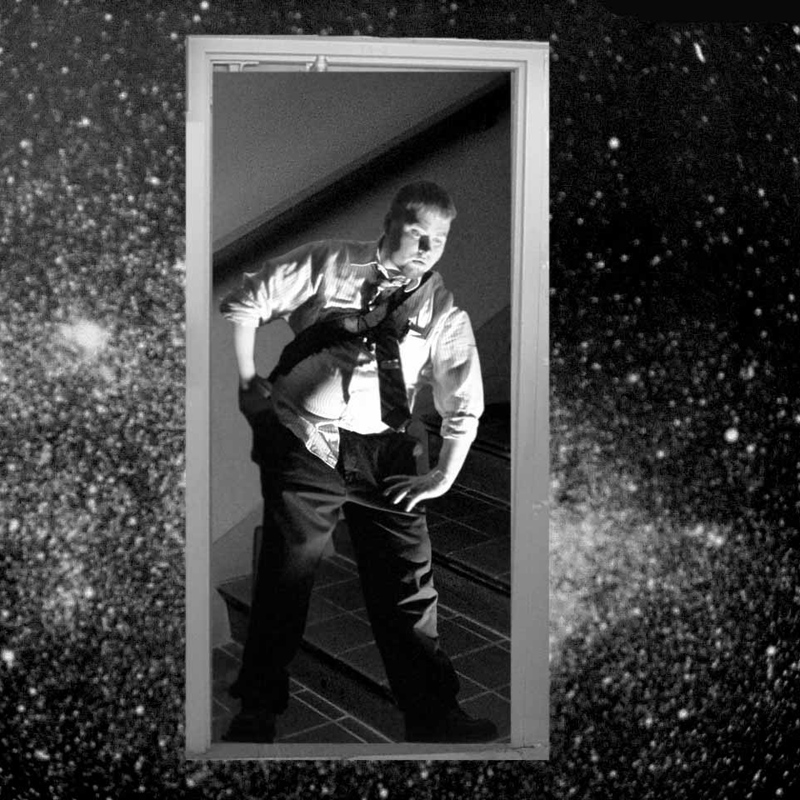 A slight explanation of these images: These are stills taken from the Anders Runestad Joint Project Universe. This was probably the best thing that Robot Monster Bros/Cheesedick Films ever made. Well, at least the most competent, any way.

It was also our first/last foray into digital media. Project Universe is a still photo film inspired by the French film La Jetee. The still photos taken for this movie were taken with a digital camera that recorded the images on floppy disks. Each floppy disk could hold 3 images. Yea… Go technology!

Jay and I were the only humans to appear in this movie. I am in exactly one scene. I play Jay’s boss.