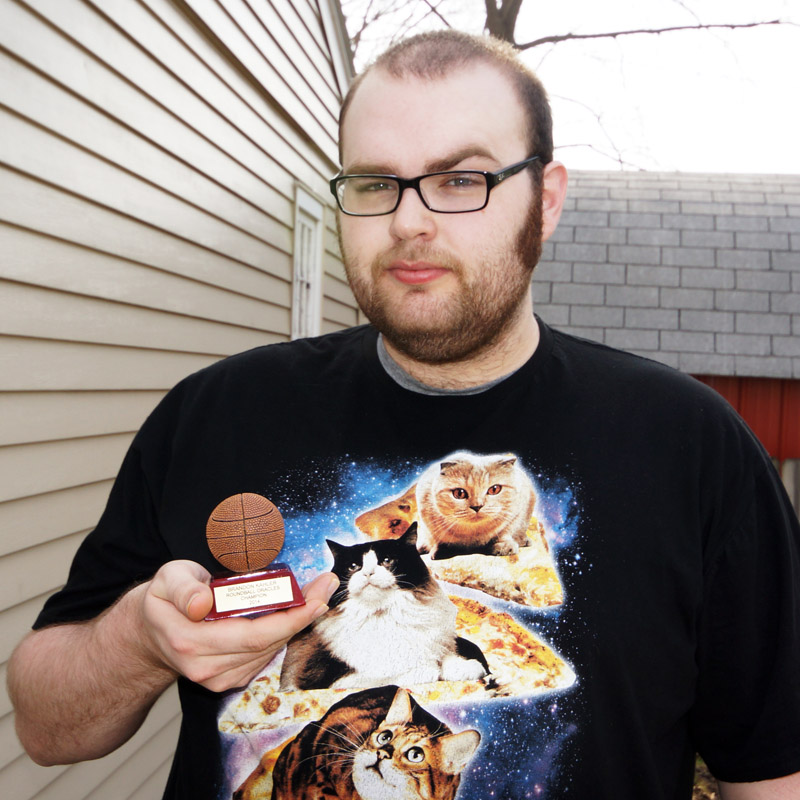 Brandon Kahler – 2014 Roundball Oracles Champion
I apologize for taking so long to reveal the champion of Year 10 of the Roundball Oracles. But I think my post college basketball season depression (or PCBSD as mental health professionals call it) was even greater this year than in years past. You know, something to do with having to play the “What If” game over and over and over again. Cyclone fans know what I’m talking about.

That being said, I’m proud that this is the first time in the storied 10 year history of the Roundball Oracles that somebody that shares my DNA has been able to hoist the unnamed championship trophy.

Past winners have included co-workers, high school locker partners, former roomies, father-in-laws, and once… even a woman!

So I’m excited this year that somebody with Bennett DNA coursing through their veins will be the reigning Roundball Oracles Champ! All is right in the world.

I know that there is a fair chance that you are wondering: “That is great, but I’d really like to know how some of my other favorite Oracles fared this year. I really root for Russell Kennerly. I like underdogs. He is like the Mid-Major of the Roundball Oracles.”*

So without further adieu, I present to you the final ranking of Year 10 of the Roundball Oracles!

But the shot didn’t fall and Micky waits another year, while Brandon’s name is carved onto the List of Immortals!

However, there is 1 more bit of business before I let you go about your merry business. In the pre-tournament post I indicated that I might create a travelling trophy. I am not doing that… at least not yet. I did award a trophy for last place this year. It is an experimental tradition. But I may in the future present a last place trophy to the lowest placing adult that gave full effort to win. Sara Lockner… the Best Loser
I am already pumped for next season. I think the Cyclones will be even better next year and if they can make it through the tourney without an injury, I expect to see them in the Final Four next year. So I’ll be seeing you next year in Indianapolis!

*Inside joke that 3 people will get and 1 of them doesn’t even subscribe to this blog!