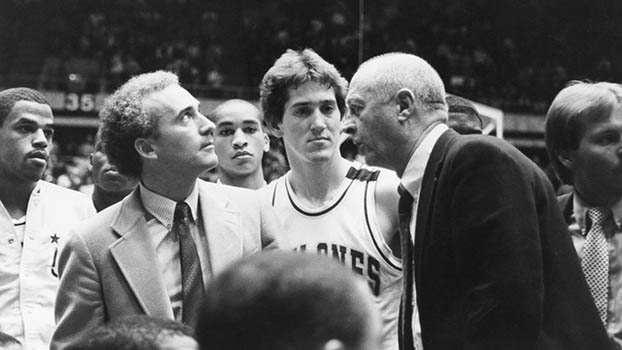 This week’s list is my 5 Favorite Cyclone Basketball Players.

For the purpose of this list, current Cyclones are ineligible. If I update this list in a year or so, I would be shocked if Georges and Jameel aren’t on it. Or even Duley. Naz and Matt and Monte in 2 years. Maybe even Deonte.

There is something I do love about every current Cyclone. However, this is a list about the past. Let’s get to it.

Royce only played for Iowa State for 1 year, but he put Iowa State back on the map. he was the most unique basketball player I’ve ever seen. He was built like a defensive lineman, but the guy had handle and incredible court vision. The only other Cyclone that could ever pass like Royce White was Jamaal Tinsley. Strike that. The only other college basketball play I’ve ever seen that could pass like Royce White was Jamaal Tinsley.

The reason Royce will always be one of my favorites is that after what felt like an eternity wandering the desert, Royce White took Iowa State back to the NCAA tournament.

When Creighton, thankfully, took the UNI grad that was posing as a basketball coach off of ISU’s hands, Fred Hoiberg took over as the head Cyclone. I was livid at the time. I thought it was a gimmick. A publicity stunt. Iowa State would stink for 5 more years and then we could hire a real coach. Then in 5 more years, we might be decent again.

I first began to have faith in Hoiberg when he signed Royce White. I was a believer when Royce leads us back to the dance.

Royce’s team lost to the eventual National Champions the Kentucky Wildcats. In a game that featured about 7 future NBA lottery picks, all playing for Kentucky, Royce White was the best player on the court.

One of my all-time favorite plays in Cyclone history was when Royce White blocked a shot, rebounded the ball, dribbled the length of the court and then dunked it.

Then he beat his chest and yelled at the crowd, “I’m the best player.”

He was. It makes me sad to think what Iowa State could’ve done if Royce had returned for 1 or 2 more seasons.

Fizer is probably the best player in Iowa State history. I believe he is the only McDonald’s All-American to ever play at Iowa State. He didn’t start his career out like a future lottery pick, but when he got it going, he was the star of the greatest team in Cyclone history.

That team won both the Big 12 Regular Season Championship and the Big !2 Tournament Championship.

Iowa State would get shafted with a 2 seed for the NCAA Tournament and be placed in the same region as the unanimous #1, the Michigan State Spartans. To make matters worse, the Elite Eight matchup was basically a home game for the Spartans.

Iowa State still probably would’ve won that game, but (similar to Bill Self) Tom Izzo travels with his own personal refs. In the final minutes, the refs called a Blarge and fouled out a key Cyclone.

Don’t know what a Blarge is? It is because it is a made up BS call to steal our National Championship and give it to Michigan State.

To this day I hate everything about Michigan State. They can burn that school down, and that I would show up with marshmallows and graham crackers.

That being said, Fizer was the Big 12 Player of the Year and a First Team All-American. His dunk on Texas center Chris Mihm was one of the greatest plays in Cyclone history.

Tinsley was Fizer’s running mate. Although Monte Morris (when he is done) might have something to say about this, Tinsley is the greatest point guard in Cyclone history. He was also perhaps the greatest winner in Iowa State history.

Tinsley played 2 years for Iowa State. He never lost a game in Hilton Coliseum. Iowa State also won 2 Big 12 Regular Season Conference Championships and 1 Big 12 Tournament Championship while Tinsley was at Iowa State. He helped lead Iowa State to the Elite Eight and there is no reason to talk about the following year’s NCAA Tournament.

It just wasn’t Tinsley’s success that causes so much affection for him. Tinsley was a New York City guard. That means that his game had flair. He had the best handle of any player I’ve ever seen (in college). He had the ability to make anybody that tried to guard him look foolish with his vast array of moves. On more than one occasion, he dribbled the ball between a hapless opponent’s legs on his way to the hoop.

It was just so much fun to watch him play.

There are many reasons I love Melvin Ejim. One of the reasons is that he was a student-athlete. He is the first Big 12 Player of the Year in history that was also an Academic All-American.

Melvin holds the Big 12 Single Game Scoring Record by scoring 48 against TCU. Most of those points were scored by thunderous dunks.

Ejim also is a perfect example of hard work and determination. Every year he got better. Every year.

When Ejim graduated he was Iowa State’s all-time leader in wins. (Niang has since eclipsed this record.) He was part of 3 NCAA Tournament teams, including a Sweet Sixteen run his senior year.

But more than anything, Melvin Ejim is just the kind of person you want representing your alma mater. Intelligent, eloquent, hard working, and capable of delivering soul shattering dunks.

Willoughby is my favorite Cyclone of all-time, but by the slimmest of margins. On any given day he could be swapped with Ejim. However, on this day, I’m giving Willoughby the nod. Willoughby’s staying power comes from 2 facts.

1. He was the best player on the first Iowa State basketball team I loved.
2. With apologies to Naz (and maybe Monte), Willoughby was the most clutch Cyclone in history.

Willoughby’s Cyclones were a ragtag bunch of players that were seemed like they came out of a Hollywood sports movie. Kelvin Cato – the shot blocker. Shawn Bankhead – the defensive stopper. Jacy Holloway – the point guard that doesn’t shoot. Kenny Pratt – the greatest junkballer ever.

If you saw these guys on the basketball court, you’d never expect them to win a game, but they won the final Big 8 Tournament Championship.

Willoughby was this team’s sharpshooting leader. He is the only Cyclone to make more than 100 3 pointers in a season. His teams played at a considerably slower pace than the current Cyclones too.

It saddens me how few Iowa State fans remember Willoughby now. That is okay, we have to appreciate what we have now too.

But as always, feel free to express your own opinion in the COMMENTS section below.