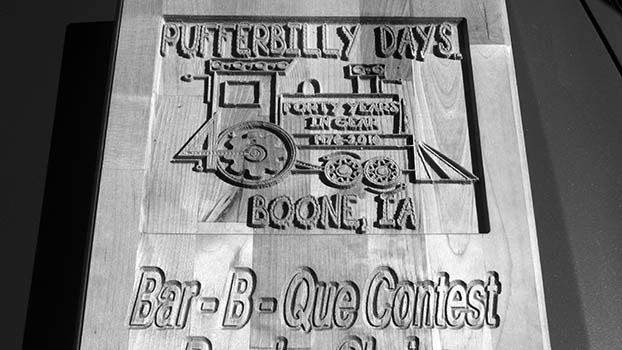 That being said, here are some pictures from Baby Got Rack’s day at the Pufferbilly Day Barbecue Contest: 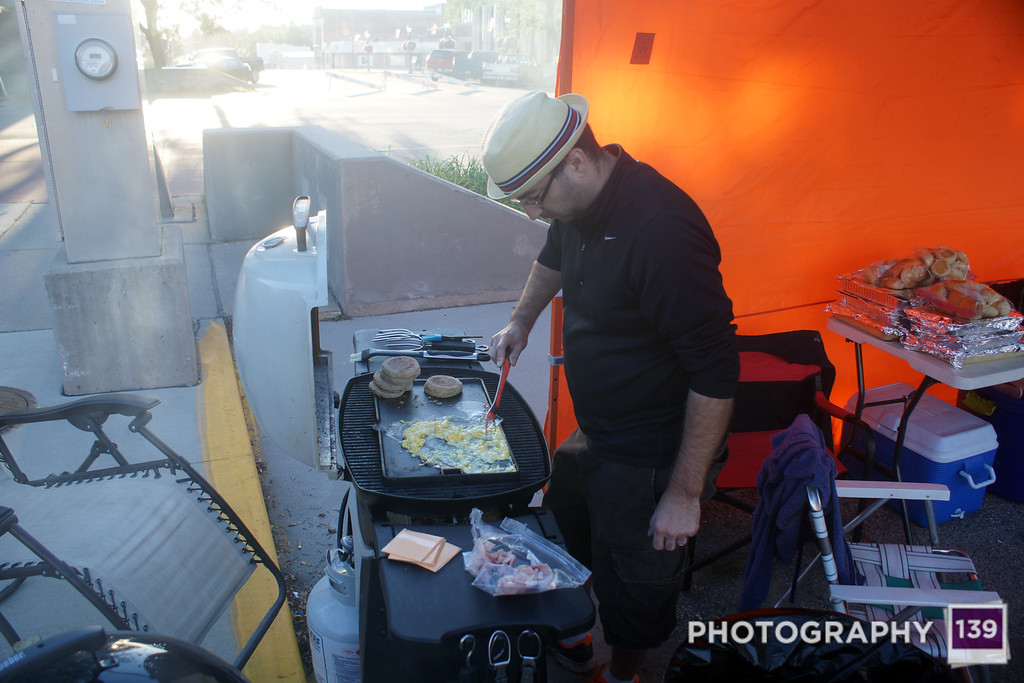 Marcus whipping up a batch of Marfins. Not to be confused with Scuffins. Which is an entirely different thing. 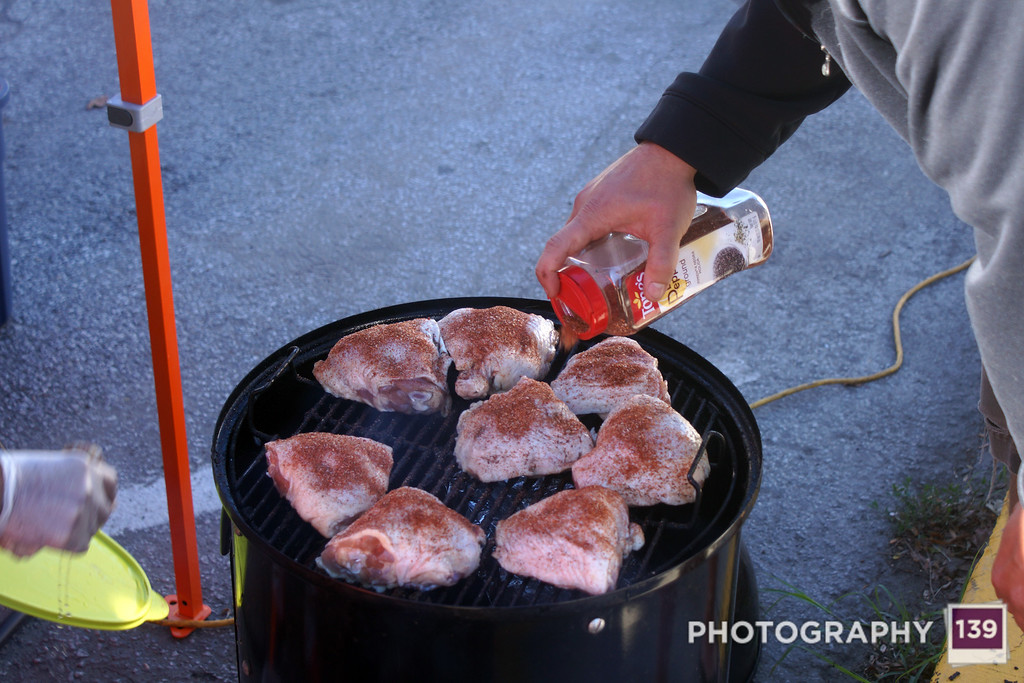 That’s not Tone’s. That is our proprietary rub. 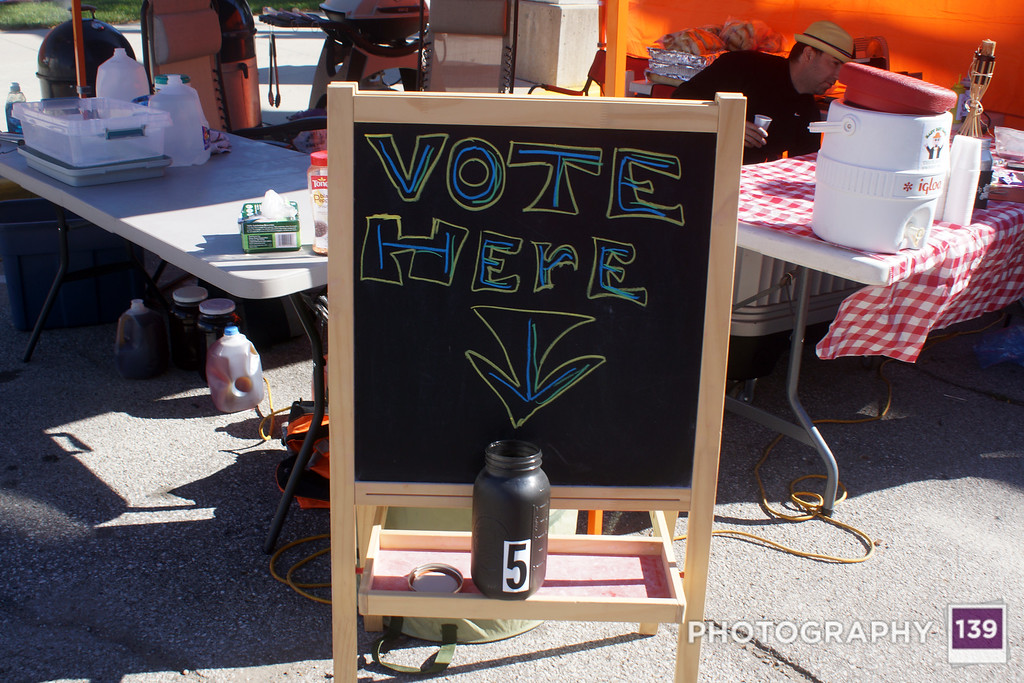 Vote 5! Stay alive! It sounds like a threat but, well maybe it was a threat. 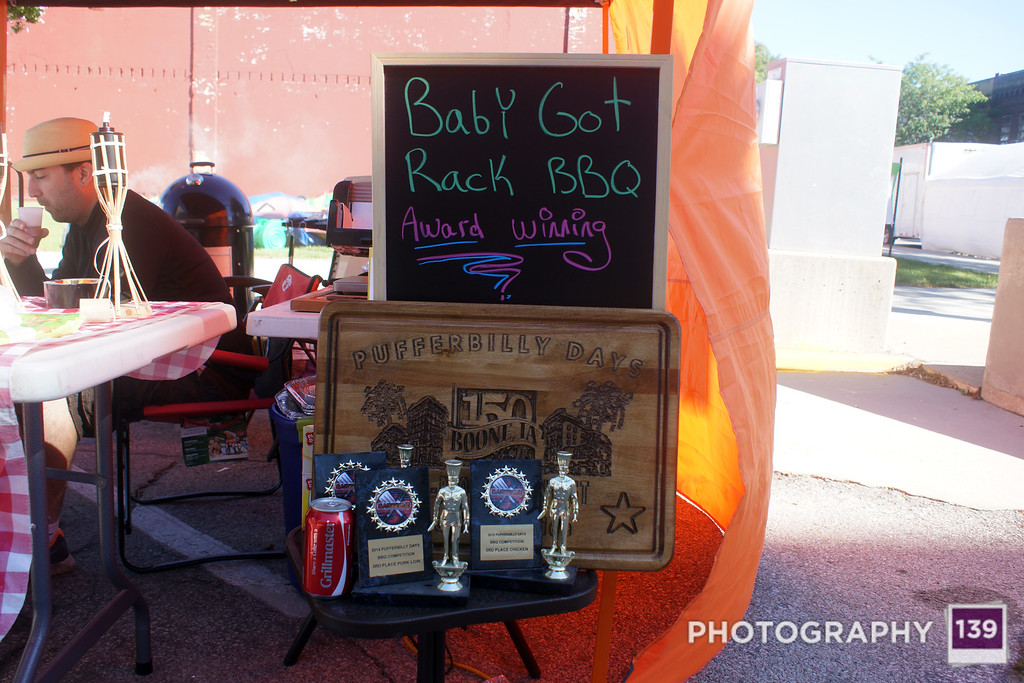 Not all of our trophies are on display. That Coke can might have been self-awarded. 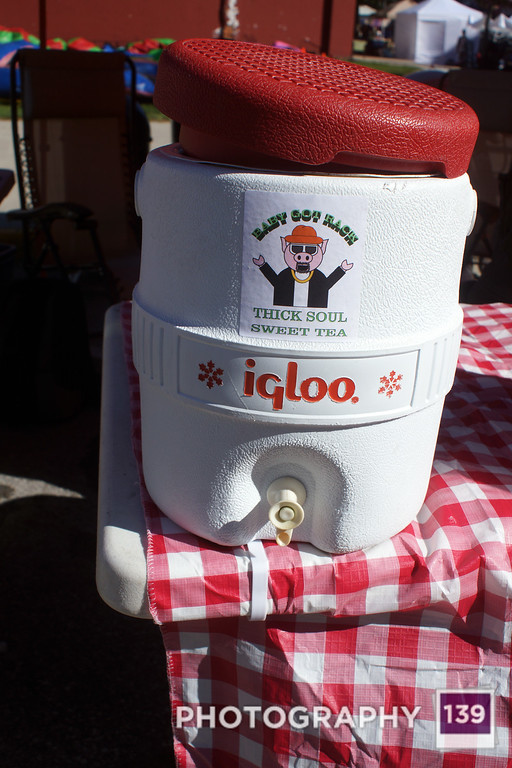 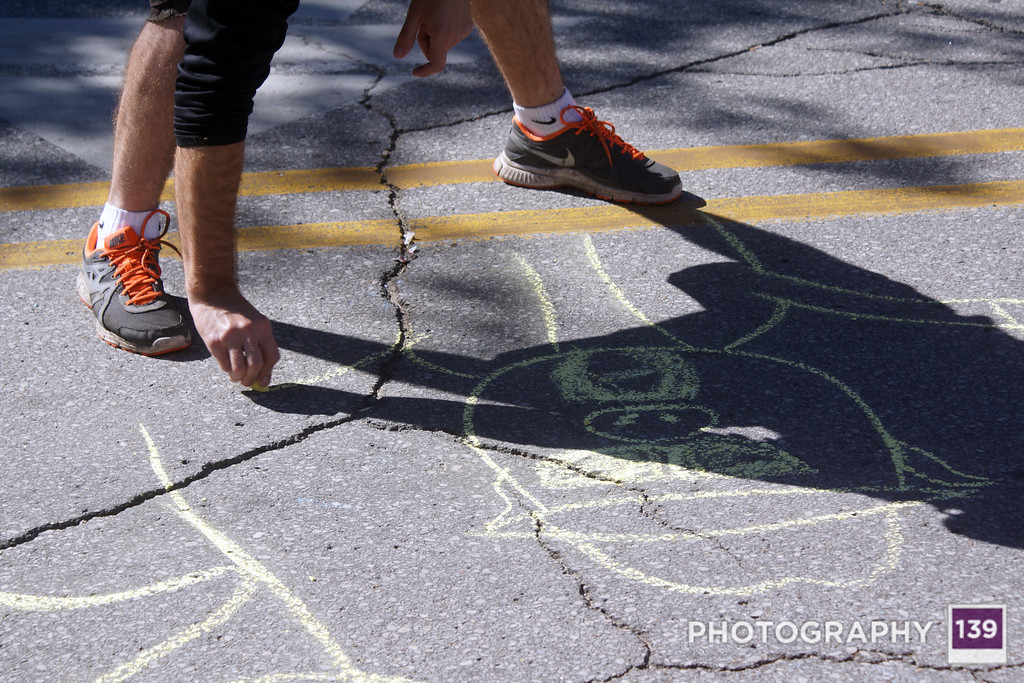 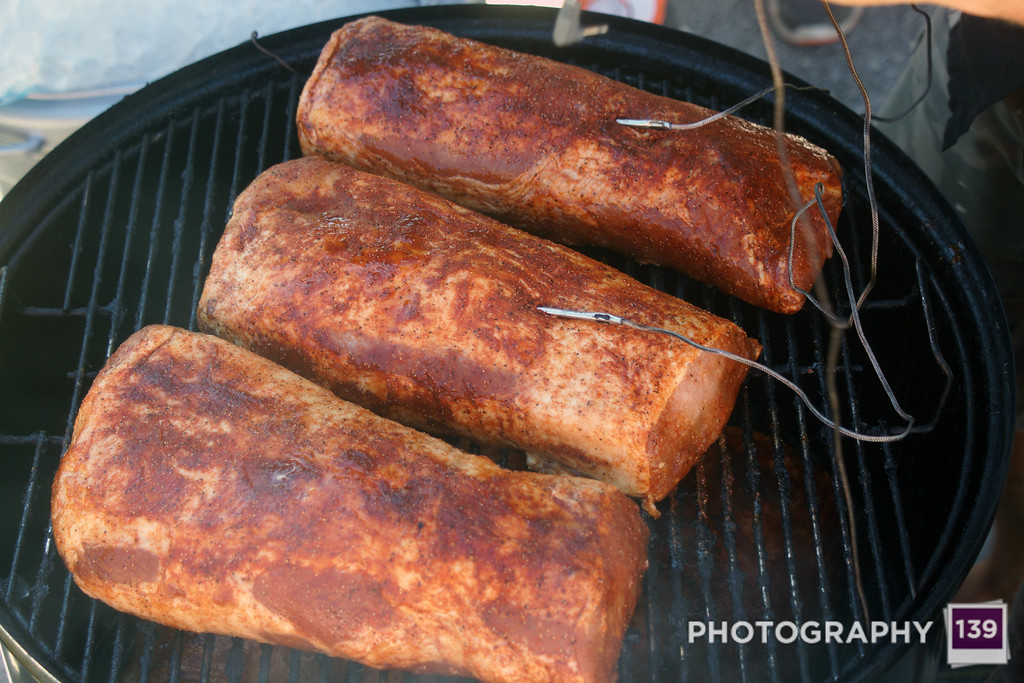 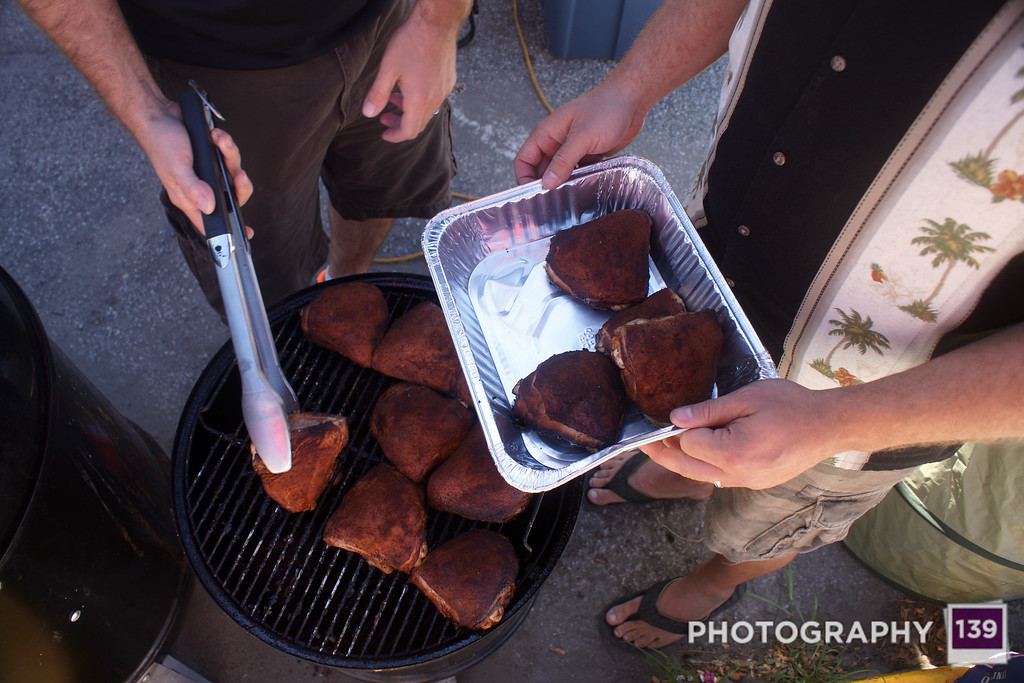 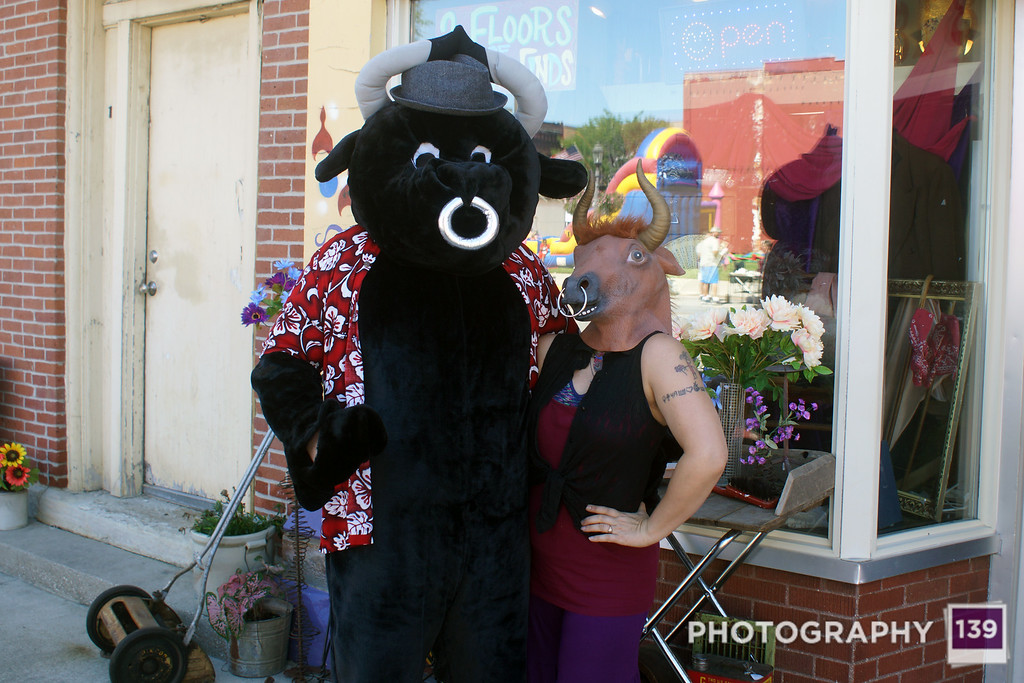 Scottie D. and I (mostly Scottie D.) brokered a deal for a silver pig from Paradox. We partnered with them (Baby Got Rack is all about synergy) at first to borrow the pig for the day. But then we sweetened the deal with a gallon of Thick Soul Sweet Tea and a ton of barbecue and that pig came come with me. Part of the partnering process included our bull getting a picture taken with their bull. If you have never checked out Paradox, I would highly recommend it. It is a pretty sweet store with some pretty sweet stuff.

We handed out pork loin sliders. Marcus cut the meat. I cut the buns. Scottie D. worked the crowd. 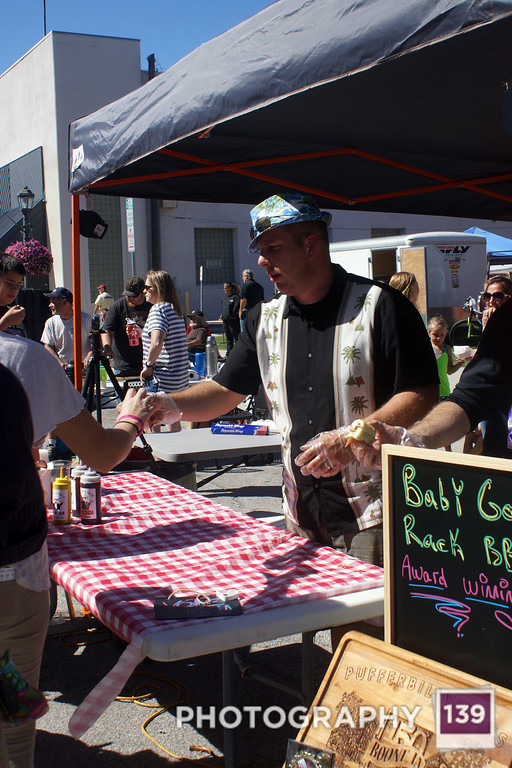 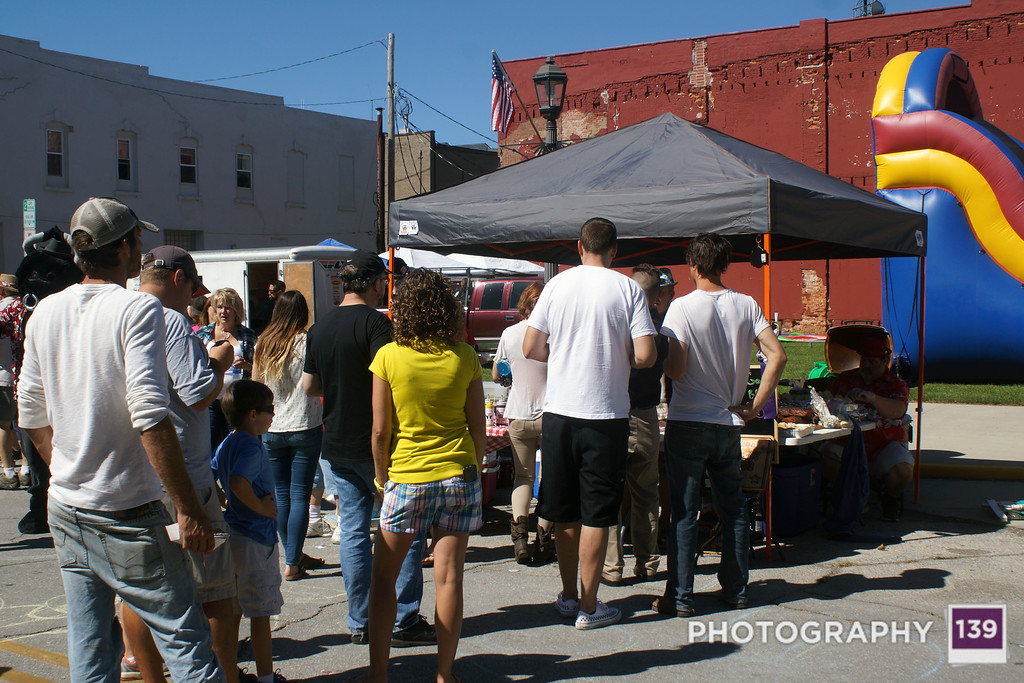 The line for Baby Got Rack! Is that famous Flat Earth Theorist Joe Lynch in the crowd. You better believe it! 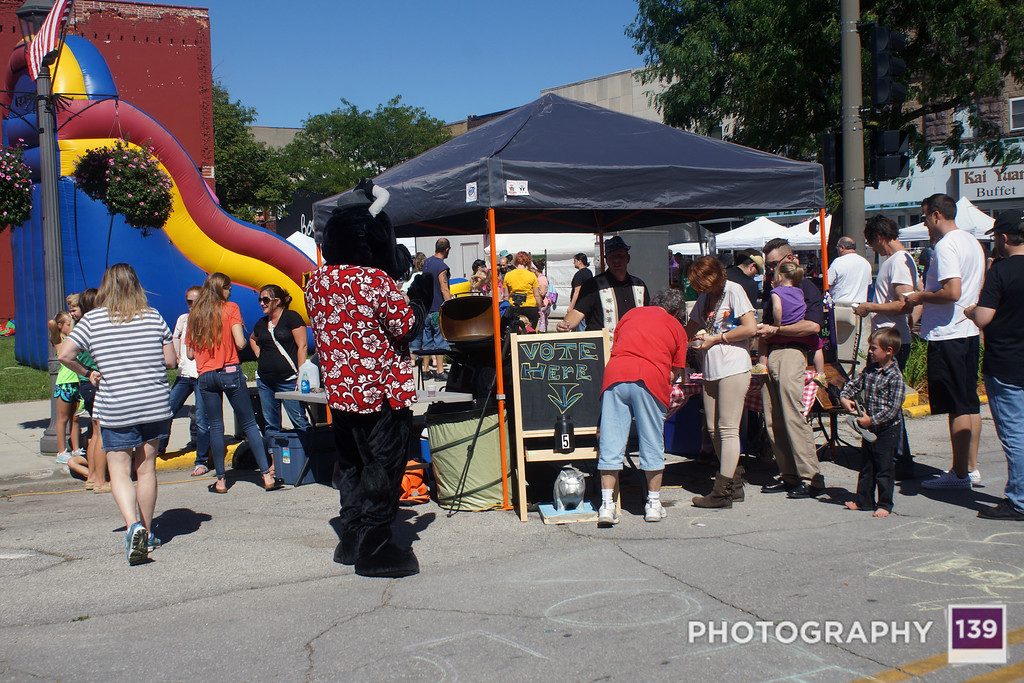 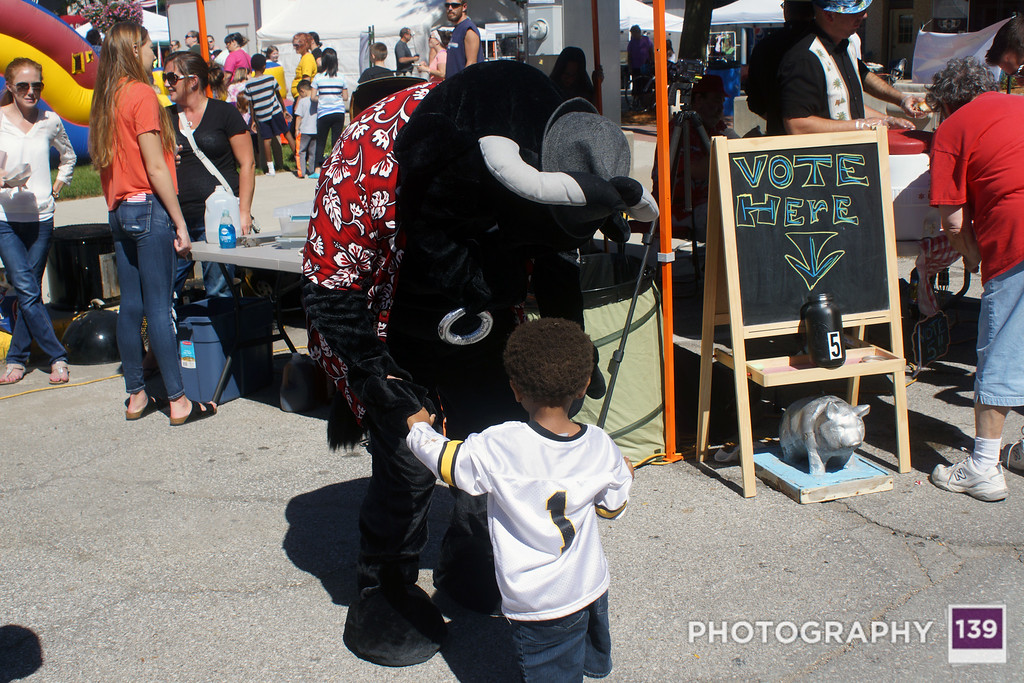 Did we win the kid’s vote? You bet your bottom donut! I’m being told that most people don’t use donuts for currency. I’m confused. 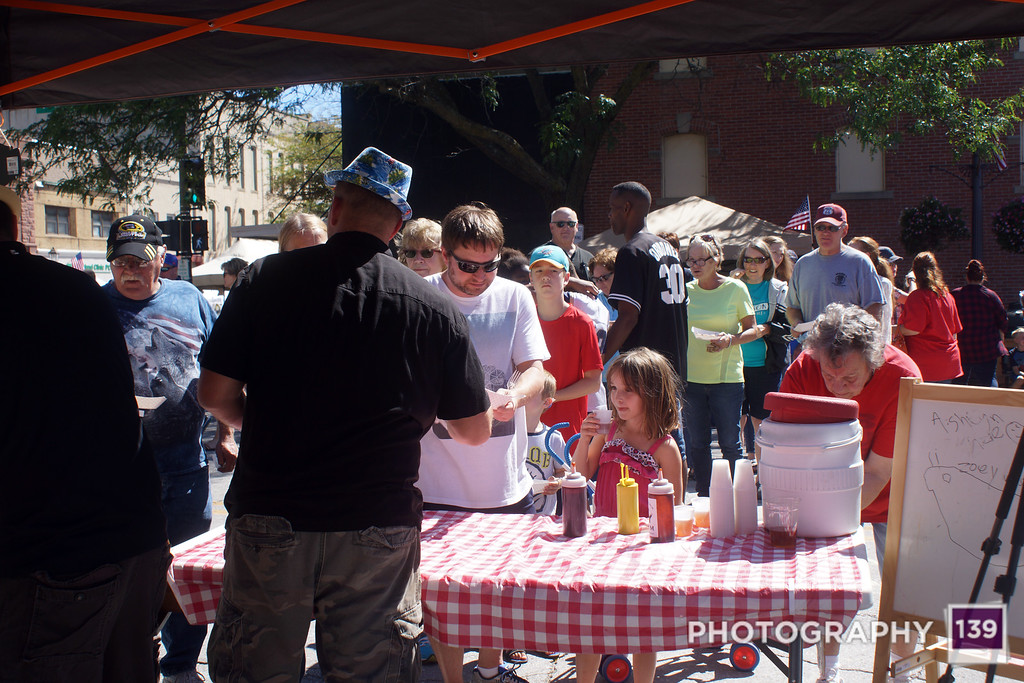 Baby Got Rack currently has two kinds of barbecue sauce. S + M and for the more daring sorts Anaconda Picosa. Story about that later. 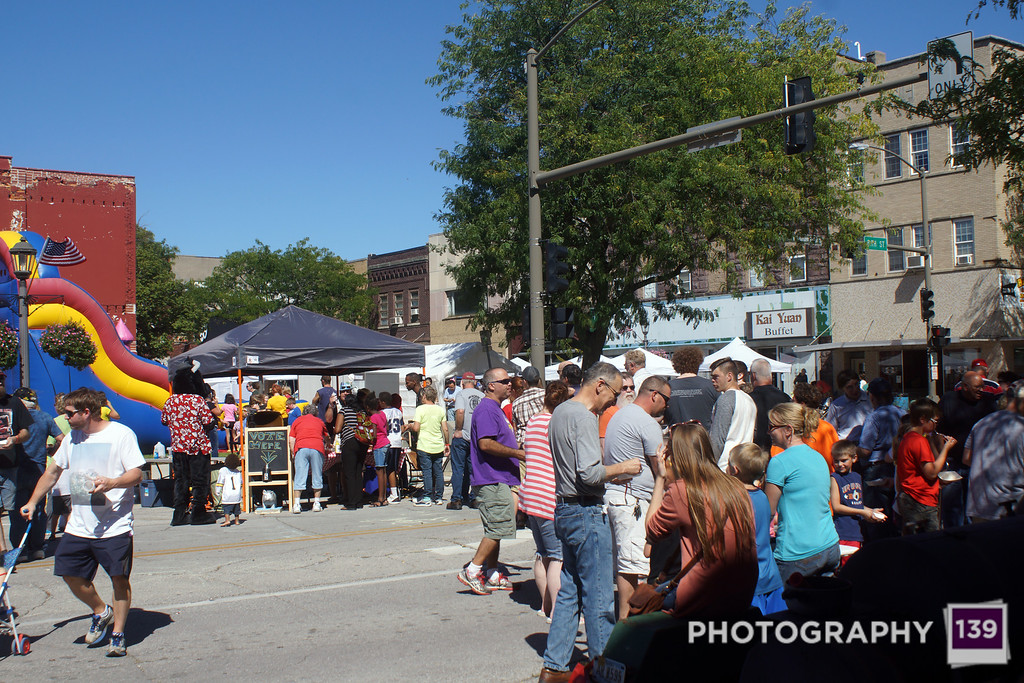 Look at that line! People’s Champs! 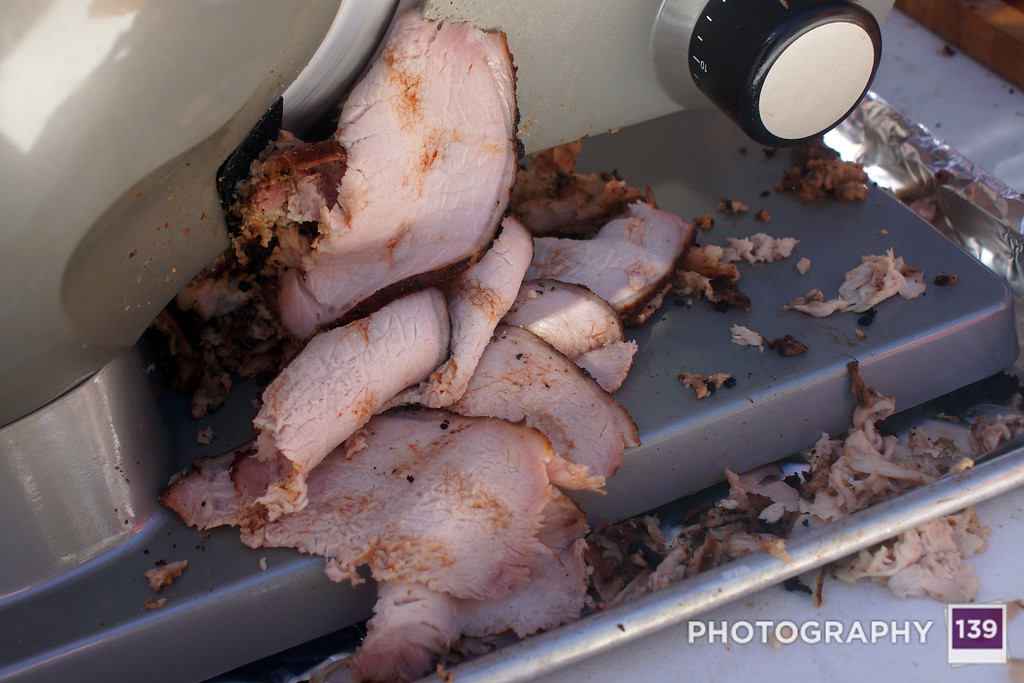 Mmmmmmmm… Do you want to know what is in our injection? Love and goodness and other stuff. 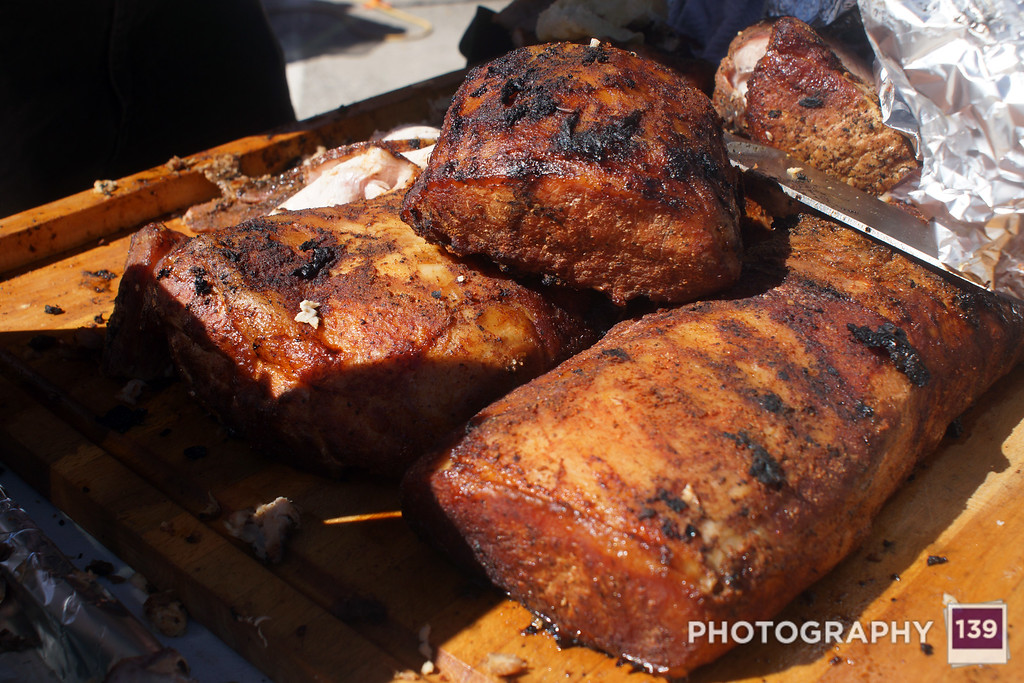 Maybe we’ll do pork loin for my birthday next year. Maybe I won’t do a birthday party next year. One never knows. 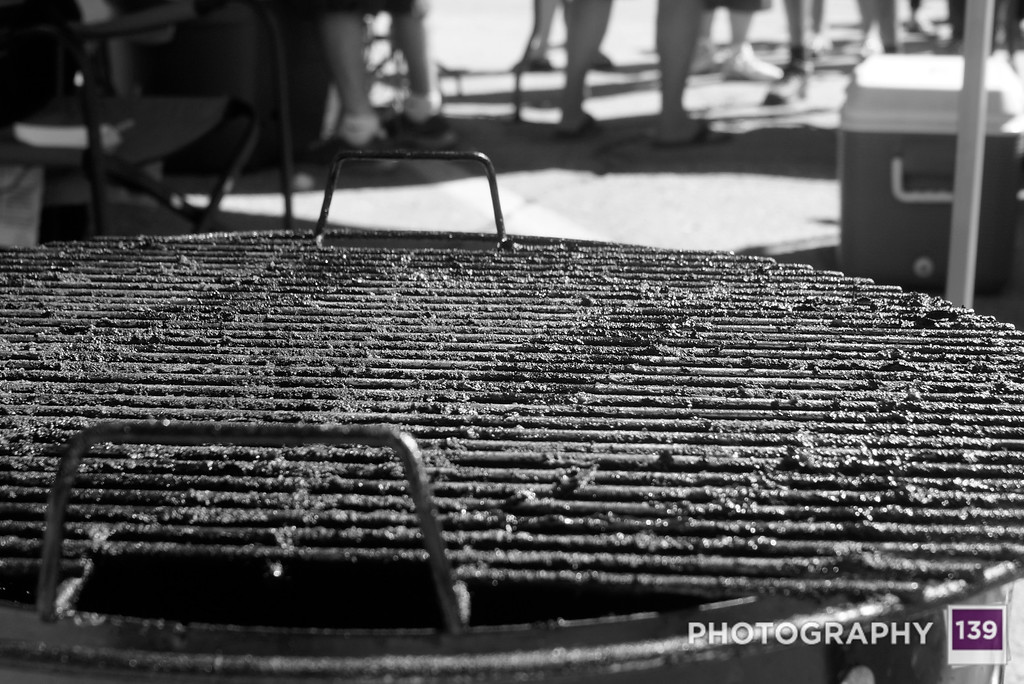 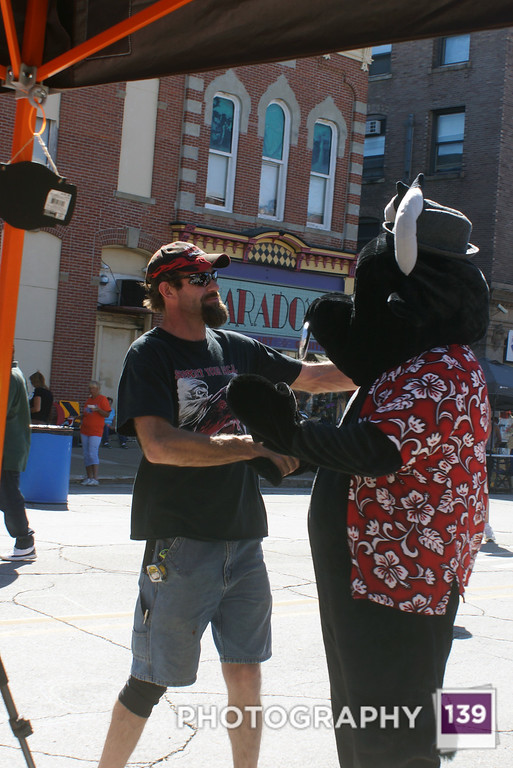 This guy stopped by in the morning when we didn’t have any food to give out. We recruited him to come back and HE DID! Feeling the Baby Got Rack love!

Always time for a selfie with Bull! 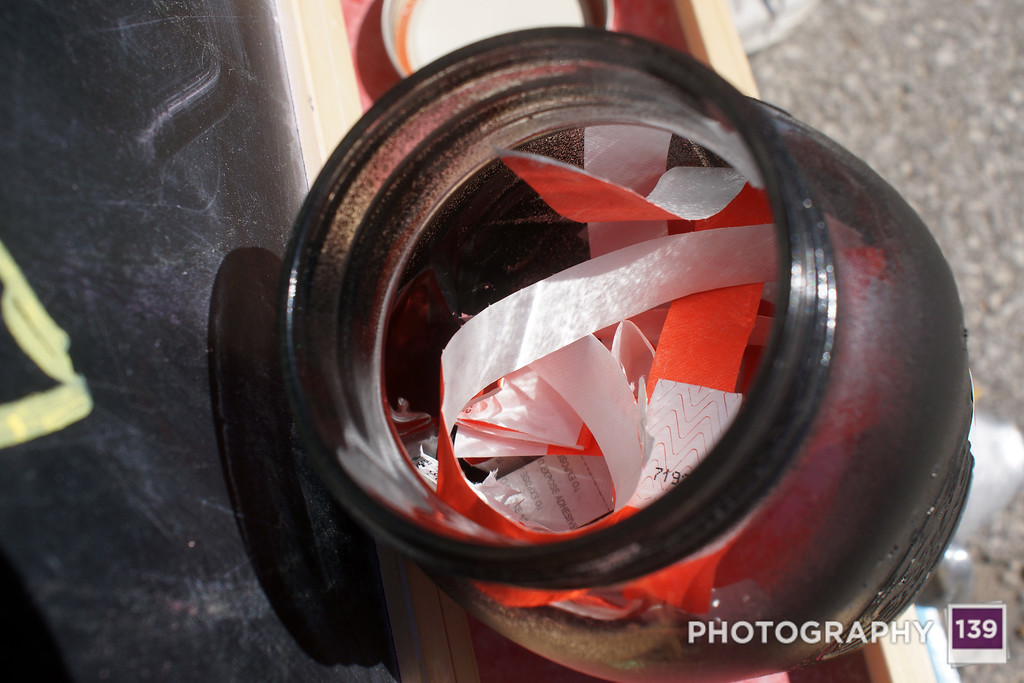 Look at all these votes!

First, thanks to Carla for taking many of these pictures.

I told you we had two sauces: S + M and Anaconda Picosa. Anaconda Picosa is our spicier sauce. Scottie D.’s job while working the crowd was to explain the difference between the two sauces to the people. One guy approached the table and Scottie D. said, “Are you trying the Sweet + Mild?”

The guy stared Scottie D. down. There was 5 seconds of silence. Then he said, “Do I look Sweet + Mild?” He paused and then continued, “I’m an anaconda!”

He might’ve flexed after that, I’m not sure because I was laughing so hard.

This one is creepier.

One of the other barbecue combatants arrived at Baby Got Rack’s tent early in the morning. To deliver this message:

“I’m going to win the People’s Choice Award this year. My niece… well she’s smokin’ hot. When it is time to give out samples, I’m going to have her come up here and hand out the samples dressed all sexy.”

There was some manly banter that I definitely don’t want to bore any females in the audience with.

A few hours later, he came back. This time, he had his niece with him. Holding a pan of samples for us to try.

“See what I’m saying?” He blurted out.

All I’m going to say is he better get a sexier niece for next year, cause you know who went home with that People’s Choice Award!

Finally, if you want to see all the Baby Got Rack images from 2016 (there might even be a picture of that niece in there) click on the link below:

That concludes the competitive barbecue season for 2016, but I’m sure Baby Got Rack will be back with a vengeance in 2017! Winning all the hearts and minds and trophies!

14 thoughts on “Can You Smell What the People’s Champ is Cookin’?”