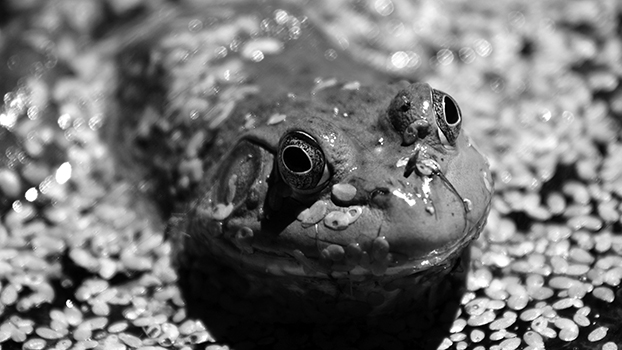 This blog has hit a milestone. This is the 2500th post since I started “An Artist’s Notebook” on August 9, 2006. A lot of different things have went through these pages over the last 10+ years, but I hope I’ve stayed true to the original vision I laid down in that very first post:

So here is the first journal entry. I felt like having as pretentious sounding name as possible for my journal. I have a few goals about this journal. My main goal is just to actually write in it. My second goal is to be as truthful as possible towards my true thoughts and feelings. I have another journal on another website, but it is really just a collection of sarcastic statements and cheap jabs at open faced sandwiches. This journal is meant to be about what my achievements and failures are in the world of art. What projects I am working on and what I have accomplished and what I have failed to accomplish. What I am photographing and what I am thinking about entering in photo contests. What I am thinking about. It might not always make sense. It might just be things I need to write down because they strike me as poignant or inspirational. This is in a small way an online “idea box”.

I do also have a goal of producing something that makes me worthy of having a pretentious sounding journal title like: “An Artist’s Notebook”.

It is strange to think that one of the things that I was originally committed to was the TRUTH. For many years the “motto” of this blog was “Art is a lie that reveals the truth.” Now we live in a post-truth society. Truth has had a hard time. If Justin Timberlake can bring sexy back. I can bring truth back.

I hope in these last 10+ years I’ve stayed pretentious enough for the title “An Artist’s Notebook”. I’m sure some of you will argue that I have. Those of you that like to push the “elitist” lie.

The first JOURNAL ENTRY would go on to tell a story about Photo Contests:

So last night, I attended the Iowa State Fair Photography Salon Reception with Sara. I figured that the two pictures that I had accepted for display would be a picture of Jay entitled “Portrait of a Self Portrait” and a picture of a bullfrog entitled “Kentucky Appetizer”. I didn’t have any real strong images to enter into the contest this year, but I felt that I had some that were good enough to display, but probably not good enough for ribbons. I was correct. Those were the two pictures selected for display. They did not receive ribbons.

So now I turn my attention to the Pufferbilly Days Photo Contest. I wasn’t going to enter this contest because I have been frustrated in the past by the way it is ran. The pictures are never displayed on the day that they are supposed to be displayed. Instead, they might be displayed as late as 48 hours. The second thing about this contest that sticks in my craw is that they don’t put the names of the photographers or of the image up anywhere. Basically, there are a bunch of pictures up and who knows who took them.

Jay talked me into entering this year’s contest. I told him that I didn’t like having to put any emotional investment into this contest, when it was so poorly ran.

He said it wouldn’t require any emotional investment. I could just put the pictures I made for the Ogden Fun Days Contest into the Pufferbilly Contest and whatever happens happened.

For better or worse, I’m just not wired in such a manner. There are very few things in my life I can just say “what happens, happens.” Photography certainly isn’t one of them.

He did convince me it was a waste not to enter one of the few contests around here just because it was so poorly ran. So, I am entering. I need to come up with 6 entries by August 31. That is the limit and I do not want to do anything less than the limit. I don’t want to mail it in.

So I started a sentence with the word “so”. How very lazy of me. Hopefully I’ve improved in that vein over the years.

It is interesting that I’ve now semi-retired from Photo Contests. I haven’t entered the Pufferbilly Days Contest in years because it is so terribly, dreadfully run. Last year I didn’t enter the Iowa State Fair Photography Salon for the first time in probably 15 years. I just didn’t have the fire in my belly for it. The Ogden Fun Days Photo Contest folded after 1 year.

I may come out of retirement this year. Even though the Pufferbilly Days Contest, is so terribly, dreadfully, awfully run.

That picture of Jay? Use your imagination.

In 2500 posts, this blog has went through 3 different platforms. There have been 2,166 comments left. That makes me kind of sad. But I’m sure I’ve received some feedback via email. I’m hoping.

The people to be referenced in posts the most often:

Thanks to everybody that has given this blog a modicum of success through 2500 posts. Here is to the next 2500!