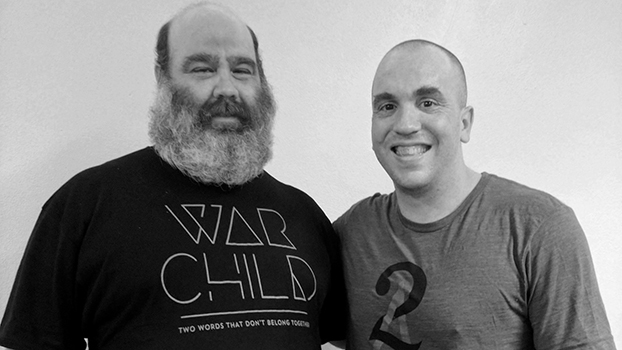 On Wednesday night we had former Iowa State basketball player and current Christian Missionary Jake Sullivan come speak to our youth group. We had a potluck dinner and then Sarah G. ran Devotions before he spoke.

I wish more of you would’ve made it, because he gave a great and inspiring speech about fishing for people. He started his speech talking about his basketball career with a story about how he was heavily recruited, but he didn’t have any scholarship offers until he put up 42 on Dwayne Wade.

He told the story about how he wasn’t raised in a house of believers, but what lead him to God was following a girl he wanted to date to the SALT Company.

He also talked about how after his basketball career was over, he was worried he would never get the feeling he got when he hit a big shot in Hilton. It was praying on this worry that lead to his mission work in Africa and Iowa and Minnesota.

However, the story that he told that I will remember most was when he was running a basketball clinic in a bad part of Chad. All of Chad is a place you don’t want to be, so you can imagine how bad the bad part of Chad must be.

On the last night of the clinic, 4 black government SUVs pulled up to the clinic. A bunch of government officials in military uniforms got out. Jake thought for sure that he was going to jail for his faith and he was prepared to do it. Even though he had a wife and children waiting at home for him.

Instead, what happened was that the government was there to give him more land to do his mission work. This is the kind of thing that doesn’t happen in a Muslim country that is torn apart by civil war and has 4 different terrorist organizations on all 4 sides.

But why were they doing this?

Jake pointed out this wasn’t part of some plan he had hatched. He sat down in the dirt and ate with them, because that is how they ate. They sat in a circle on the ground and ate. He sat with them because that is what he thought he was supposed to do.

A real God Moment. Plus a great lesson. If you are going fishing for men or if you are showing people the love of Jesus, you have to get into the dirt with them. God meets people wherever they are and you have to do the same.

As the saying goes, “Church isn’t a museum for good people. It is a hospital for broke people.”

Guess what? We’re all broken. And after we heal, we are strong at the broken places.

After the speech was over, Teresa came up and said she needed to get my picture with Jake Sullivan for Mom.

So I went up and told him, “My sister needs a picture of us together because my Mom wants it.” Then I paused and I added, “I want it too!”:

After the speech one of the kids in the youth group stopped me and said, “You should book more speakers like him.”

I told him, “There just aren’t a lot of Jake Sullivans in the world!”

3 thoughts on “Acts 2 Collective – Getting in the Dirt”